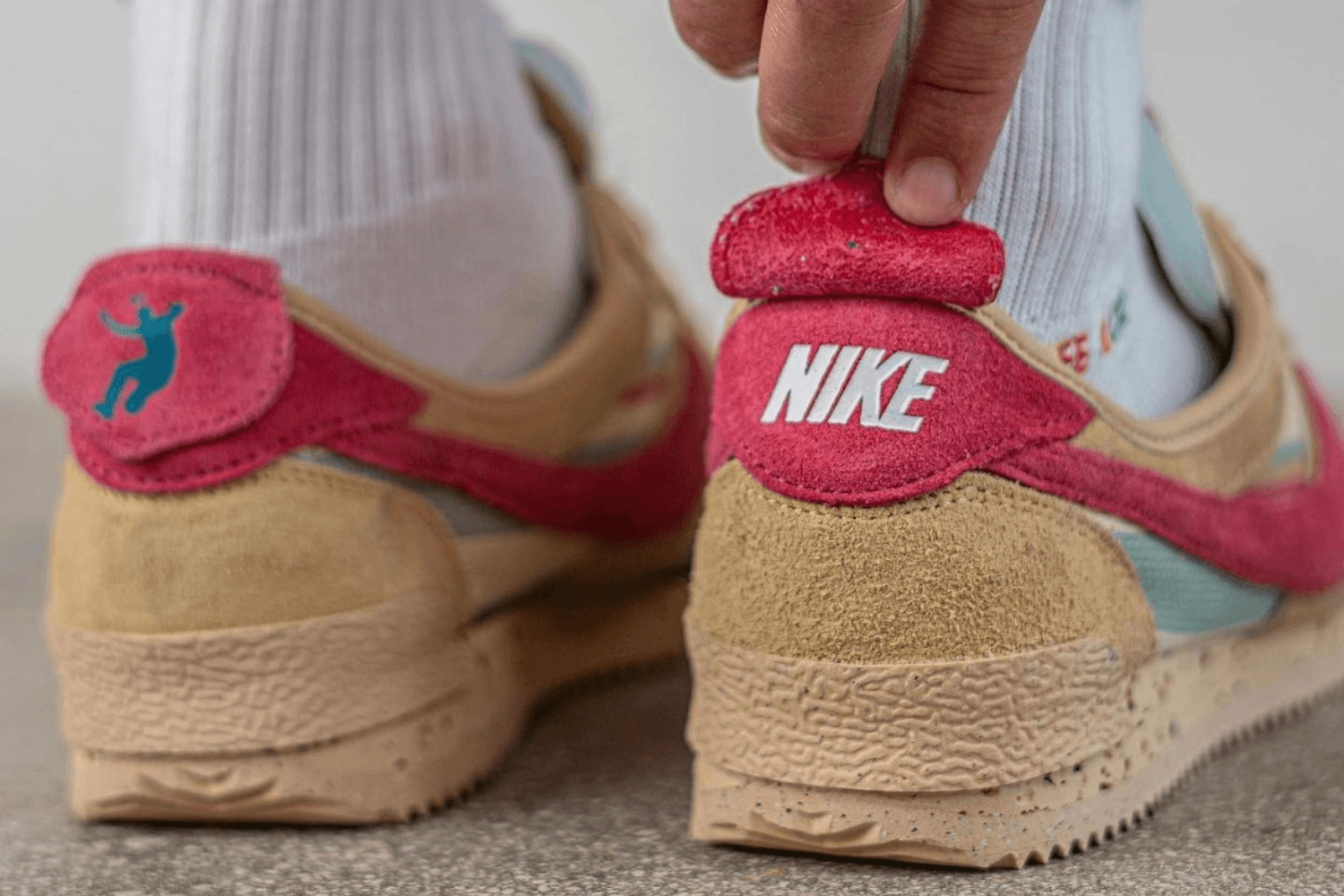 Union LA has once again teamed up with Nike. This time, the two names come up with a Cortez in the colour 'Tan Pink'. The pair takes its inspiration from the Air Jordan 4 'Guava Ice' which was released in 2020.

The pair has a cork midsole and is speckled. The 'UN/LA' label can be found on the toe of the pair and on the tongue. Another striking detail is the flap on the heel tab. On the heel tab, we see a blue figure and it can be flipped over. Underneath is the Nike logo.

Union LA has designed a number of iconic sneakers with Nike in the past. This included several colorways of the Air Jordan 4, including the 'Guava Ice', which shares the same colour scheme as the 'Tan Pink'. Images of various Union LA x Nike collabs also surfaced in 2021. For example, we saw images of the Air Jordan 2 'Rattan' and 'Grey Fog'.

Union LA is also coming out with a Nike Dunk Low. This pair also has no release date yet. The Union x Nike Cortez 'Tan Pink' will most likely be released in 2022. 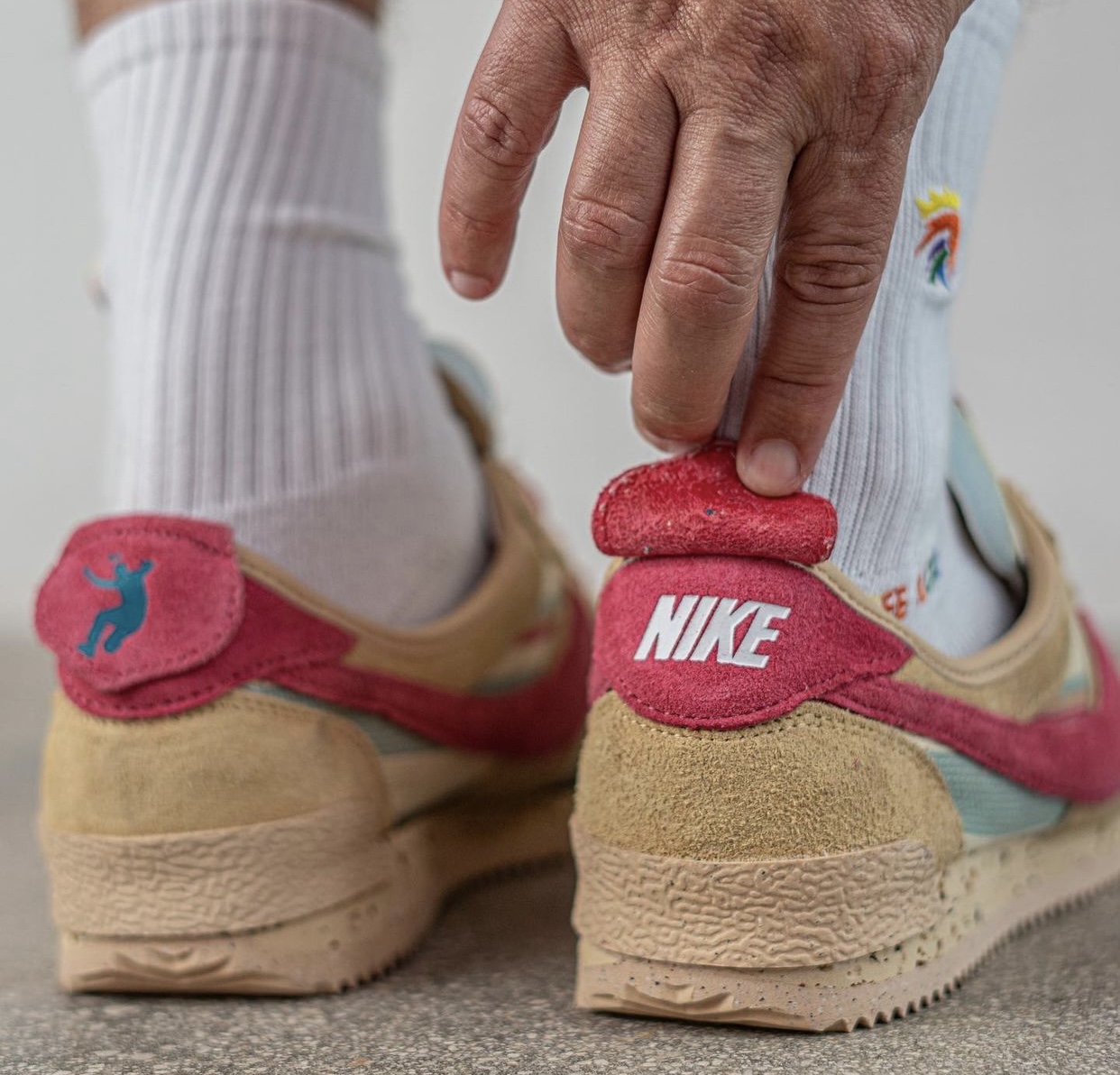 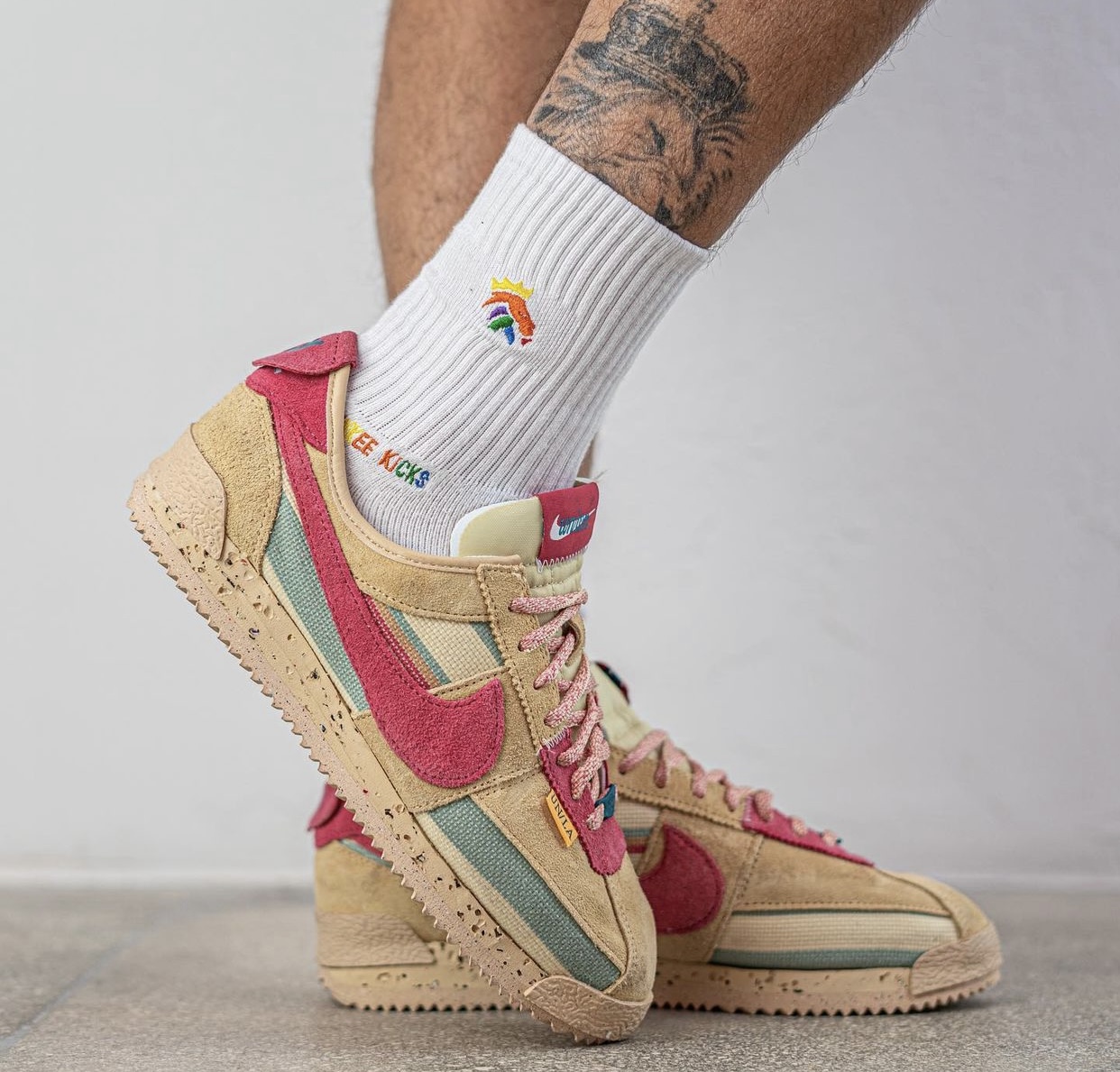 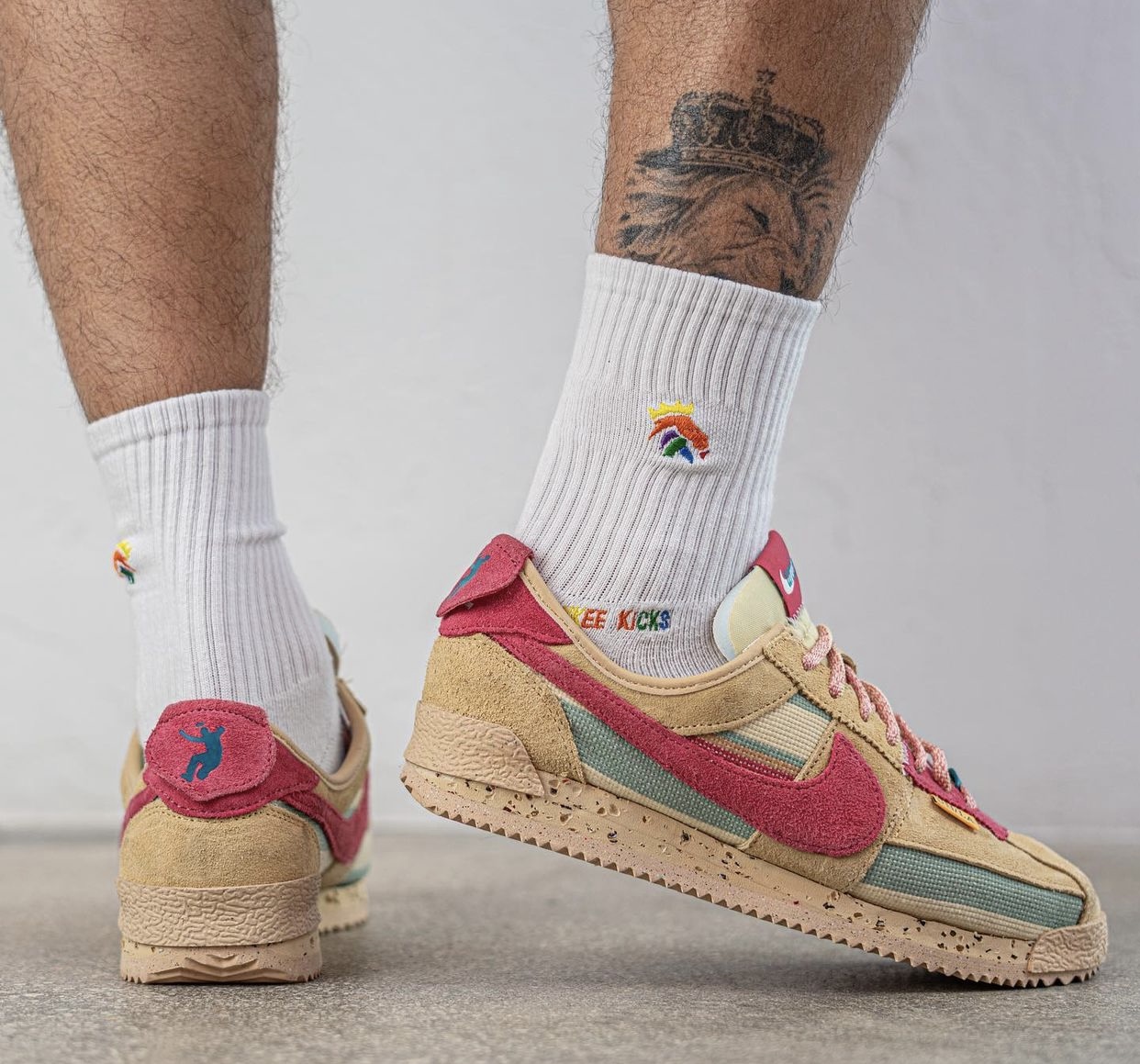 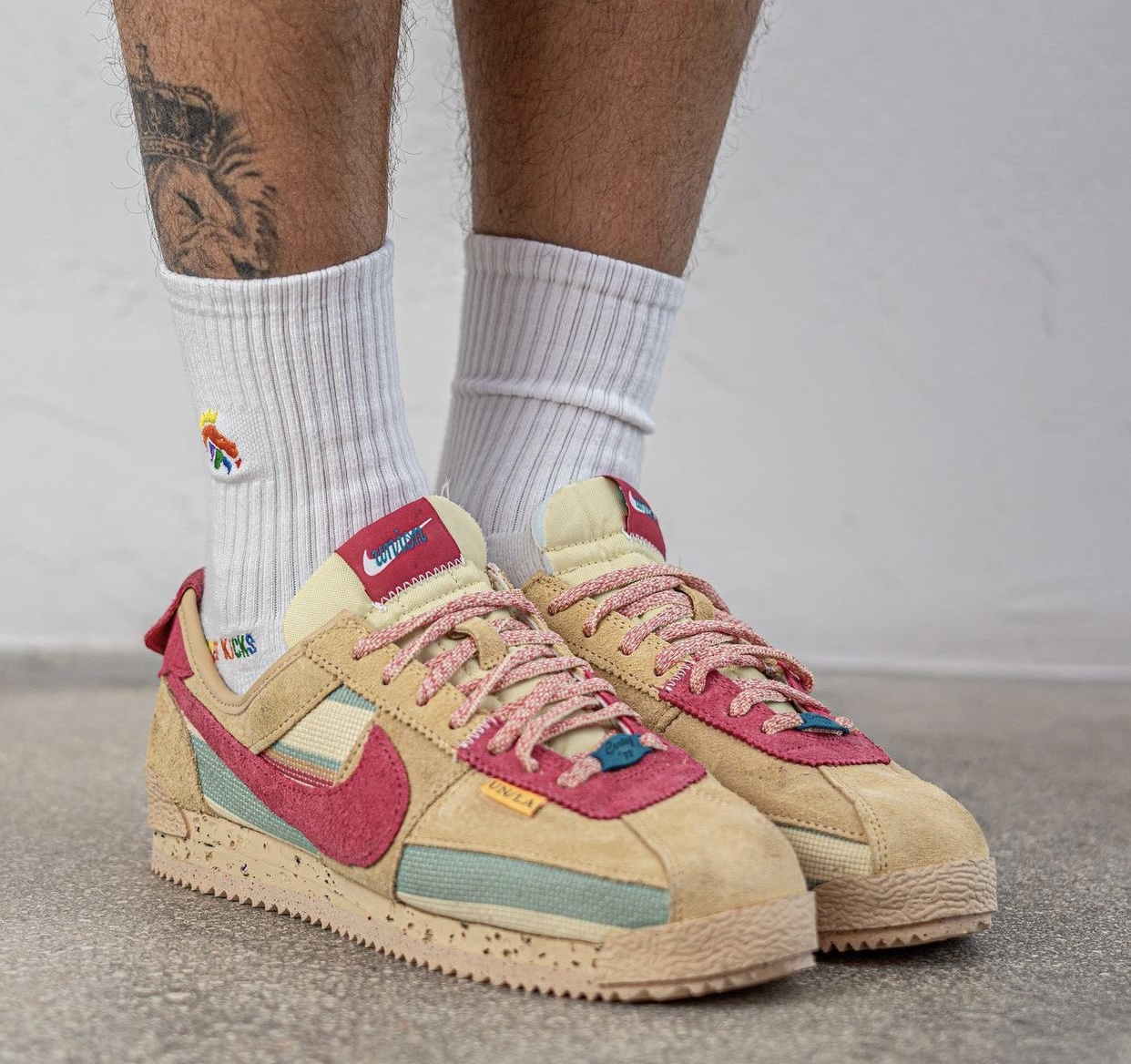 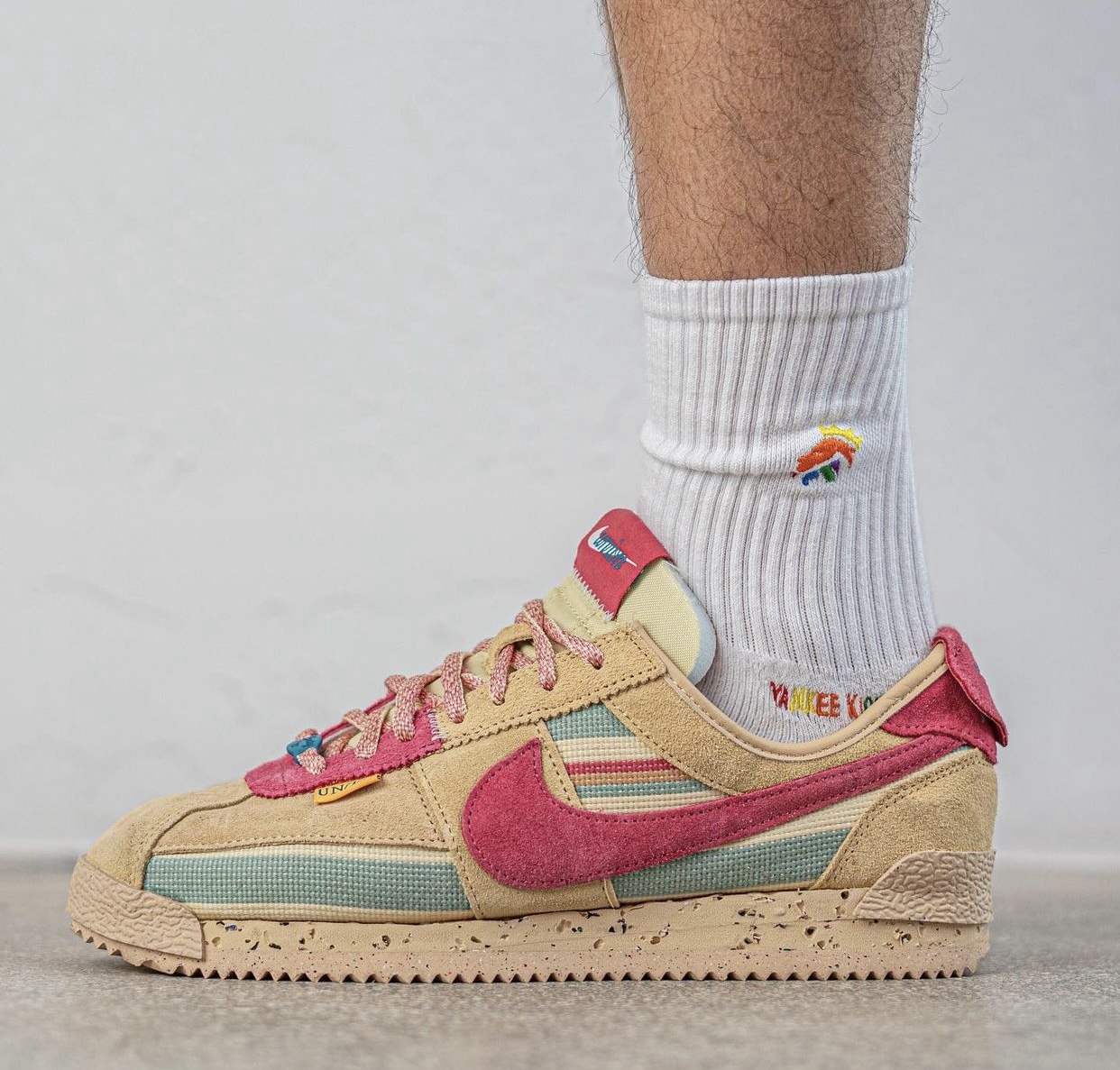 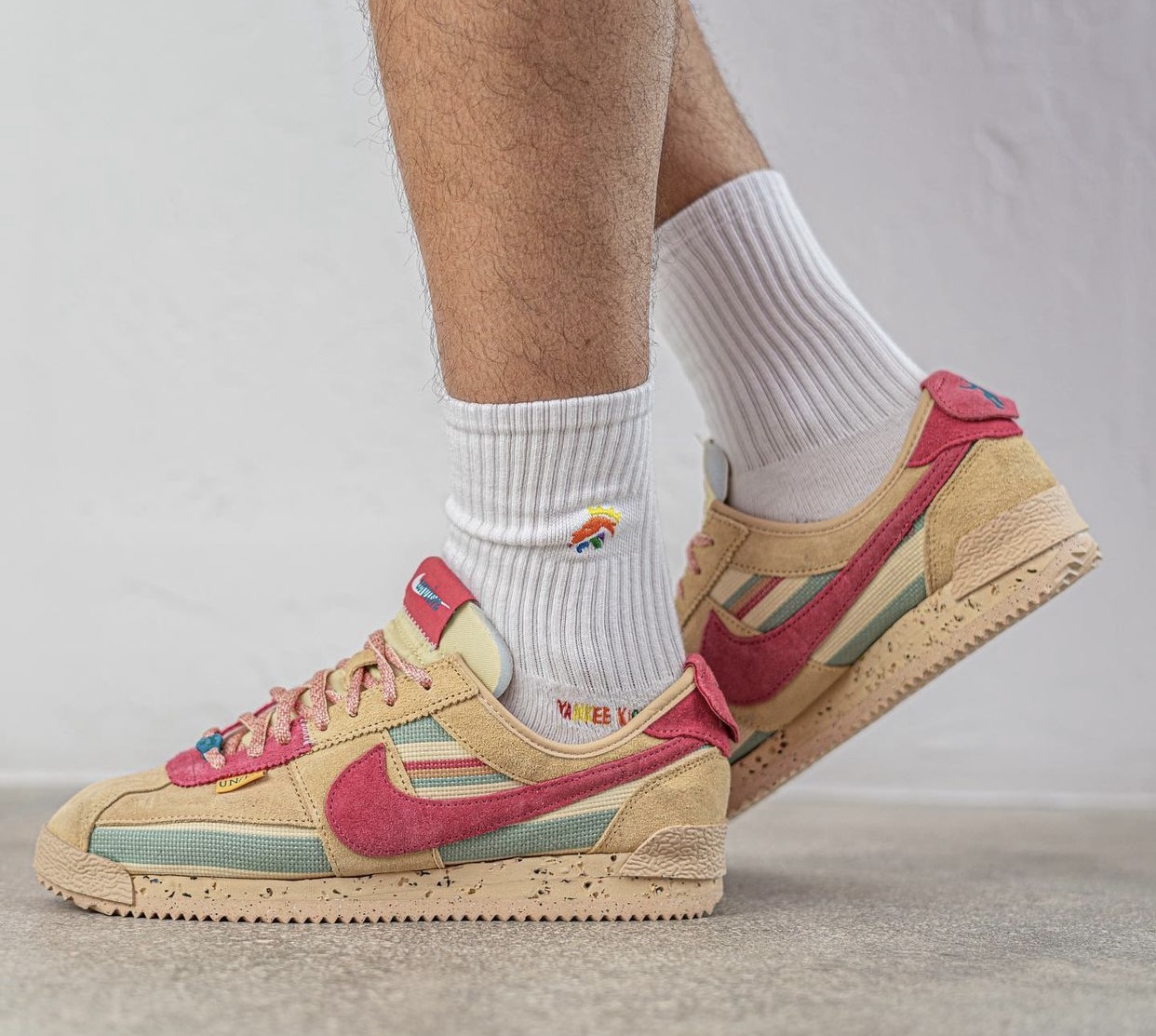