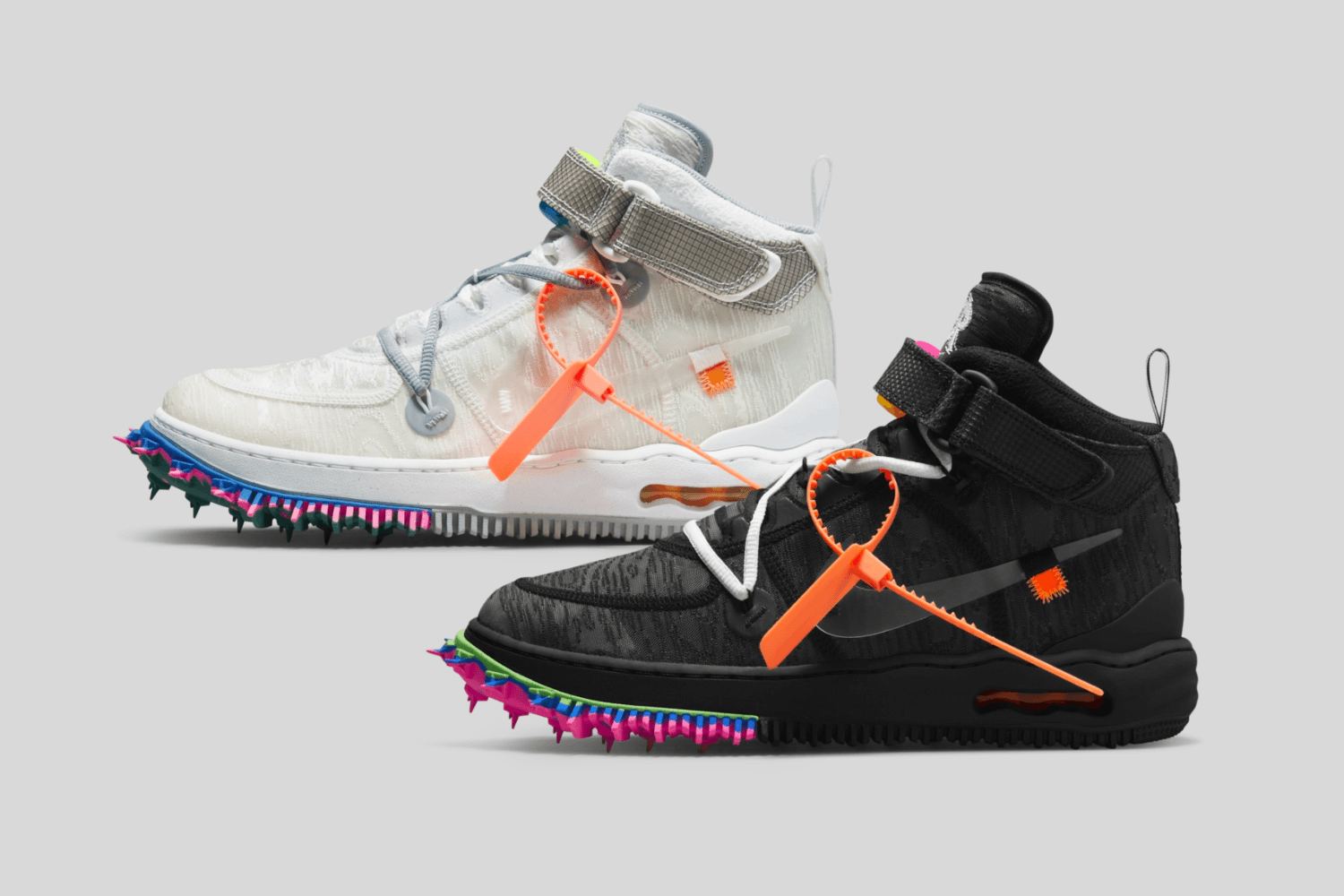 The Air Force 1 Mid gets an Off-White™ makeover. The Off-White™ brand is known for its sleek designs that merge streetwear and high-end fashion. The Air Force 1 Mid 'Black' and 'White' are a good example of this and were one of the last works of Virgil Abloh, who passed away in November 2021.

The 'Black' has a black upper made of textile. It has a wavy print. The midsole turns black and has been given a wavy look. A striking detail on the sneaker, is the Air Unit in the midsole. On the Nike Air Force 1, this is normally not visible.

Another striking detail, are the spikes on the outsole. These combine different neon colors like pink, green and blue. The 'White' colorway shares the same details as the 'Black' version. For example, this pair also has a wavy pattern on the upper and the Air Unit is visible at the heel. The center panel features the familiar Off-White™ print.

The combination of materials and striking details make both colorways of the Off-White™ x Nike Air Force 1 Mid very interesting sneakers. When the pairs will be released at Nike is still unknown. Download the Sneakerjagers app and stay up-to-date. 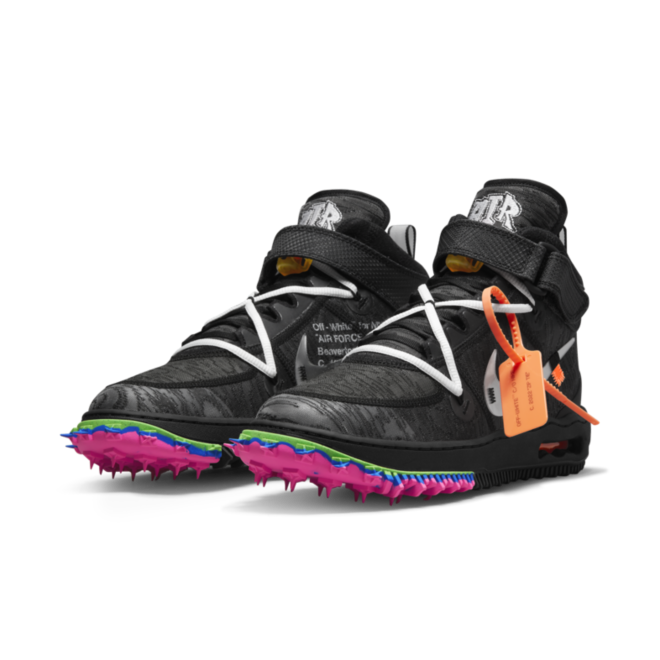 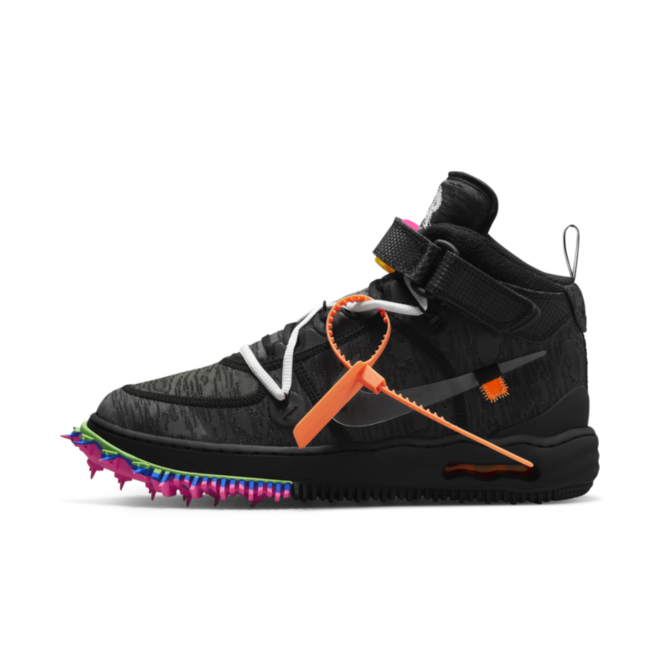 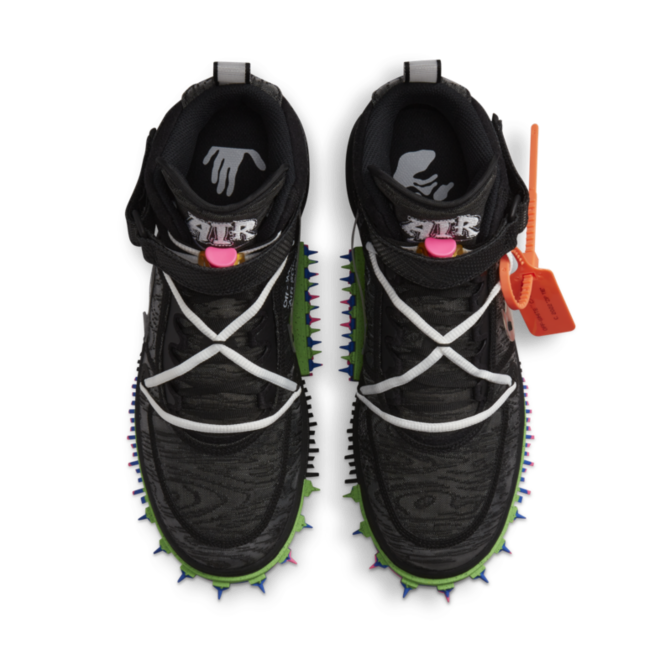 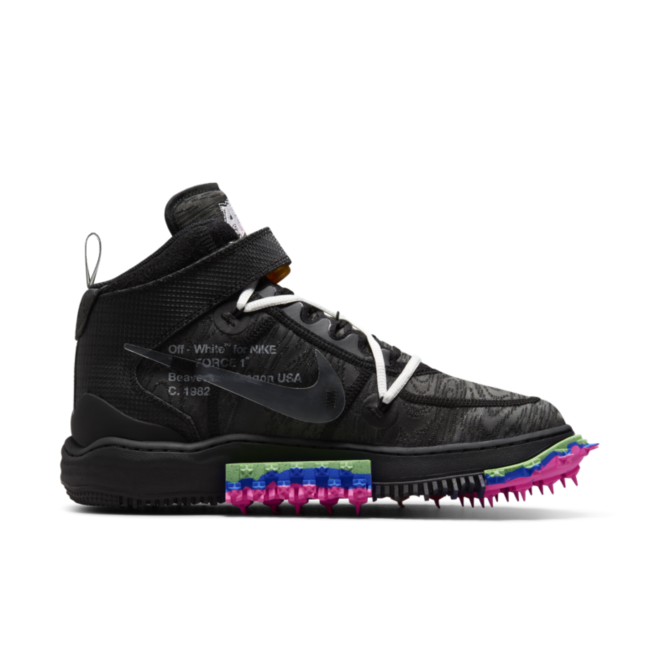 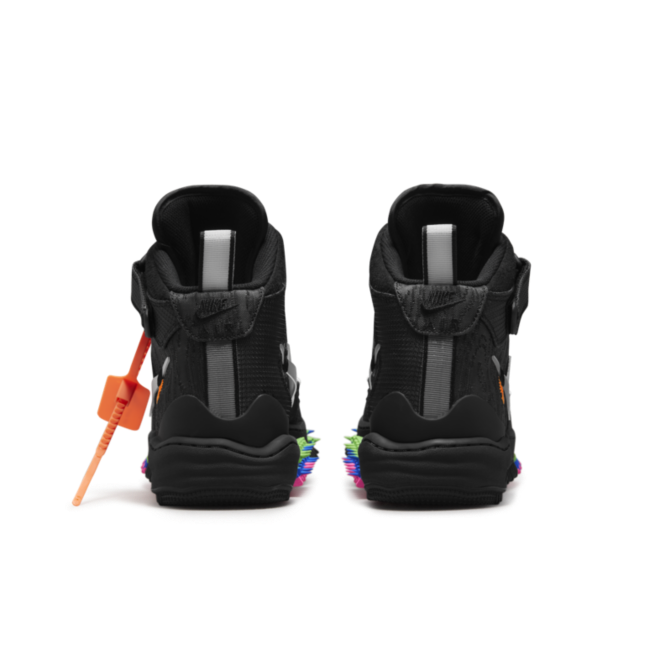 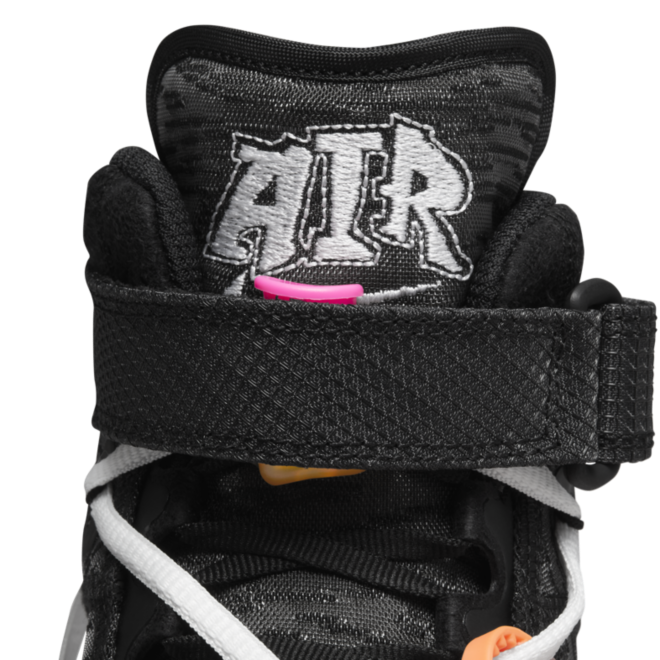 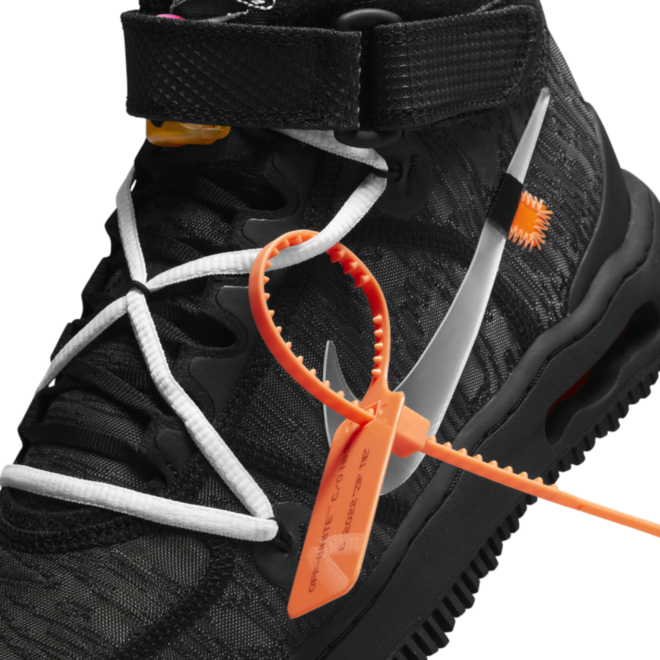 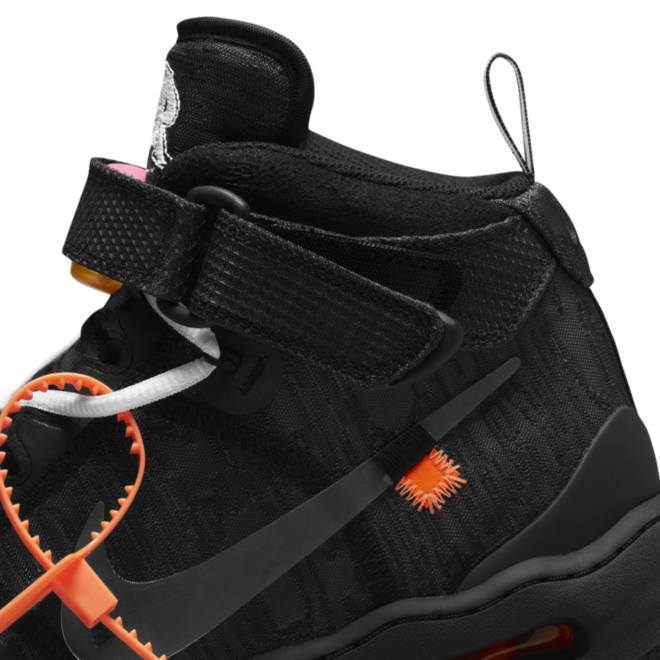 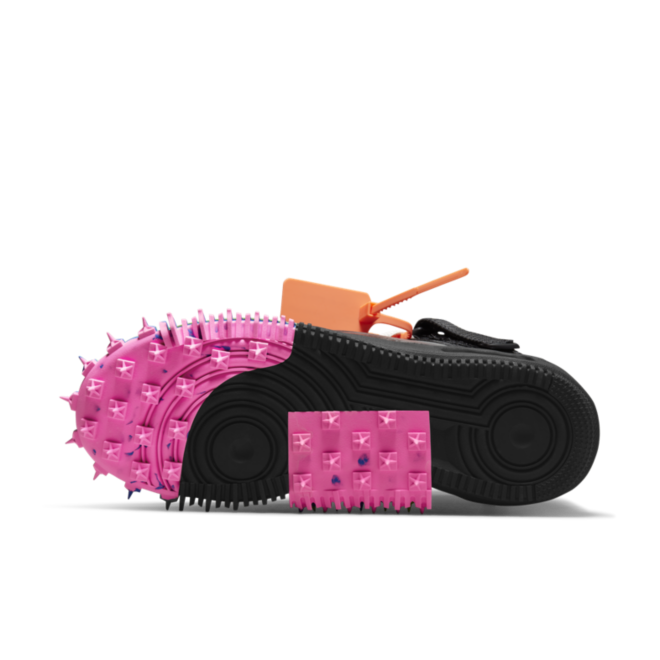 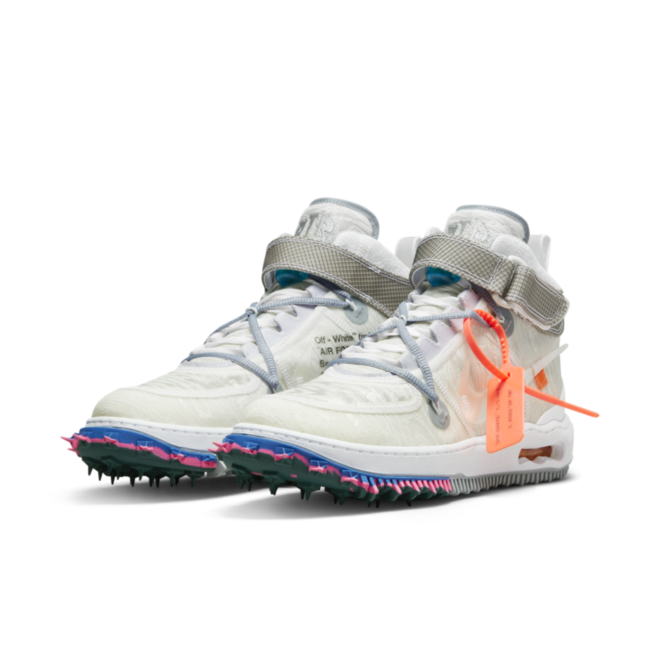 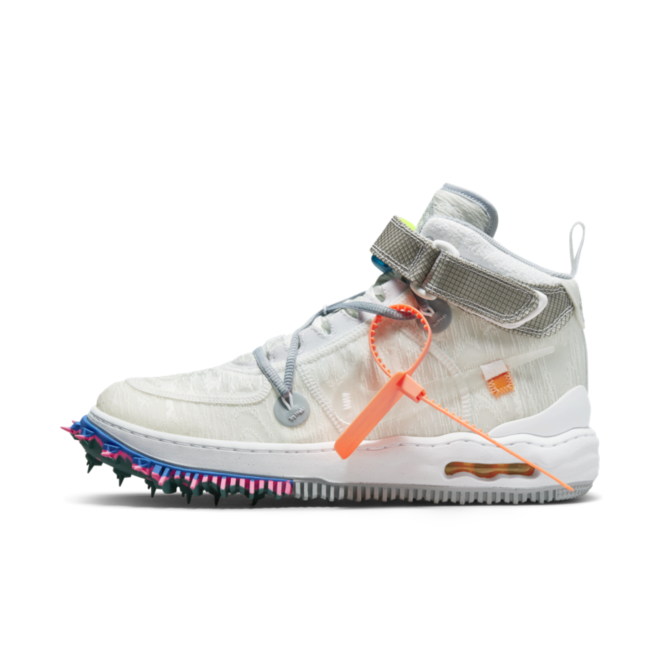 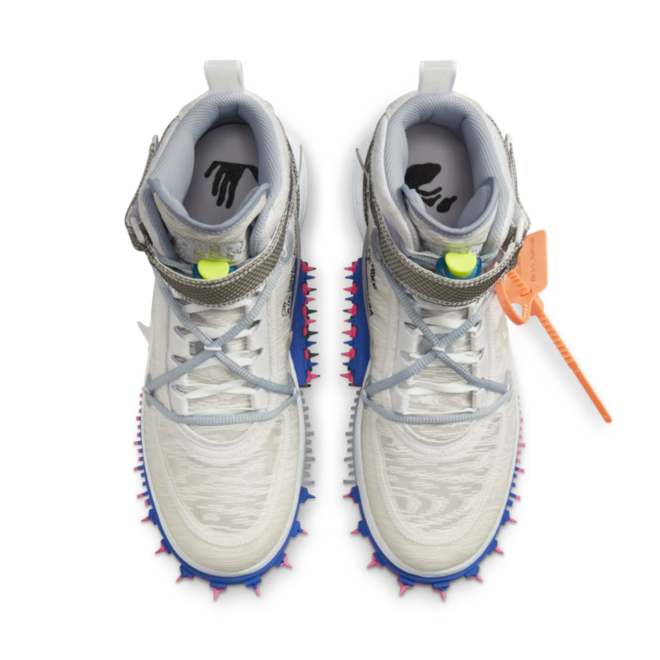 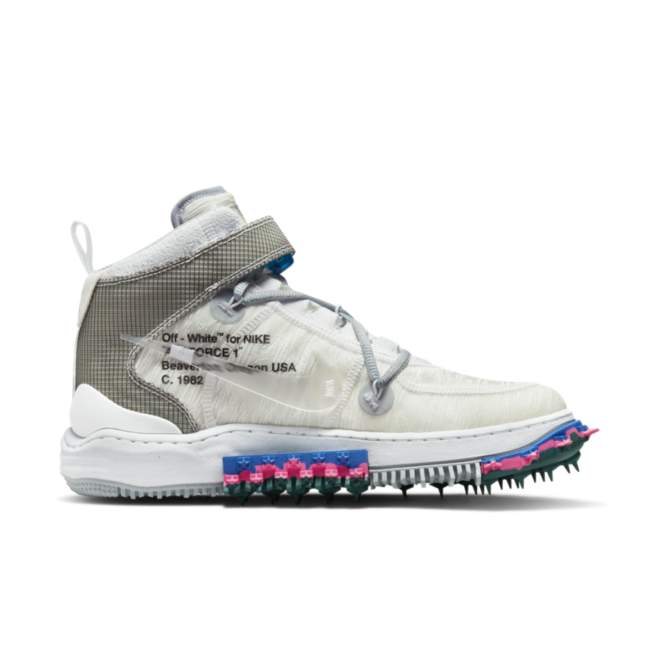 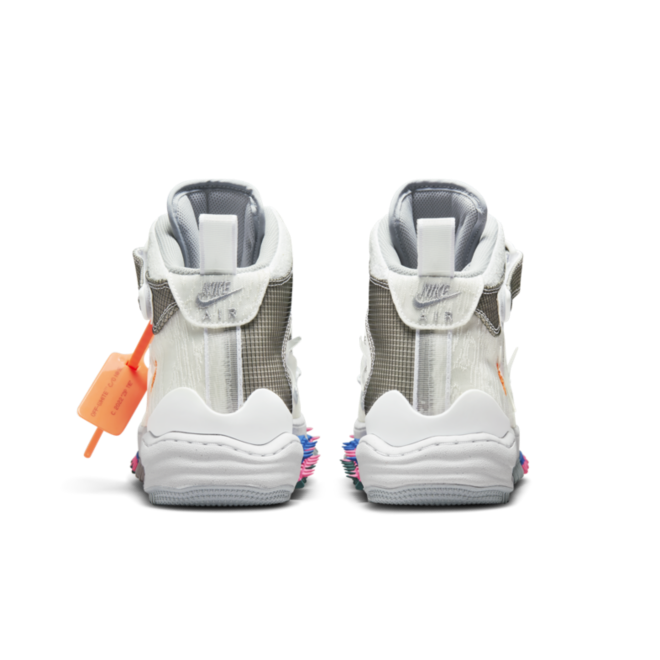 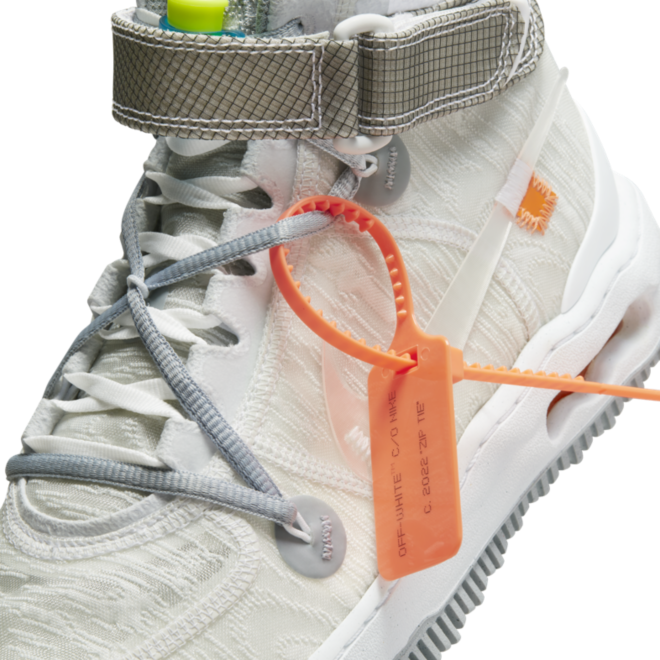 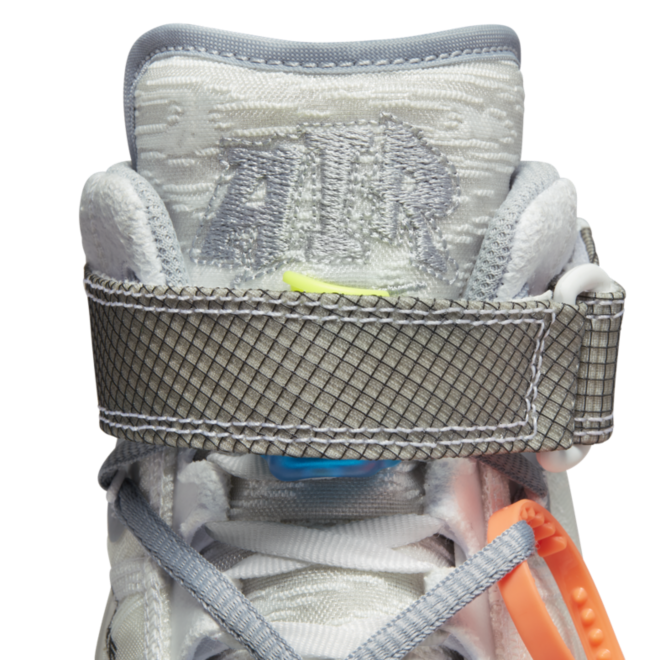 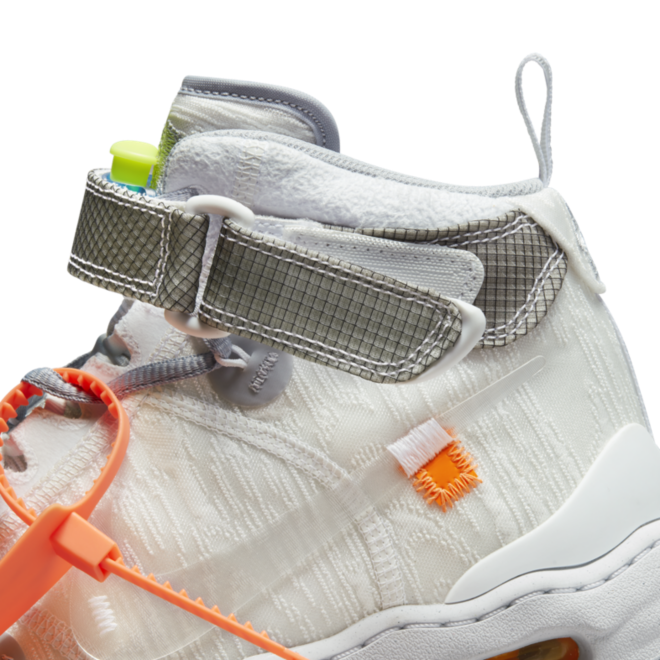 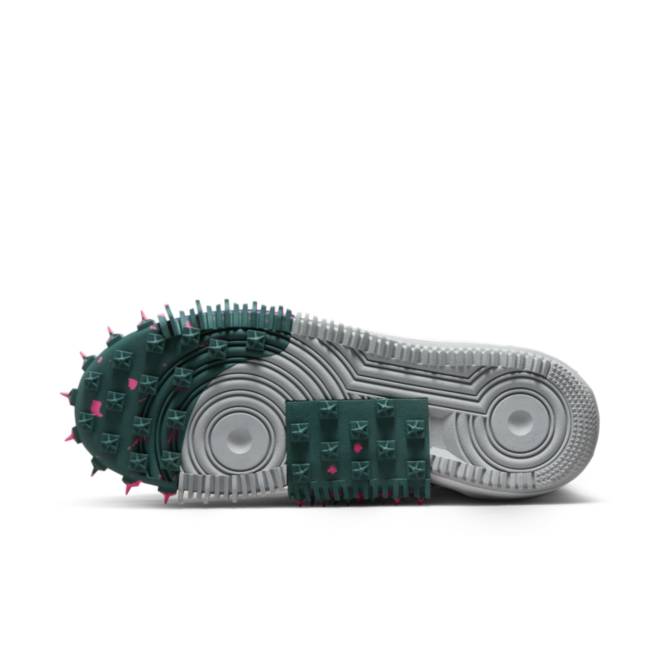