Official images of the Nike Dunk High 'Year of the Tiger' 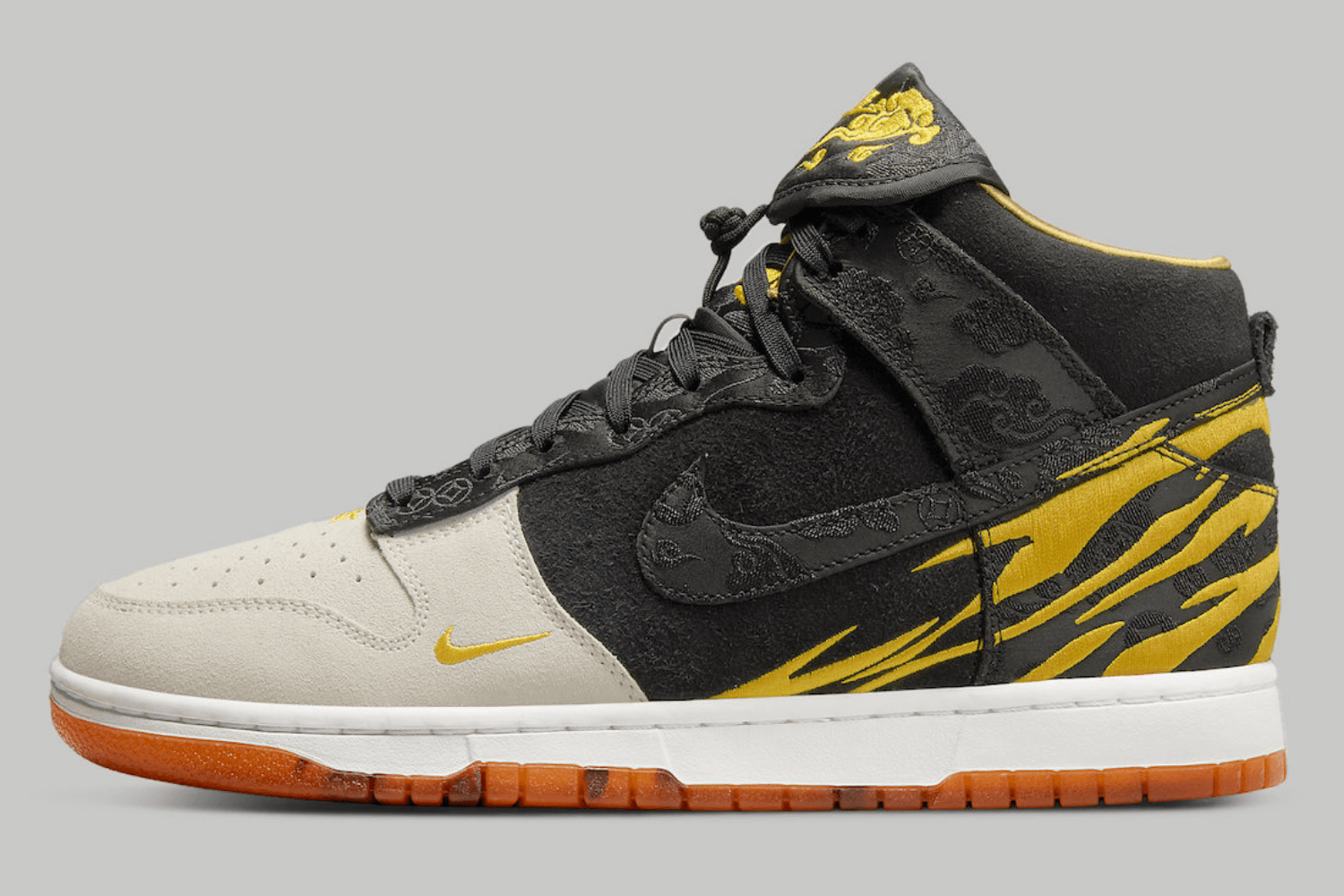 The official images of the Nike Dunk High 'Year of the Tiger' have been released. With this sneaker Nike celebrates the Chinese New Year.

On February 1st, according to the Chinese calendar, the new year starts. The coming year will be the year of the tiger. The tiger increases the chance of a turbulent year, think of social unrest and natural disasters. Nevertheless, the tiger always lands on its feet again and everything will end well.

The Nike Dunk High with this years theme has different colours and materials on the upper. The toebox and nose have a light grey colour and are made of suede. On the toe box is a mini Swoosh in gold and on the toe box are Chinese characters in the same colour.

The rest of the upper is in black. The side and heel are made of a slightly rougher suede. The overlays have a satin look with black embroidery on them. Around the heel, golden tiger stripes are embroidered. There are also gold embroideries on the tongue.

The midsole of the pair is in white. The outsole is made of a semi-transparent gum rubber. If you look under the shoe, you will also see some tiger stripes on the outsole.

The release date of the Nike Dunk High 'Year of the Tiger' is not yet known. Until the release, we can take a look at the images of this sneaker. 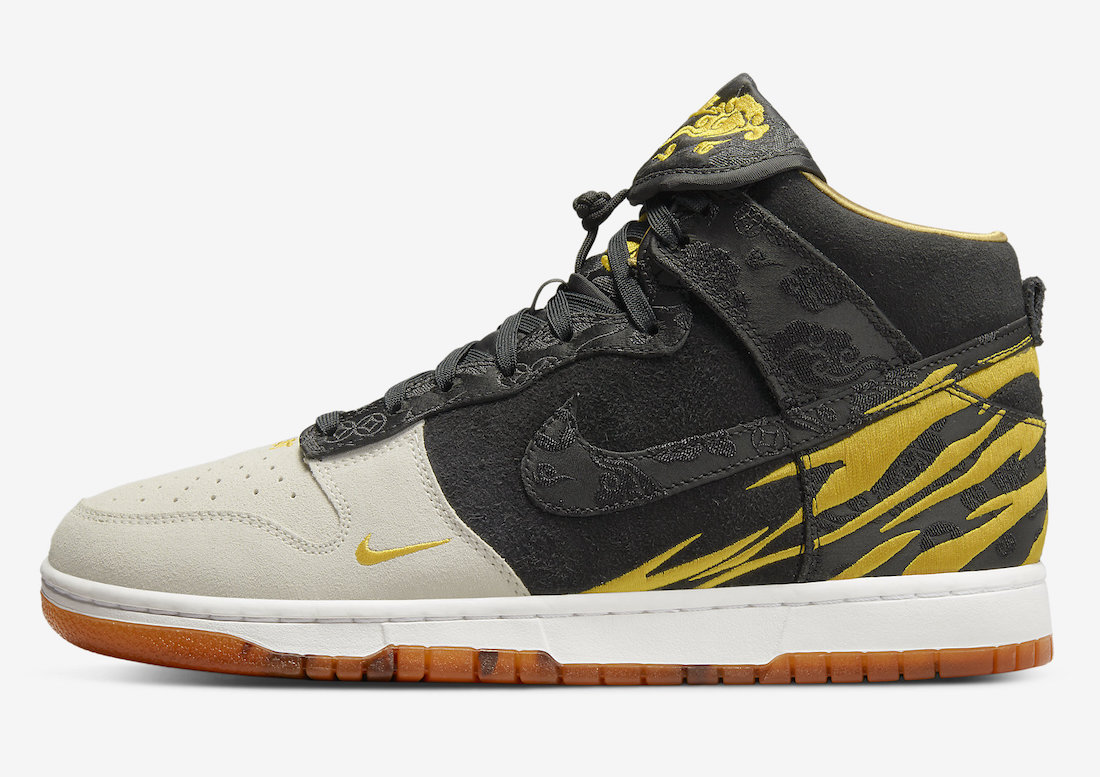 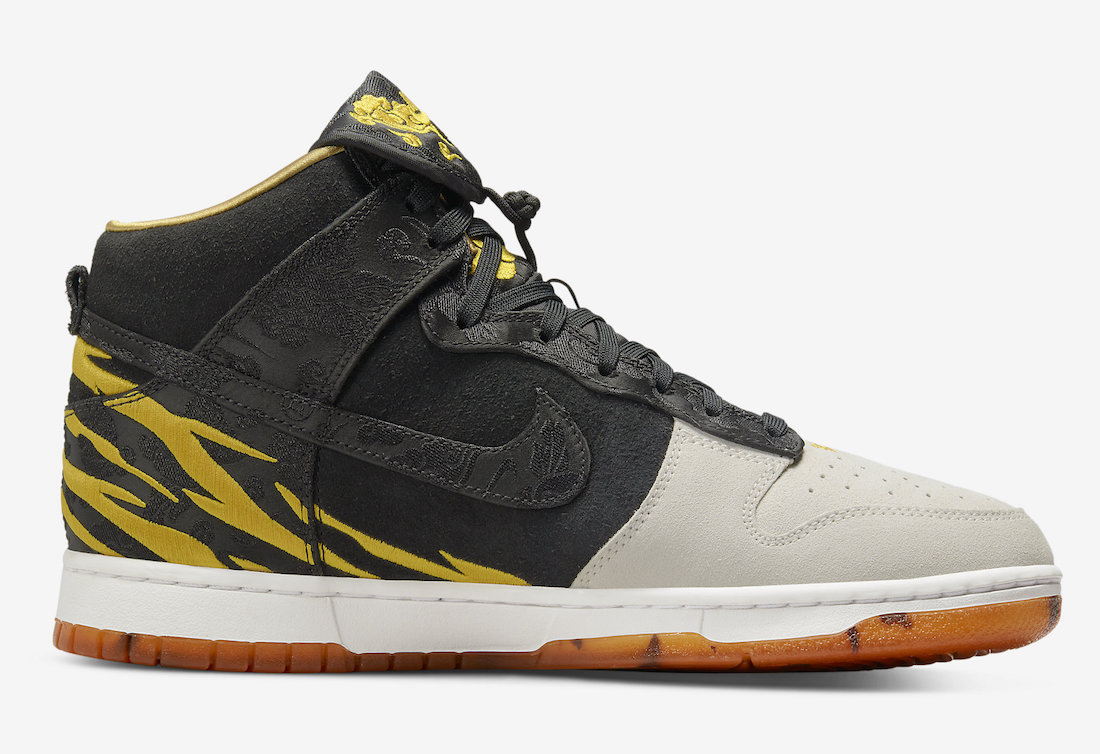 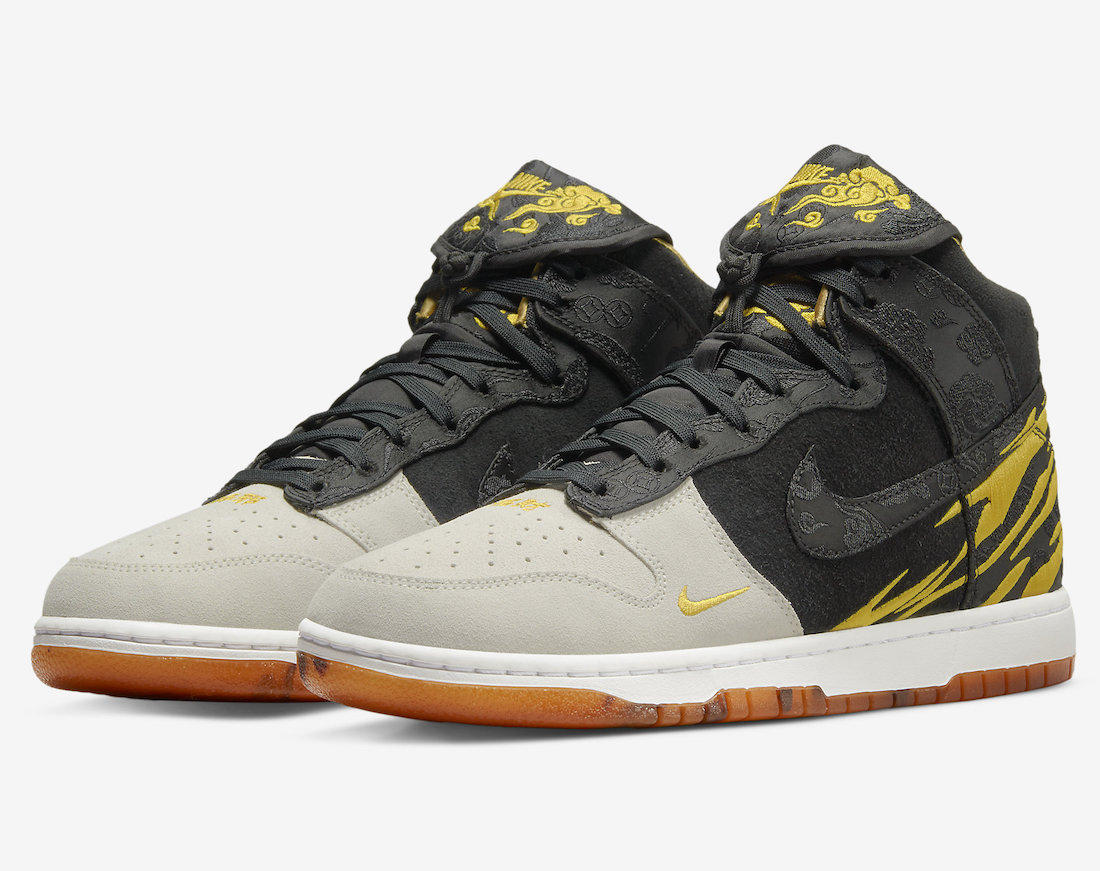 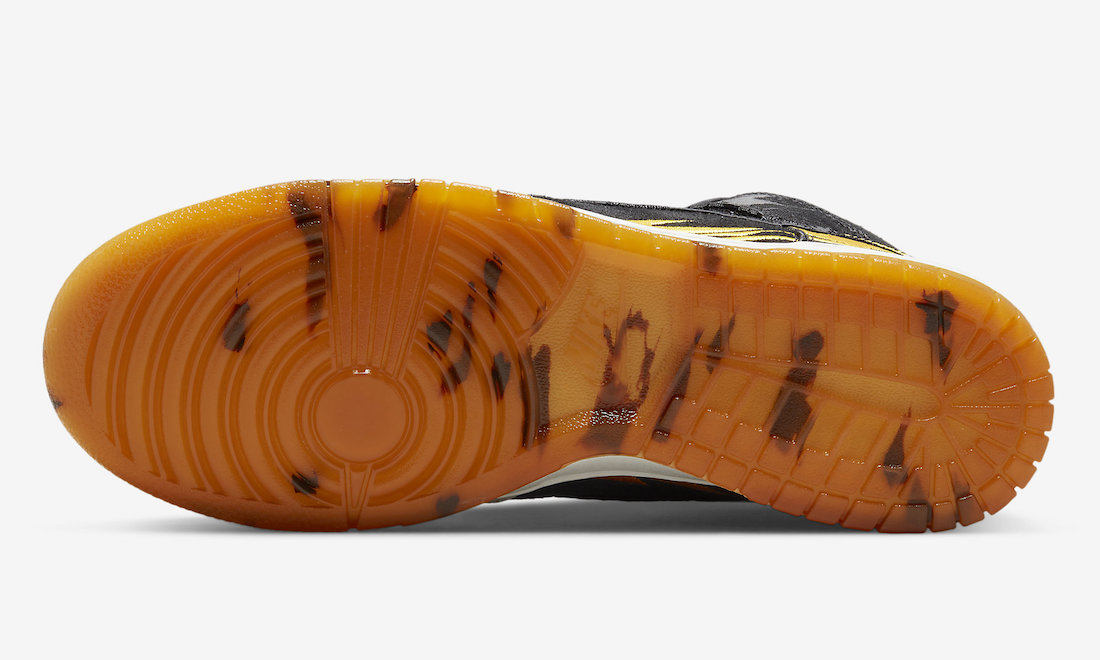 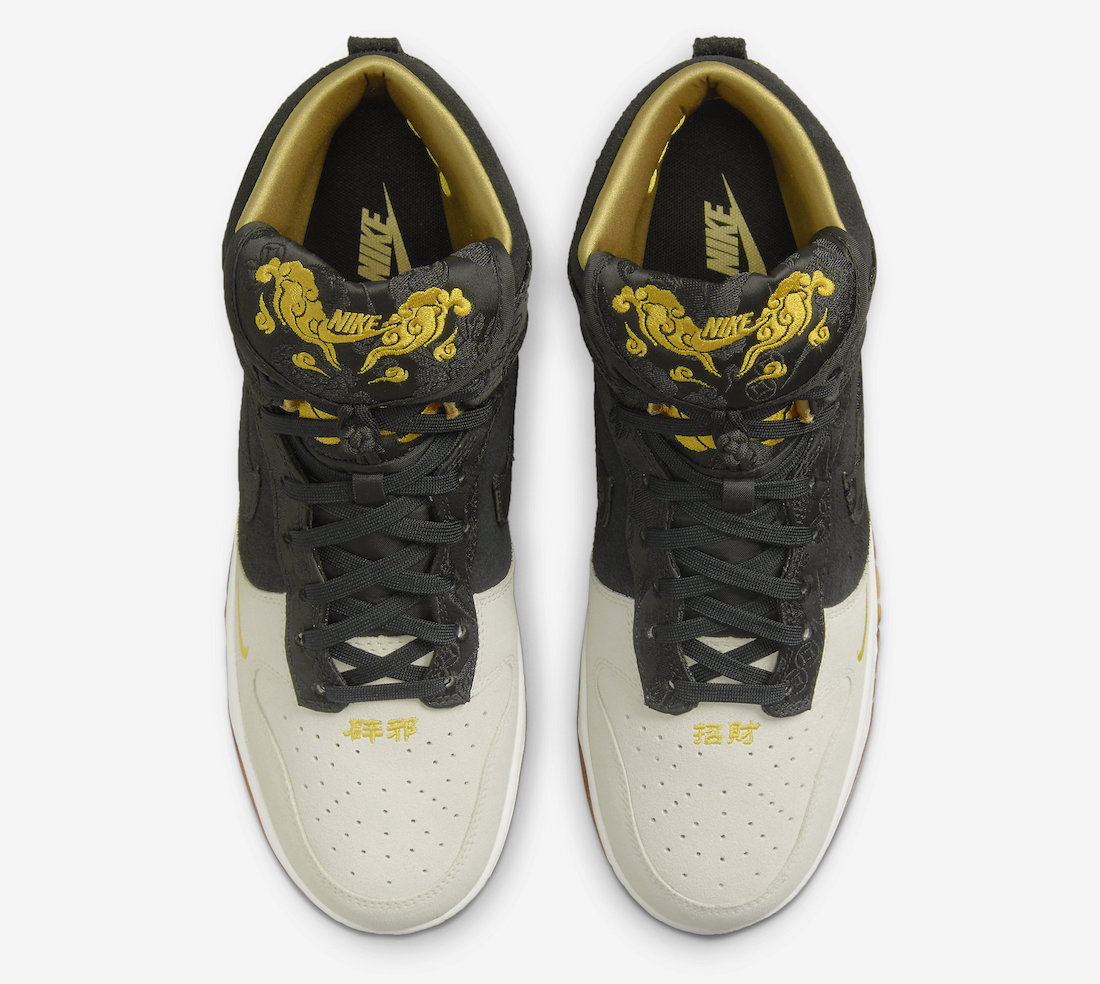 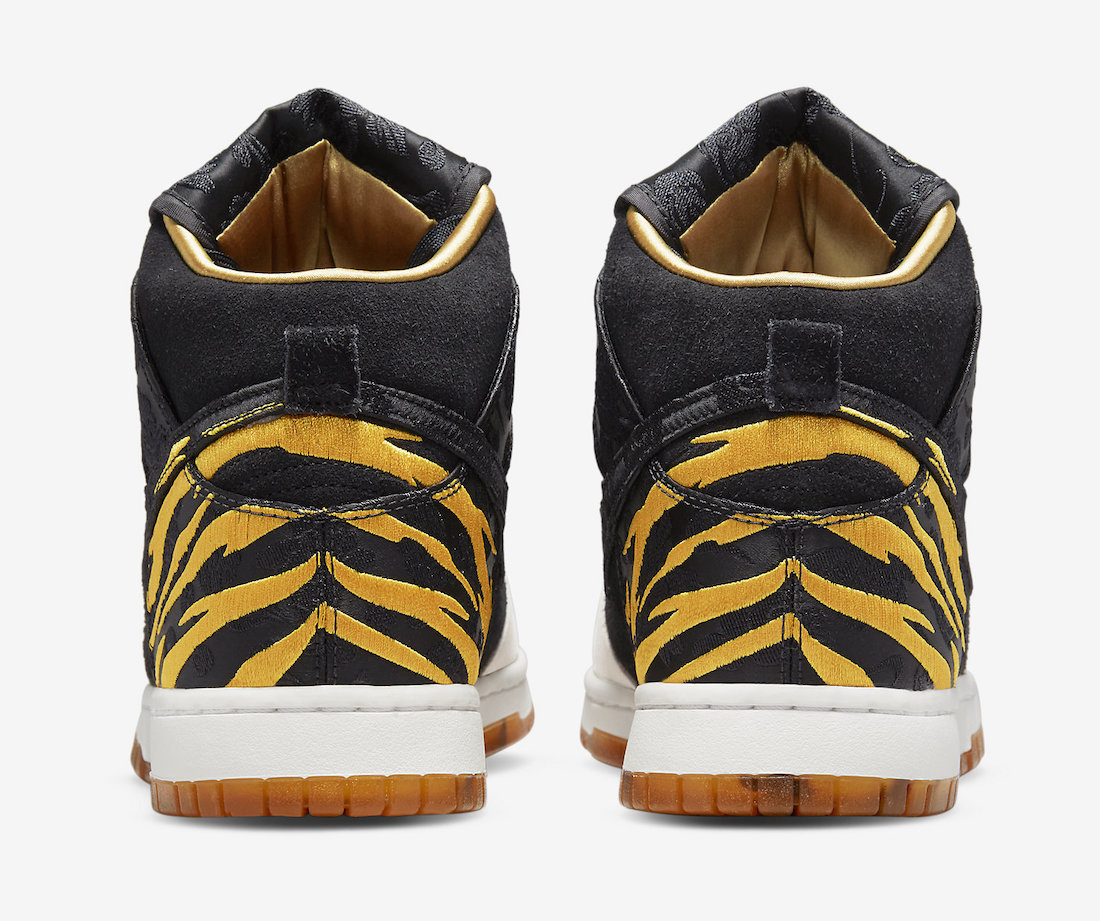 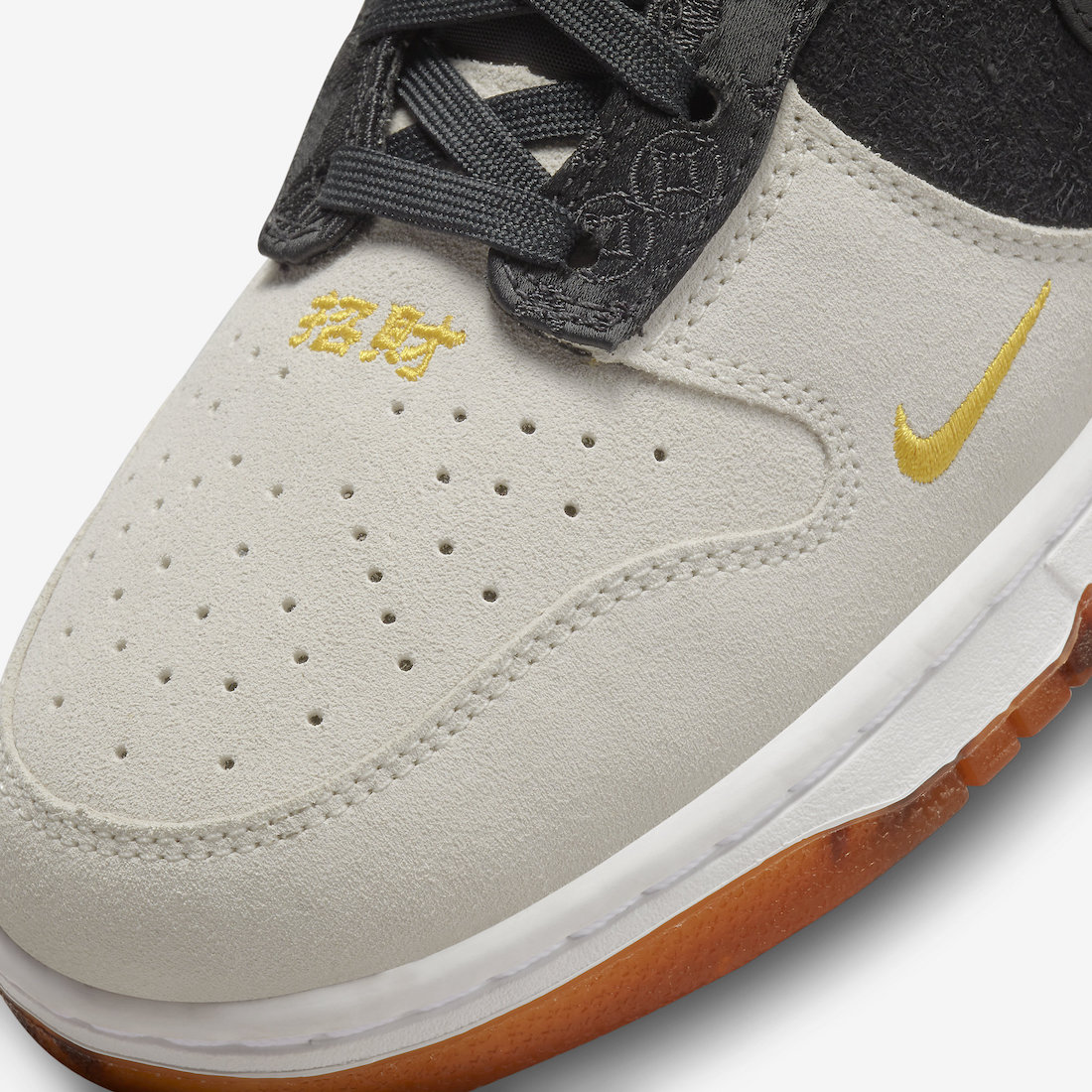 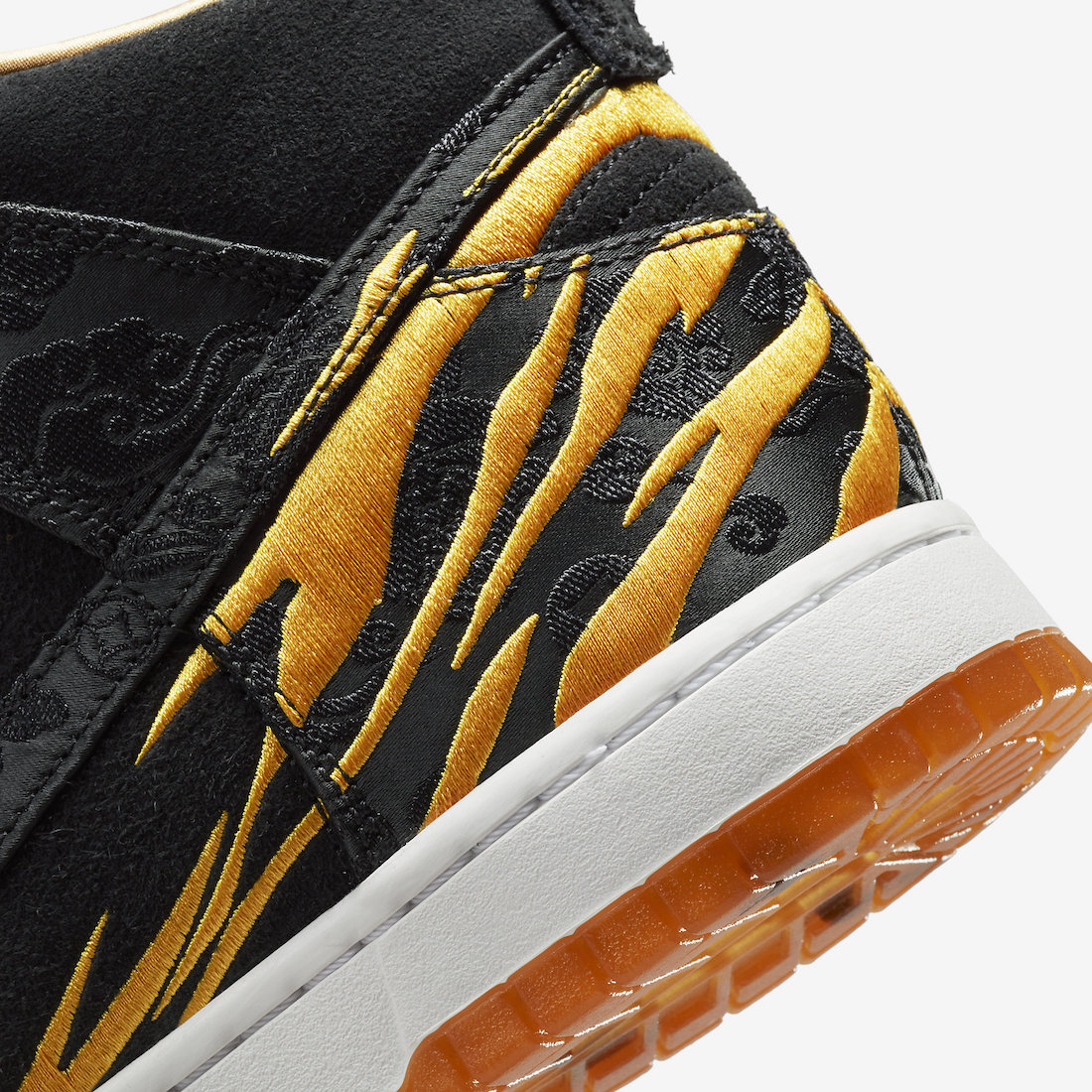 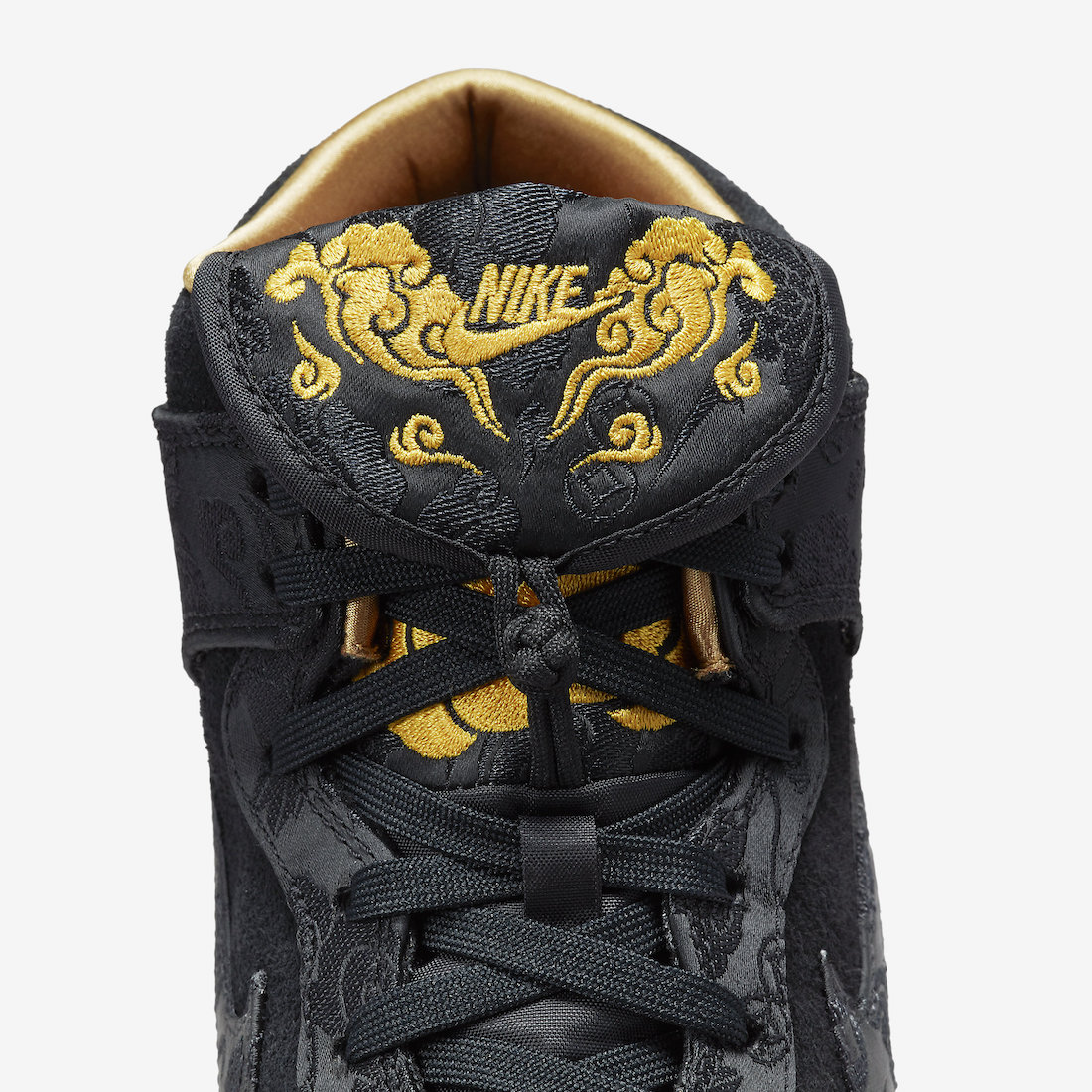 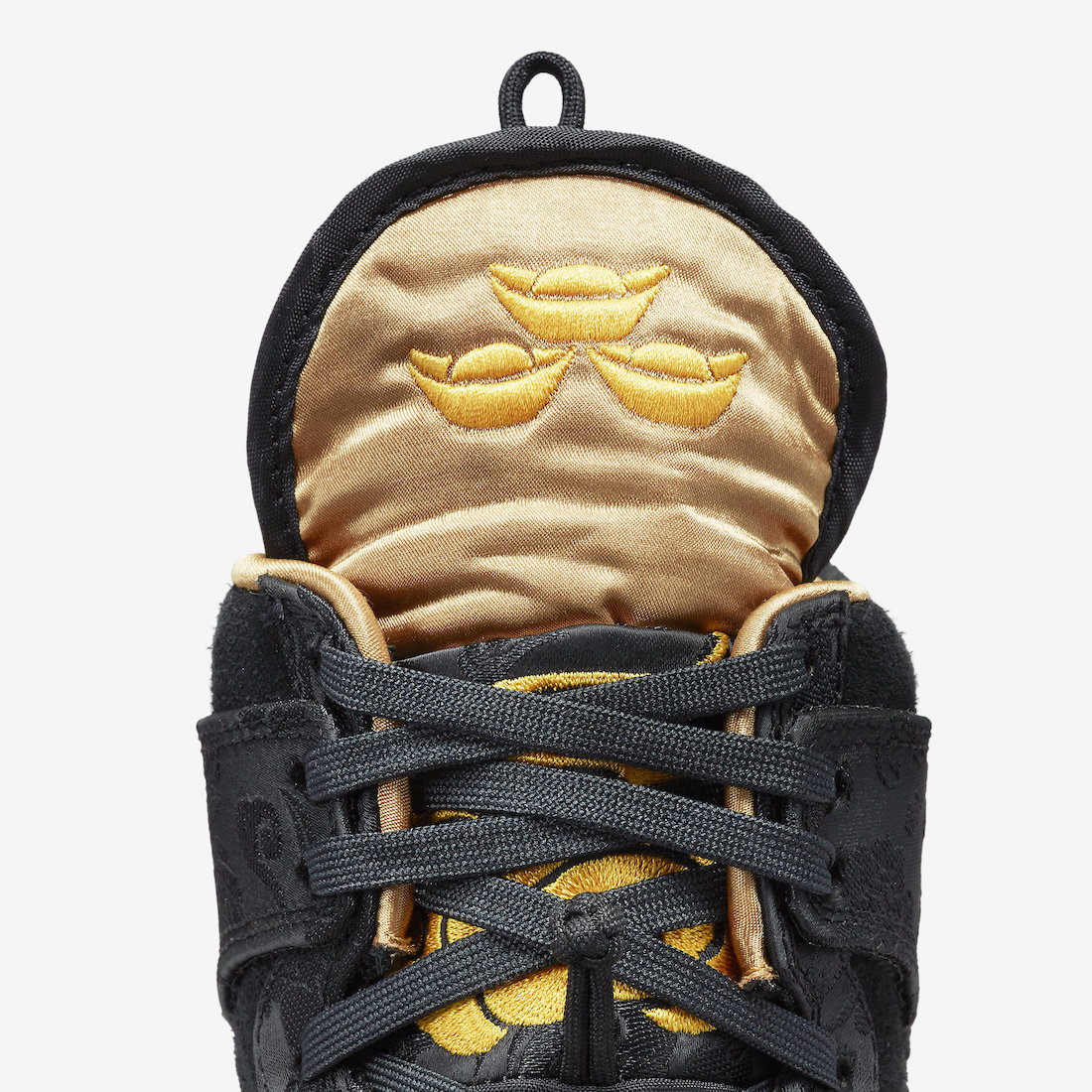 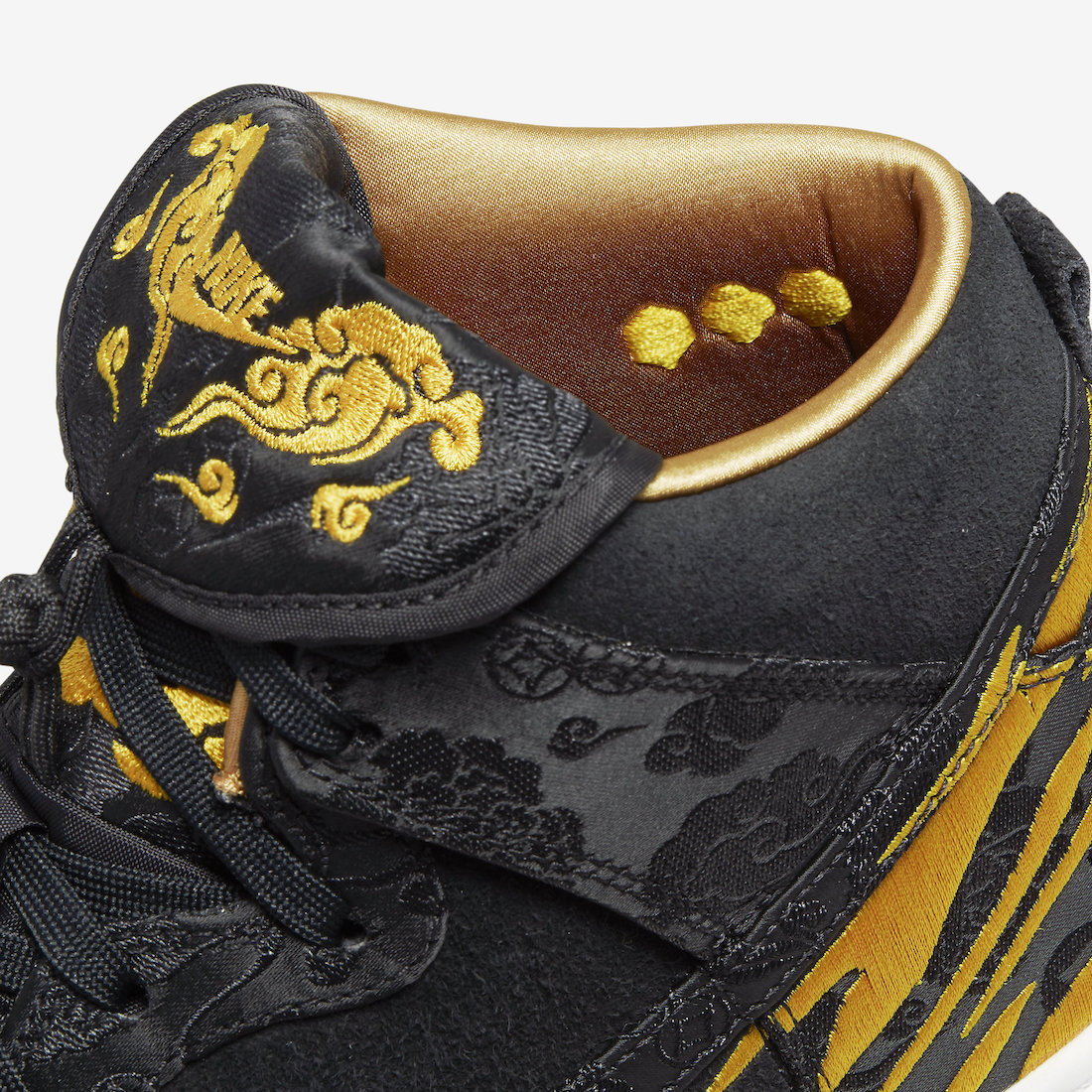 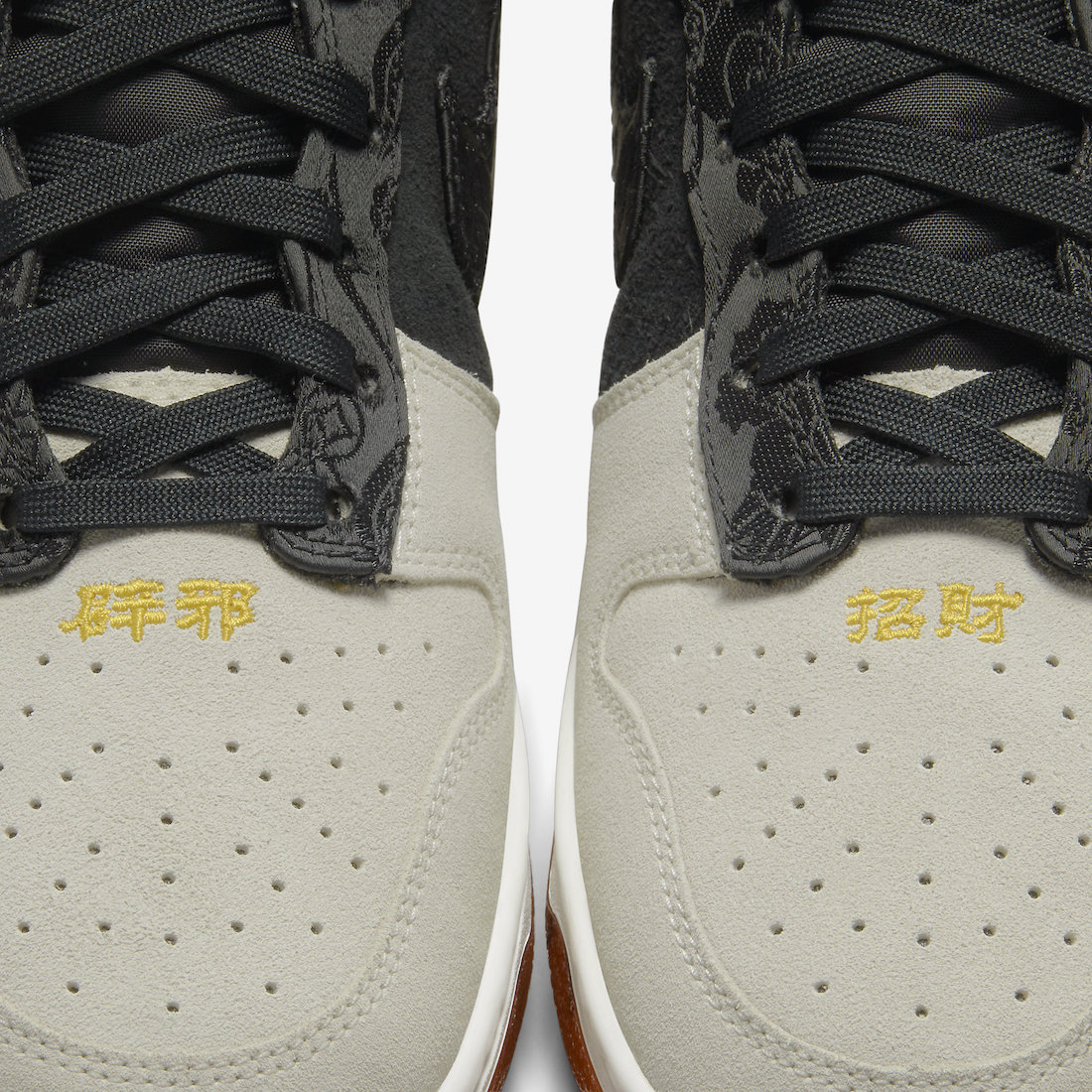 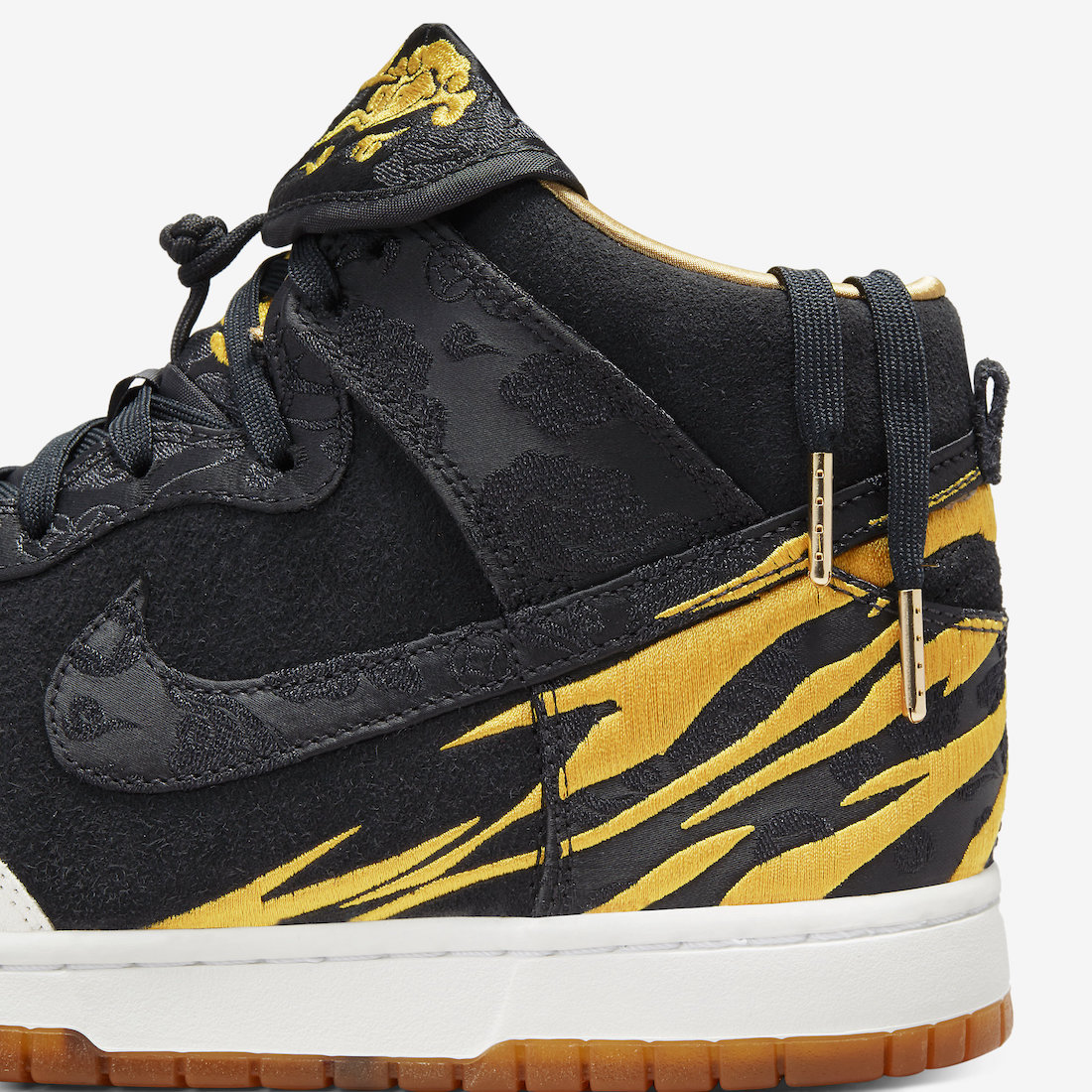 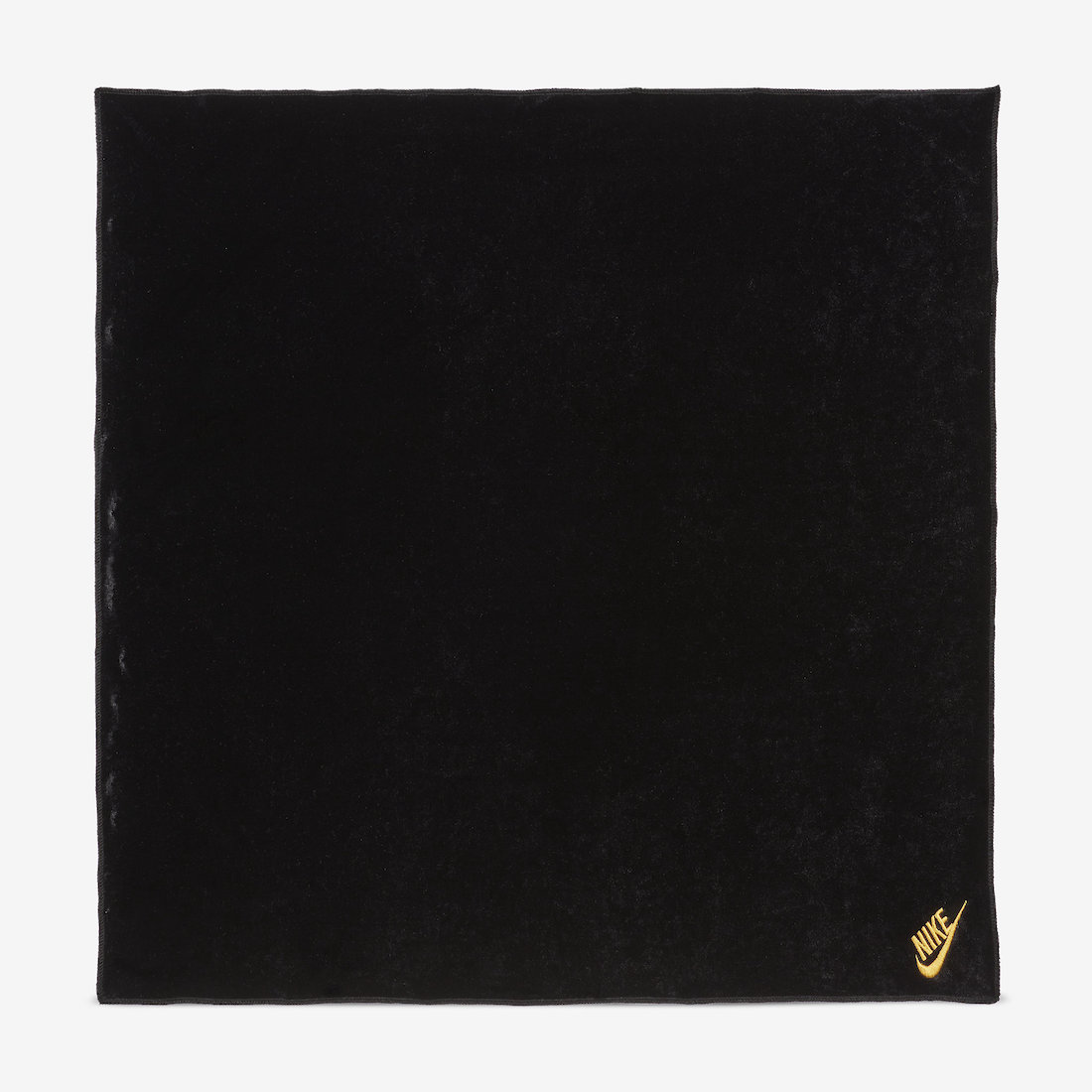 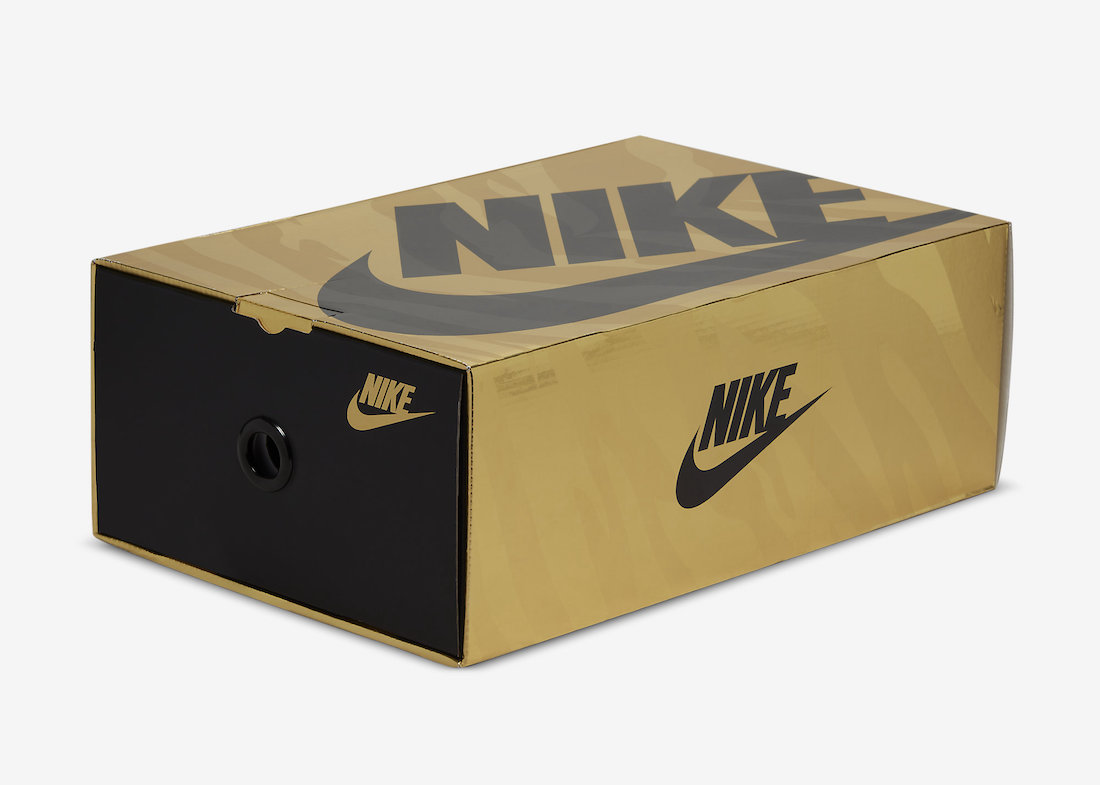