The Nike SB Dunk Low comes in a 'Chlorophyll' colorway. This is not an unknown colour scheme at Nike and has already appeared on multiple models. The sneaker is expected in November 2021.

The 'Chlorophyll' colorway has appeared on previous Nike pairs. The sneaker takes its inspiration from the 1987 Air Trainer 1. This pair was re-released in 2020 and the green details take centre stage. On the SB Dunk Low, the green details make their appearance as well.

The model has a white upper. It features perforation holes that allow the sneaker to breathe. The overlays on the pair are suede, as is the swoosh on the middle panel. The overlays at the toe cap and swoosh are coloured black. The heel tab and lace-up are coloured light grey.

The 'Chlorophyll' green makes its appearance on the heel tab and tongue of the sneaker. On the heel and tongue the Nike logo is stitched in green. The tongue piping is green as well. The midsole is white and the outsole is the same shade of grey as the suede overlays.

The Nike SB Dunk Low 'Chlorophyll' has no official release date yet but is expected in November 2021. 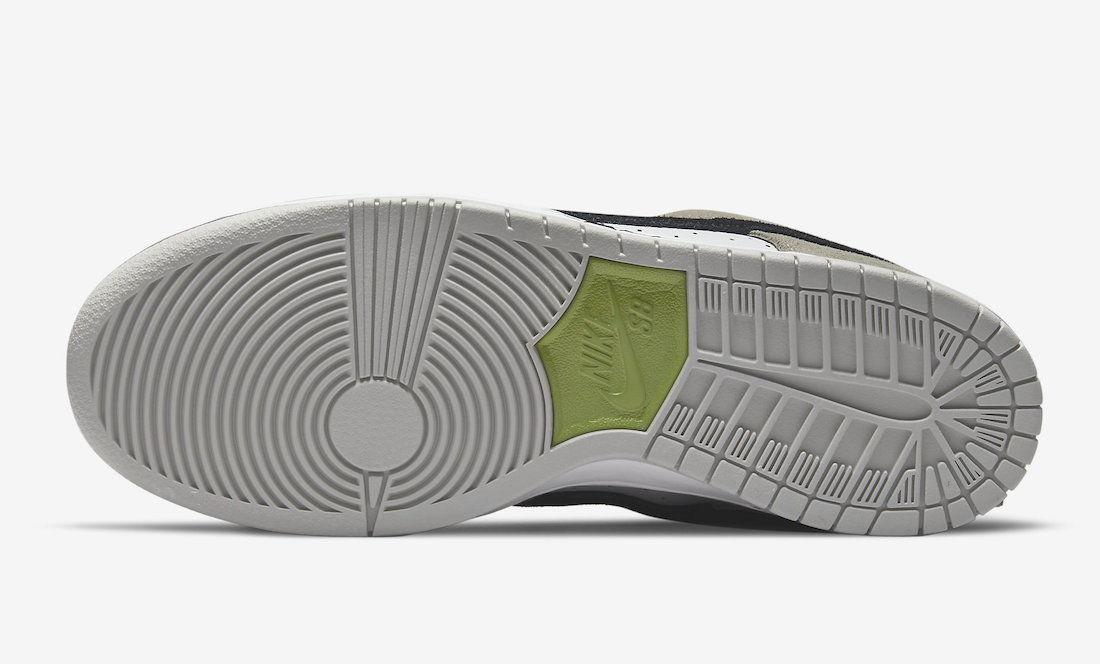 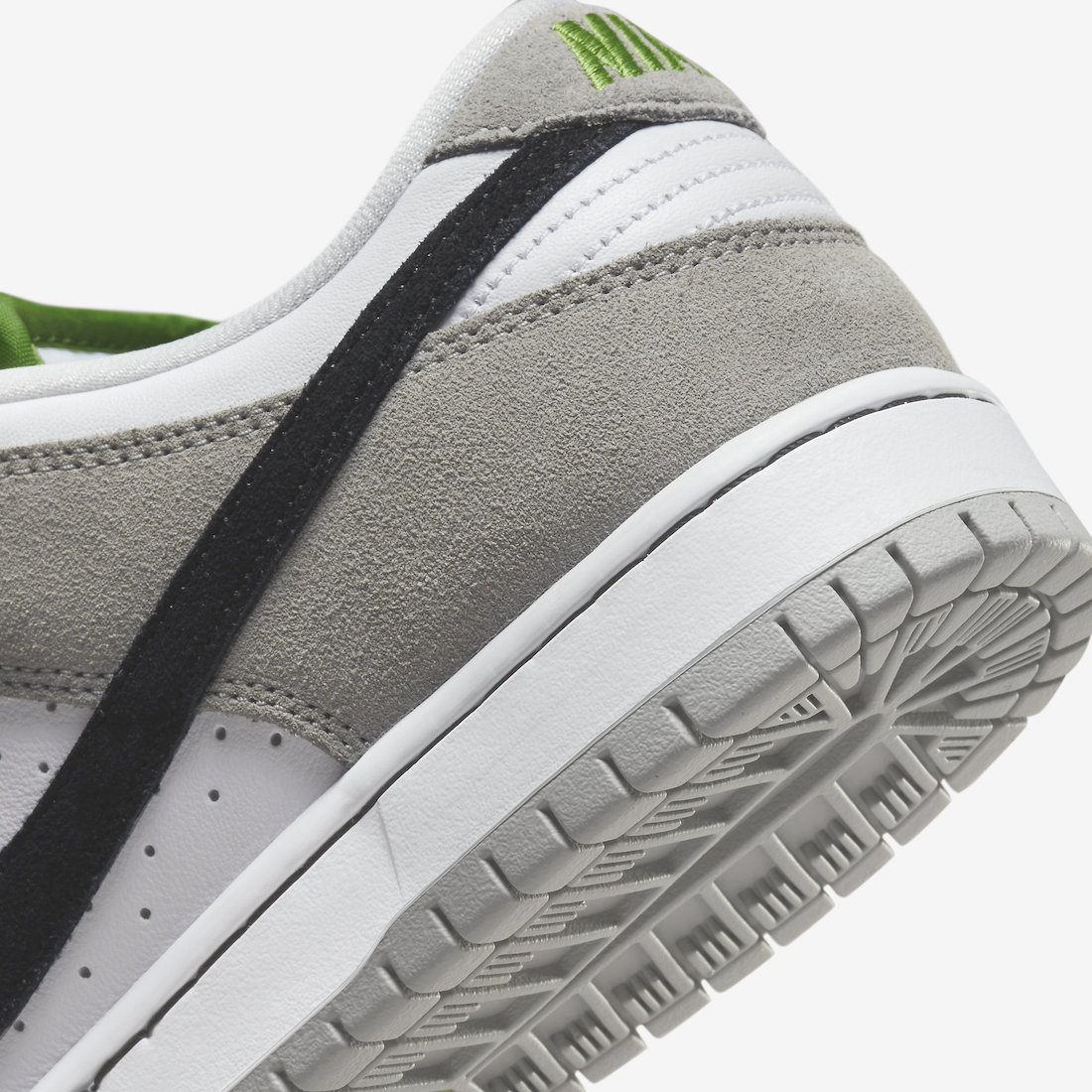 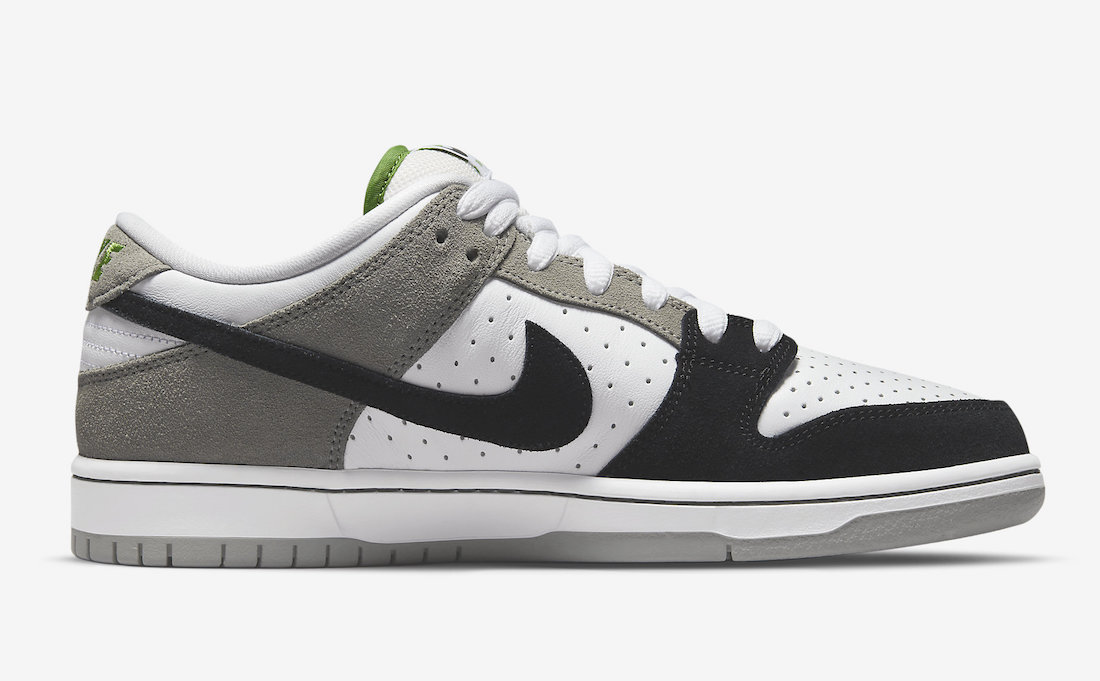 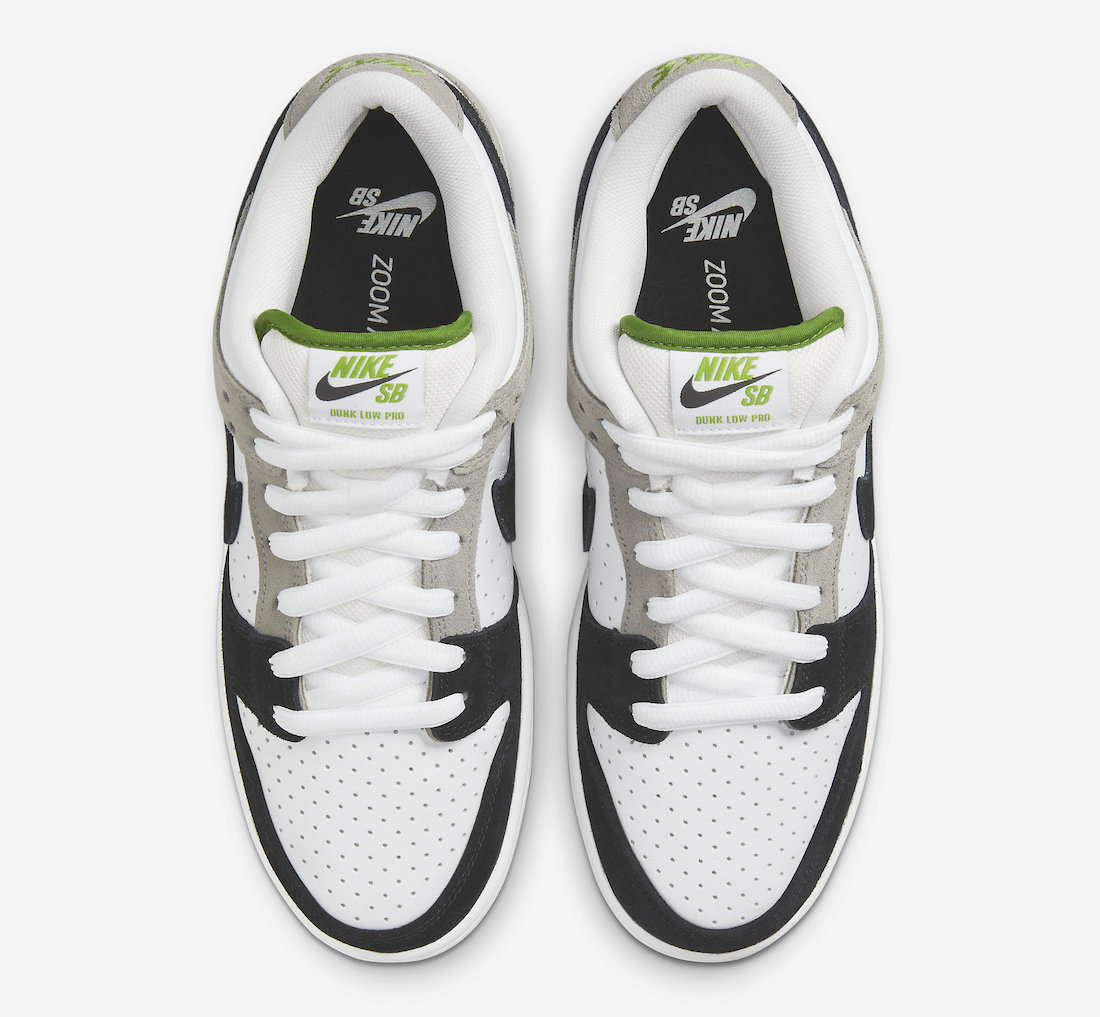 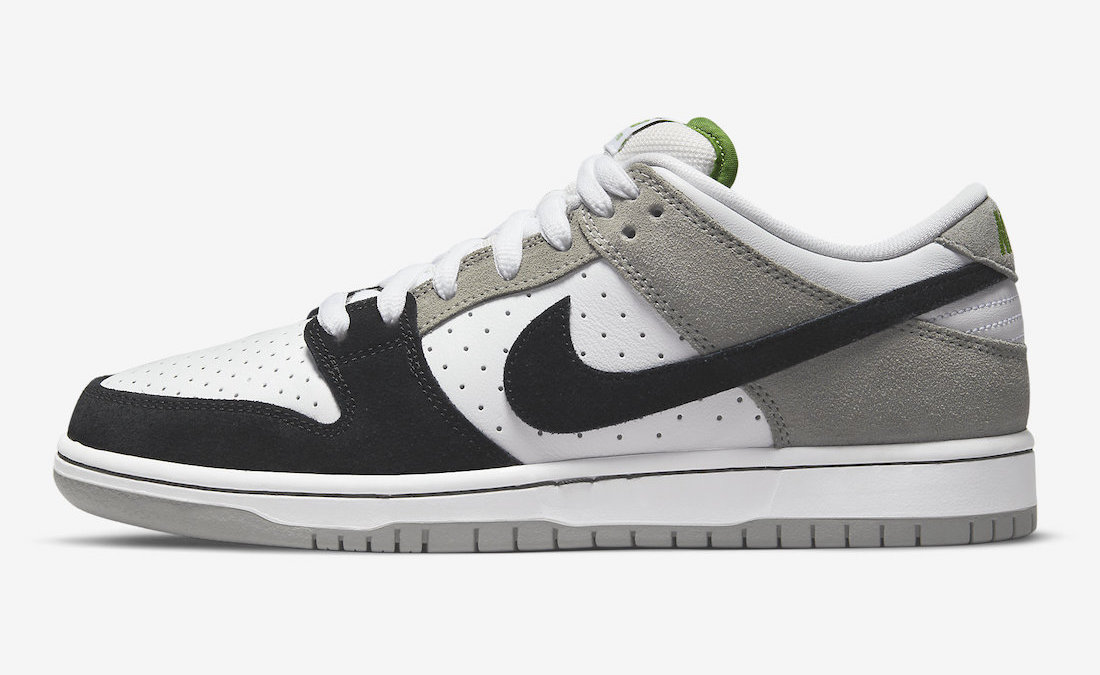 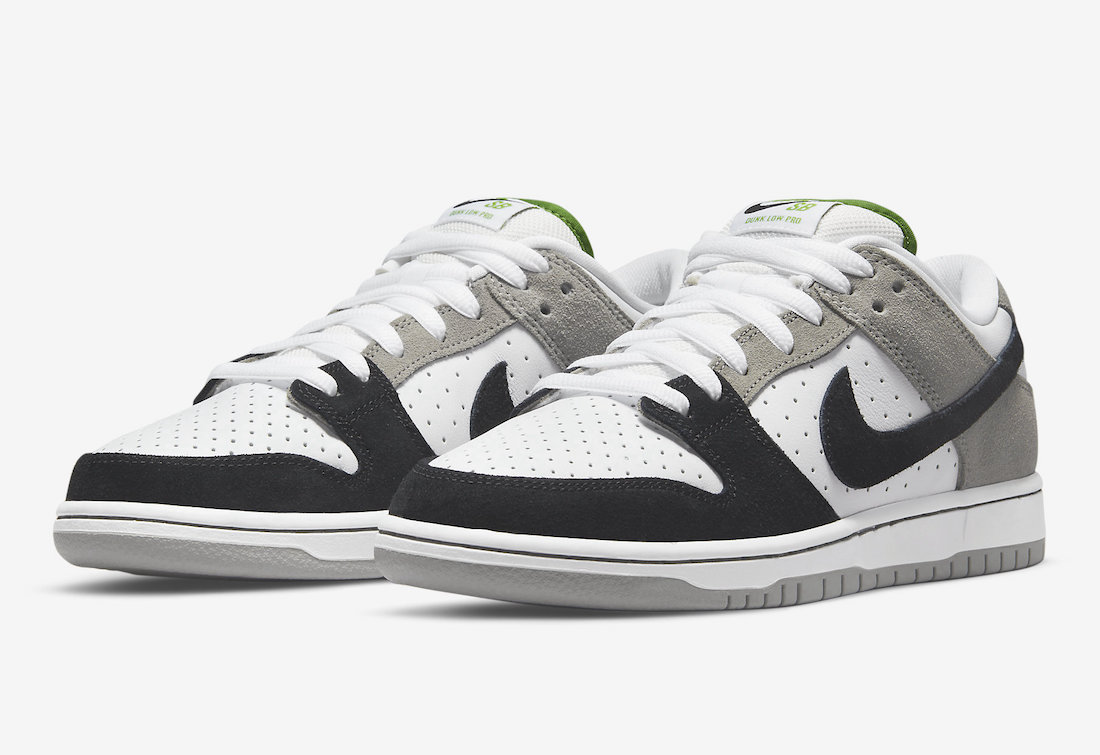