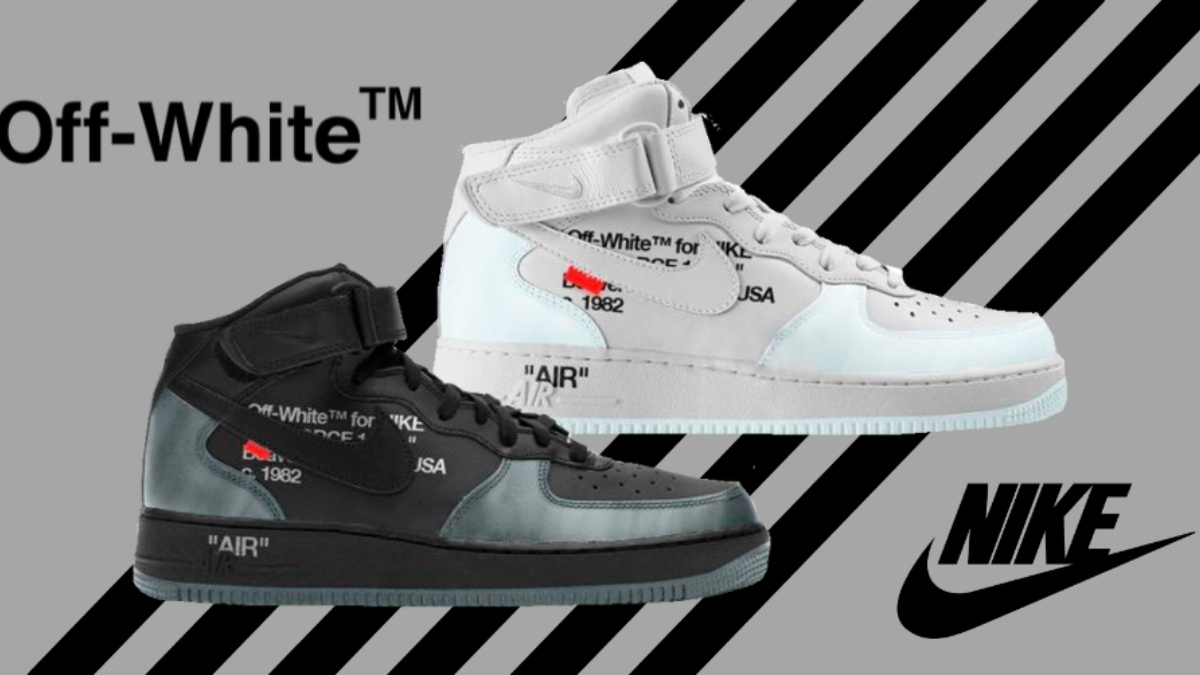 Off-White and Nike are releasing the Air Force 1 Mid in two different colorways, black and white. With the black colour scheme, the entire upper is in this colour. The front and back overlays get a metallic finish. With the white colorway this is the same, but of course in white.

On the Swoosh on the outside is a red label. On the side below the Swoosh is the Off-White branding that is on the inside of most pairs of the brand.

The Air unit is additionally marked on the midsole with "AIR" in Helvetica. The outsoles of these pairs are the same colour as the metallic overlays on the upper.

The image above is a mock-up. It is expected that the kicks will look like this, but in the official images some elements may be different.

The Off-White x Nike Air Force 1 Mid doesn't have an official release date yet, but according to PY_RATES, we can expect these two colorways in Spring 2022. Don't want to miss this release? Follow us on Instagram and keep a close eye on the release calendar.