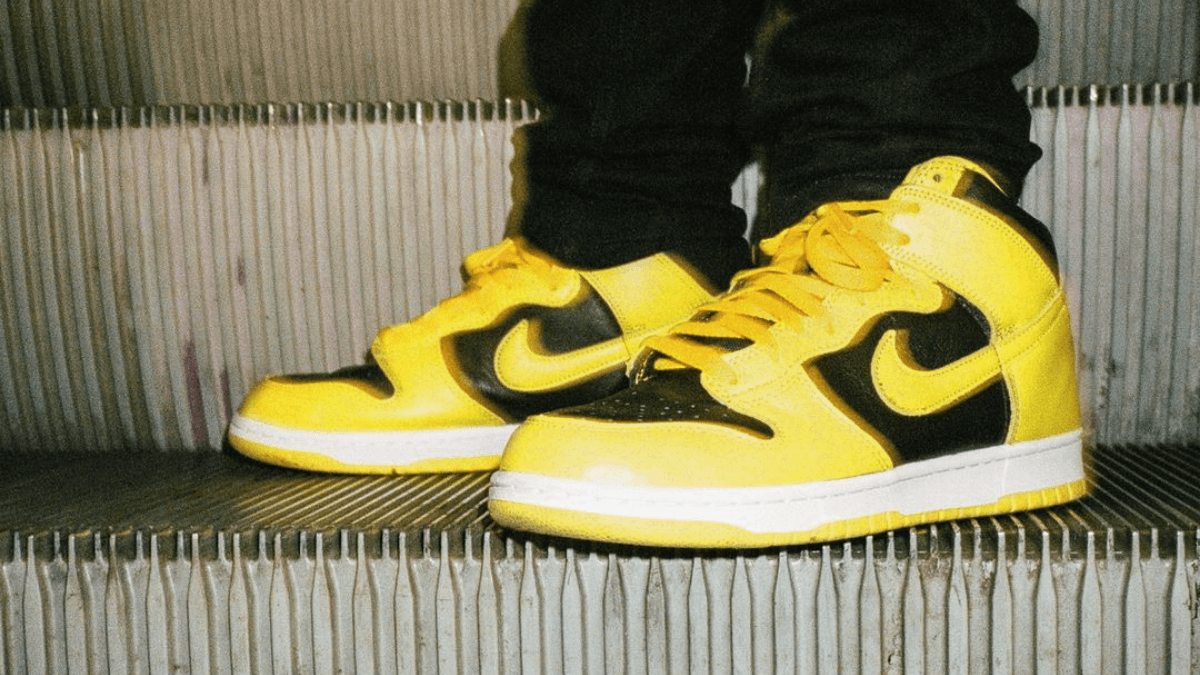 What's good Community, all year long, we have already presented you some very nice Dunk releases and you can guess it, also this week there will be another insane release of a Nike Dunk, because the Nike Dunk High SP 'Varsity Maize' drops. When and where? You can find that out now in the release info and after that you will get all the insights on the shoe.

The Nike Dunk High SP 'Varsity Maize' will drop on Wednesday, December 9th, 2020 at 9:00 a.m. at Nike but also at some other retailers. There are already a few Raffles running, which you should definitely register with. The Dunk will cost you 110€. Click on the button here to find all retailers and Raffles.

Those of you who have been in the sneaker game for a longer time might know the Colorway, which already, in the last millennium, had a dunk that looked almost the same. This dunk was released in 1999 as the so-called Wu Tang Dunk and yes, it is quite expensive today. As this dunk costs you about 20.000€ in reselling, a lot of money for a couple of dunks, so you should try to get the Nike Dunk High SP 'Varsity Maize' for retail.

Honestly, the Colorway is not worth 20.000€, as you can imagine, because the Wu Tang Dunk is so rare. But even if not worth that much money, the colour combination on the new dunk is very nice. As the combination of black and yellow, except for the football jerseys ( I just had to make that joke as a Bayern Fan) 😉 looks very good most of the time and that is as you can see for yourself. Therefore we have now some 🔥 Pics from the Nike for you.

So what does the American university have to do with sneakers? The Dunk is released on the occasion of all the "Major Colleges", because after the Michigan and Syracuse Dunks the University of Iowa's "Hawkeyes" colour scheme is now on and it's just black and yellow.

So that's it with all the information about the new SB Dunk release, if you want more such insights about upcoming releases, please have a look at our Blog. Furthermore a look in our release calendar is helpful, because then you will never miss another release. Finally, click on this button to find all stores that sell the sneaker.