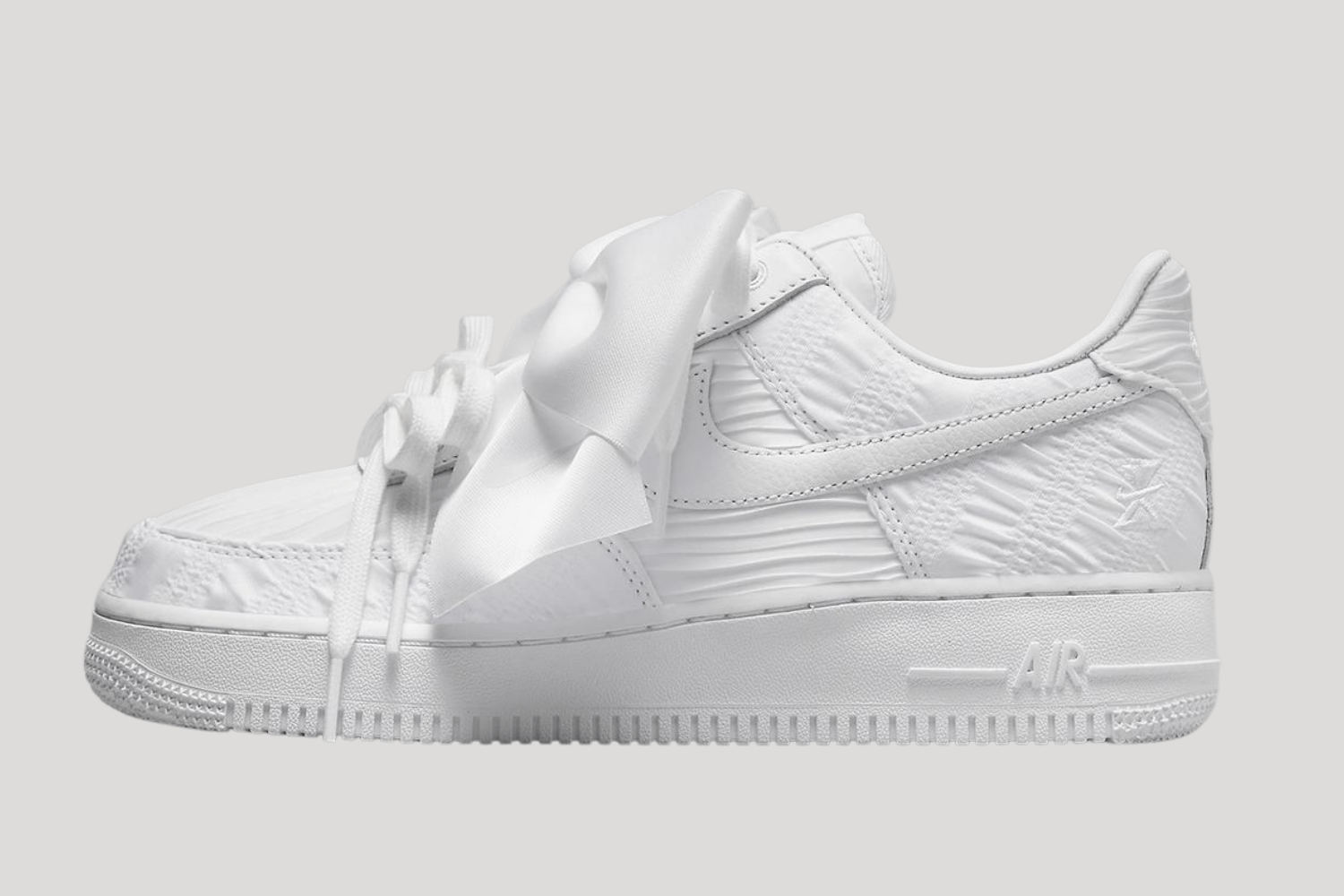 The first images of the new women's exclusive Nike Air Force 1 Low have been released. This pair immediately stands out because of the large bow on top of the shoe. This AF1 does not have an official release date yet, but is expected later this year.

The upper of this Air Force 1 is all white, but provides extra dimension. The toebox, side panel and heeltab are made of a pleated material. Because of this, you can see three-dimensional stripes on these elements. The overlays also feature a special texture with pleats and smocking. The Swoosh, on the other hand, is made of leather and is smooth.

The most striking element of this pair is the giant silk bow. The bow, like the rest of the upper, is white. On the side of the bow is the world-famous Nike Swoosh. Above and below the large bow there are smaller bows made of shoelaces.

A new logo has been spotted on the heel. An hourglass with a Swoosh through it indicates that more women's exclusive sneakers are on the way. On the heel tab is the Nike Air logo as we have come to expect.

This women's exclusive Nike Air Force 1 Low has no official release date yet. Until more information is available, take a look at the official images below. 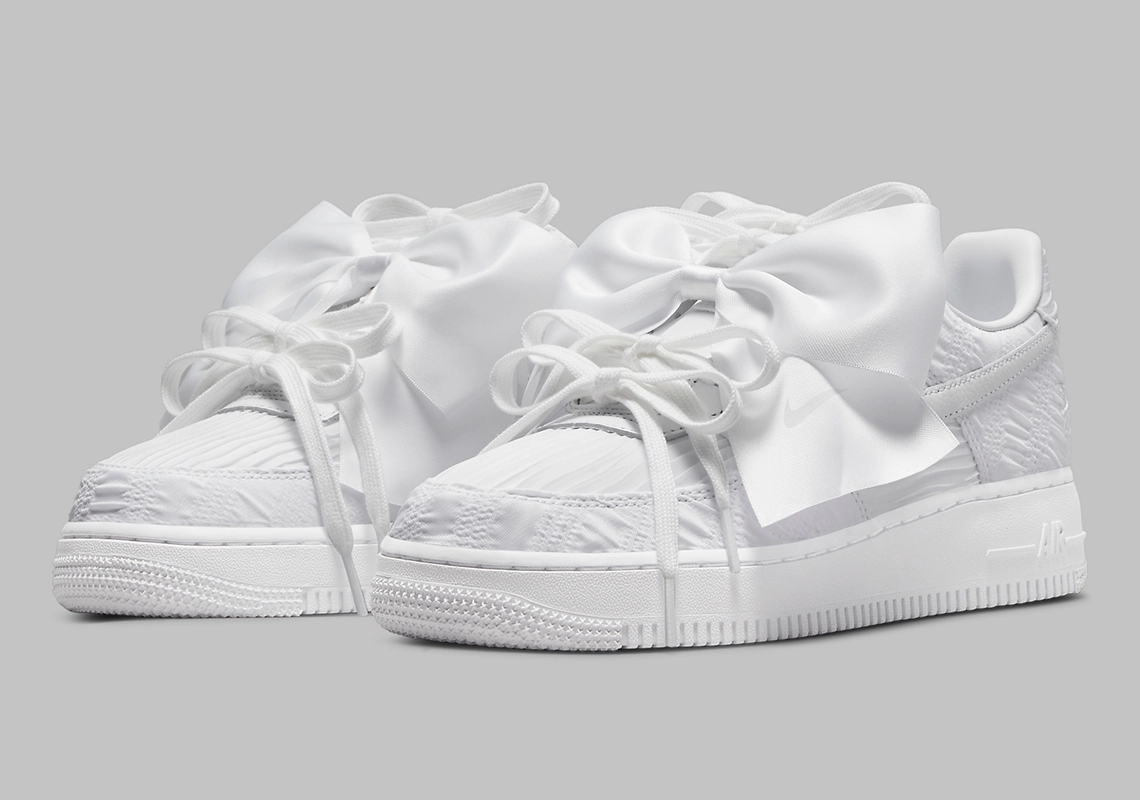 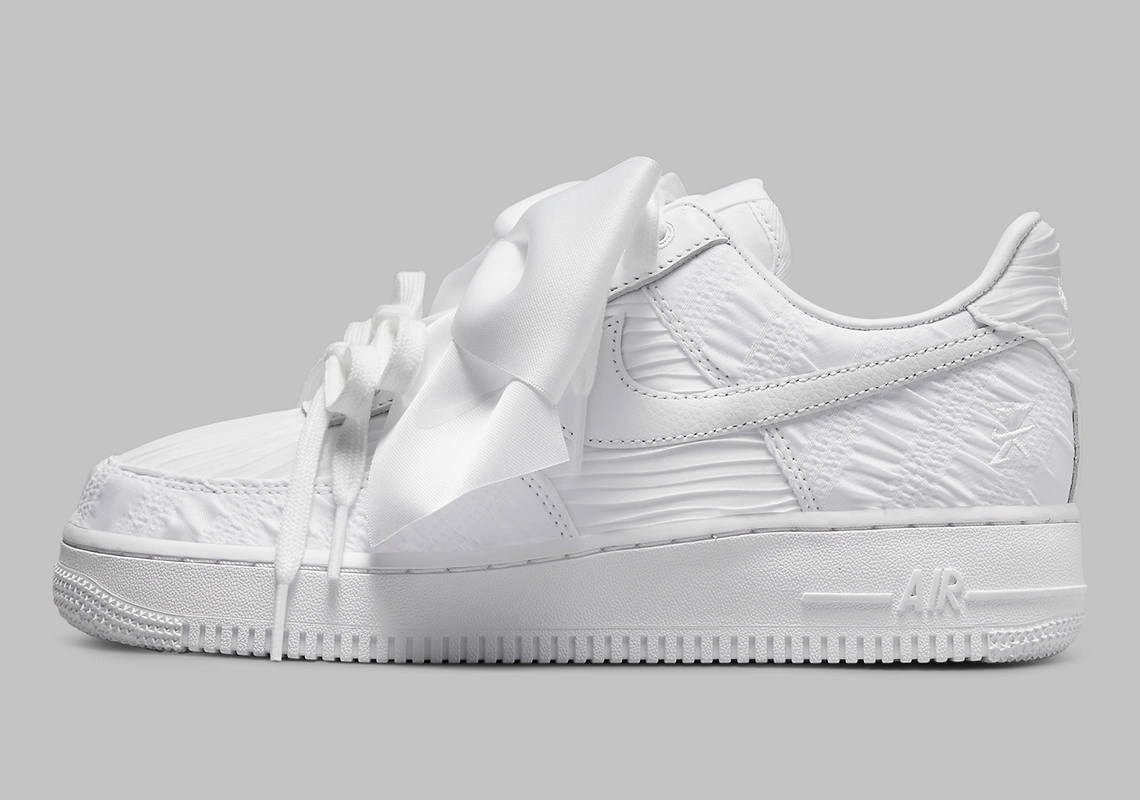 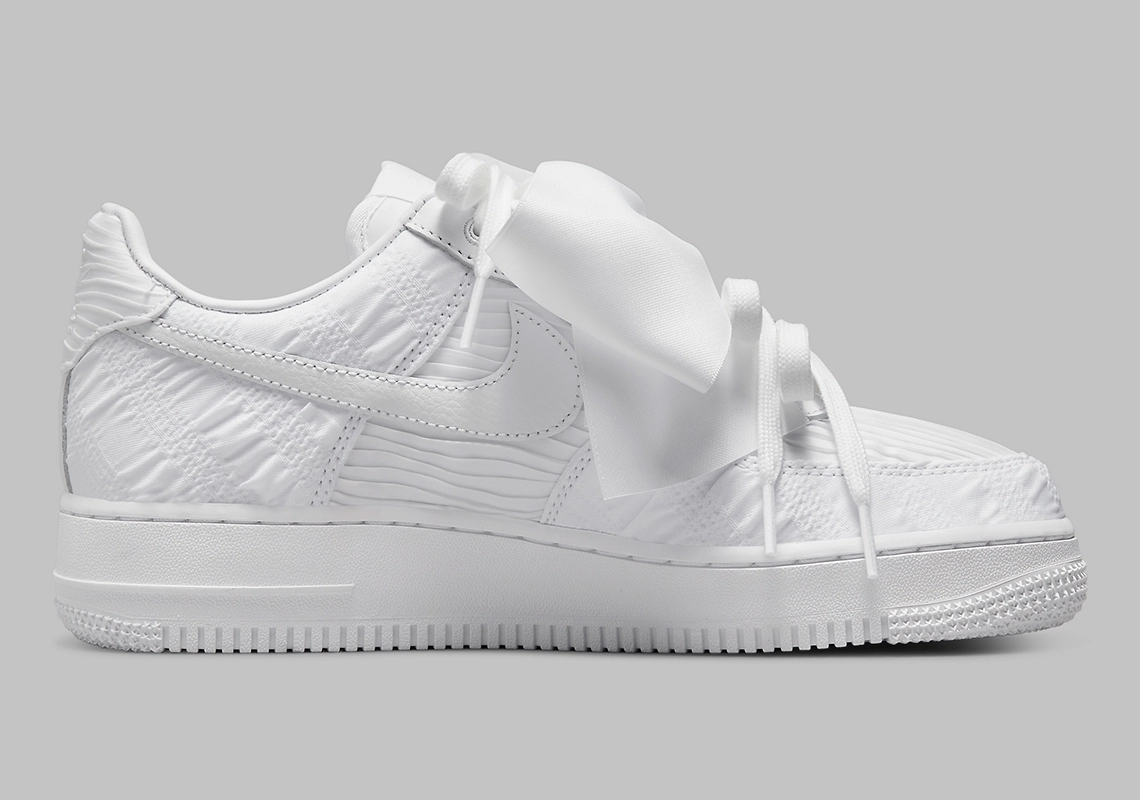 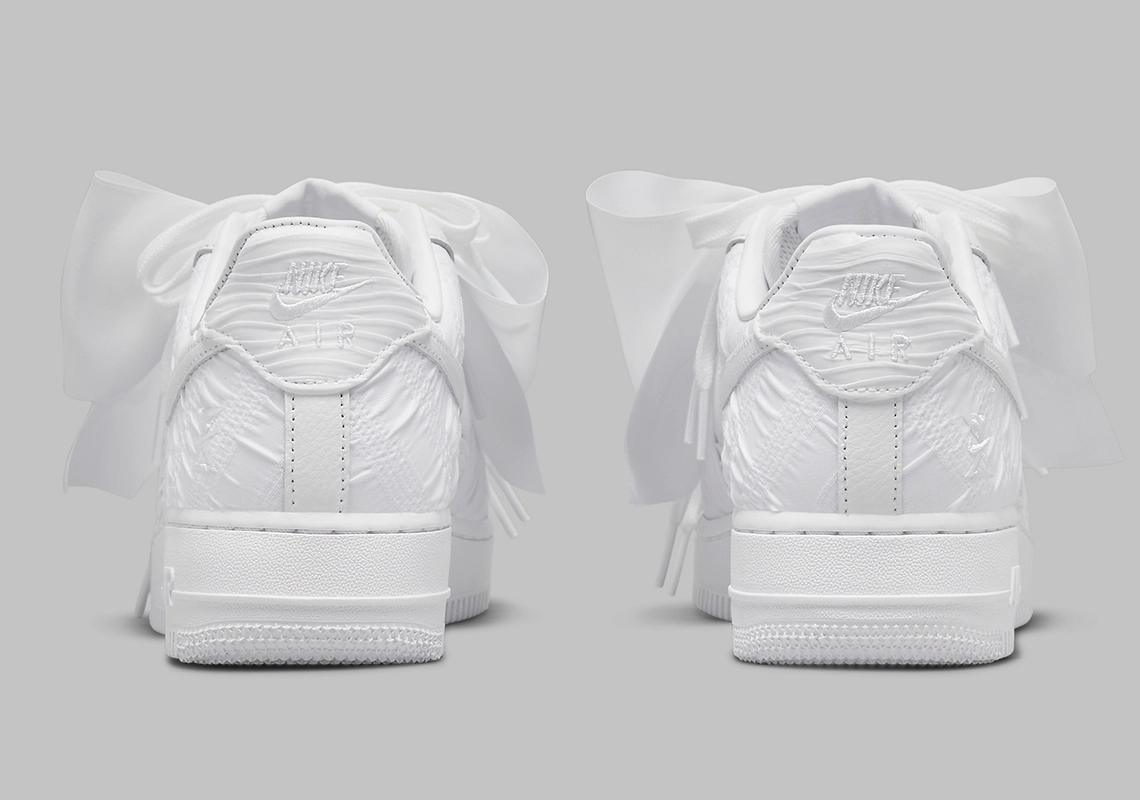 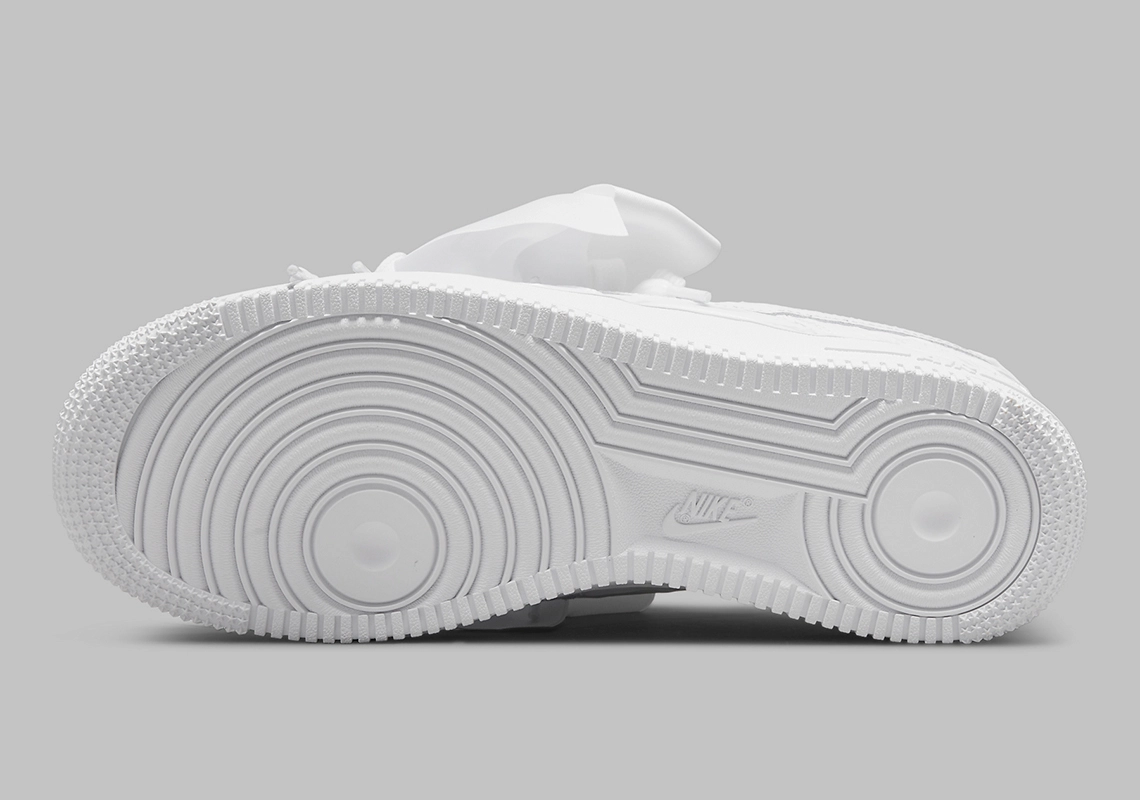 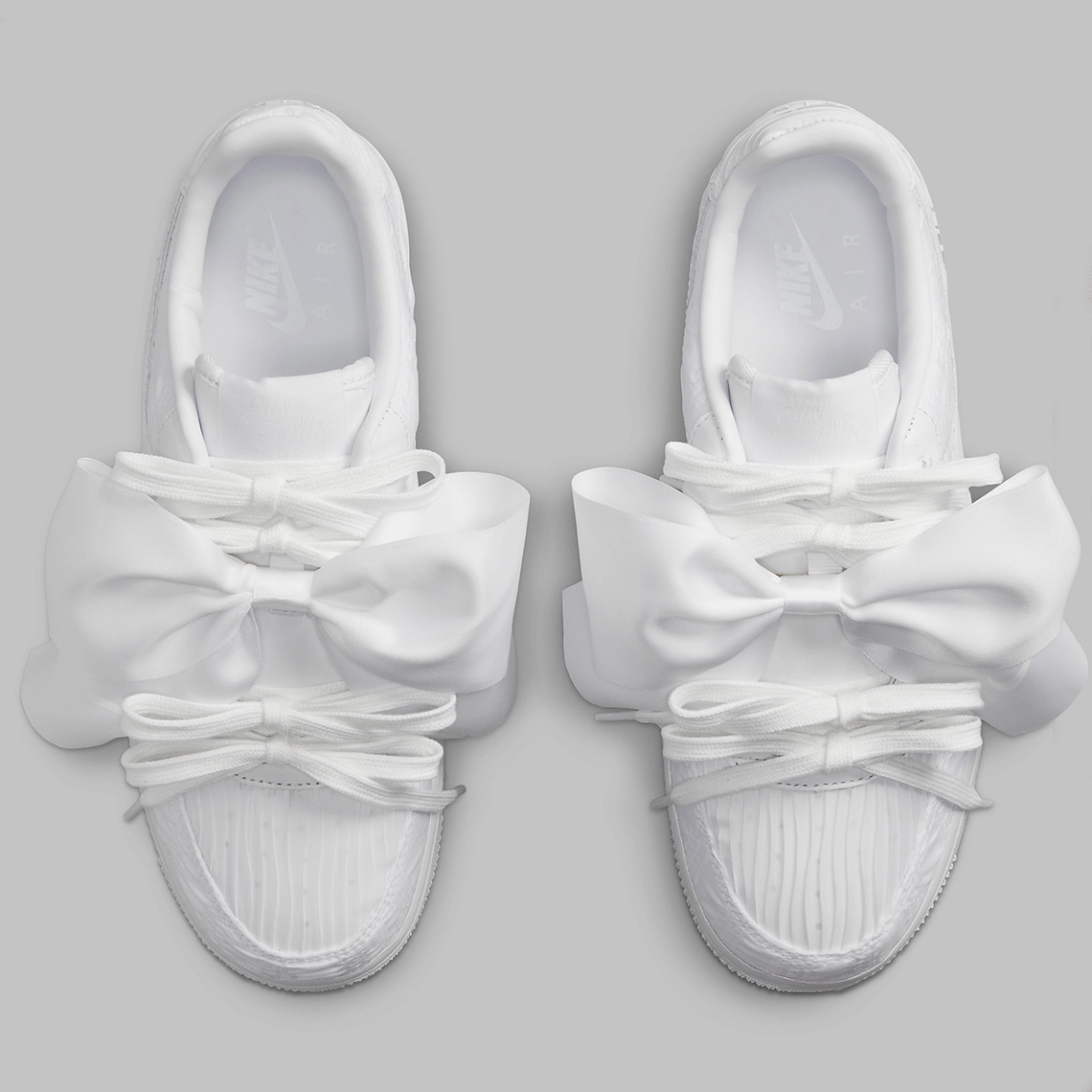 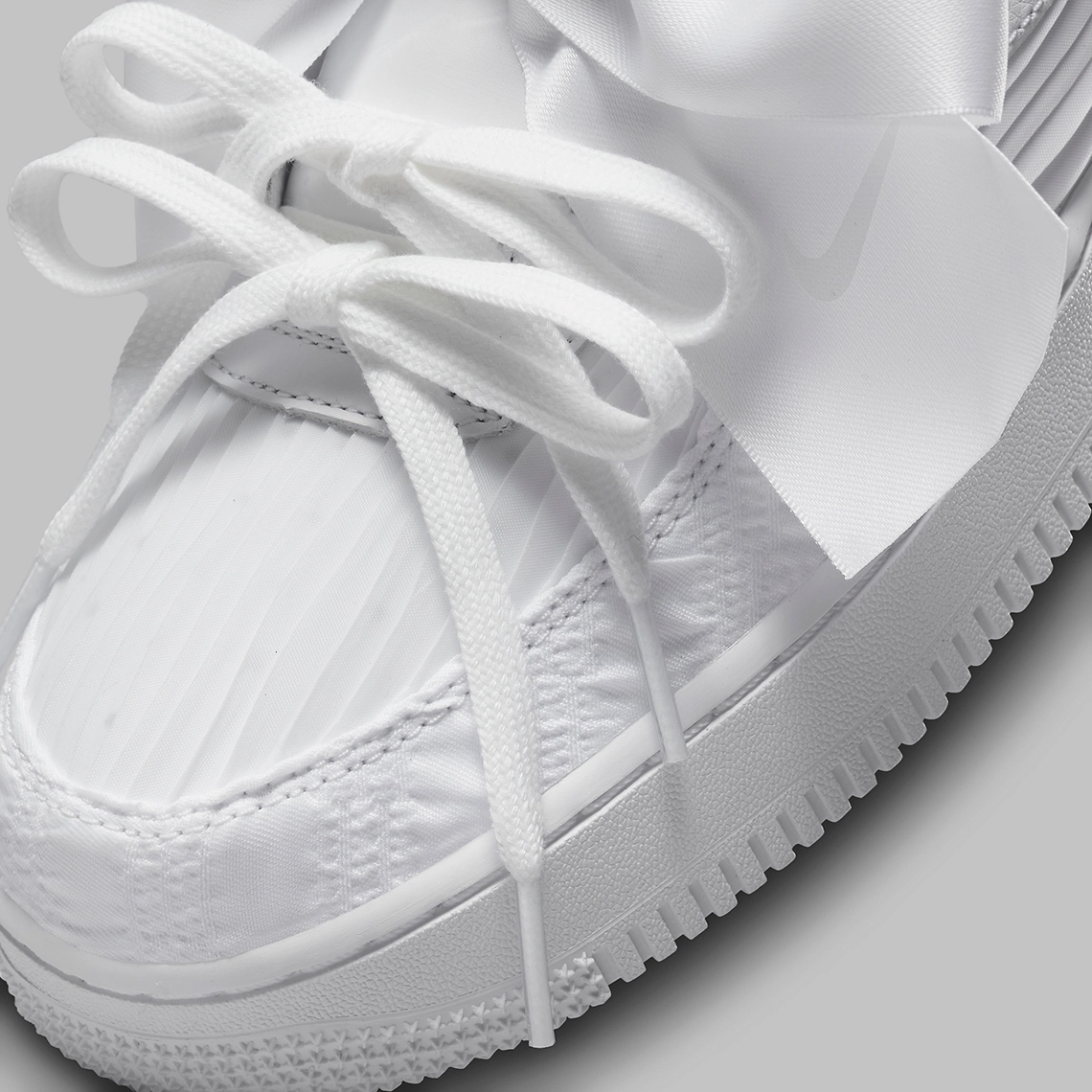 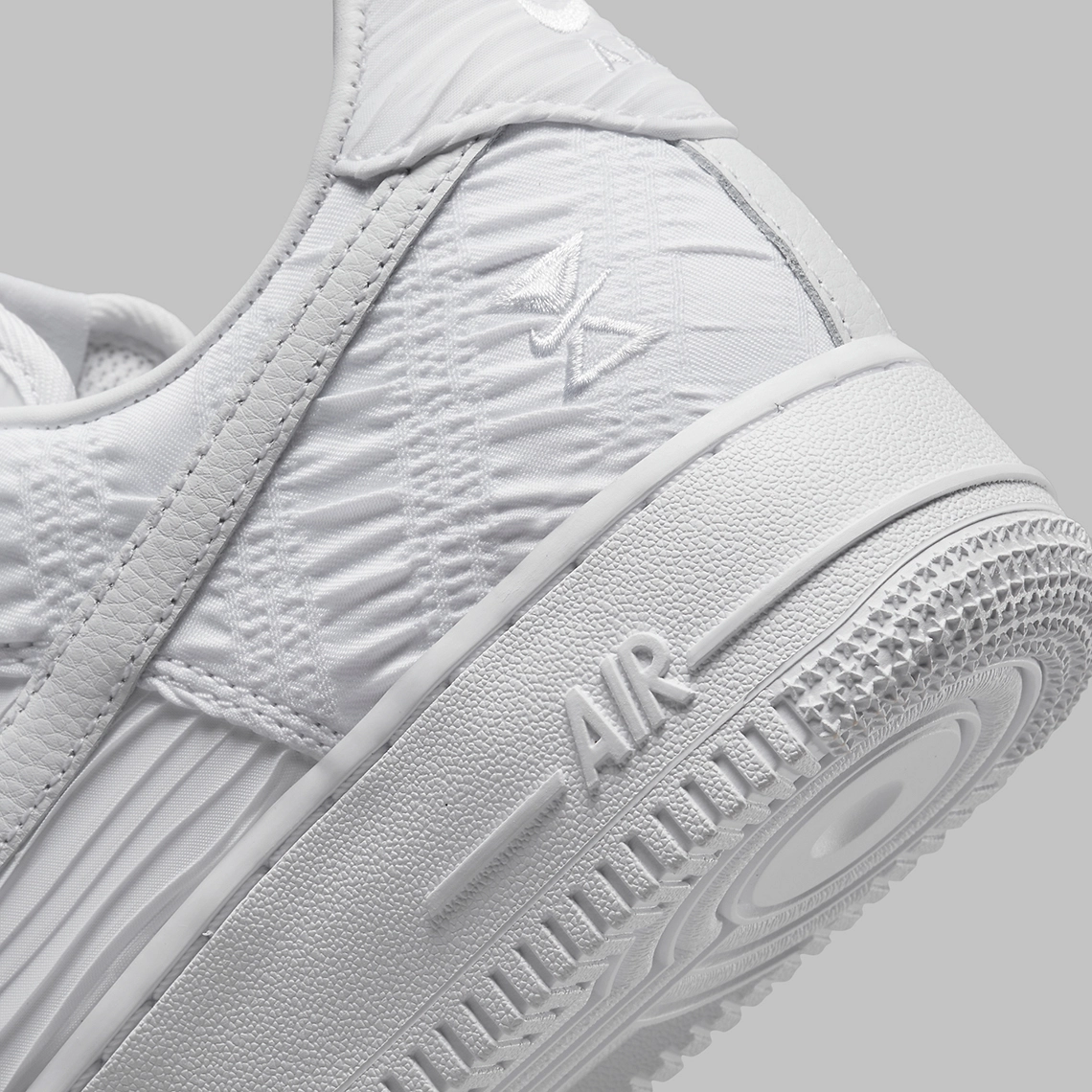 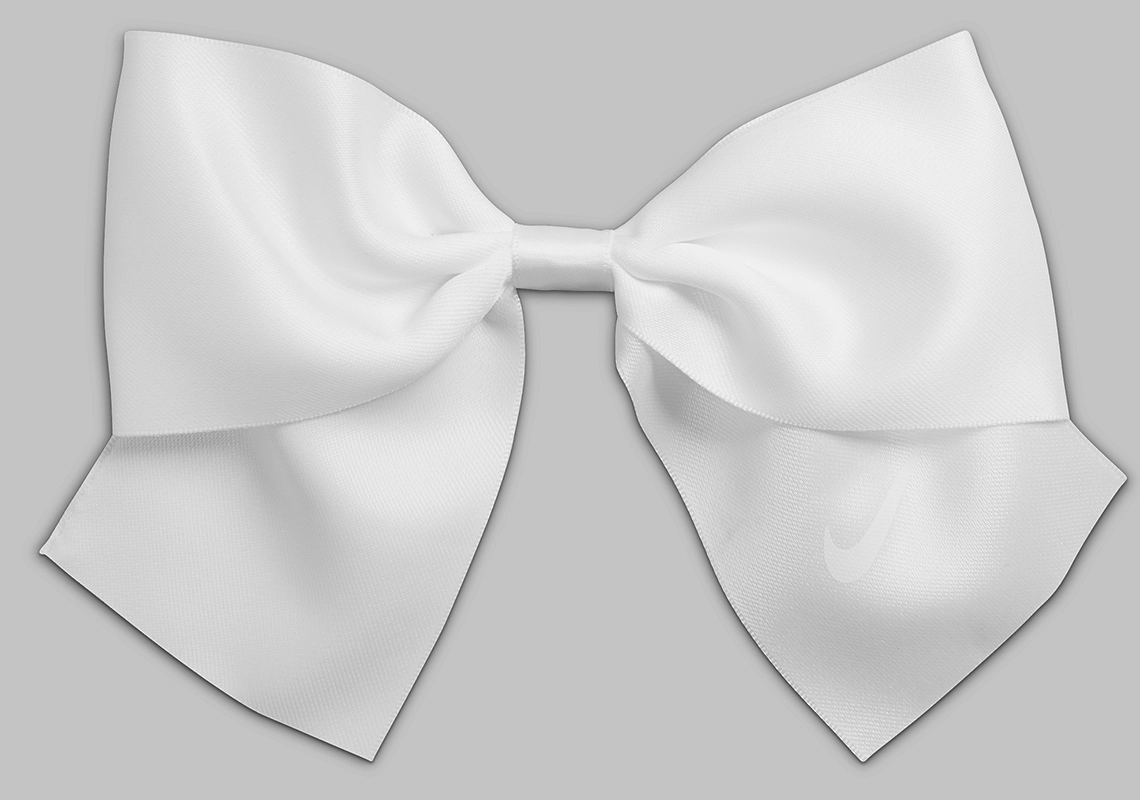