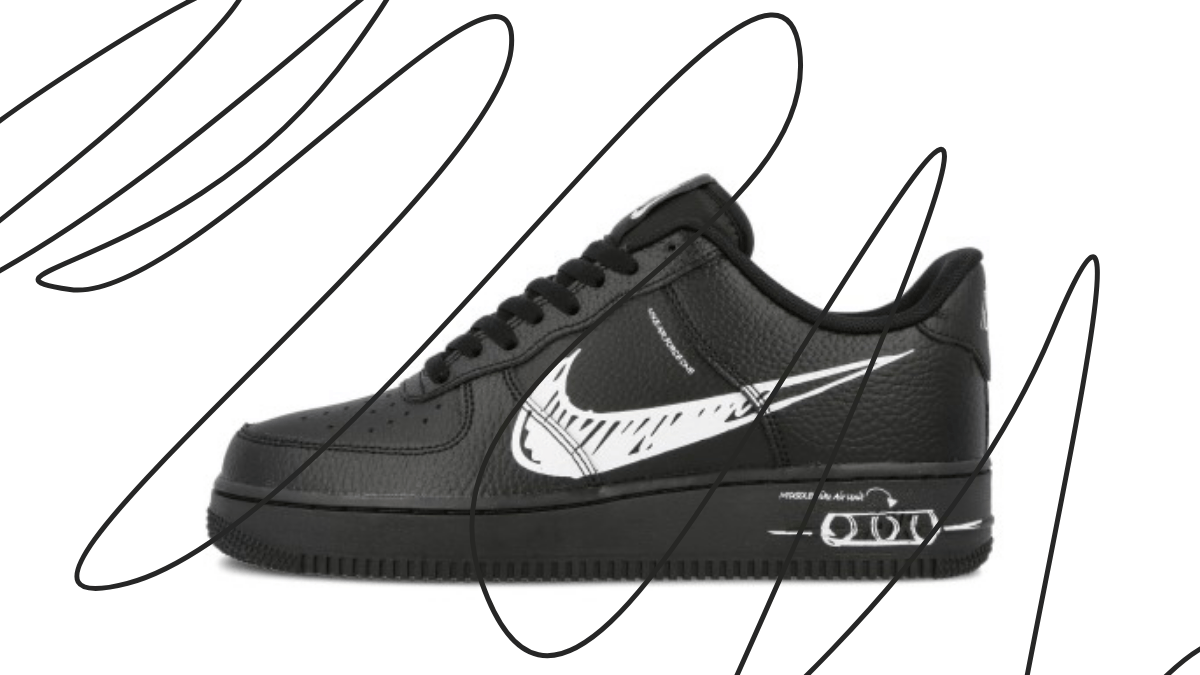 Today I have some really cool news for you: We can start the month April with the Nike Air Force 1 Sketch 'Black'! If you think that this is an April Fool's joke from Nike or me, you are way off track! From April 1, 2020 at 09:00 am you can get this Air Force 1 for €110. Well guys, April does what he wants and so far I like it very much! But before we take a look at the new colorway, let's go back to the beginnings of the Air Force 1:

You won't believe it, but the first model of Air Force 1 appeared 38 years ago. At that time it was still designed for basketball. Then in 1982, the first Air Force 1 was born, the first basketball shoe from Nike with the popular Air technology. The model quickly gained popularity and was no longer only found in the gym, but also on the street and especially in hip hop clubs.

To this day, this true legend has remained at our feet. But now the Air technology is no longer the main focus of the shoe, but above all the various color schemes. Nevertheless it remains true to its roots and convinces us again and again with its fantastic, soft and springy cushioning. I can only speak from my own point of view, but for me the Air Force 1 is my absolute favourite sneaker from Nike!

The new Nike Air Force 1 Sketch 'Black' is a sleek, modern sneaker with casual details and the well-known Air technology. Let's start with the color scheme: A black sneaker with white details. But what stands out immediately? All details look as if they had been drawn by hand. First thing that catches our eye is the big swoosh. It's only on the outside of the shoe and seems as if somebody didn't paint it completely with a pencil. Above the swoosh we can find a little note with the name of the sneaker.

Also on the outside, but this time on the midsole, we see a small sketch of the air unit, with matching handwritten lettering. Let's get to the inside: A small swoosh on the side heel, another handwritten lettering and a 1982 lettering which, as we already know, marks the release year of the first Nike Air Force 1. And so the new colorway is ready. It has a certain simplicity with a touch of retro style - super trendy and exciting!

If the Nike Air Force 1 Sketch 'Black' didn't convince you, or if you are looking for more Air Force 1 Colorways, check out our Sneaker Collection, you will surely find something here. Furthermore you won't miss any new releases in the sneaker world with our Release Calendar! So check it out and convince yourself.