New episode of The Pay Check with Bamba Al Mansour 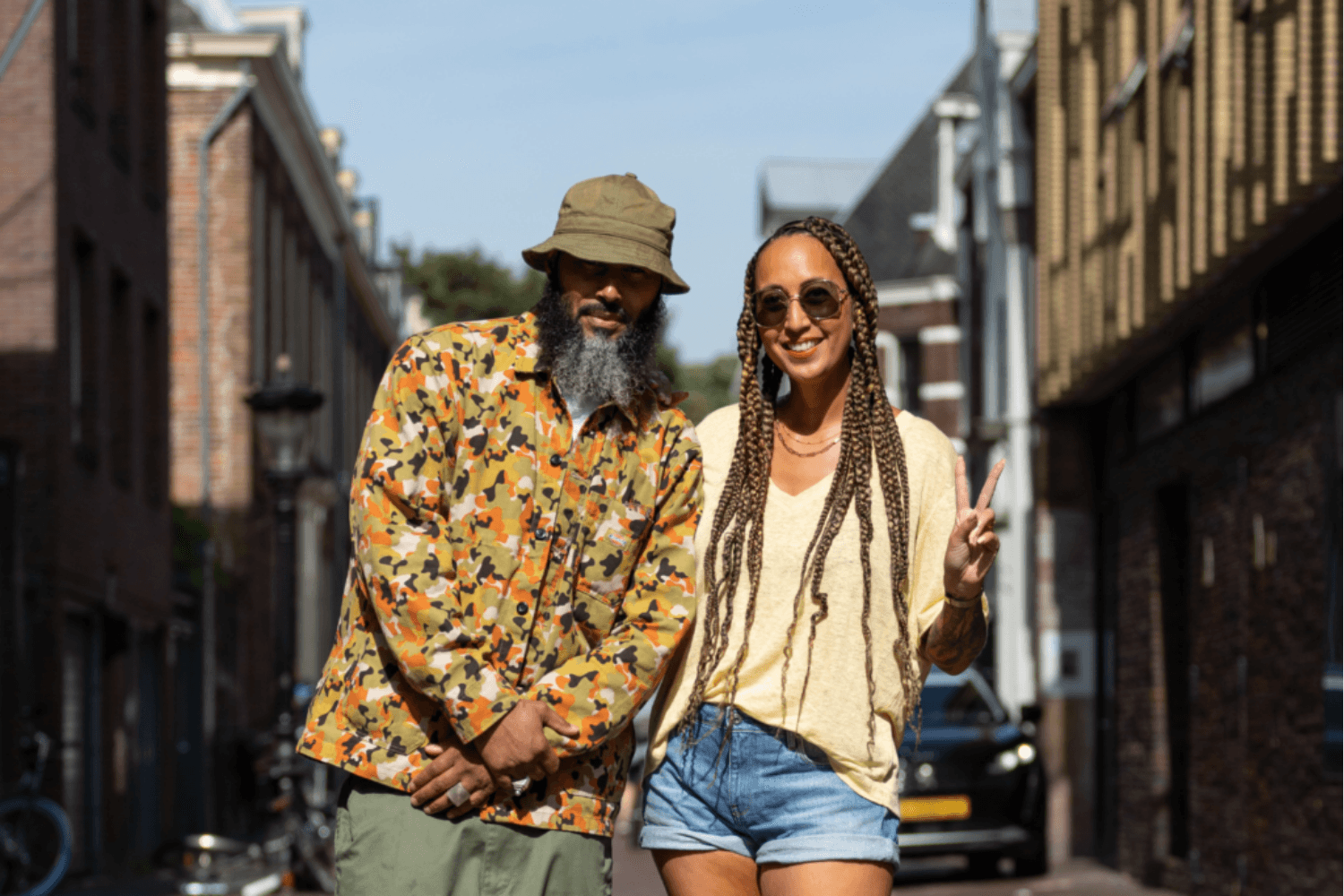 The Pay Check is back with a new episode on Thursday, October 12, 2022, dear community. In episode eight, Pay Kolmüs talks to DJ, artist and creative Bamba Al Mansour.

Bamba Al Mansour, founder Blackstereo Records, has already achieved a lot in his career, working with names like Daddy O, Redman and The Outsidaz. The eighth episode of The Pay Check is online at 8pm on the Sneakerjagers YouTube channel.

The Pay Check is a talk show powered by Sneakerjagers in which host Pay Kolmüs talks to various guests about hip-hop, sneakers, the culture and everything around it. In a laid back atmosphere, they talk, laugh and discuss a variety of topics. Previous episodes have featured none other than Edson Sabajo, Kwills and Neenah as guests. This time, Pay talks to Bamba Al Mansour.

Host Pay Kolmüs (@payfresh) is a jack of all trades and has a broad field of work. As a music journalist and artist manager, Pay has worked with a lot, great artists worldwide. With some 20-plus years of experience in the music and entertainment industry, Pay has built a broad network within the music and culture sector and is active in various markets.

In her career as a music journalist, she has had the opportunity to speak to major artists such as Public Enemy, Ice Cube, Nas and Ne-Yo. As a DJ, she made mixtapes for several artists and also had her own radio show. Currently, Pay is a member of the Supervisory Board of the Melkweg, Amsterdam's biggest hip-hop stage. In addition, as an artist consultant, she helps new creative talents strategically build their name, work and career.

As icing on the cake, Pay is also a mentor and lecturer at Master The Mix Academy, The Foundation and ICMA in the UK and also has great passion for trainers. Especially for the Nike Air Max 1, her all-time favourite silhouette.

The eighth episode of The Pay Check features none other than Bamba Al Mansour as a guest. Bamba has a successful career in the music and art industry. As an artist, Bamba aims to create impactful art that inspires and motivates people. He also runs his own label, Blackstereo Streets (@blackstereorecords). Here, Bamba offers creatives and artists a platform and puts art and creativity at the centre.

Bamba grew up in Europe and North, West and South America. While living in Brooklyn, New York, he got into the music industry and worked as a producer for Kedar Massenburg (Motown: D'angelo/ Erykah Badu). From here, the ball got rolling and Bamba worked on various music productions, film scores and did music curation for fashion events and commercials.

From here, Bamba has collaborated with names like Daddy O (Stetsasonic), Redman, The Outsidaz, Freestyle Fellowship, as well as several African hip-hop acts like Xplastaz and Fid Q. He produced "Next Block" for the infamous all-star hip-hop collective, The Most Official.

Apart from his successful career in the hip-hop industry, Bamba now wants to focus on helping young creatives and does so with his label Blackstereo Streets.

With Blackstereo Streets, Bamba wants to build an infrastructure for budding creatives. He wants to inspire young people and establish a community centred on impactful art. He has big plans for 2023 and tells all about them in the eighth episode of The Pay Check.

Episode 8 of The Pay Check

The eighth episode of The Pay Check will be online on Thursday, October 13, 2022 at 20:00. The episode can be viewed on the Sneakerjagers YouTube channel.

Also, don't forget to follow @sneakerjagers on Instagram to stay updated on upcoming episodes of The Pay Check and much more. Download the Sneakerjagers app and get push notifications of your favourite shows or release.