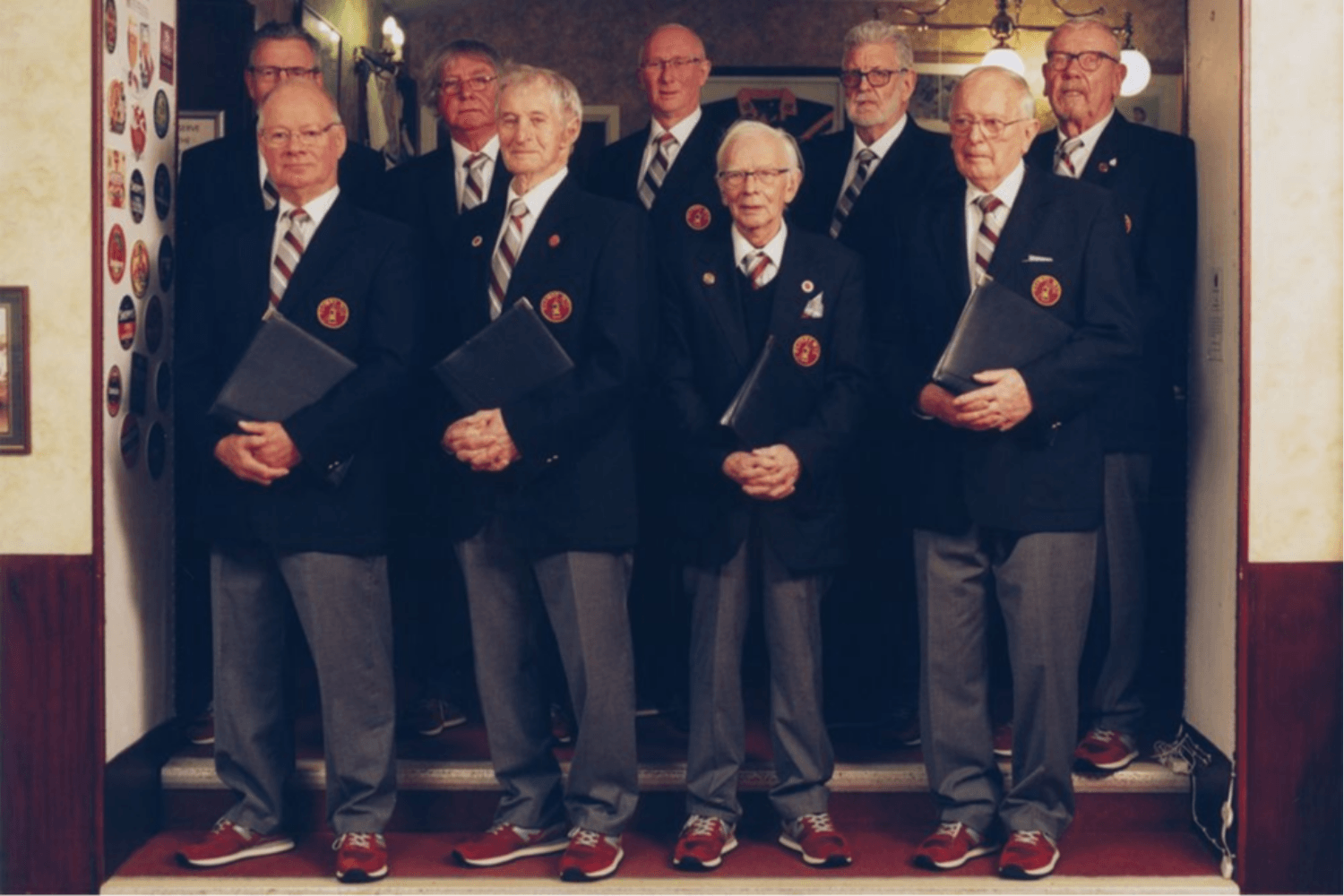 Dear community, if you spot the sign 'Made in England' on a New Balance flap, then there's a lot more to it than just the sneaker itself. The sneakers are produced in Flimby, England- in a very special way.

We take a look behind the scenes of the factory and their designs, as well as the celebration around 40 years of production in the UK. Let's get started!

Flimby is a small town on the English-Scottish border where the New Balance factory opened in 1982 and has since successfully maintained the honour of being the forefather of New Balance. All sneakers have always been as good as handmade there.

The factory produces an average of 10,000 pairs of shoes per week, which is, of course, a blatant feat of craftsmanship. Sure, no comparison to the big production facilities worldwide, but still a big performance. The production conditions in Flimby are good, the wages are fair and the employees work a 4.5-day week.

"From our rich catalogue we can draw inspiration for new quality shoes that are coveted around the world. After 40 years, we still have a great team of people who take pride in making our shoes with such high quality," says Dawn Brankley, Made in UK senior product manager.

Which New Balance are produced in Flimby?

The most popular shoe from the Flimby factory is probably the New Balance 1500. It was originally launched in 1989 as a performance runner and was produced in the USA. Only later did the production facility move to Flimby, where the shoe is made by hand.

Characteristic features of the 1500 are above all the slightly smaller 'N' logo and the comfortable Encap sole unit.

The 40th anniversary of the Flimby factory

"40 years of manufacturing in the UK is a great achievement and a testament to the skills, hard work and pride of our people who make the handmade shoes our customers love."

A homage to the factory

Incidentally, to mark the 40th anniversary of British production, New Balance has already released the 'Flimby Catalogue Pack' in May 2022. The pack consists of many iconic silhouettes. The 991, for example, comes in a grey/brown colorway, which is strongly reminiscent of the recent collab with Dover Street Market, while the 1500 releases in classic grey with a cream midsole.

On the other models, the retro touch is more important, which meets simple colorways in the silhouettes. We are talking about the New Balance 730, 920 and 670. This is what the kicks look like:

We've picked out some sneakers of the 'Flimby Pack' for you below. We show you where you can still get hold of the sneakers, in which sizes they are available and how much they cost.

New Balance M920UKF 'A Love Letter To Flimby' - Made in England

New Balance M991UKF 'Made in England'

New Balance has also uploaded an elaborate image film: 'A love letter to Flimby'. New Balance writes in the caption of the film:

"Flimby is special. There aren’t too many occasions when the likes of New York, Tokyo, and London are eagerly awaiting the latest happenings in a village of less than 2,000 residents of the coast of the Irish Sea, but that’s the power of true quality. Since 1982, the technological innovation and meticulous craftsmanship synonymous with New Balance has been expressed at the highest levels by three simple words: 'Made in England.'"

Did you learn anything new about Flimby? We hope so! If there are more questions, just reach out to us via Instagram. By the way, we have more history pieces like this on our news section. For example, have you heard about the New Balance multisport facility 'The Track'? If not, then click here to find out more >>