Most Popular Sneakers at StockX - Week 47 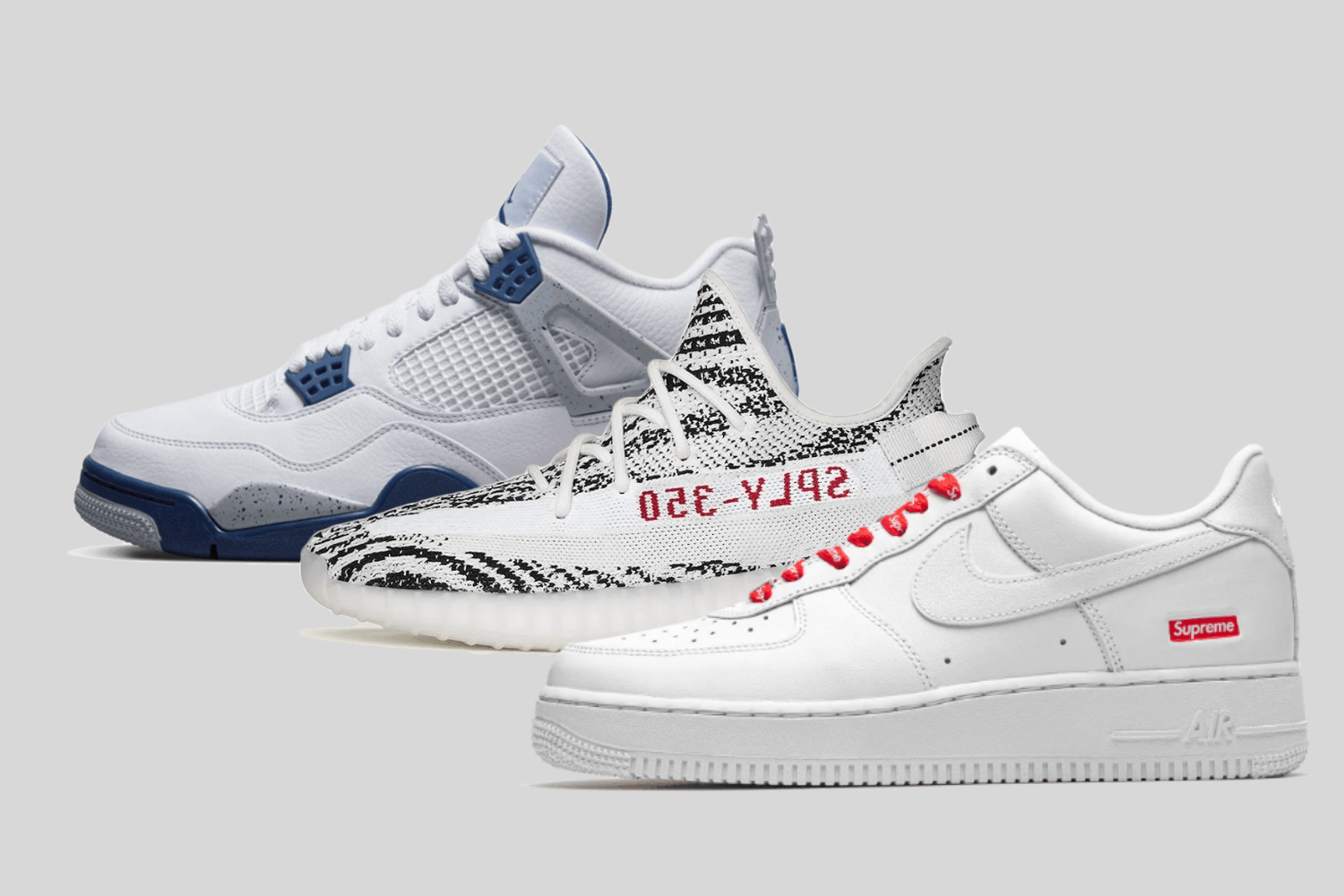 It's another new week and that means we are going to look at the Most Popular Sneakers currently at StockX. The sneakers on the platform are usually no longer available from retailers and are therefore very exclusive. In week 47, we see some familiar ones returning, such as the Nike Dunk Low SP 'Kentucky'. In addition, we also see the recently released Air Jordan 1 Retro High OG 'Lost and Found'. In short, we can take another look at a lot of exclusive silhouettes!

What is StockX? StockX is one of the largest online buying and selling platforms in the world. It is a marketplace where you can offer, as well as buy, sneakers, clothes, accessories and much more. To make sure the product you buy is not a fake, the StockX team is on hand daily to check the authenticity of all products. Check out the site via the button below!

These are the top ten Most Popular Sneakers at currently at StockX!

The most popular sneaker of week 47 at StockX is the Air Jordan 4 Retro 'Midnight Navy'. A sneaker that we have seen past in the review before. The Air Jordan 4 model was designed in 1989 by Tinker Hatfield. Many different colorways have since been released.

The 'Midnight Navy' has a base of white leather with striking Midnight Navy details around the laces and on the front part of the sole. The signature elephant print can be seen on the sides and heel, which we first saw on the Air Jordan 3. Another eye-catching detail is the chequered framework on the centre panel and toe cap.

*Please note! Trainer prices may vary from size to size and day to day. This depends on the supply and demand of the respective trainer.

This Dunk Low has been given another white base. Overlays in dark blue have been placed on the base. The combination of white and blue creates a strong contrast on this pair. The pair is reminiscent of the 'Be True To Your School' pack, where the colorways were representative of a basketball team. To show which team you support.

The adidas Yeezy Foam RNNR Onyx is next in line. With its shape, the Foam RNNR is a real eye-catcher. Besides, the dark colour goes well with any outfit.

The Foam RNNR silhouette is made of EVA foam and algae materials. The model is known for its unique shape. This is mainly due to the various holes in abstract shapes on the upper. Last but not least, the model is also easy to put on as it has no laces.

Fourth on the list is the Air Jordan 1 Low Eastside Golf 'Out of the Mud'. The sneakers have a simple upper of navy blue nubuck with black laces. The Eastside Golf logo is embroidered on the tongue and the logo can also be seen on the heels. An eye-catching detail is the insole, which features graphics inspired by golf courses.

The New Balance 550 is currently one of the brand's most popular models, this is mainly because of the vintage vibes the model exudes. In an earlier review, we saw the 'White', now the 'White Green' belongs to the list.

Crafted from premium perforated leather and soft suede, the silhouette comes in a combination of white and light grey. A rich green colour is placed on the 'N' logos on the centre panel, branding on the tongue and heel and several other small details.

A striking silhouette is the Nike React Phantom Run Flyknit 2 'White Glacier Blue'. The silhouette has no laces, ensuring safety, support and comfort. In addition, the foam in the sole provides cushioning and comfort while running. The striking blue colour adds that extra touch to the sneaker.

The Air Jordan 1 Retro High OG 'Heritage' has a leather upper and comes in a minimalist colour scheme. An eye-catching detail is that the toebox is coloured red, as are the rear overlays. The collar, Wings logo and laces come in black. Everything else is in white. Which makes the Swoosh in red contrast well with the base.

The Nike Air Force 1 Low 'Supreme White' has been released in 2020. The upper of this colorway is almost the same as the well-known 'Triple White'. The only difference is the red Supreme logo on the heel. A personal touch Supreme has added to the silhouette.

SHOP THE SUPREME WHITE HERE FROM €163!

The adidas Yeezy Boost 350 V2 'Zebra' was first released in 2017 and has been very popular ever since. The sneaker's name is reminiscent of a zebra due to its white upper with black stripes. More signature design elements can be seen, such as the PrimeKnit upper and the distinctive red branding on the side stripes.

Last on the list is the Air Jordan 1 Retro High OG 'Lost and Found', previously known as the 'Chicago Reimagined'. The pair had been given this name because of the distinctive Chicago colours used for the silhouette, which were first seen in it in 1985.

An eye-catching detail is the collar, which has been given a cracked look, which is a nod to the mom-and-pop shops of the 80s where the Air Jordan 1 High 'Chicago' came in worn-out shoe boxes. To create a vintage look, the base comes in a 'Sail' colour. The whole design is finished off with a 'Varsity Red' outsole.

These were the Most Popular Sneakers at StockX of week 47. Be sure to check out the rest of the offerings on the StockX website via the button below!