Most Popular Sneakers at StockX - Week 45 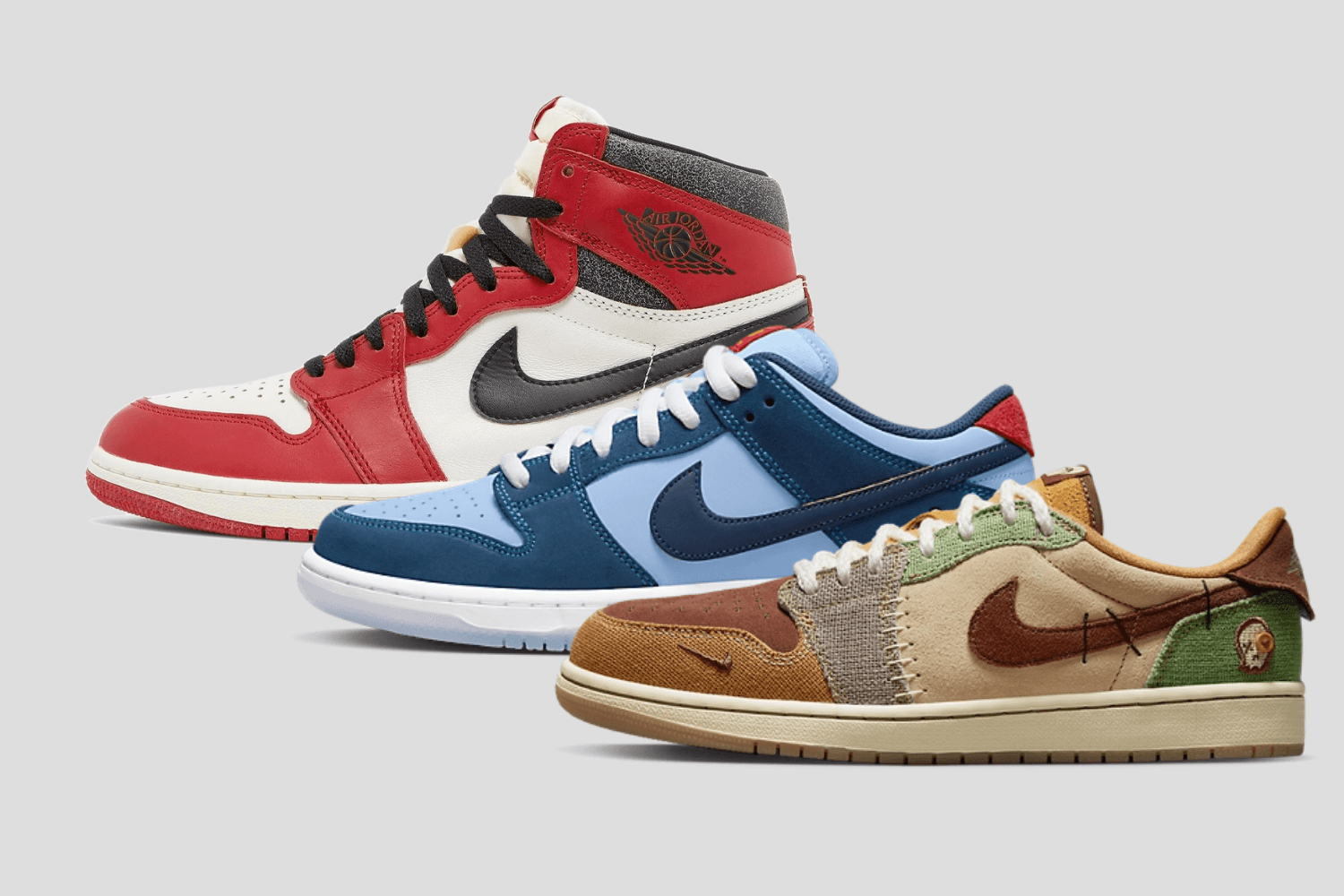 A new week has started again and that means it is time for the most Popular Sneakers at StockX. In this series, we look at the most popular sneakers on the platform every Tuesday of the week. It's a rundown of ten sneakers that are currently selling the most. In week 45, we see a lot of Air Jordans passing by but also some Dunk Lows. So it's another good week for Nike!

StockX is one of the largest online buying and selling platforms in the world. It is a marketplace where you can offer and buy sneakers, clothes, accessories and more. At StockX, you get a second chance to purchase sought-after items after all. How do you know you are buying an authentic product? The products offered on the platform are checked daily by StockX team. Curious about what they offer? Then click on the button!

Below is a list of the ten Most Popular Sneakers at StockX from week 45!

The most popular sneaker at StockX this week is the Nike SB Dunk Low Pro 'Why So Sad?'. Skateboarder John Rattray founded Why So Sad? in 2016, following his sister's suicide. The sneaker is designed to help people with depression and to focus on mental health

The base of the pair comes in light blue leather. On this base, overlays are placed in a darker shade of blue. What stands out are the red Nike SB labels and the 'Why So Sad?' branding. The project's mascot is a bird of prey, which can be found on the heel. The motif also returns on the printed insoles. The design is rounded off with a white midsole and a semi-transparent translucent outsole.

*Please note! Sneaker prices may vary from size to size and day to day. This depends on the supply and demand of the respective sneaker.

Second on the list is the Air Jordan 1 Retro High OG 'Lost and Found', previously known as the 'Chicago Reimagined'. This is because the sneaker has been given the signature Chicago colours, which first appeared in 1985. The colours refer to the basketball team the Chicago Bulls, where Michael Jordan played.

One notable detail is the collar, which has been given a cracked look, which is a nod to the mom-and-pop shops of the 80s where the Air Jordan 1 High 'Chicago' were in cracked shoe boxes. To create a vintage look, the base comes in a 'Sail' colour. The entire design is finished off with a 'Varsity Red' outsole.

The Air Jordan 1 Retro Low OG Zion Williamson Voodoo is a striking sneaker with a spooky theme. The pair is made of canvas and suede materials with a Voodoo skull logo on the heel. The stitching on the outside exudes even more Voodoo. Not only is the theme spooky, the shoe itself is also cursed. Just look at the tongue, it is not as it should be...

We've seen the Air Jordan 1 Mid 'Light Smoke Grey' in the review before. This says something about the pair's popularity! The popularity could be because the sneaker is also sometimes compared to the Air Jordan x Dior, which are on sale now for €8816 at StockX.

The sneaker comes in a combination of the colours grey, white and black. The base has been given a white colour and the overlays come in light grey. For contrast, black is placed on the well-known Wings logo, the Swoosh and the laces.

The Nike Dunk Low Retro 'Miami Hurricanes' comes in the colours of, you guessed it, the Miami Hurricanes. Despite the South Florida basketball team no longer being affiliated with Nike. As with the 1985 'Be True To Your School' pack, the sneaker comes in a two-tone colour palette.

What first stands out is the orange colour placed on the base. The overlays come in a dark green colour. In this way, the colours of the University of Miami are perfectly replicated. The two-tone colour scheme is interrupted by a white midsole and then finished off with a green outsole.

As follows the Nike KD 15 'Aunt Pearl', Nike is helping Kevin Durant to honour his late aunt Pearl. His aunt sadly passed away from lung cancer more than two decades ago. This time, a pink KD 15 has been released.

Besides the pink colour, something else stands out about the pair, the Swoosh has a unique design that resembles stained glass. In addition, the tongue has been given a floral pattern. Finally, Aunt Pearl's name can be read on top of the heel of the right foot.

One we haven't seen in the list before is the UGG Tazz Slipper 'Chestnut'. We all know UGGS for its comfortable boots and this one also lives up to this attribute once again.

The slipper has a platform sole which provides extra cushioning and style. The design is made of suede with the signature UGGplush wool blend lining, for a slipper feel.

SHOP THE TAZZ SLIPPER HERE FROM €199!

Next is Nike Dunk Low SP 'Syracuse', which features basketball team colours just like the 'Miami Hurricanes'. The colorway was first released in 2020 and received a restock in 2022. The colorway was previously seen on a Dunk High that was part of the 1985 'Be True To Your School' pack.

An orange colour has been applied to a white base on this pair. This creates a contrasting effect that immediately grabs your attention. Syracuse's white and orange is one of the most iconic University colour combinations. The design is finished off with a white midsole and orange outsole.

Like the 'Syracuse', the Nike Dunk Low SP 'Kentucky' received a restock in 2022. In 2020, this colorway was one of the most popular, before the appearance of the 'Panda'. The base of the upper once again comes in a white colour. On the base, overlays are placed in a dark blue colour. This colour can also be seen on the Nike branding on the tongue and insoles. The combination of the colours white and blue creates a high contrast on the pair.

Last in the list of the Most Popular Sneakers at StockX, we have the Nike Dunk Low QS LeBron James 'Fruity Pebbles'. It's no surprise by now that LeBron James is a fan of Fruity Pebbles. By now, several silhouettes have already received breakfast cereal-inspired designs. Now including the Dunk Low!

The different colours of breakfast cereals are combined on the upper. The mudguard, eyestay and heel come in red leather. In addition, light blue leather is placed on the Swoosh and heel tab. The heel tab also features an eye-catching detail, namely the LeBron James crown logo. As a final detail, the laces have been given a coloured speckled design. Which again is a nod to Fruity Pebbles.

These were the Most Popular Sneakers at StockX of week 45. Be sure to check out the rest of the offerings on the StockX website via the button below!

If you always want to be up to date with all the news around sneakers and streetwear, download the Sneakerjagers app! Here you can read the latest sneaker news, view our release calendar, enter giveaways and find sneaker release information. All in one app!