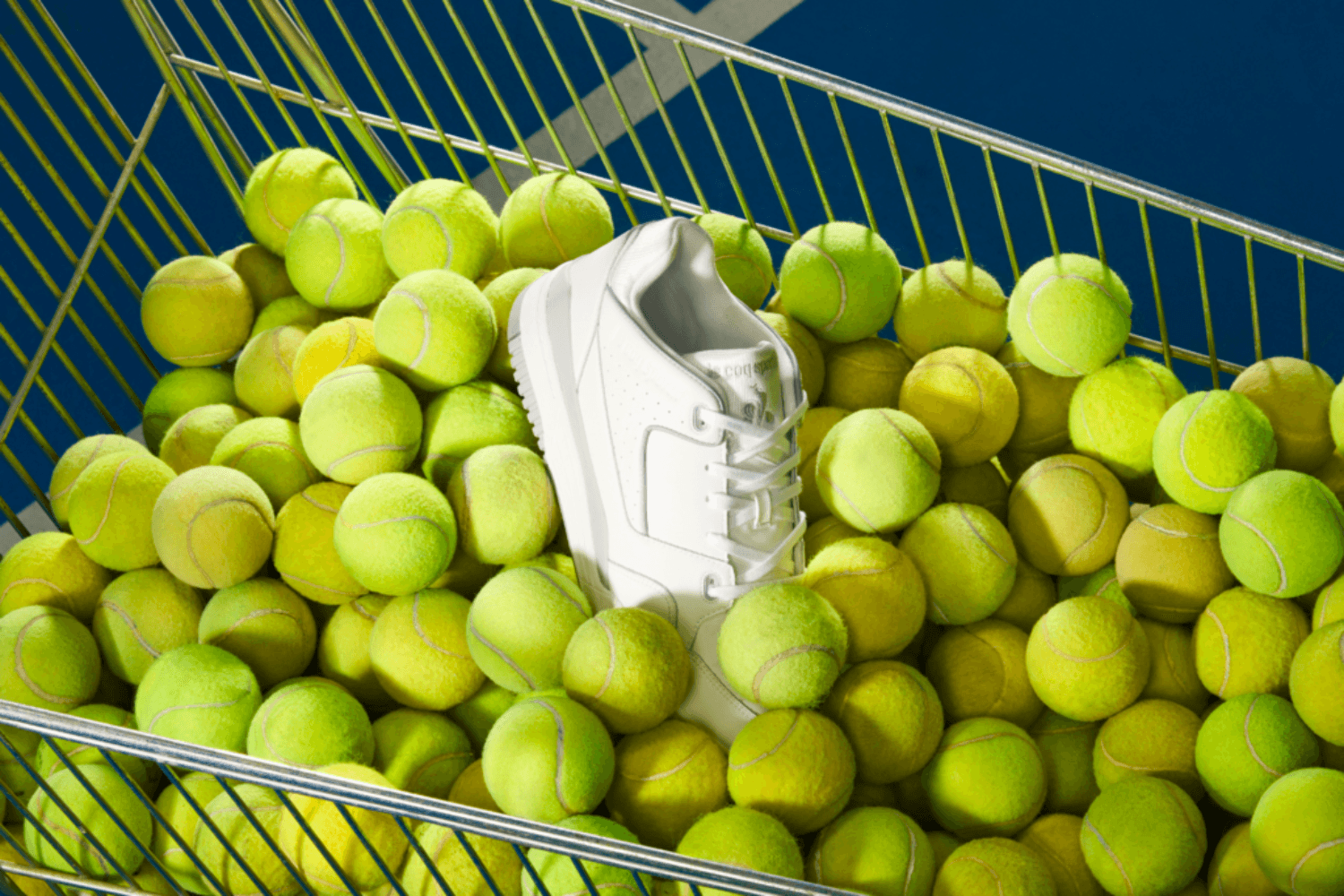 Le Coq Sportif is a French sports brand founded over a hundred years ago. In 1882, Émile Camuset, a French clothing maker, decided to make jerseys for cyclists, footballers and rugby players. These jerseys, unlike the clothing of the time, were designed specifically for various sports. This laid the foundation for the Le Coq Sportif brand.

In the 1930s, the French brand came out with their first catalog. This was full of jerseys for cyclists. Le Coq Sportif focused specifically on sportswear items. From 1912 to 1972 the brand was the official clothing brand for several French sports, including tennis.

Now, about 140 years later, Le Coq Sportif is still a well-known brand among athletes. With their classic silhouettes and progressive materials, they combine their years of knowledge in sports with innovation. So too in the Le Coq Sportif T1000 'Nineties', recently dropped at Footdistrict.

The story behind the release

The T1000 'Nineties', as its name suggests, takes its inspiration from the 90s. For this release, Le Coq Sportif went to visit Driss, Flo, Yace and Mounir. They are four pioneers from the French sneaker scene. The brand traveled to the cities of Paris, Lyon and Marseille to talk about the release of the LCS T1000 here.

Driss, Flo, Yace and Mounir all have a special bond with the T1000 model. For them, the sneaker is more than just a shoe; it is a means of identity that connects enthousiasts in the sneaker culture.

Their vision mirrors the journey of Arthur Ashe, the first black man to win a Grand Slam title. He too was part of the Le Coq Sportif family and shone light on diversity within tennis. The LCS T1000 embraces the history of French tennis and is a bridge to the next generation.

The Le Coq Sportif T1000 'Nineties' has a retro look. The sneaker colours white and has grey details. The upper is made of leather and has perforation holes on the nose. The tongue is made of elastic textile and has the LCS logo stitched in grey. Also on the heel is the Le Coq Sportif logo.

The midsole colours white and has been given light grey elements. The mudguard on the mid-panel also colours grey. At the toe, a triangle is placed on the midsole. An emblem is attached to the lace-up, which reads 'Cuir Véritable', meaning 'real leather'.

Like the upper, the overlays turn white and have been given a grey outline. The gray details at the lacing eyelets give the sneaker a subtle twist. The collar is textile, making it a comfortable pair.