KITH celebrates its 10th Anniversary in 2021 with a Converse collab. Together the brands released two Chuck 70 pairs.

In the new collab, KITH gives a new look to the Chuck 70. The model is released in a black and white colorway. On both pairs, the KITH logo can be seen on the model in different ways.

On the white variant, the KITH brand is printed in different fonts. The colours black, blue and red can be found here. The 'KXTH' emblem can also be seen on the midsole. The Chuck 70 has a high fit and on the spot where normally the Converse emblem is visible, a KITH emblem can be seen. Below is a reference to the 10th Anniversary.

The black model also features various KITH logos across the upper. On the heel you can see the Converse logo and the off-white sole colours well with the white prints on the model. Both pairs come with a custom box and a dustbag.

The black colorway of the KITH x Converse Chuck 70 10th Anniversary was released at KITH on November 1, 2021. The white pair, on the other hand, was given away to customers in store and online. 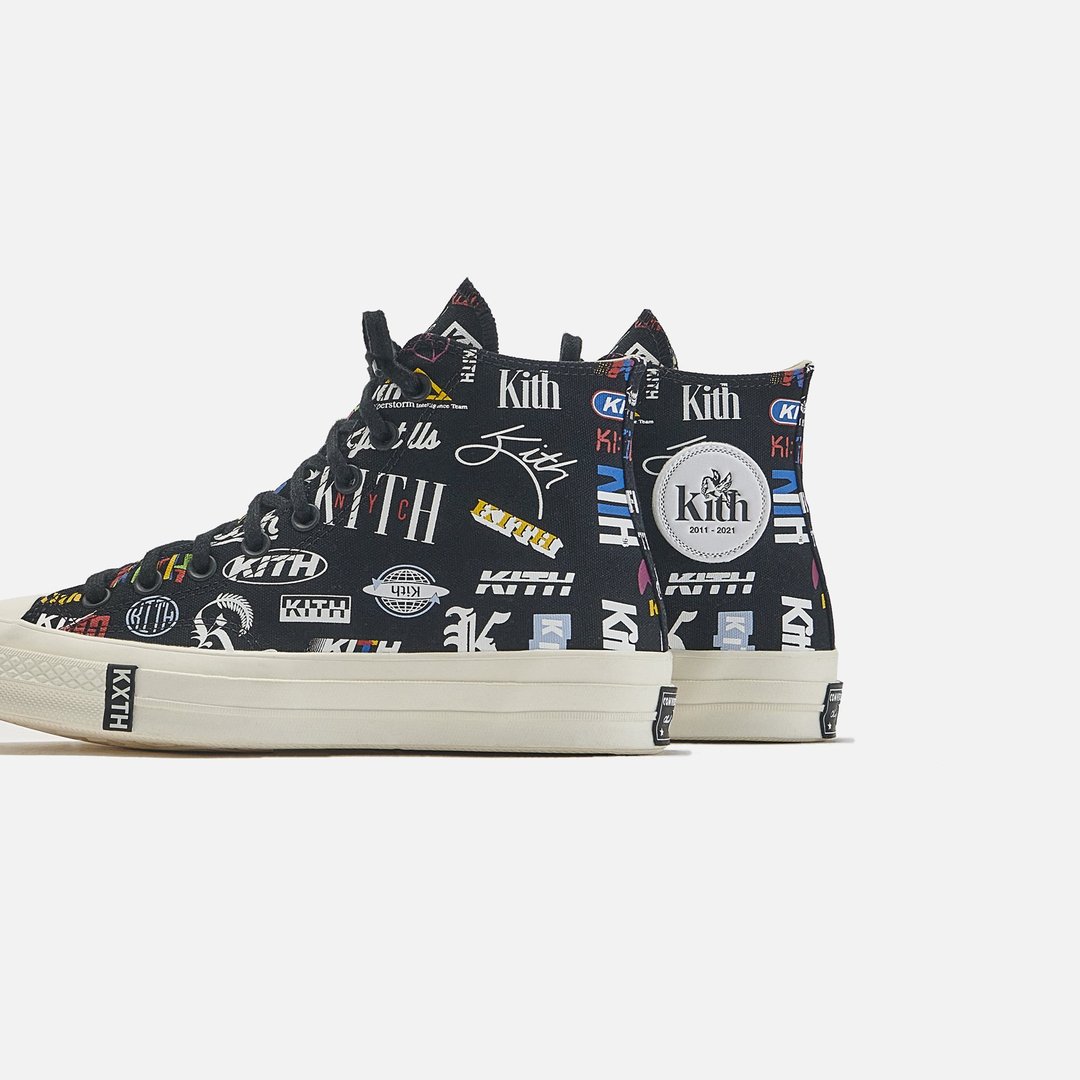 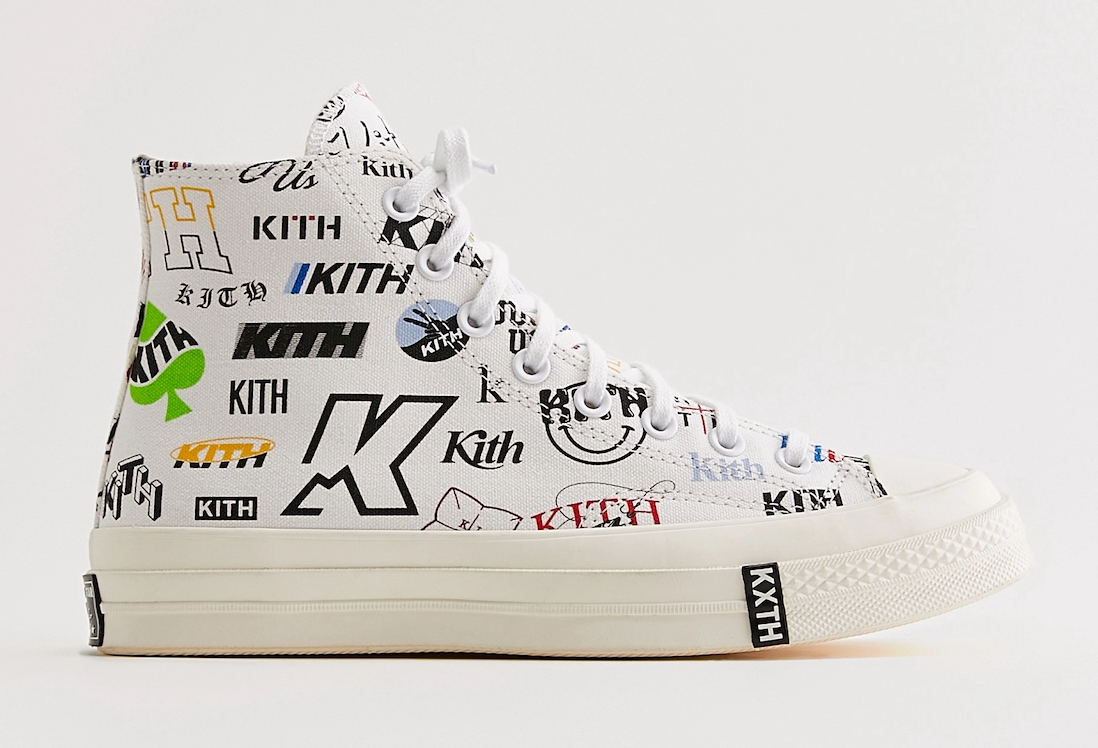 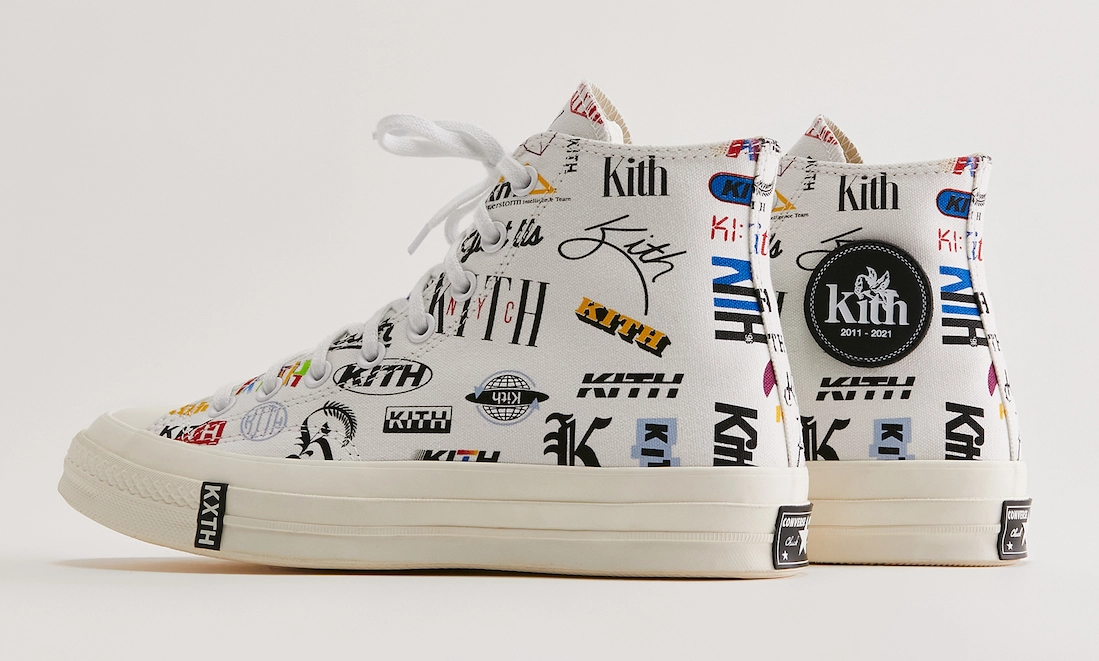 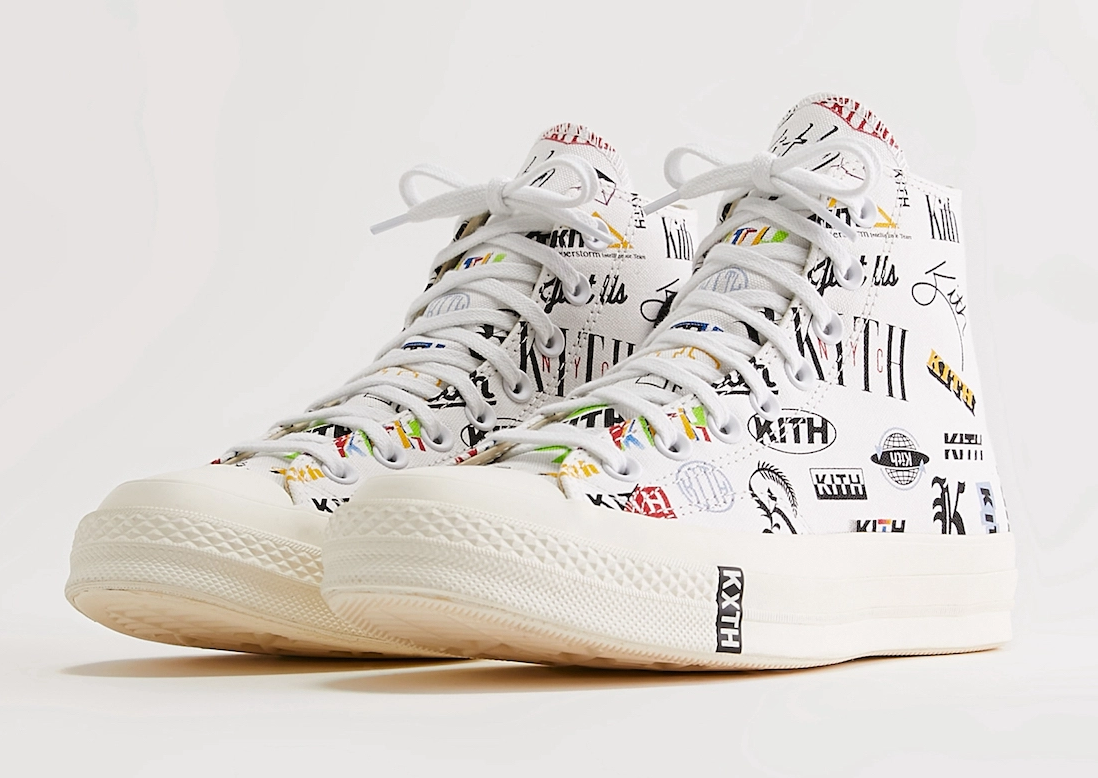 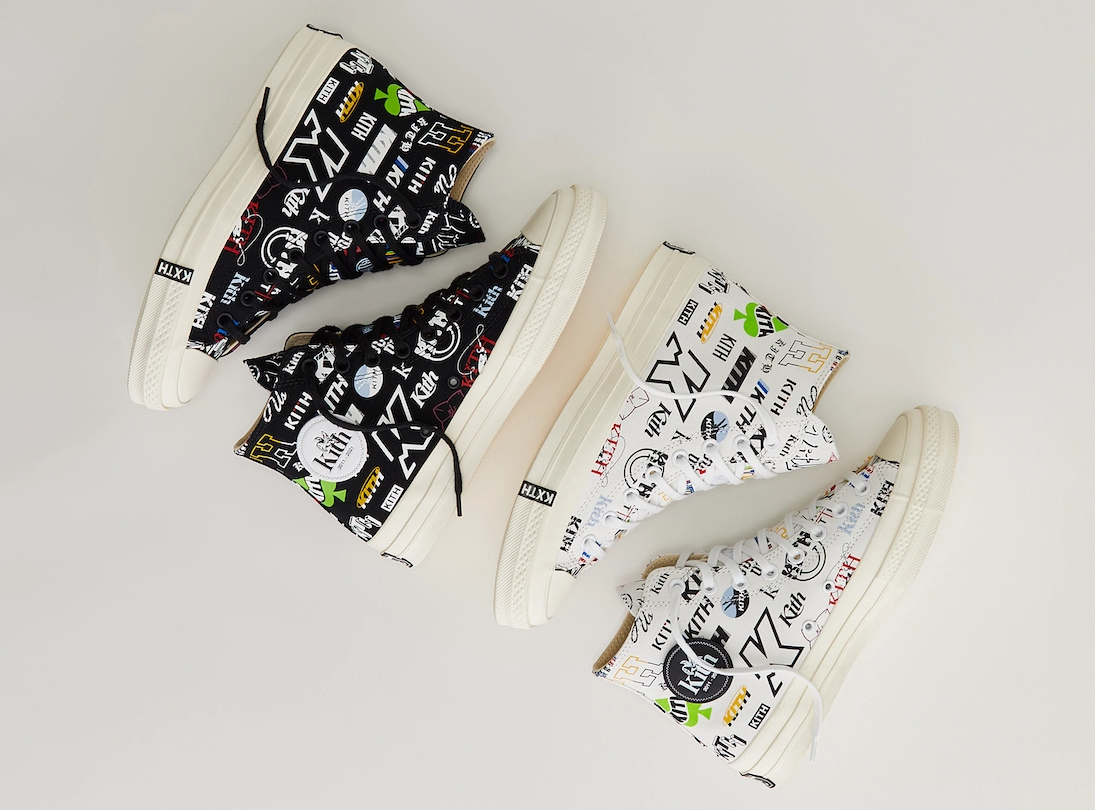 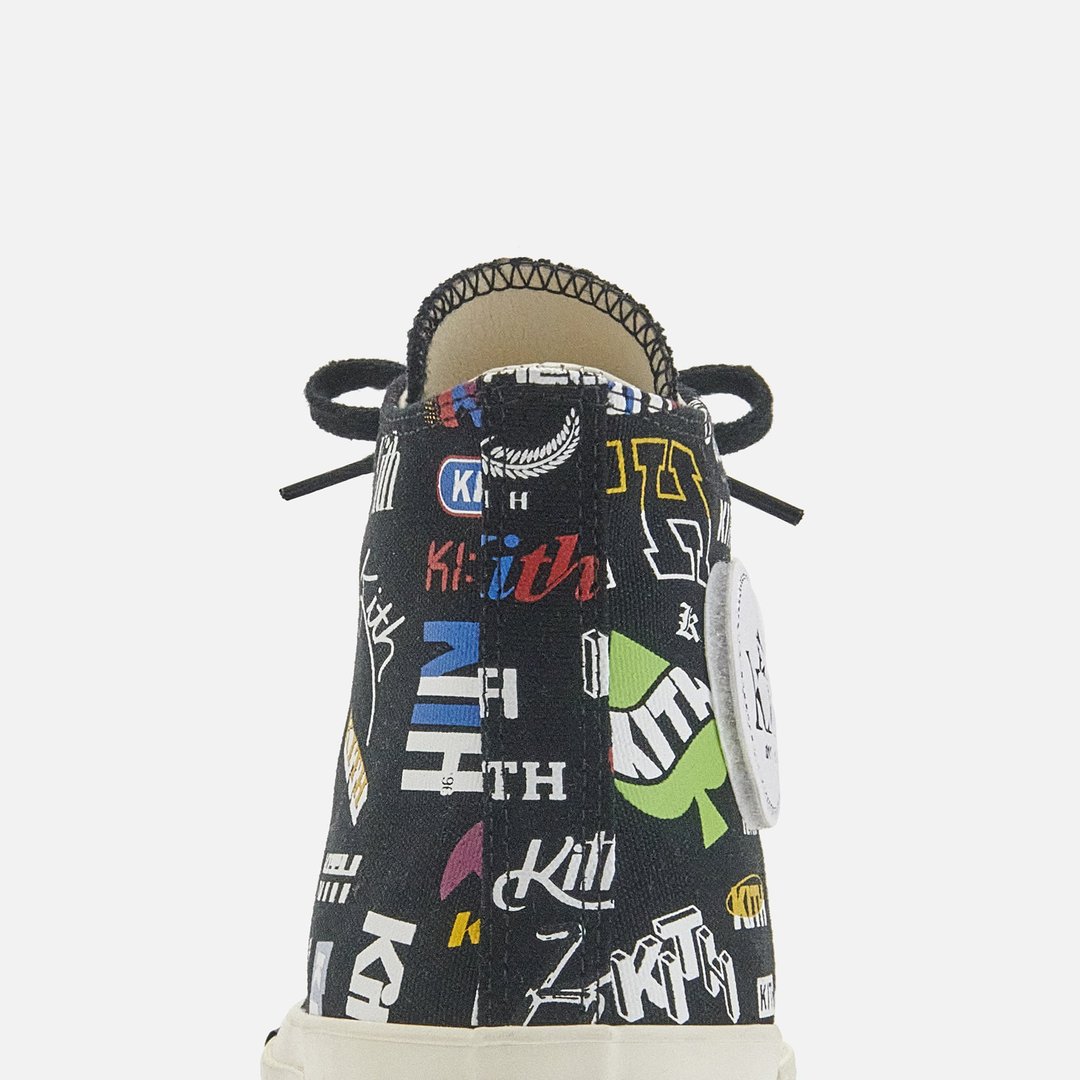 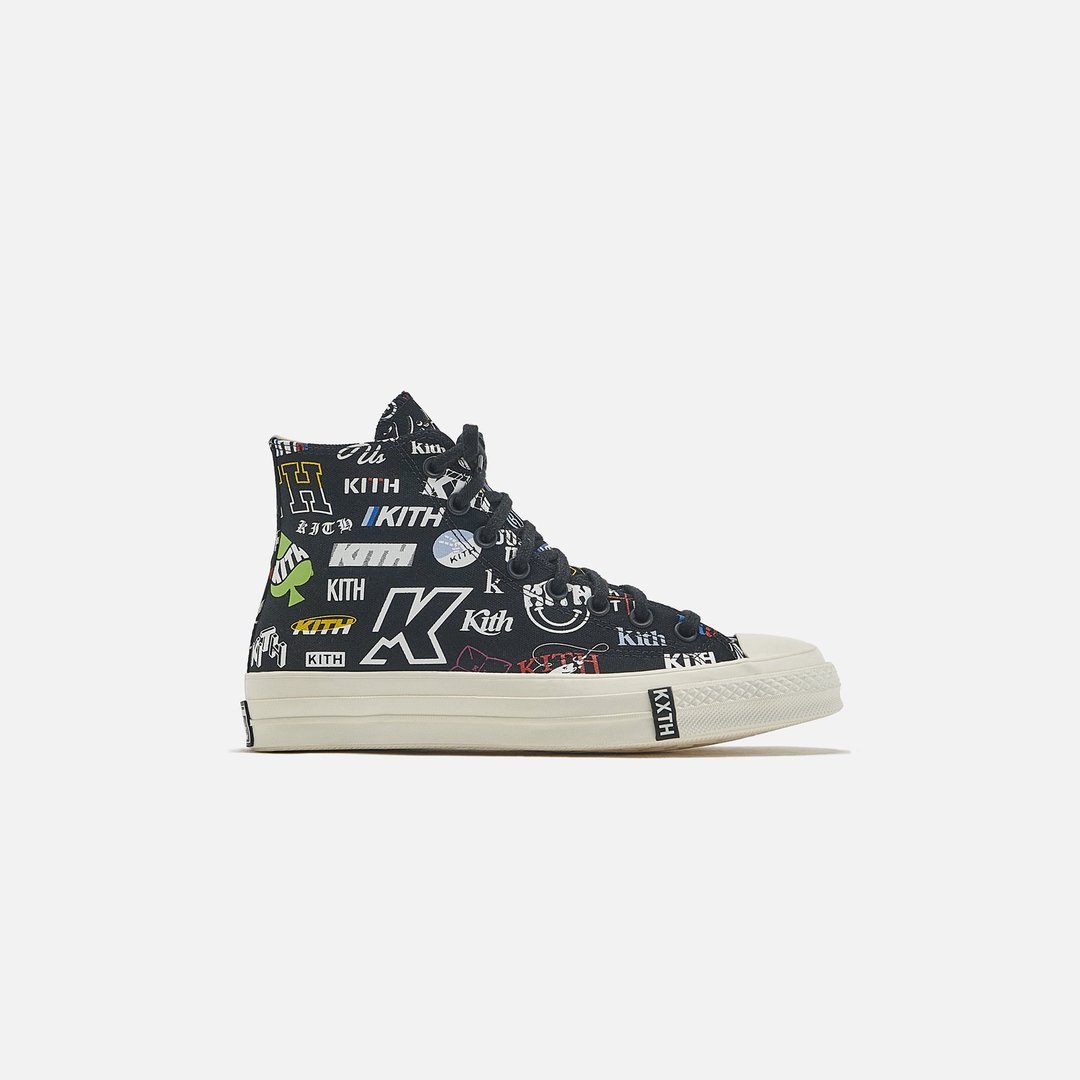 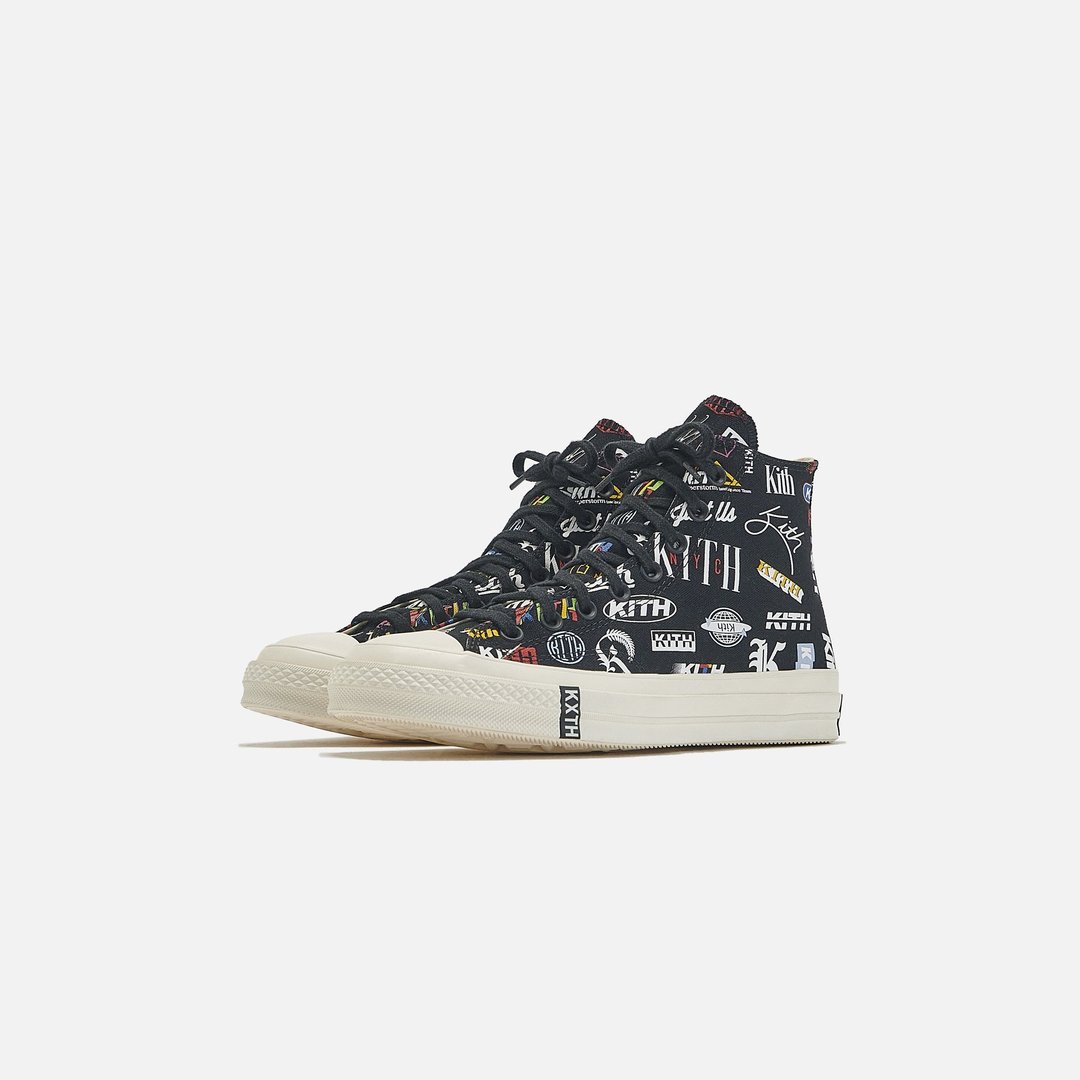 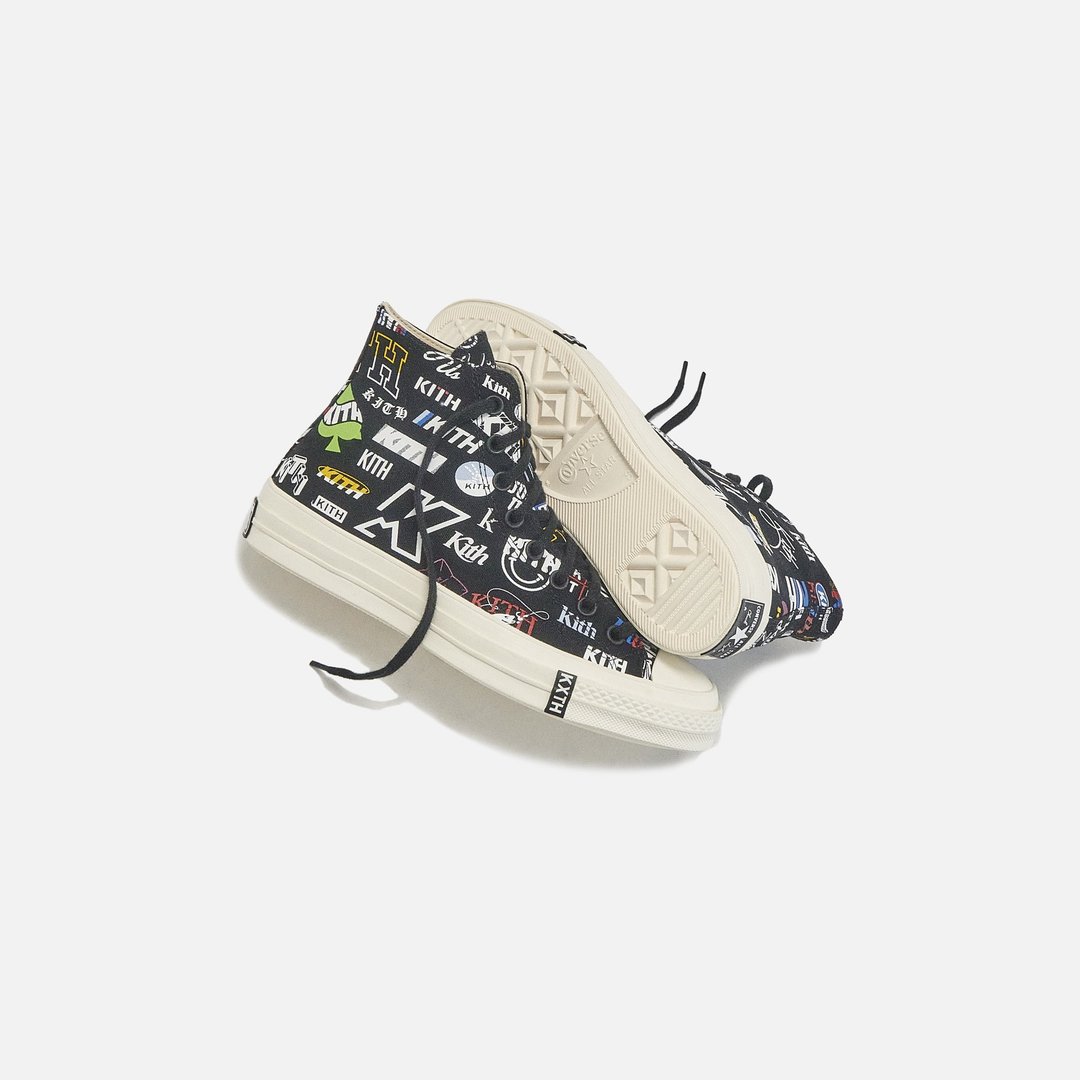 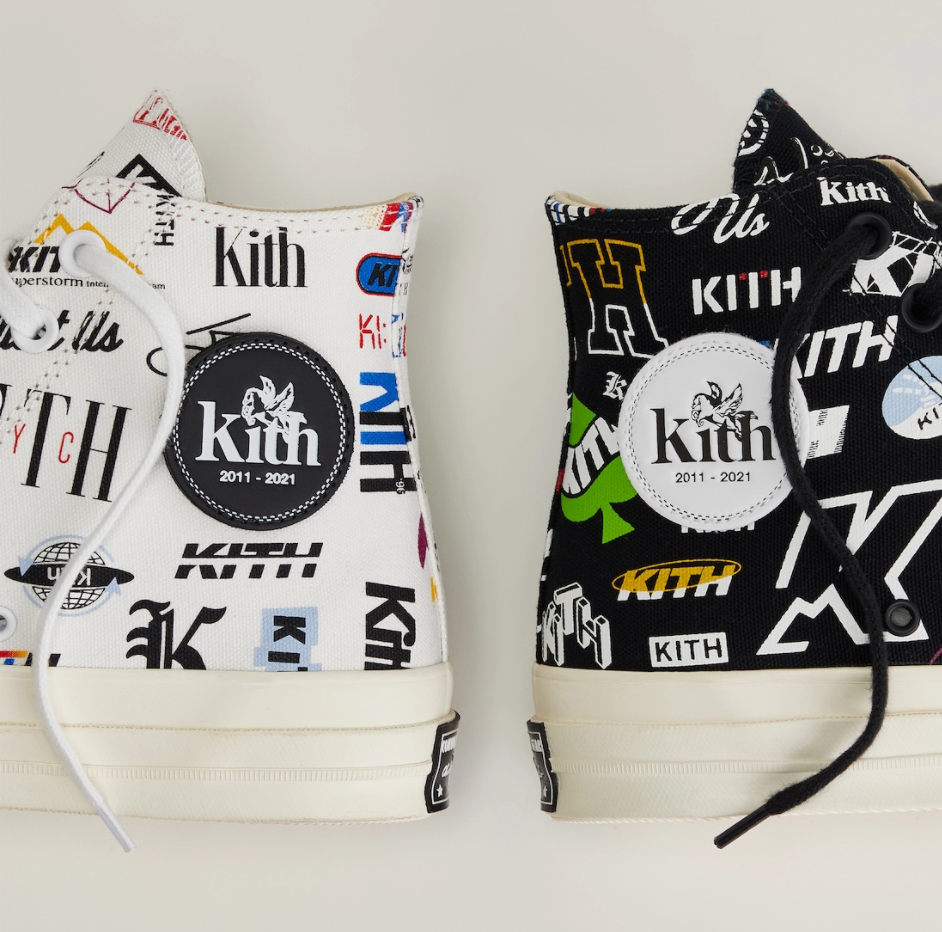