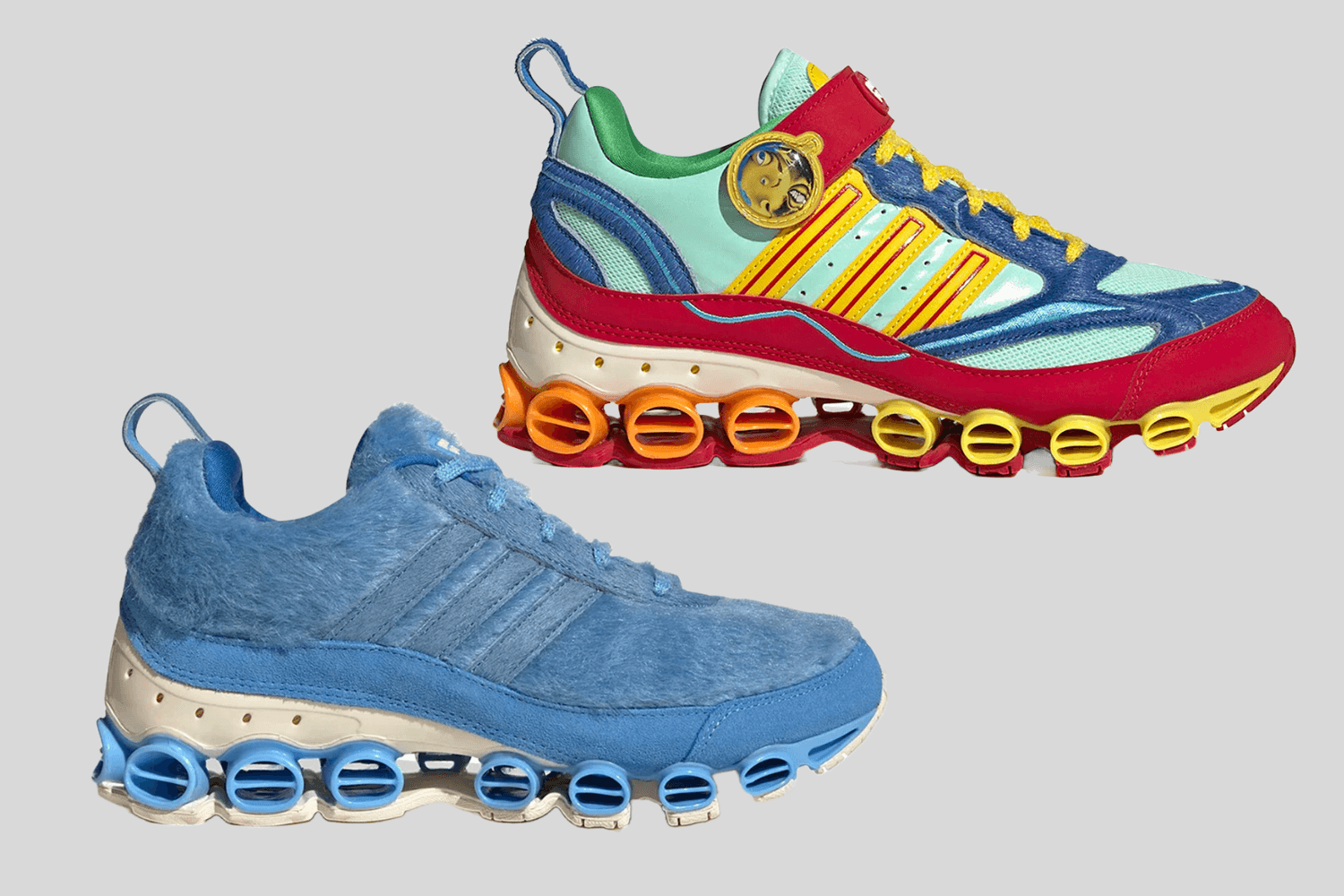 Kerwin Frost teams up with adidas once again will drop two colorways of the Microbounce T1. Both colorways feature a unique design that is characteristic of Frost's style. Let's check that out:

Comedian, DJ and host Kerwin Frost is known for his unique designs. In the past, Frost has collaborated with adidas and released the Superstar 'Superstuffed' among others. This pair retained its classic design but made it look like the shoe was five sizes too big. Frost also came out with a Forum Low and a Forum High, both of which were given a unique design.

Now adidas and Frost are coming out with two colorways on the Microbounce T1. The first colorway shares the same colours as the Forum Low 'Benchmate', which was released in late 2021. The upper of the Microbounce T1 colours light blue and the overlays turn yellow, dark blue and red. The dark blue overlays have been given a hairy feel.

The mudguard and strap on the ankle both turn red. 'Kerwin Frost' is put on the strap, hinting at the collab. A graphic of a unique creature can also be seen on the strap. The striking midsole combines the colors yellow and orange. The center panel features the three adidas stripes.

Kerwin's second colorway of the adidas Microbounce T1 is somewhat reminiscent of Coockie Monster from Sesame Street. For example, the entire upper has been given a blue, hairy look. The midsole turns off-white and the three adidas stripes appear on the center panel. The outsole matches the upper.

The Kerwin Frost x adidas Microbounce T1 pairs are expected to drop July 13, 2022. Via the buttons you can check out all Release information in our release calendar. There are already some raffles open. 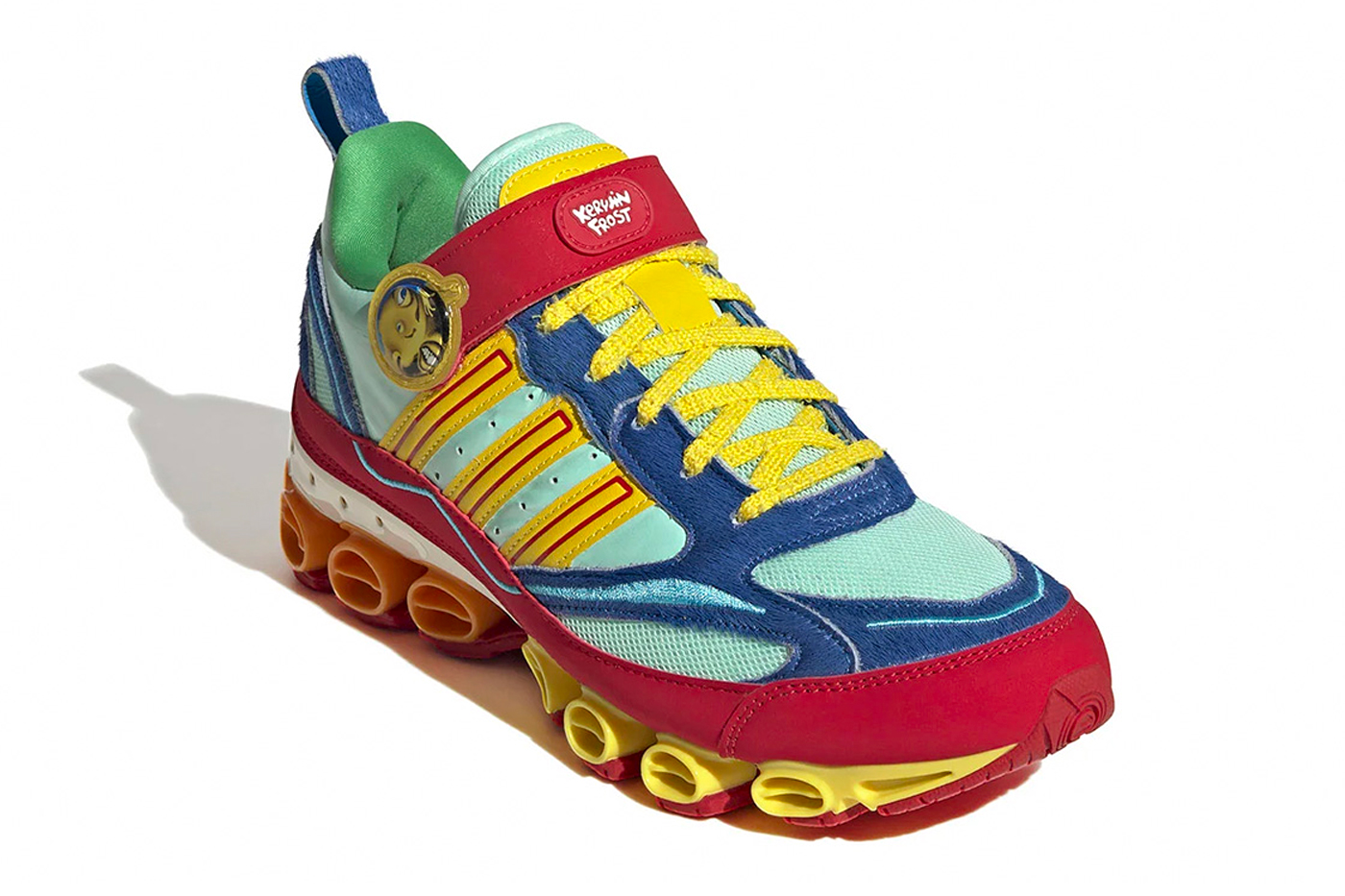 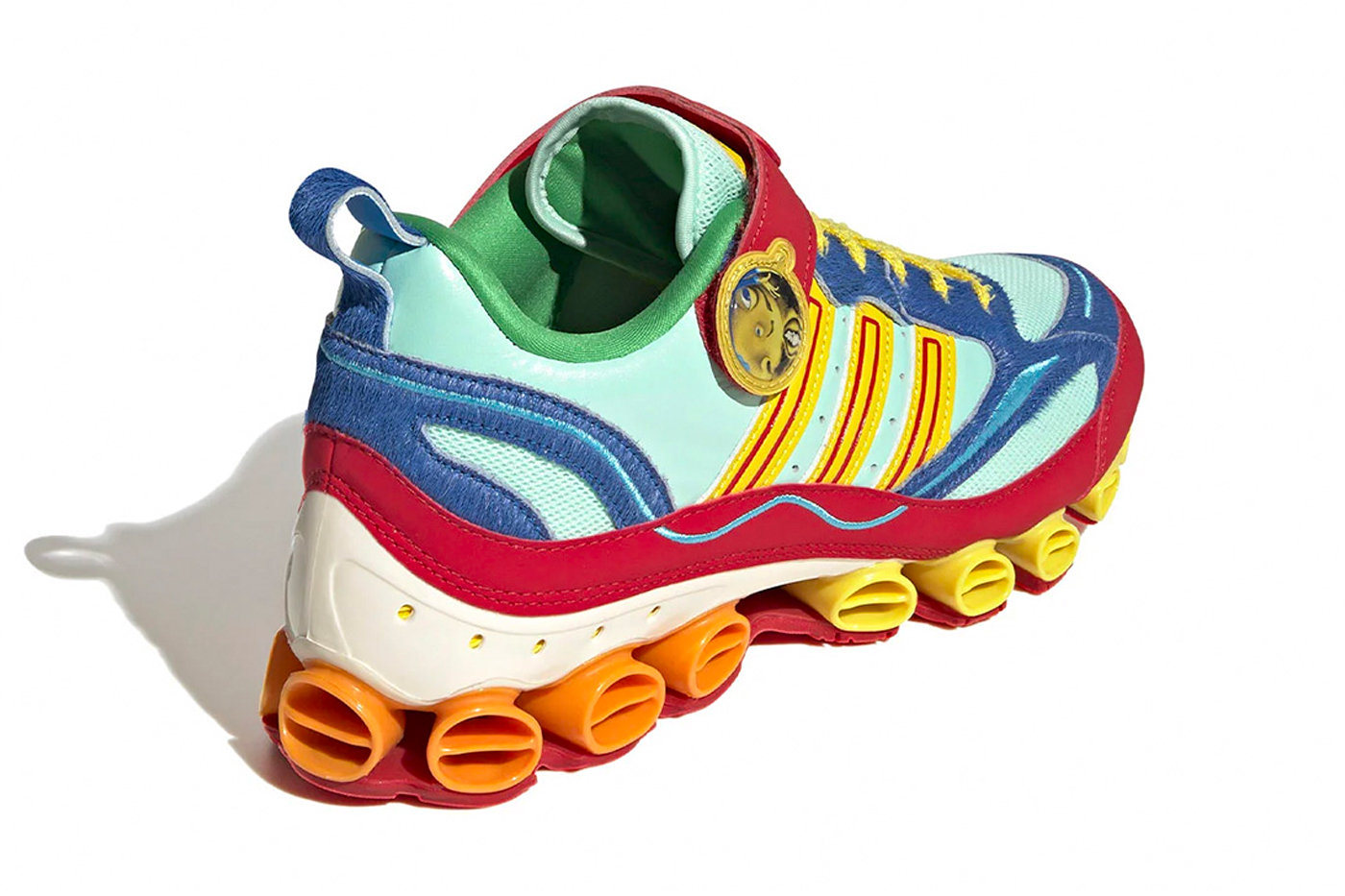 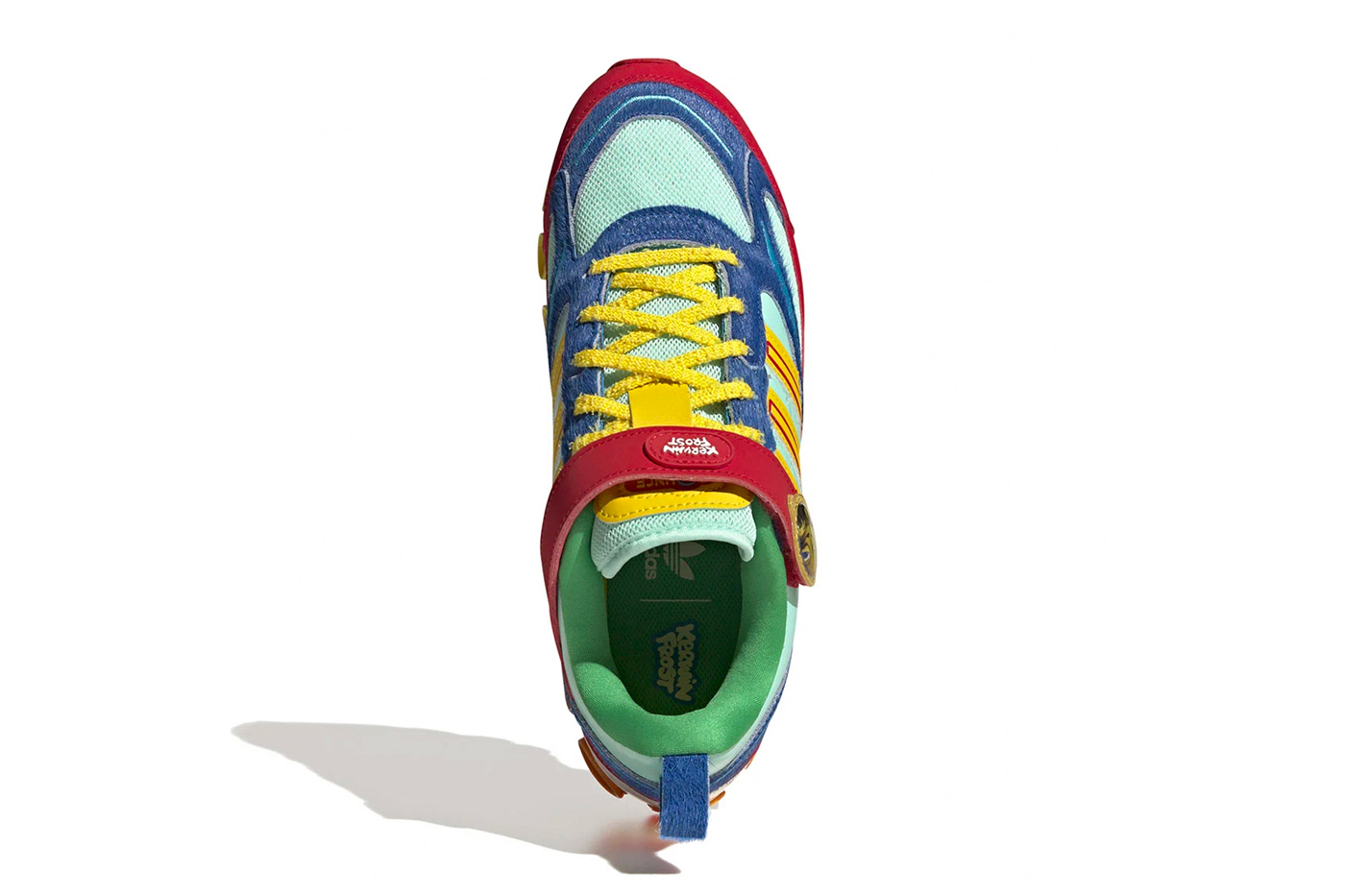 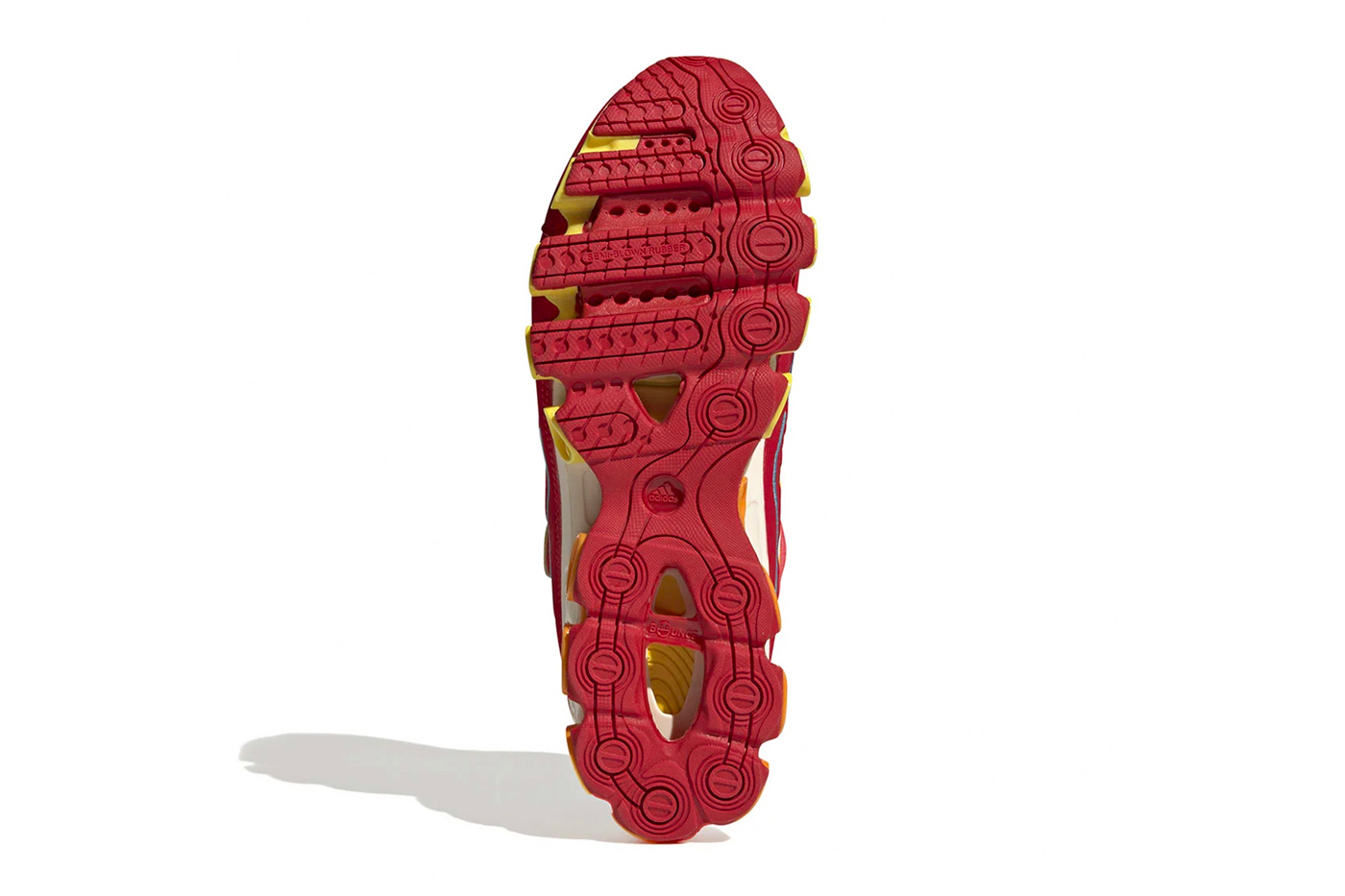 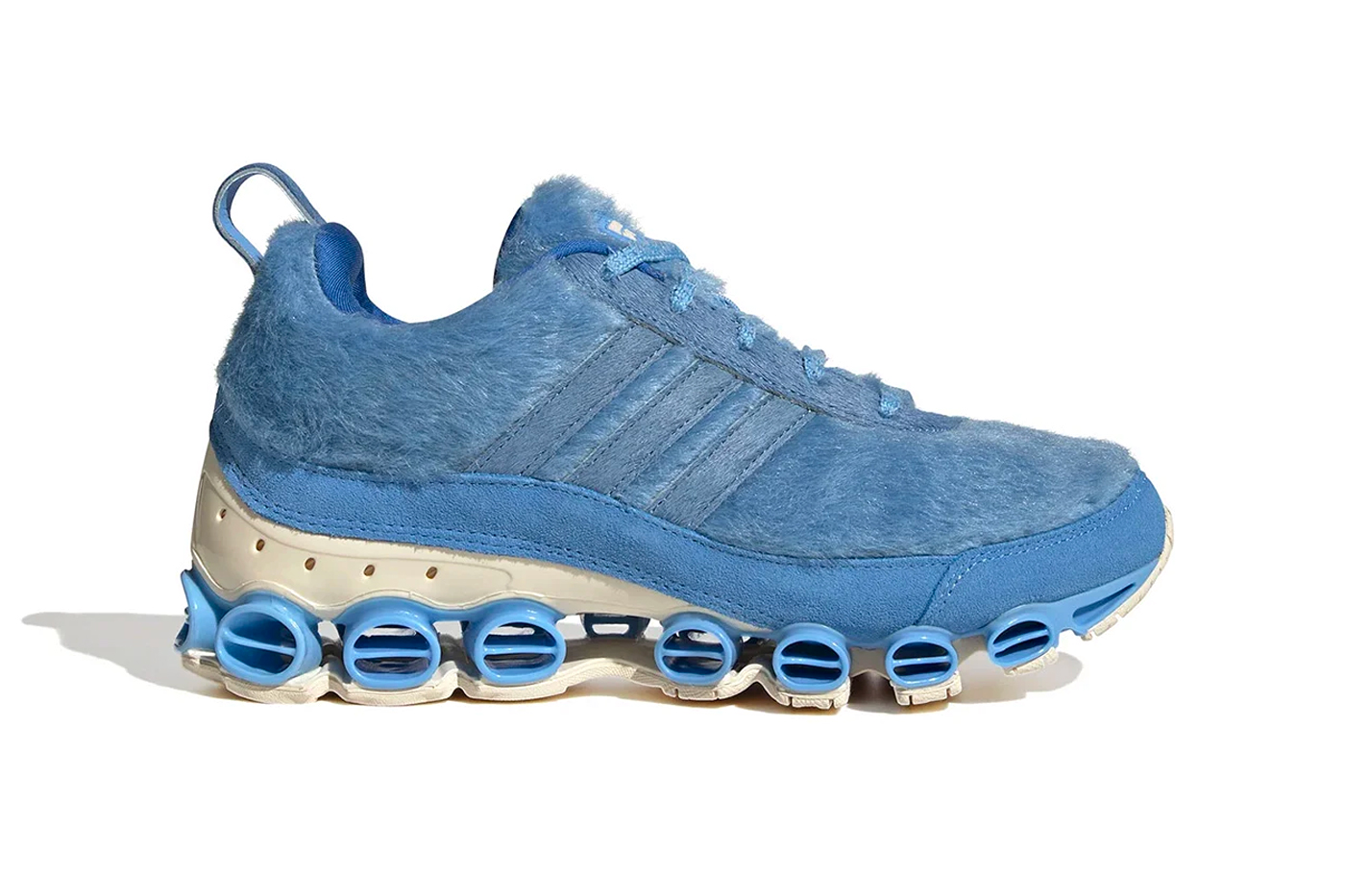 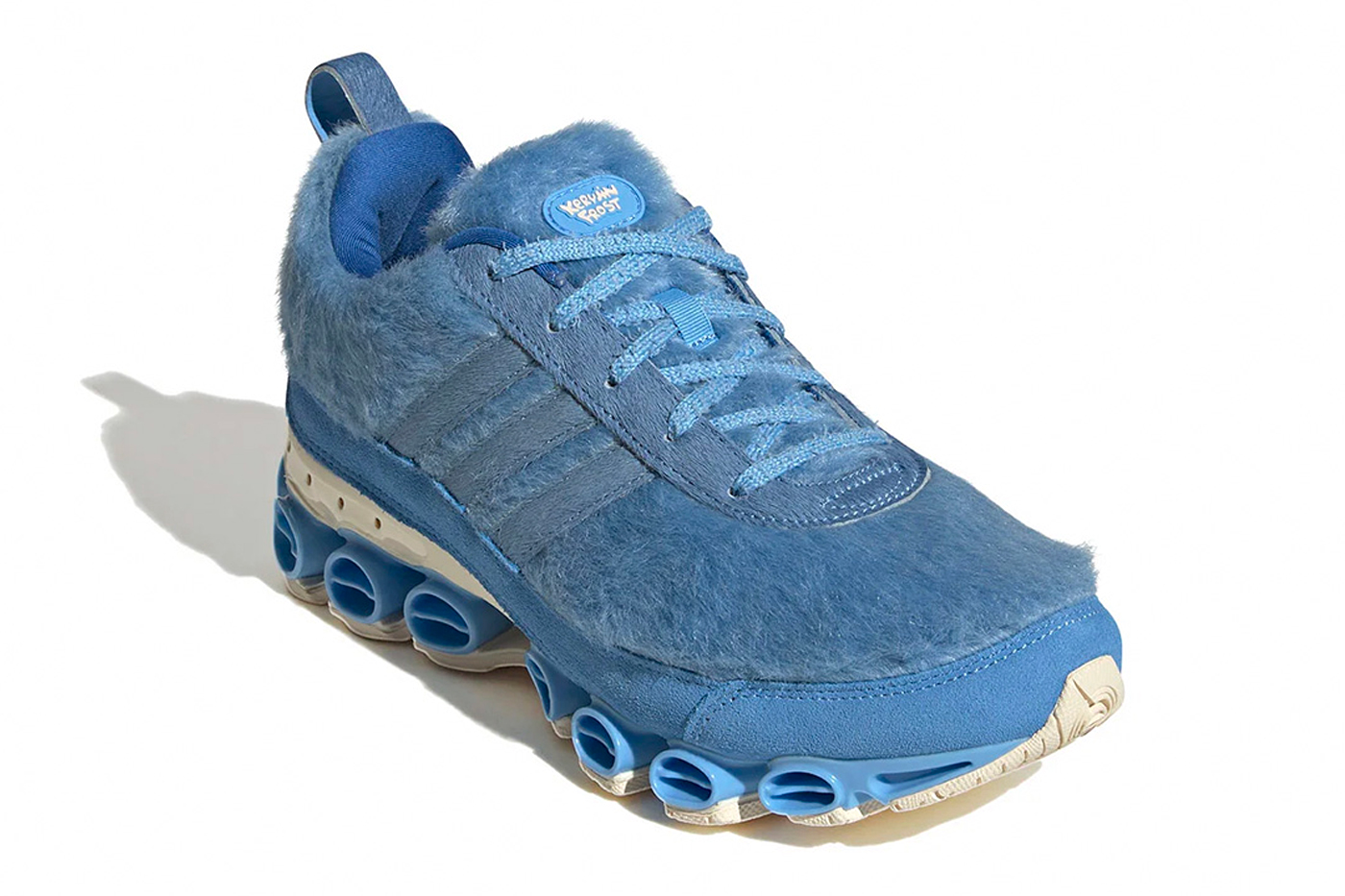 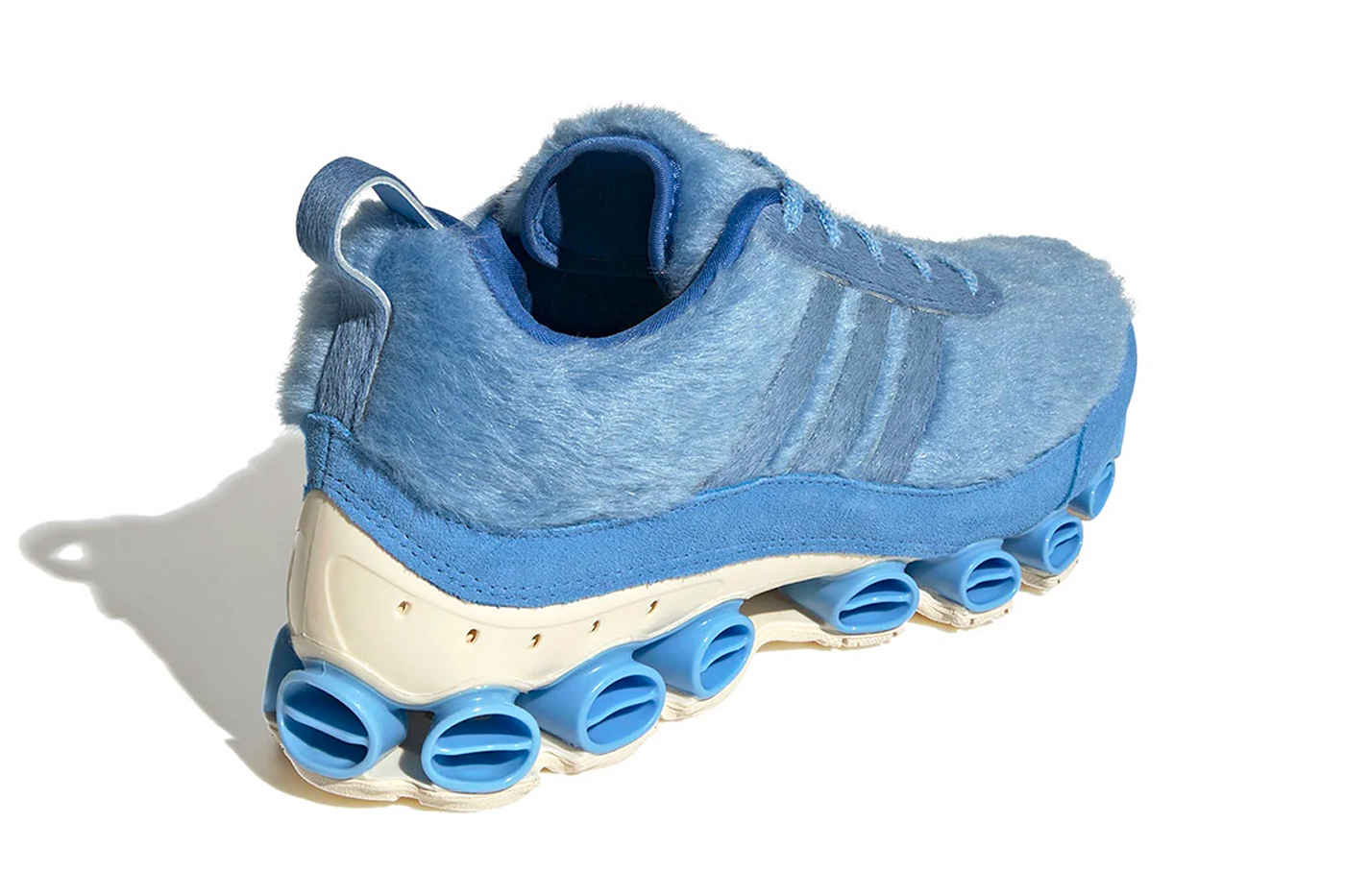 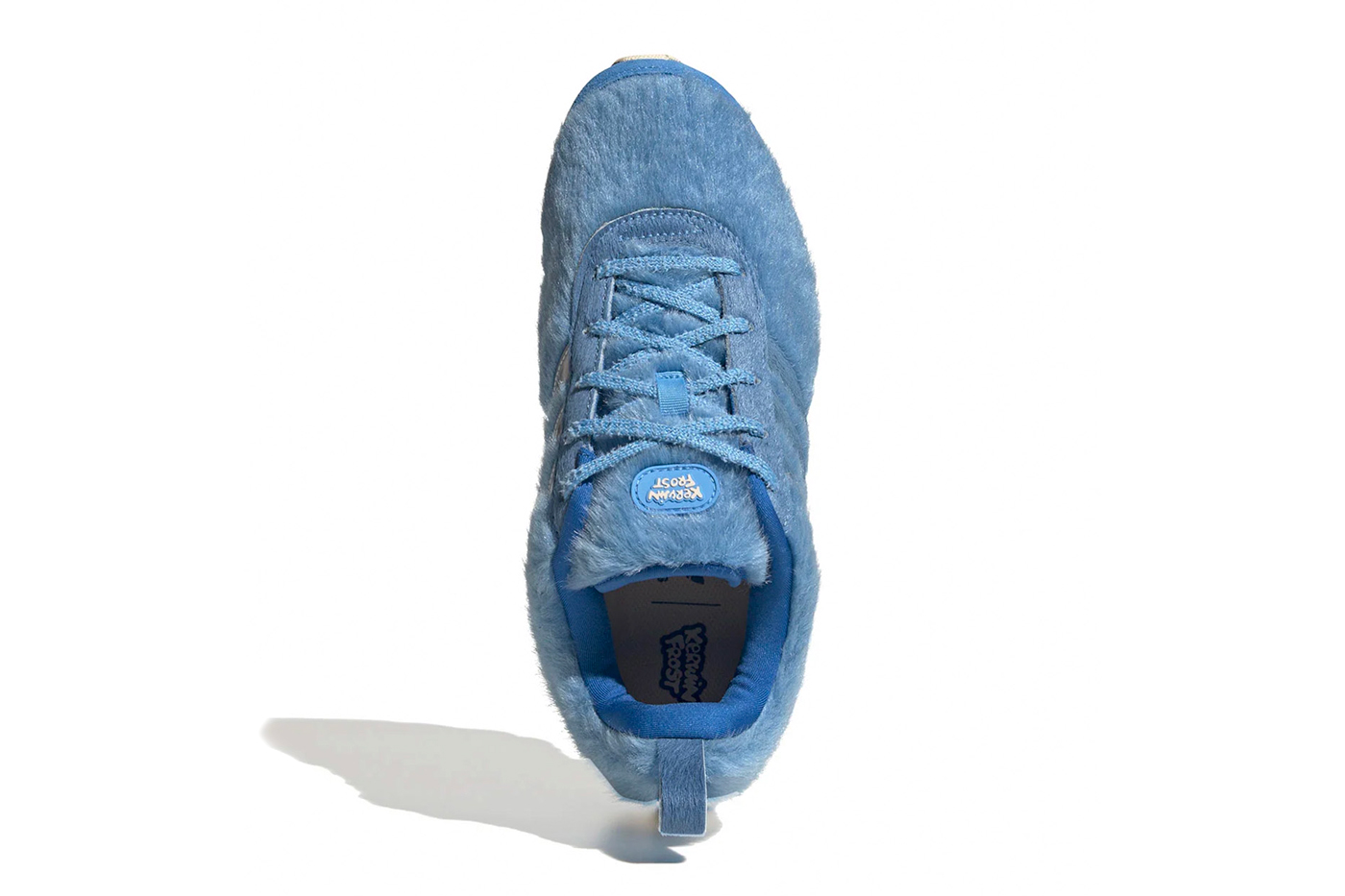 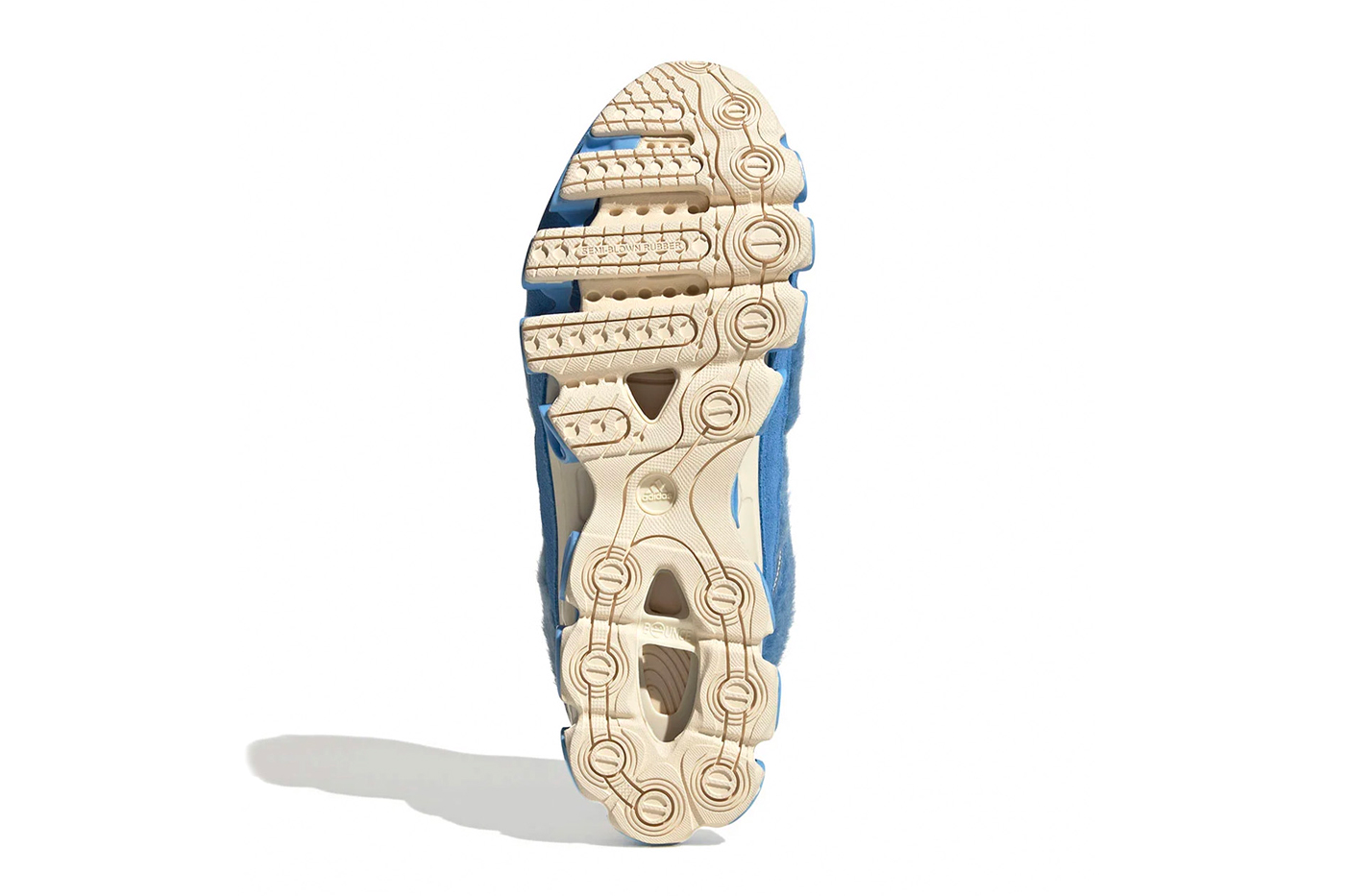