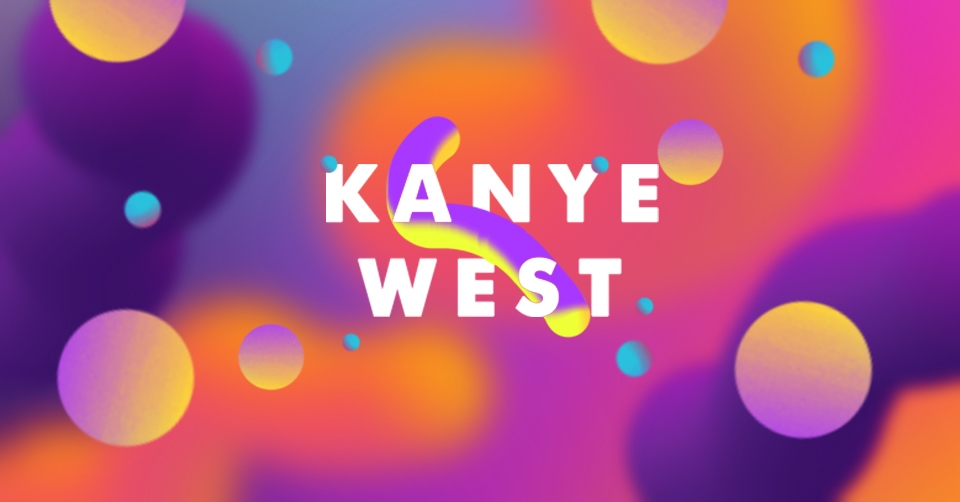 Kanye West, Yeezy - three words that always belong together! Okay, it's only two words, but you get the idea. The person responsible for the 'Yeezy' hype - where dozens of people camp outside the sneaker shops for their shoes or spend up to a thousand euros on a yeezy in a reseller's shop - is none other than Mr. Kanye West!

Disclaimer: This is not a standard Kanye West biography that has been copied and pasted, but a researched 'Life of Kanye' #TheCrew Background Check!

To get you in the mood, dear community, listen to the album 'The Life of Pablo' by Kanye West! Btw what is your favourite Kanye album or single so far? I like the single 'Heartless' and JAY-Z's track 'Ni**as in Paris' feat. Kanye! Just write us your favourite tracks or send us a screenshot on our Instagram or Facebook account! His album 'The Life Of Pablo' we have linked below for you!

Before 'Kanye West' became a world famous name, Mr. West had to overcome many hurdles. Did you know that Kanye's full name is Kanye Omari West? I did not know that until now. Kanye was born in Atlanta, Georgia and it was clear from the moment he was born, that he would become a rapper. The first bars and beats came out of his mouth and his parents knew that one day he would be one of the most successful musicians in the world! What his parents did not know was that their son, Kanye West, would one day turn the sneaker industry upside down with the keyword Yeezy!

All jokes aside, dear community! To be honest, they must have had other difficulties when Kanye was born. These are not 'financial' or 'marital' problems, but his parents separated after a while. Kanye then grew up with his mother in Chicago. However, the 'West' family was not in financial trouble! Then he started high school and his music career! Kanye was mainly influenced by 'Run-D.M.C.' and 'Public Enemy', later also by 'The Pharcyde' and the 'Wu-Tang Clan'.

Before you fall asleep completely…

Kanye's tweets have always been controversial, funny or just weird. I've picked out a few 'classics' for you, so you won't get too bored! Enjoy!

By the way: You can find more tweets on Google! Many of his OG tweets have been deleted, but there are many screenshots! God bless this feature!

If you think that a 'chronological' as well as 'temporal' listing of his albums is coming, then you have thought right! But I will keep it short and only mention the essential things.

His first album 'The College Dropout' was released in 2004 and, as the title suggests, was about him dropping out of college. Kanye studied at the American Academy of Art and at Chicago State University! Maybe this was his first contact with 'art' and the birth of 'Yeezy'. Imagine if Kanye had finished his art studies, he would be the next Vincent Van Gogh or Banksy! The album celebrated its 15th anniversary last year in 2019 - see the Instagram Post!

Before releasing his first own album, 'The College Dropout', he was already working as a music producer for stars like Ludacris. Yes, that's the guy in the film series of Fast and Furious, and with Alicia Keys. After that, Mr. West simply got into the 'Slow Jams' genre and produced the single 'Slow Jamz' in collaboration with Twista and Jamie Foxx - what an irony! But Kanye also had his fingers in the album 'Damita Jo' by Janet Jackson (yes, exactly, MJ's sister - no not Michael Jordan but Michael Jackson)! Altogether three songs were produced by Kanye for Janet Jackson - 3? Exactly the same number of stripes from the adidas logo… Coincidence?

By the way: The two MJs have already been in a video with the Air Jordan 7! Want to know more? Then click on the following link: 'Bugs Bunny, is that you? The new Colorway for the Air Jordan 7 PE ‘Hare'!

Recap takes a while…

As I said, I'll keep it short. Also in 2004 Mr. Kanye founded his own record label 'GOOD Music' and GOOD is an acronym for 'Getting Out Our Dreams'. Among the label's first releases are the debut album 'Get Lifted' by John Legends and the album 'Be' by Common.

Fact: Under the label 'GOOD Music', artists like Travis Scott and Tyga also rap. Although they are under contract, they produce their tracks at other labels! Treat yourselves to some more 'new school' Hip-Hop! Playlists are down below!

I think you have heard enough of his album releases now! The rest of you who are interested can read about it on Wikipedia! But one more thing should be mentioned: Mr. West worked closely with Jay-Z on several of his albums. 'The Blueprint' is a series of albums worth mentioning - Kanye has his fingers in every pie!

The year 2009 will go down in the history books! Kanye West interrupted a speech of thanks in front of the camera at the MTV Video Music Awards 2009! The category was 'Best Female Video', but what is Kanye doing on stage? Check out the Youtube Video!

As you saw, that was Taylor Swift. Kanye had to say something and just ripped the microphone out of her hand! Because at that time Beyoncé was also nominated for the category 'Best Female Video'. Mr. West spoke his mind and was convinced that Beyoncé should win the award!

Dear community this 'somewhat different' blog entry is coming to an end. Why? There will be a Part 2 on this Kanye West Yeezy Journey! A blog entry alone is not enough for this personality, because we don't provide you with a fifteen-eight contribution but a unique 'Life of Kanye' #TheCrew Background Check! Stay tuned, because next week we'll be covering the words 'Yeezus, Ye, Yeezy' - and don't forget your bible! We'll prepare a nice timeline of all important models and the story behind the Yeezy! Stay tuned. Until then a ciao from me and check out our Sneaker News page! There you'll find best content for the best community!