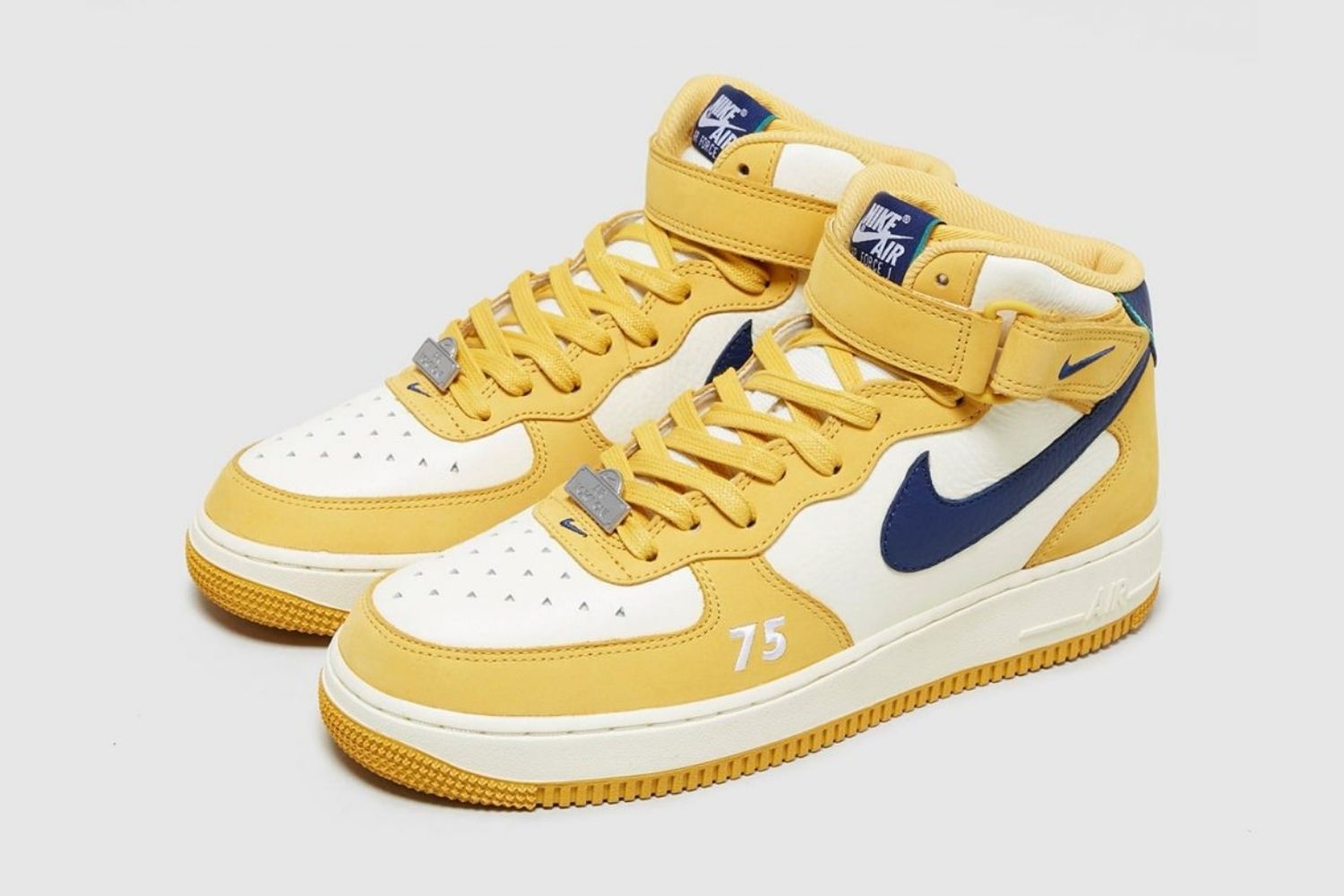 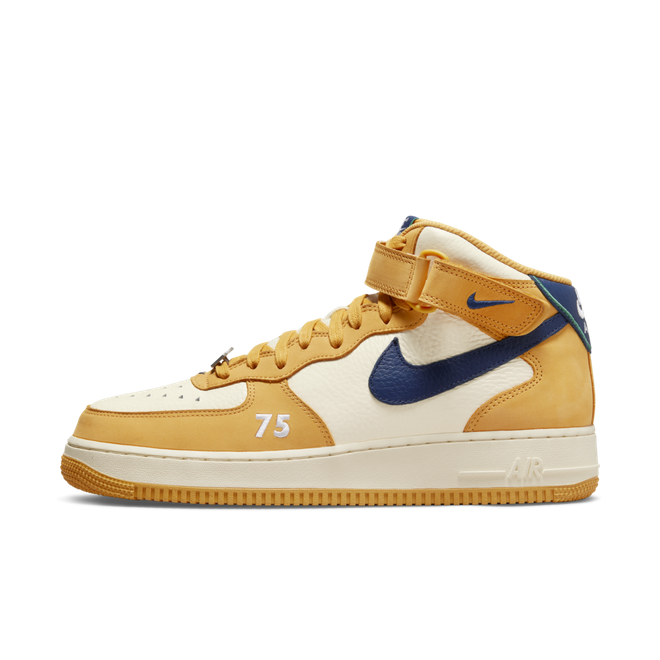 In 2022, the Air Force 1 celebrates its 40th anniversary with the AF1 Mid 'Paris'. The shoe pays tribute to the city of Paris and has a lot of characteristic elements.

The Air Force 1 first appeared in 1982 and was launched as a basketball shoe. For its 40th anniversary, Bruce Kilgore, designer of the iconic model, takes his inspiration from the love city of Paris. The sneaker combines the colours yellow and navy blue. These colours refer to the Metropolitan train signs that can be found in the city gallery.

Furthermore, the upper of the shoe is made entirely of leather. The Swoosh on the middle panel is stitched in navy blue. The heel tab and Nike tag on the tongue share the same colour navy blue and are finished with a green border. Together with the silver lacelock on the laces, these give a nod to the street signs of Paris.

The mudguard has '75' printed in white. This refers to the postal code of Paris. Finally, the perforated holes on the toebox are triangular in shape and refer to the world-famous Louvre Museum.

Unfortunately, it is not yet known when the Air Force 1 Mid 'Paris' will be released. However, the sneaker is expected in 2022. Until then, we can already take a look at the official images of the pair. 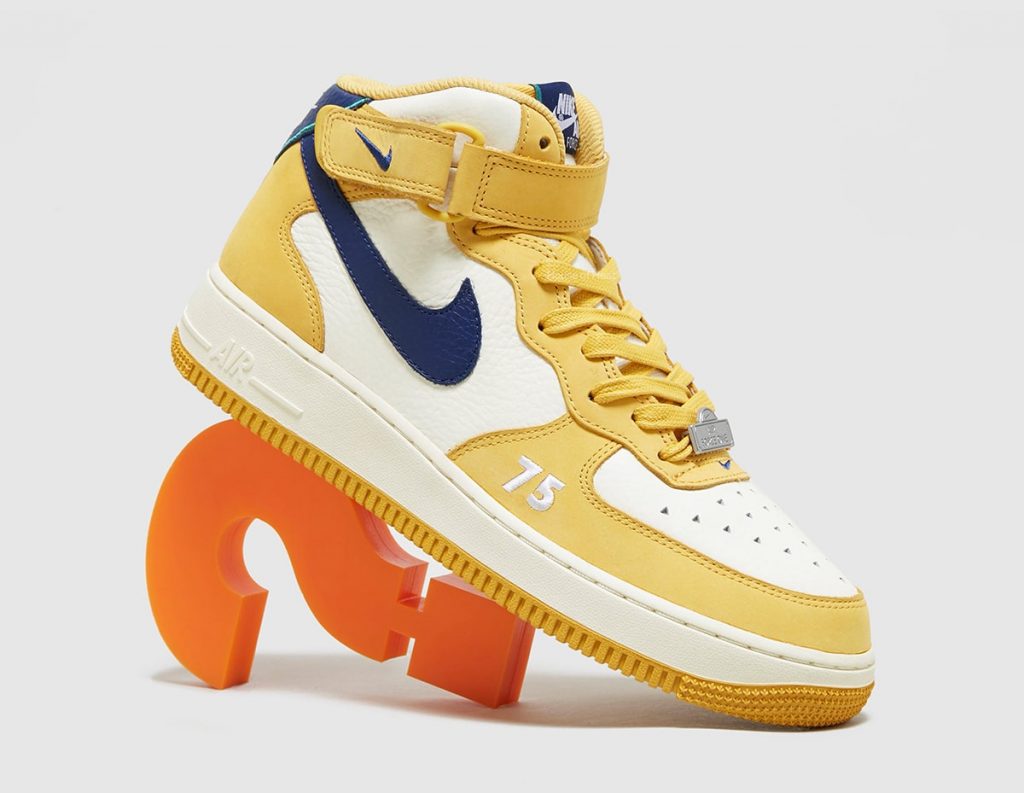 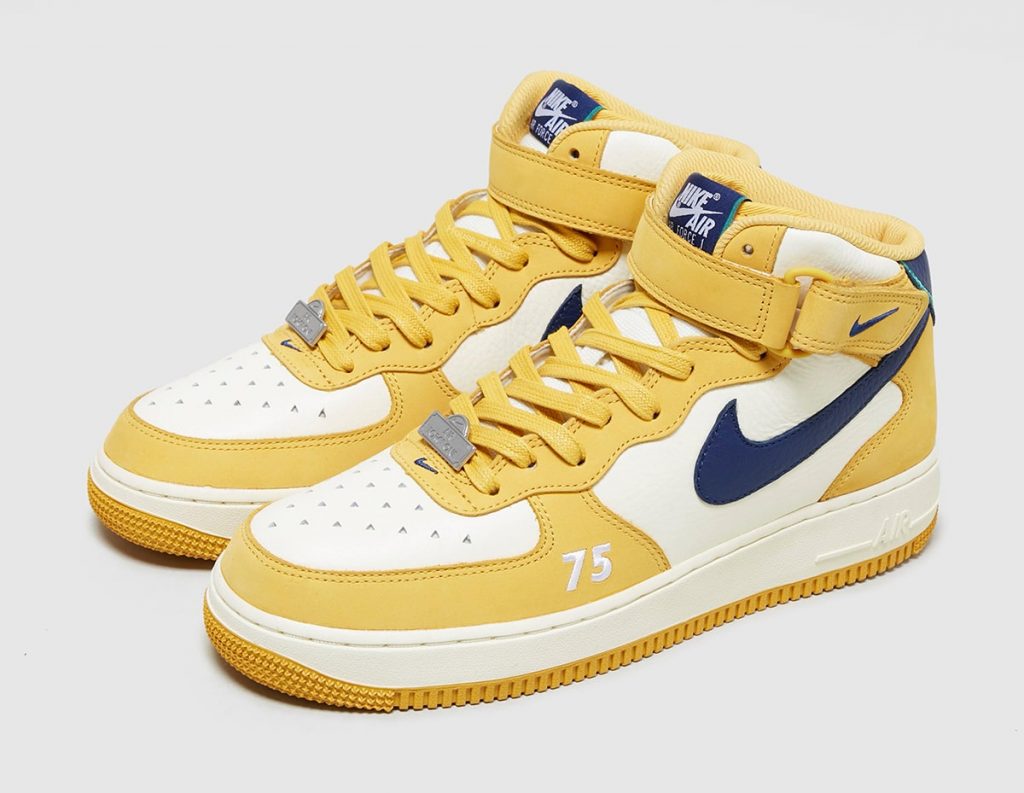 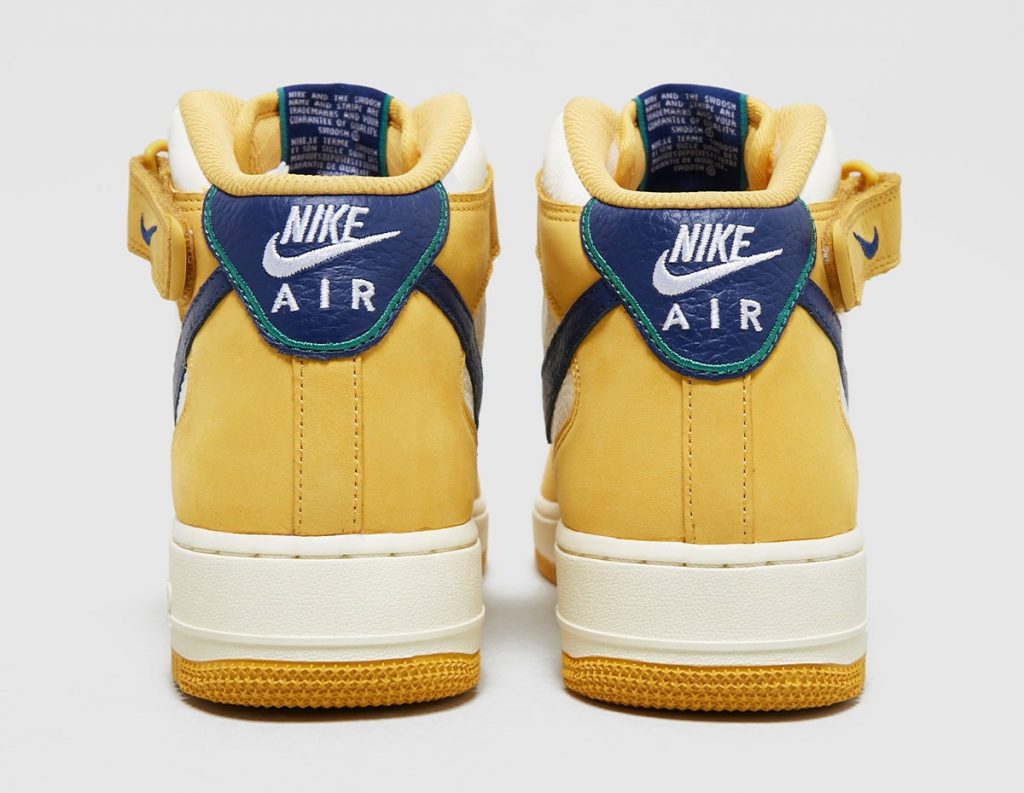 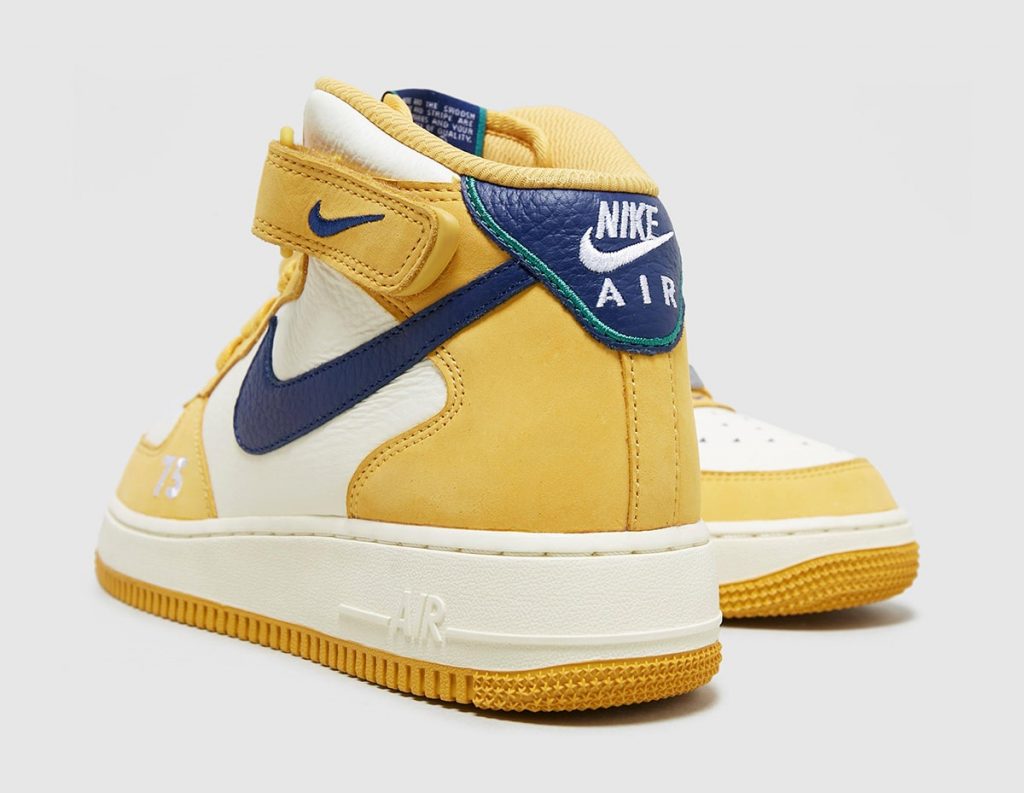 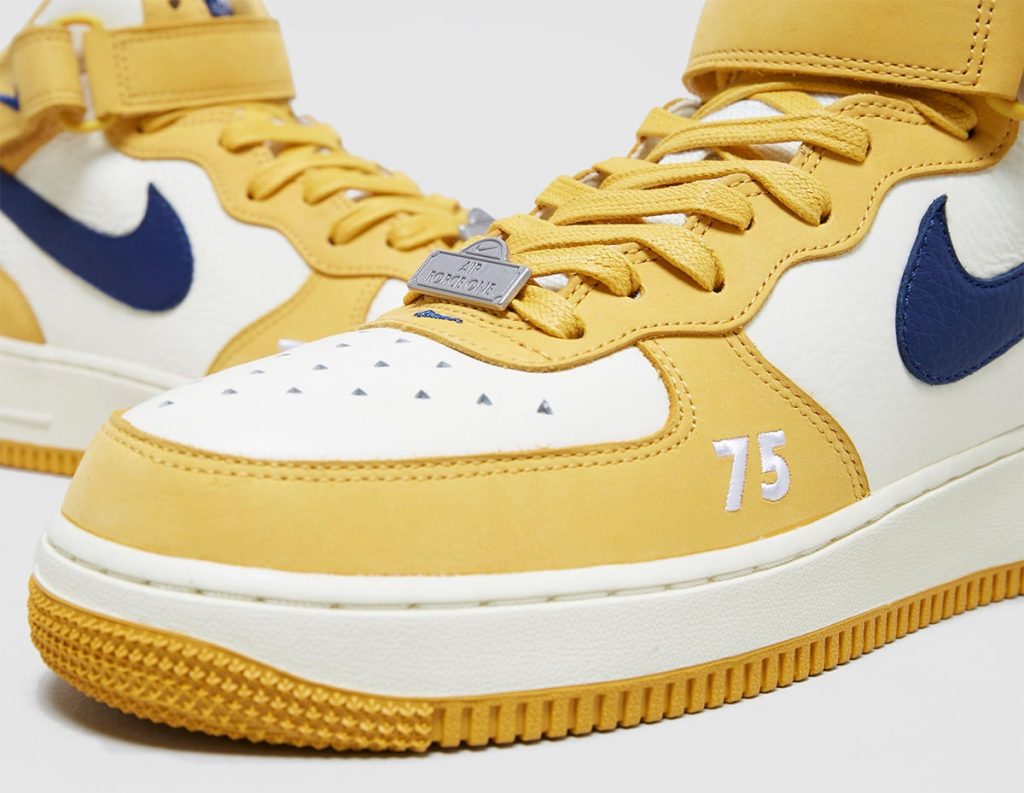 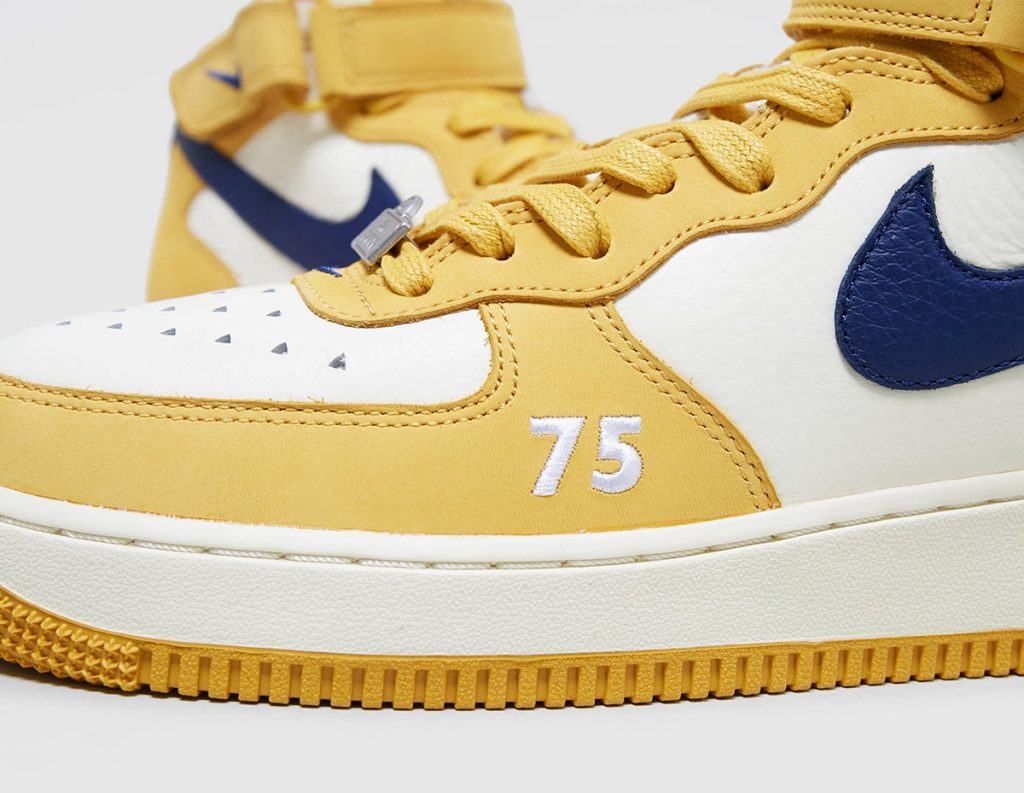