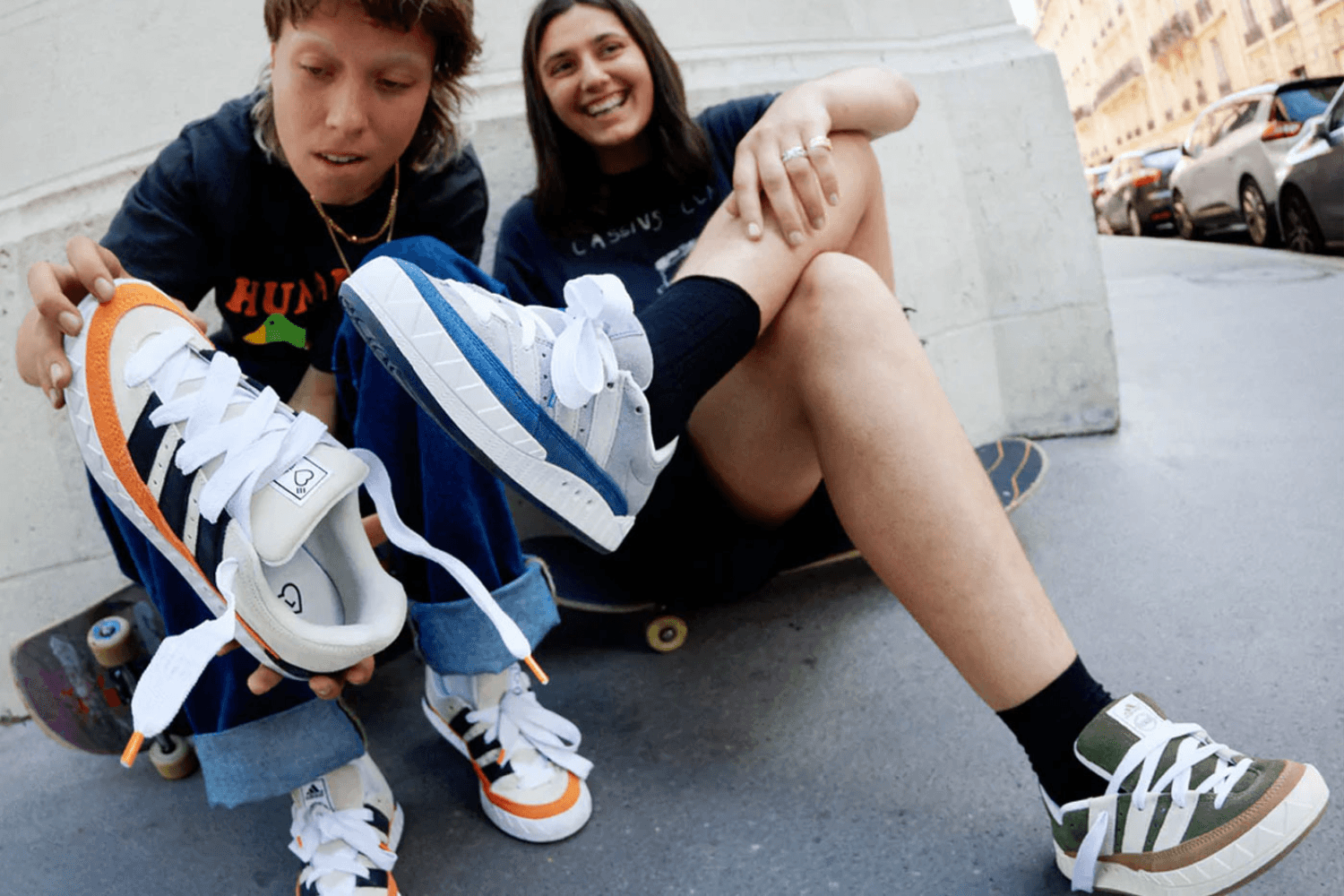 By
Aïcha
Image credits
HUMAN MADE

HUMAN MADE comes out with three different colorways of the adidas ADIMATIC HM. The 90s skate silhouette was a big favourite among young people in cities around the world. First introduced in 1996, this model is making a comeback this year, 2022.

HUMAN MADE is a Japanese streetwear brand. The brand was founded in 2010 by Nigo, the founder of A Bathing Ape. Now, the brand teams up with adidas and releases three new colorways of the ADIMATIC HM. The three new colorways are 'Green', 'Gray' and 'White'.

The upper of the pair is made of suede, which wears less than leather and is, therefore, more practical for skateboarding. In the green colorway, the upper is almost completely green. The mudguard is in brown and the three recognizable adidas stripes on the side are in beige. Between the stripes three hearts are perforated. These hearts are found on every colorway.

The grey colorway has a dark upper. The mudguard is blue and the adidas stripes are in a lighter shade of grey. The laces, lining and midsole of this pair are in white. The outsole on the other hand is dark blue.

On the white colorway, the accents are orange and black. The extra wide laces are in white, making them stand out even more. On the heel of each pair is the HUMAN MADE logo embroidered.

The HUMAN MADE x adidas ADIMATIC HM will be released on Saturday, July 16 via the HUMAN MADE website. Check out the images from this release below. 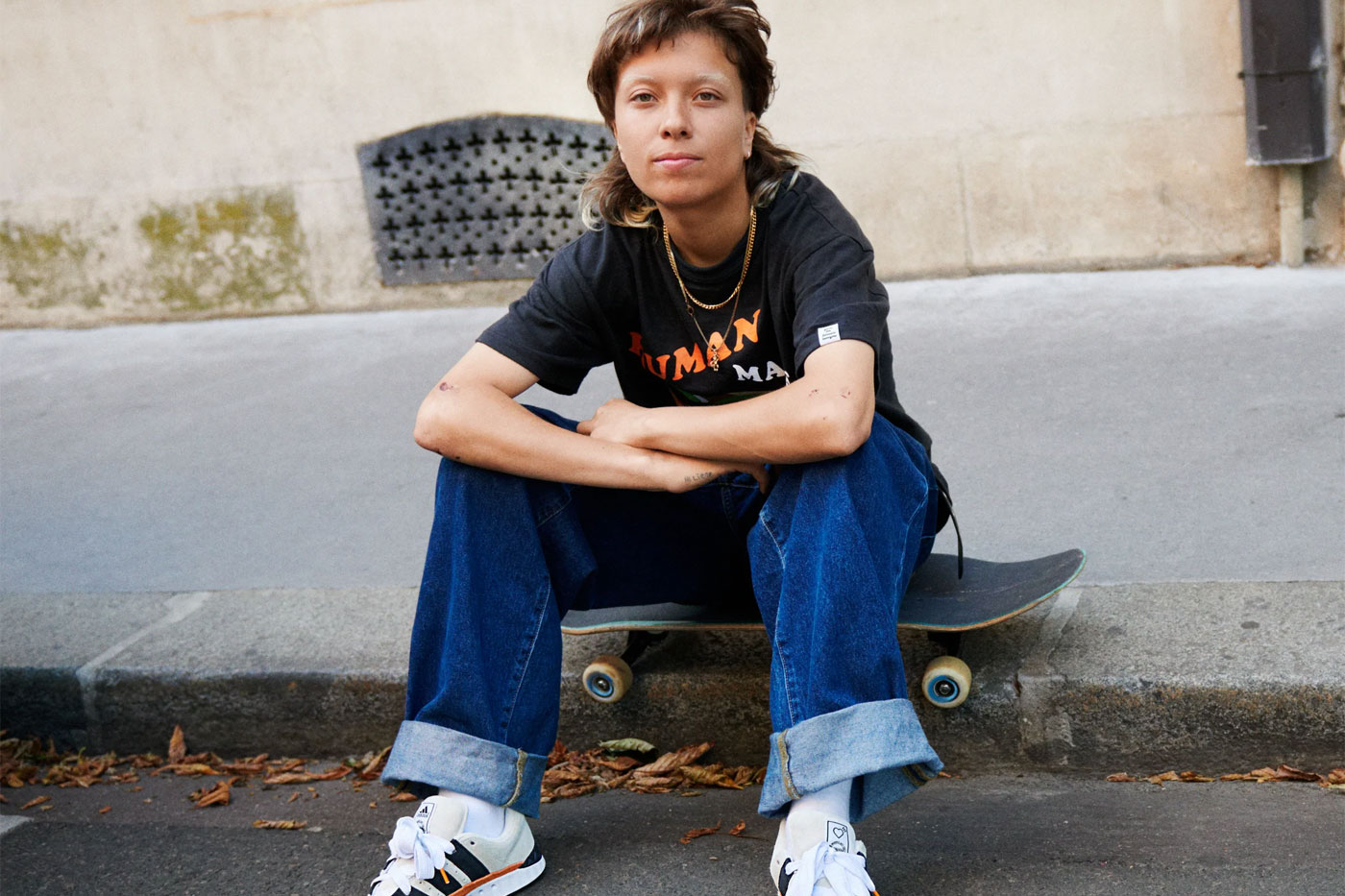 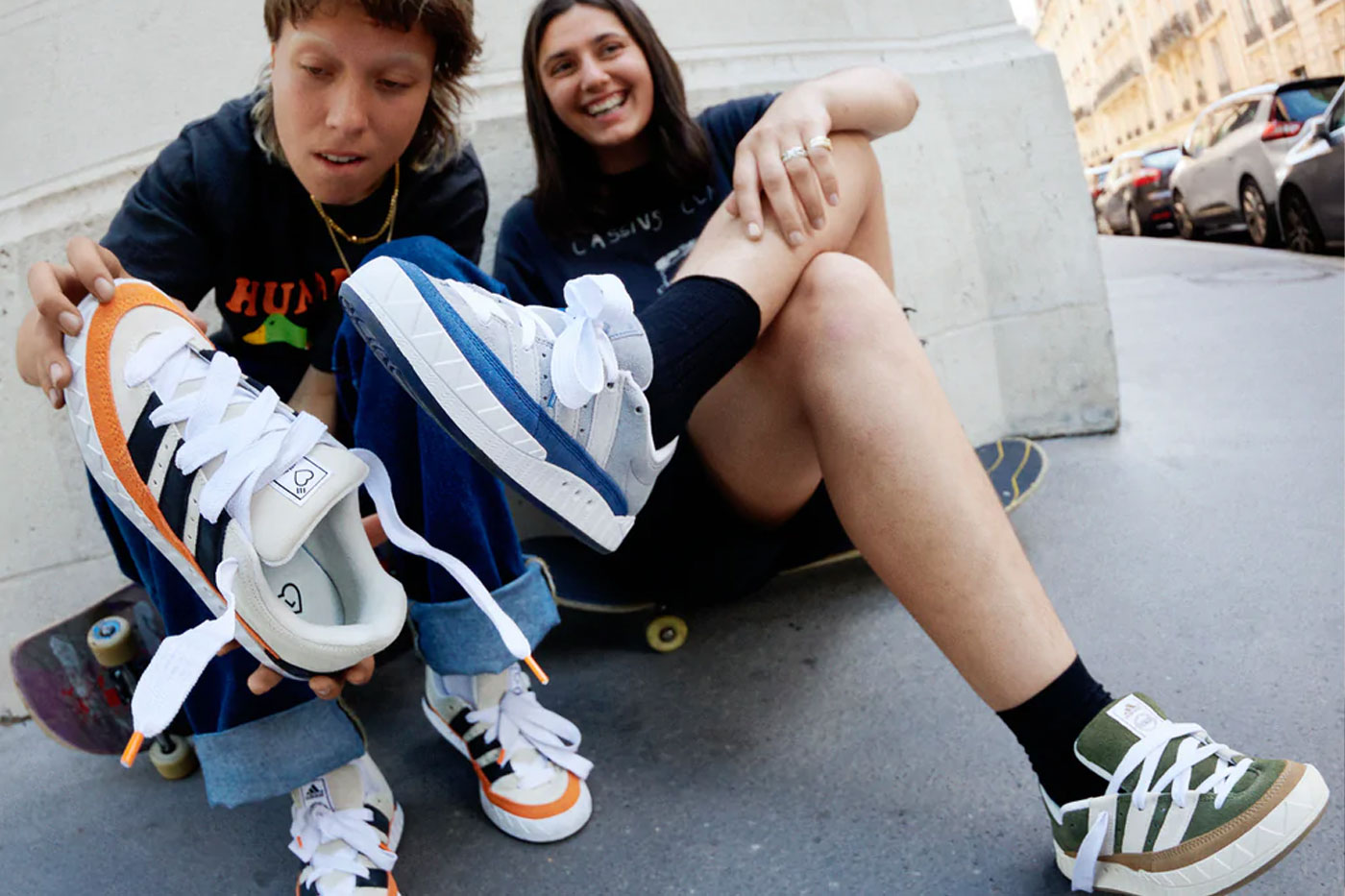 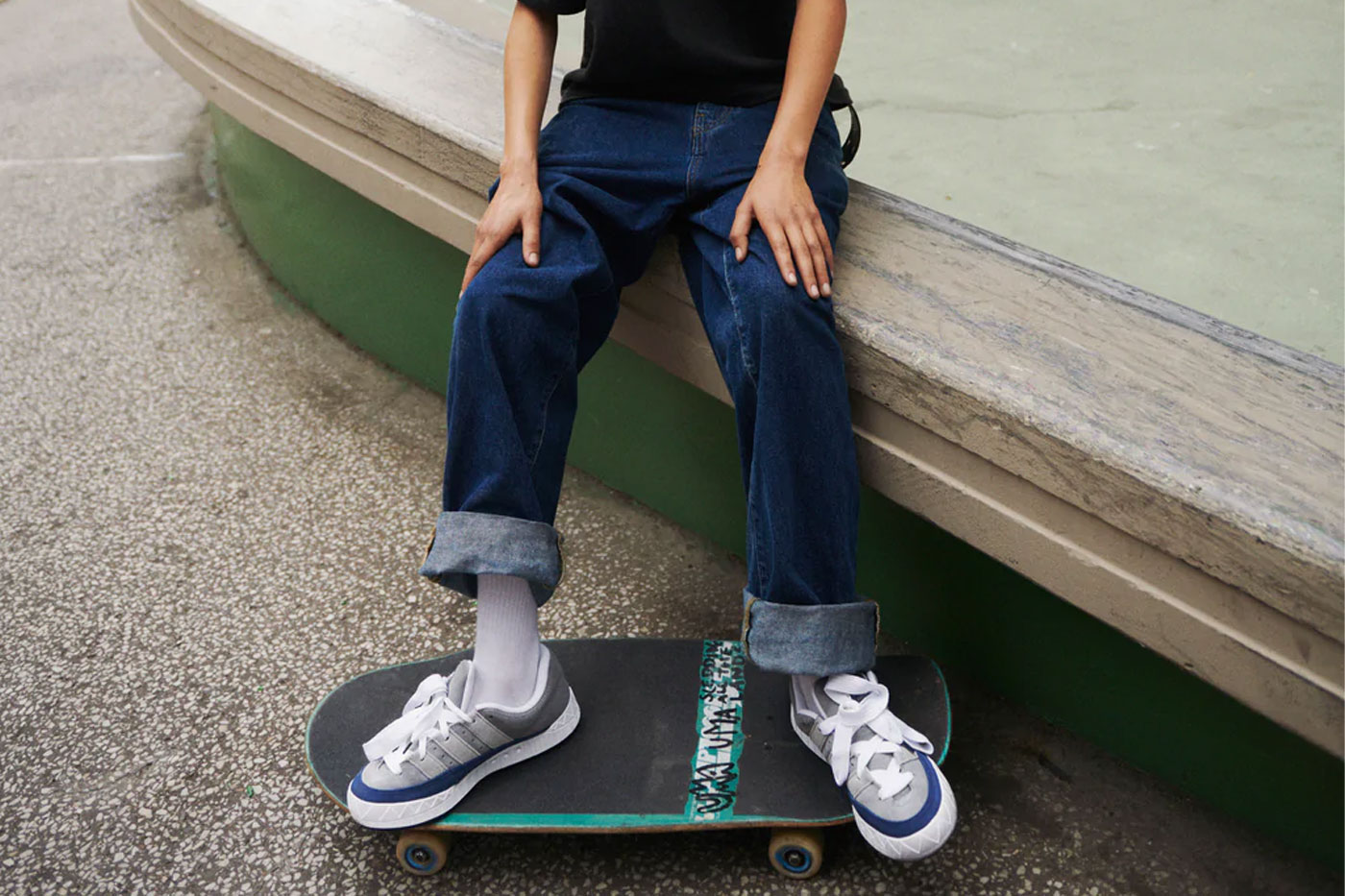 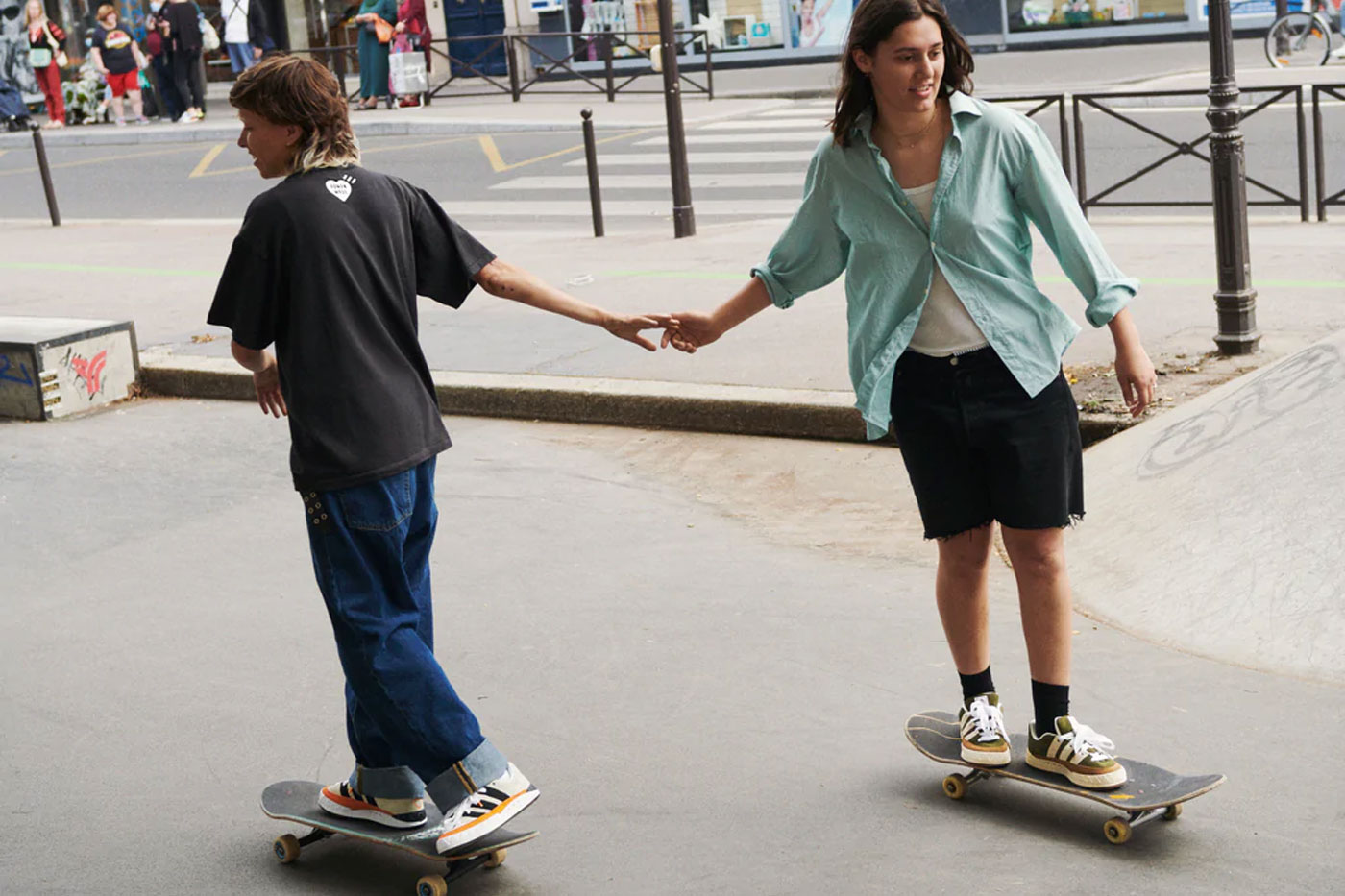 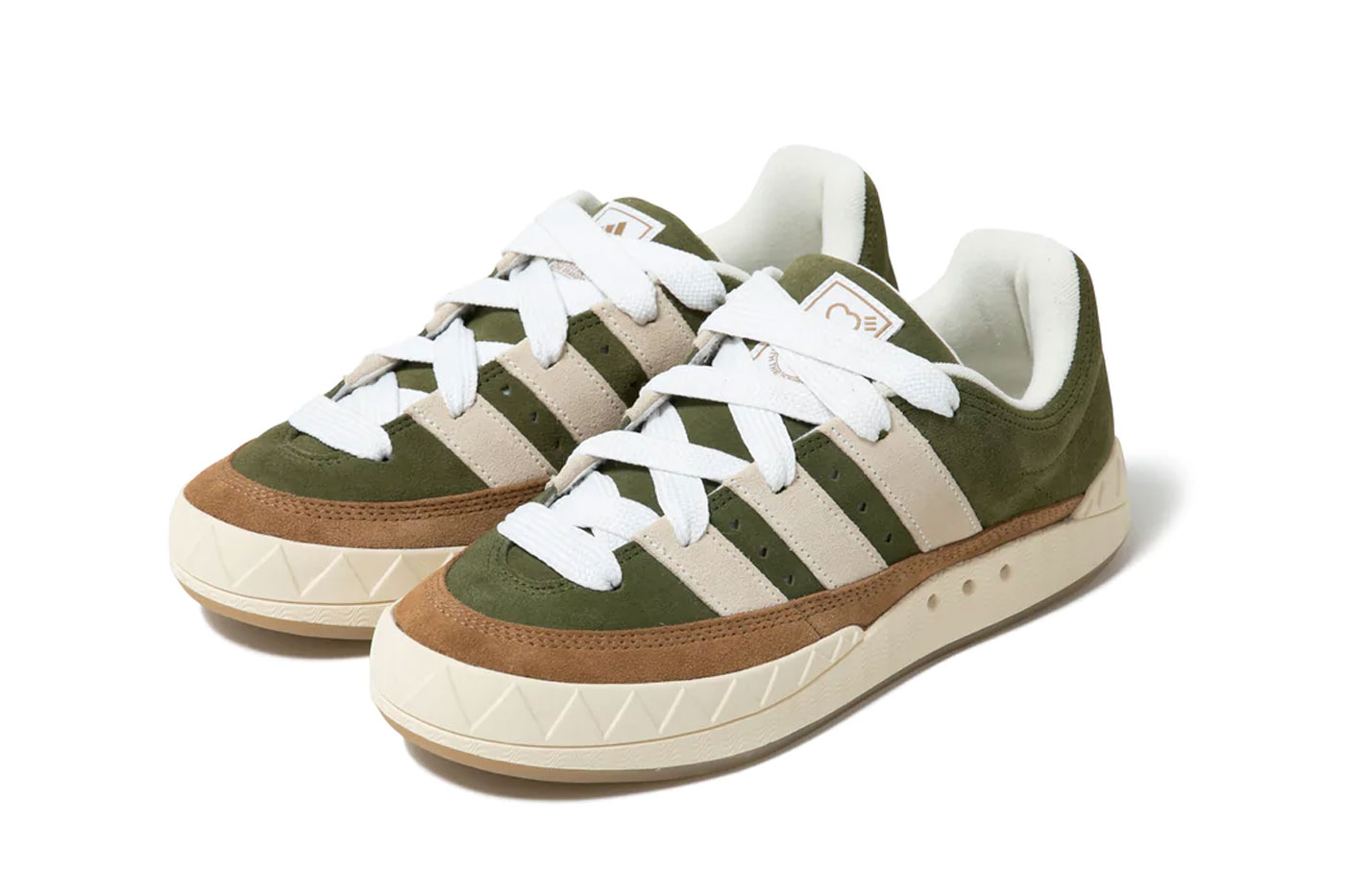 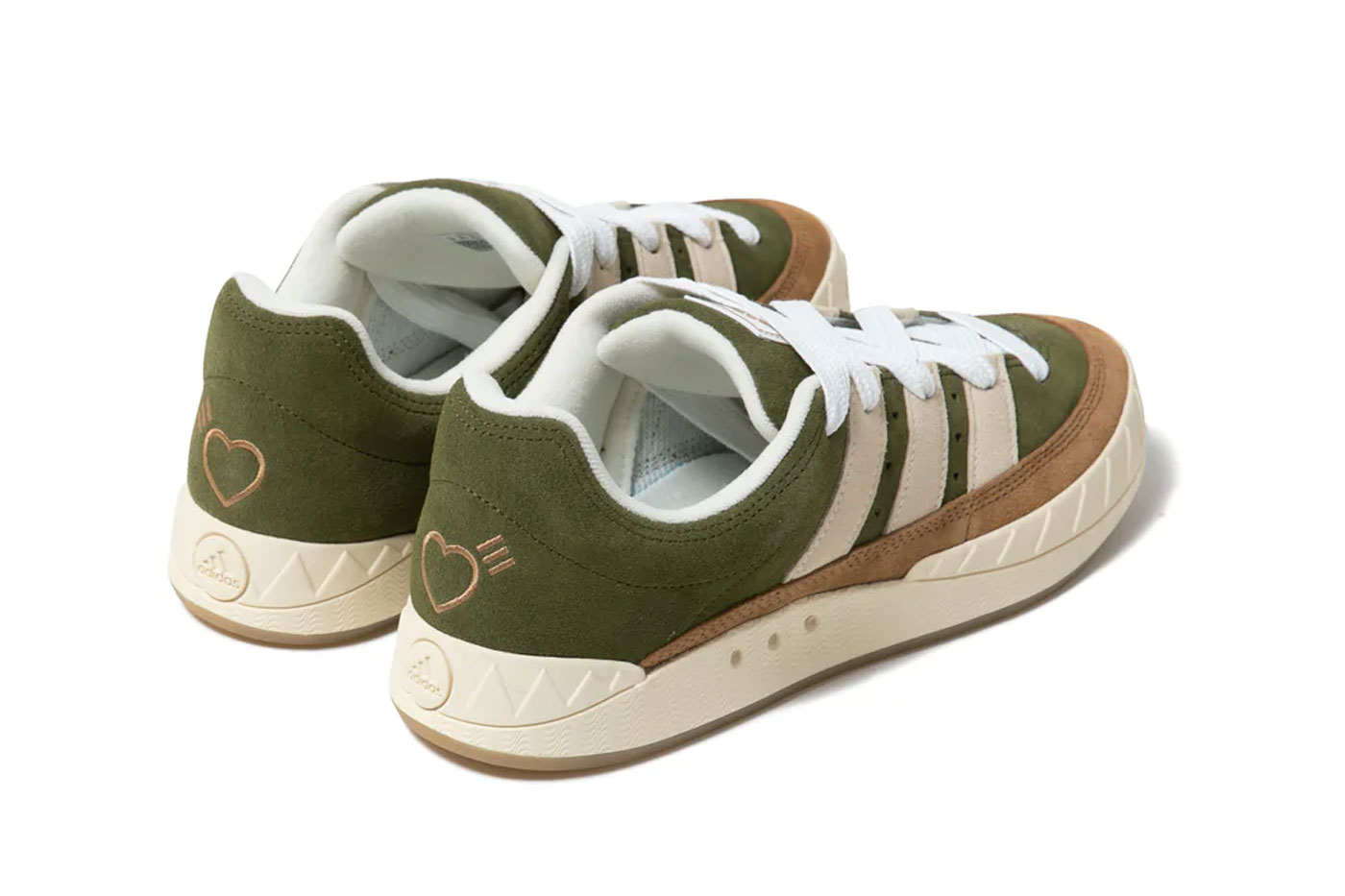 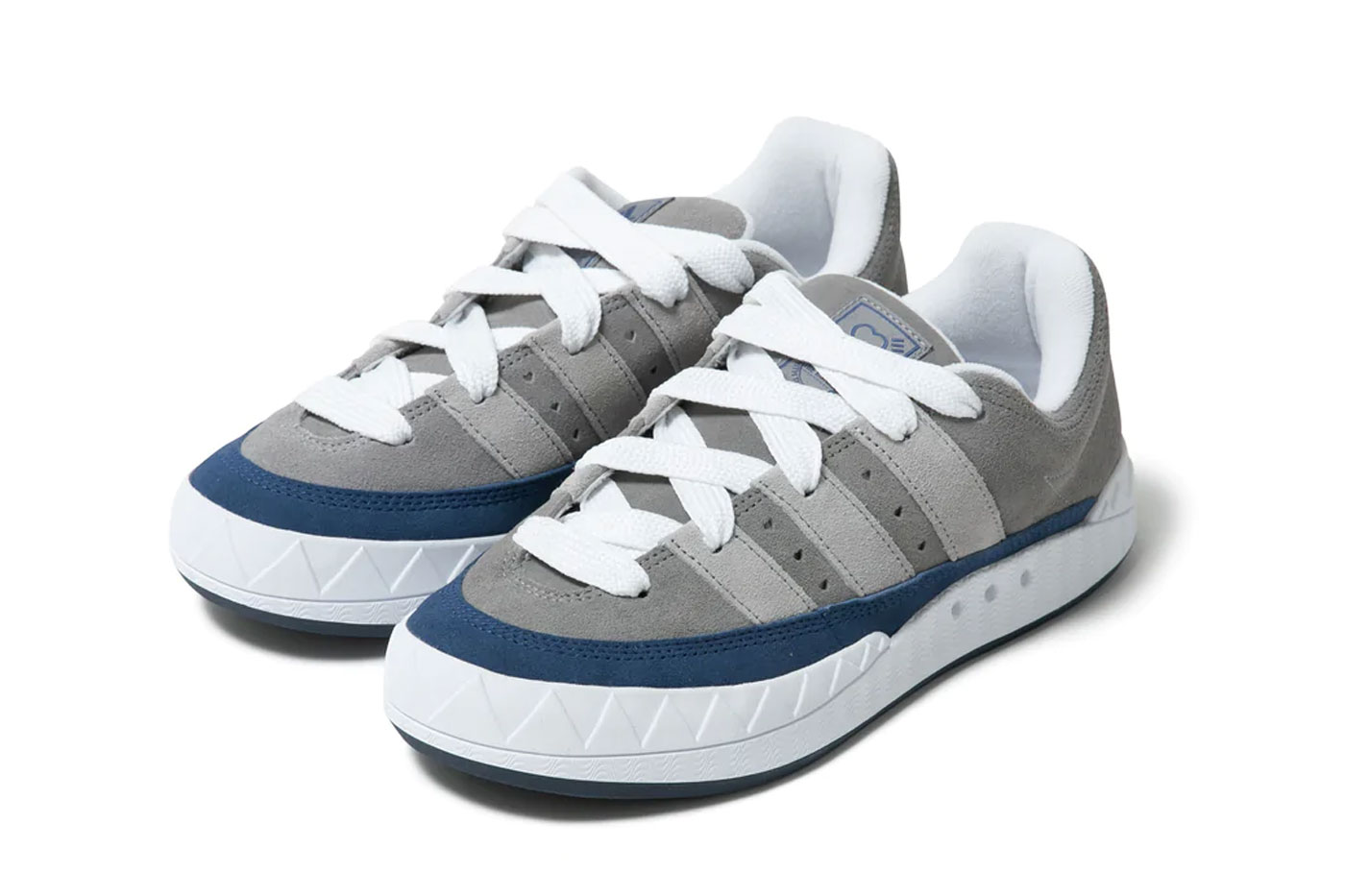 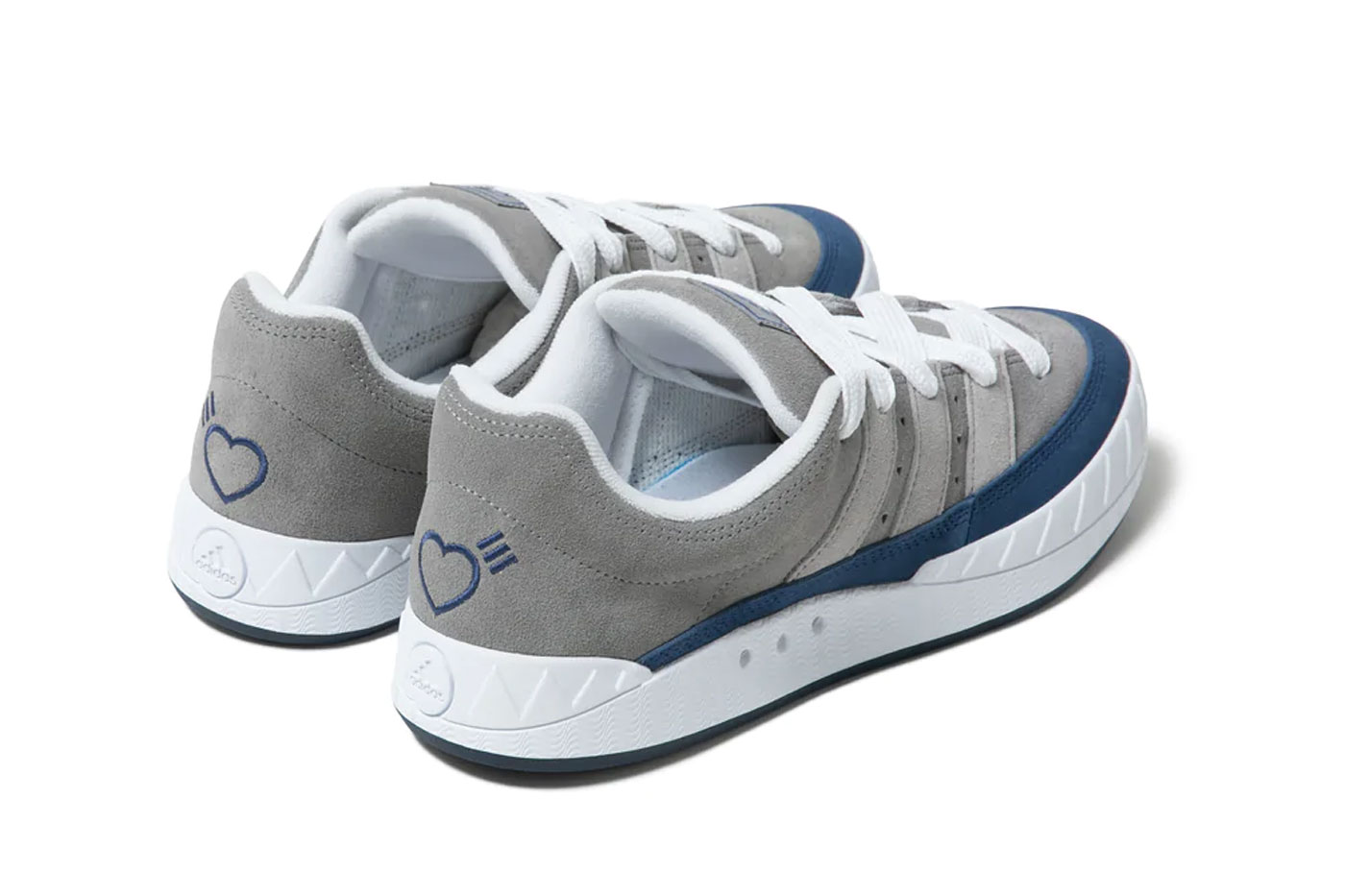 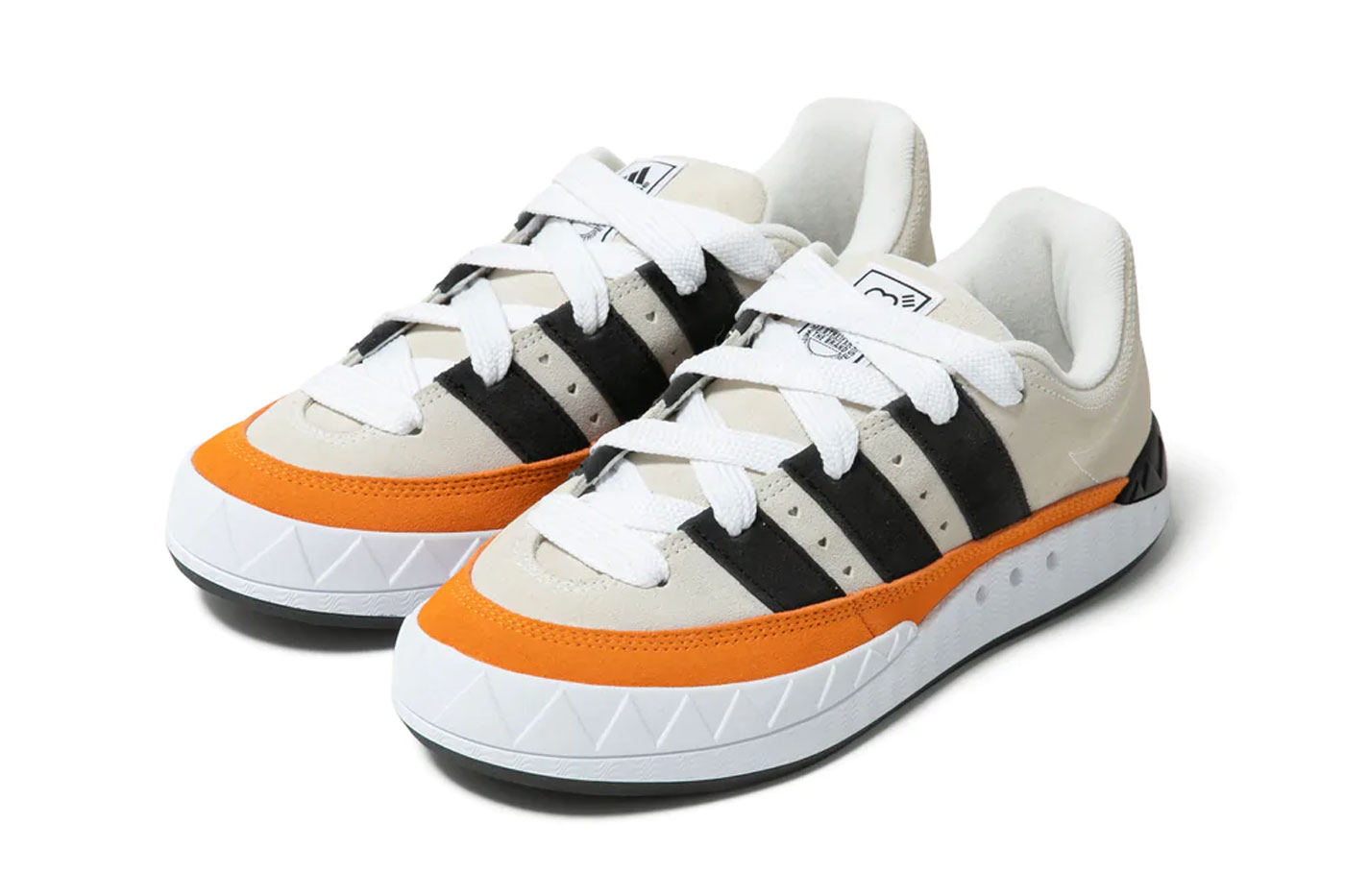 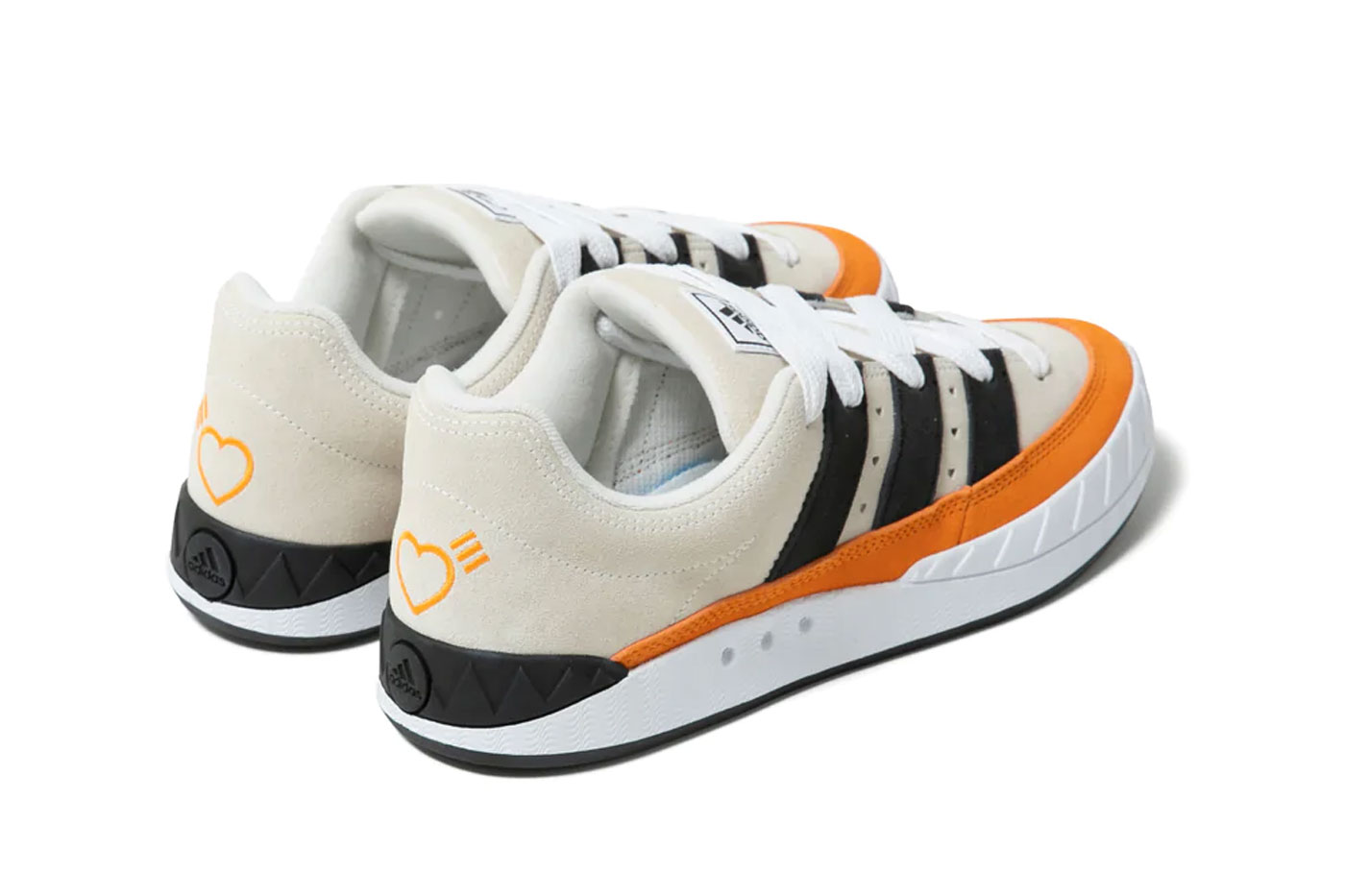