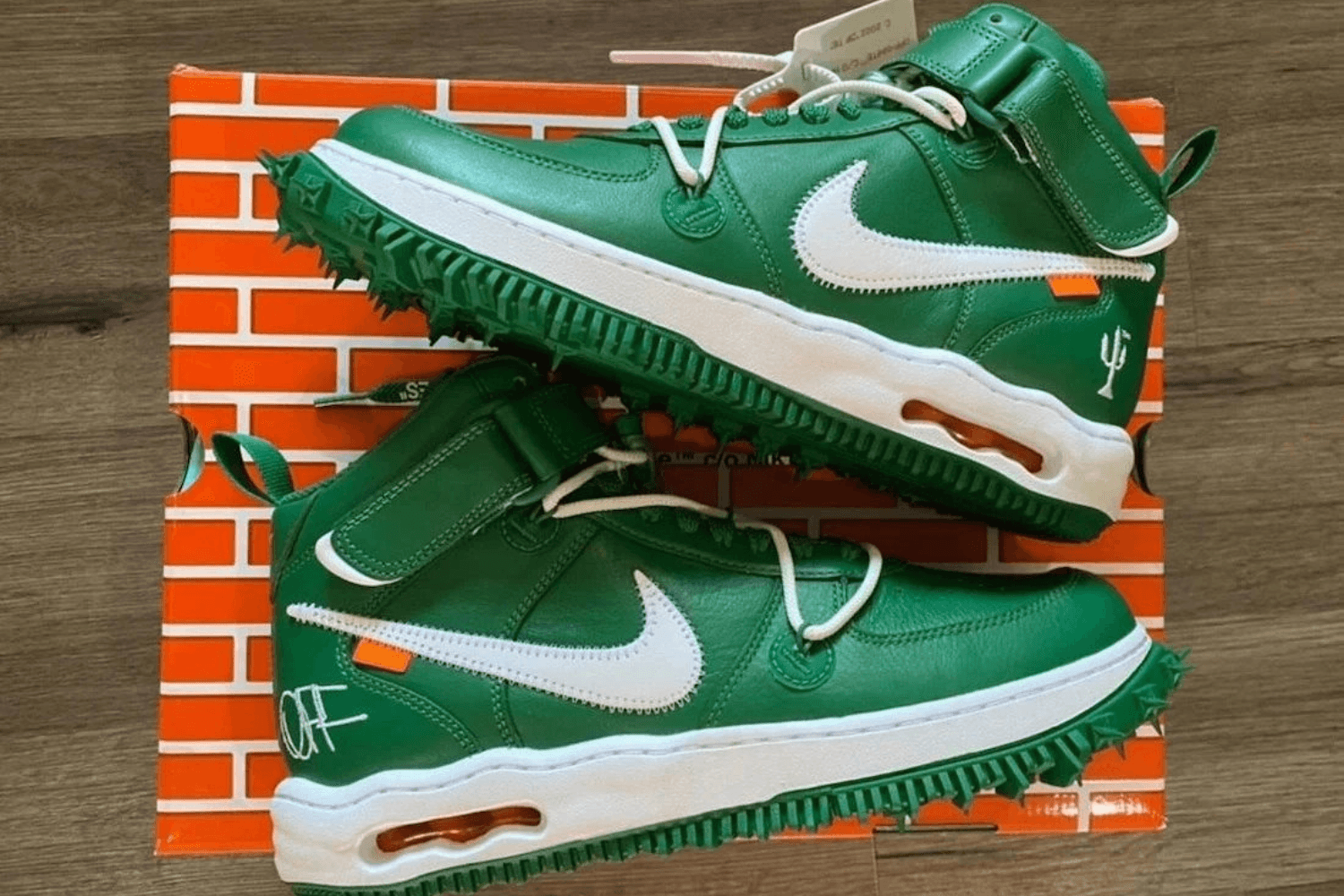 The first images of the Off-White x Nike Air Force 1 Mid in the 'Pine Green' colorway have surfaced. Previously, a white and a black colorway of the Off-White x Air Force 1 have been revealed. While the 'White' and 'Black' colorways are made of textile, the upper of the 'Pine Green' is made entirely of leather. The pair will be released later this year, in 2022, when exactly is not yet known.

The Off-White x Nike Air Force 1 Mid 'Pine Green' is a remix of the traditional AF1 Mid. As such, this pair features many unique details on the green leather upper. On the heel of the left shoe you will find a stitching of a candlestick, which is the logo of Virgil Abloh's Canary Yellow website. The right heel has stitching that reads "OFF".

At the midfoot, you'll also find an even more additional lacing system, which has been seen before on the Off-White x Nike Dunks. The open stitching on the Swoosh adds to the industrial look of the shoe. The sole has also been modified for the Off-White version of the AF1 mid. For example, the white midsole goes from straight at the toe, to wavy at the heel. The rubber spikes on the outsole bring the shoe together.

The Off-White x Nike Air Force 1 Mid 'Pine Green' will be released later this year, the exact date is not yet known. So be sure to keep an eye on our release calendar and Instagram for updates on this release. 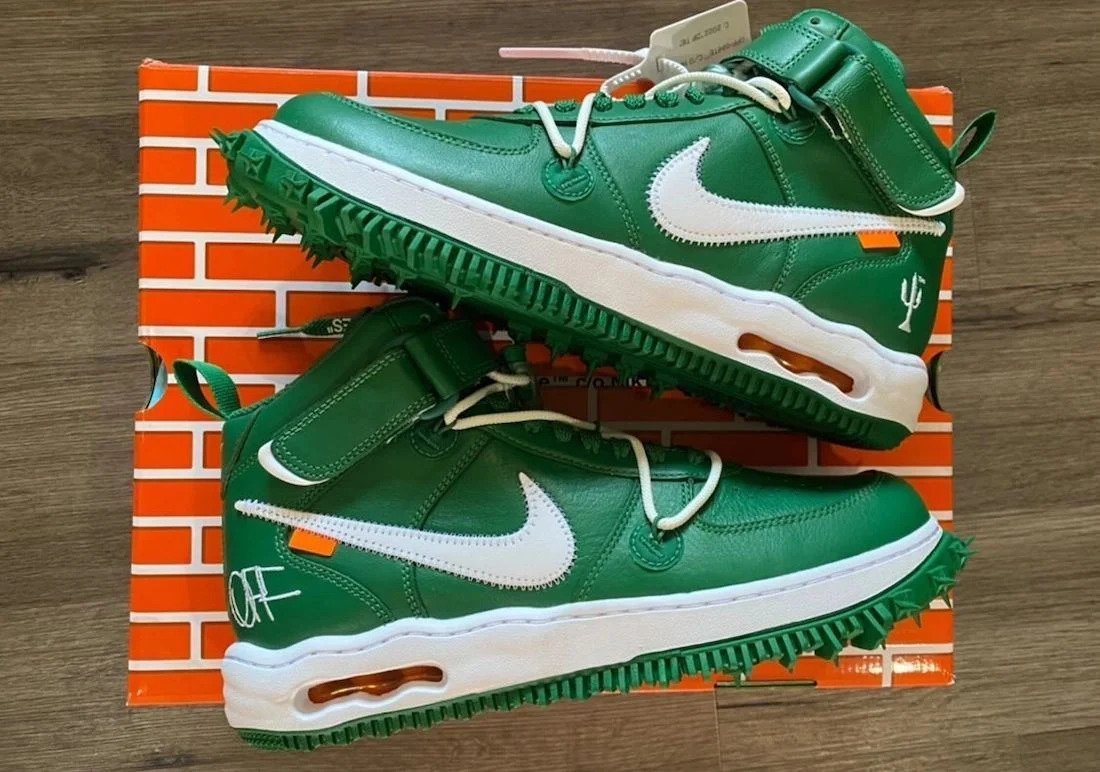 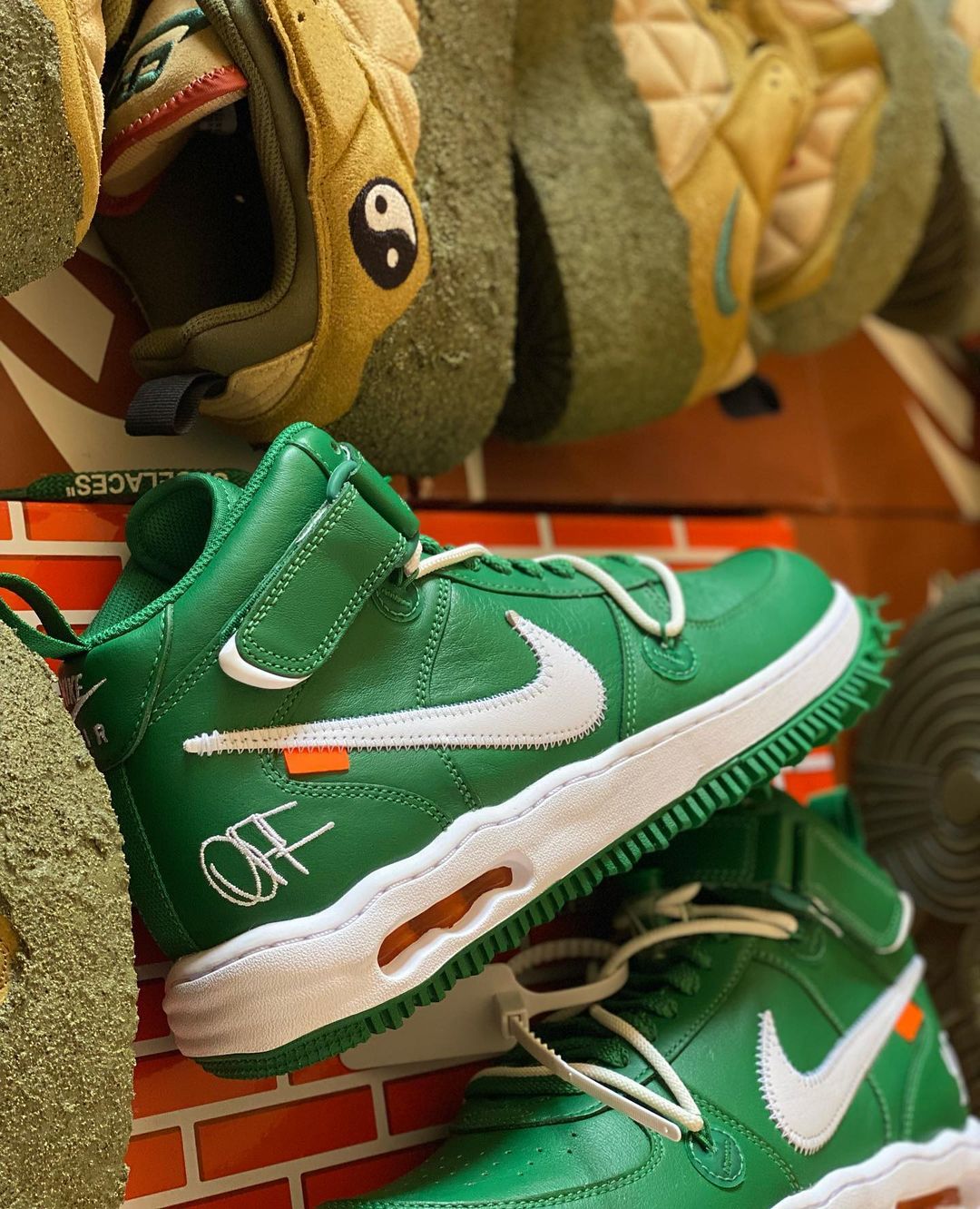 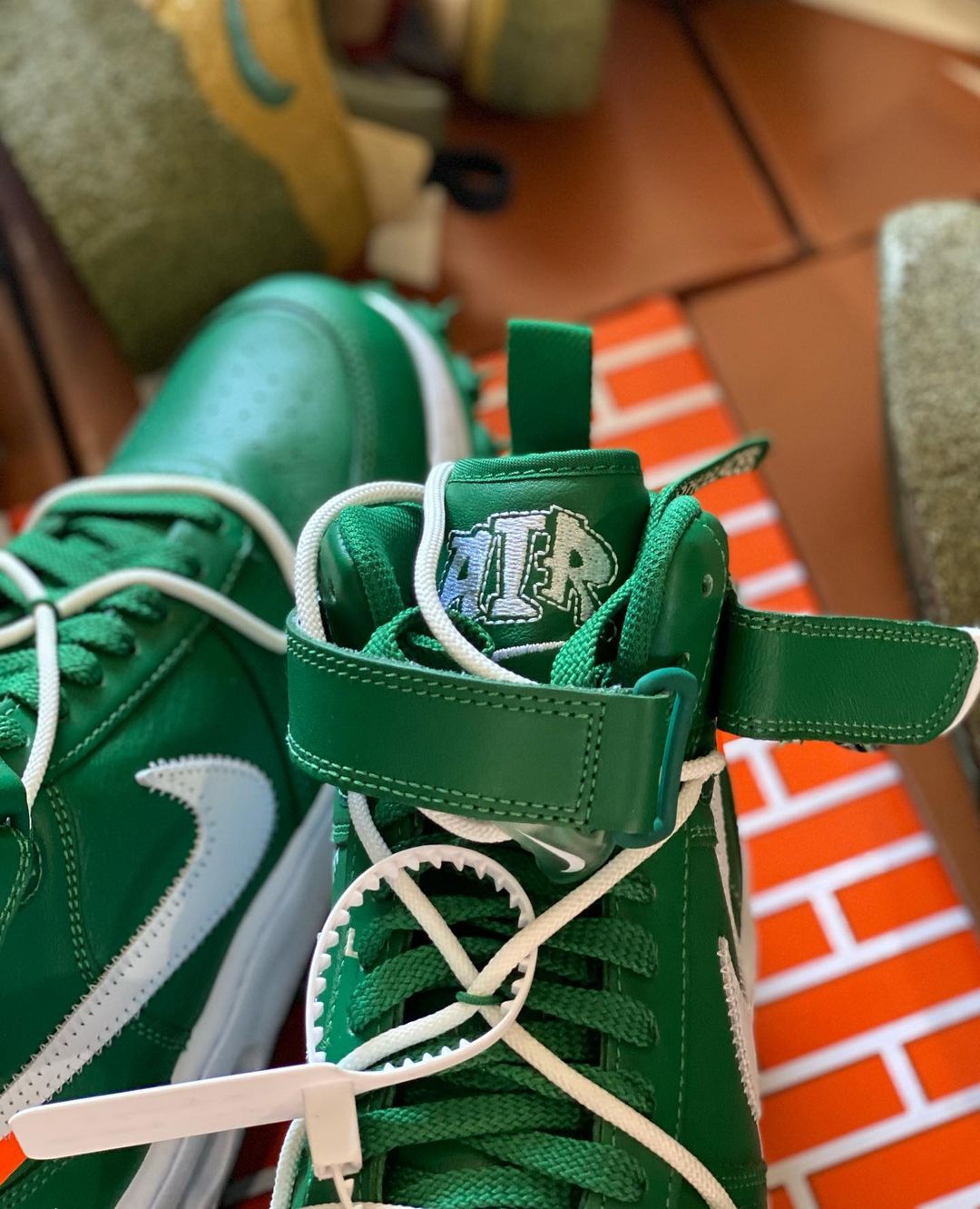 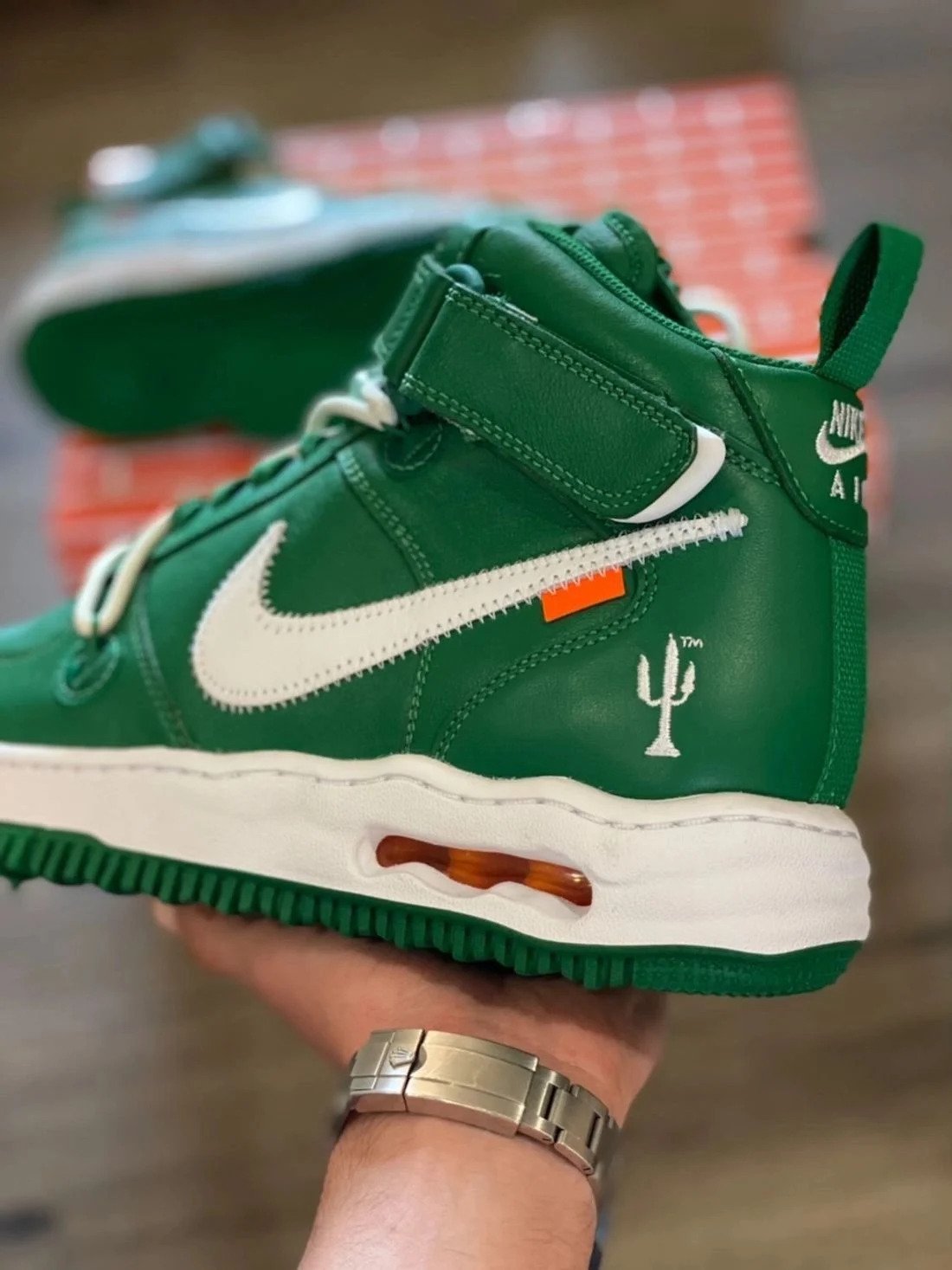 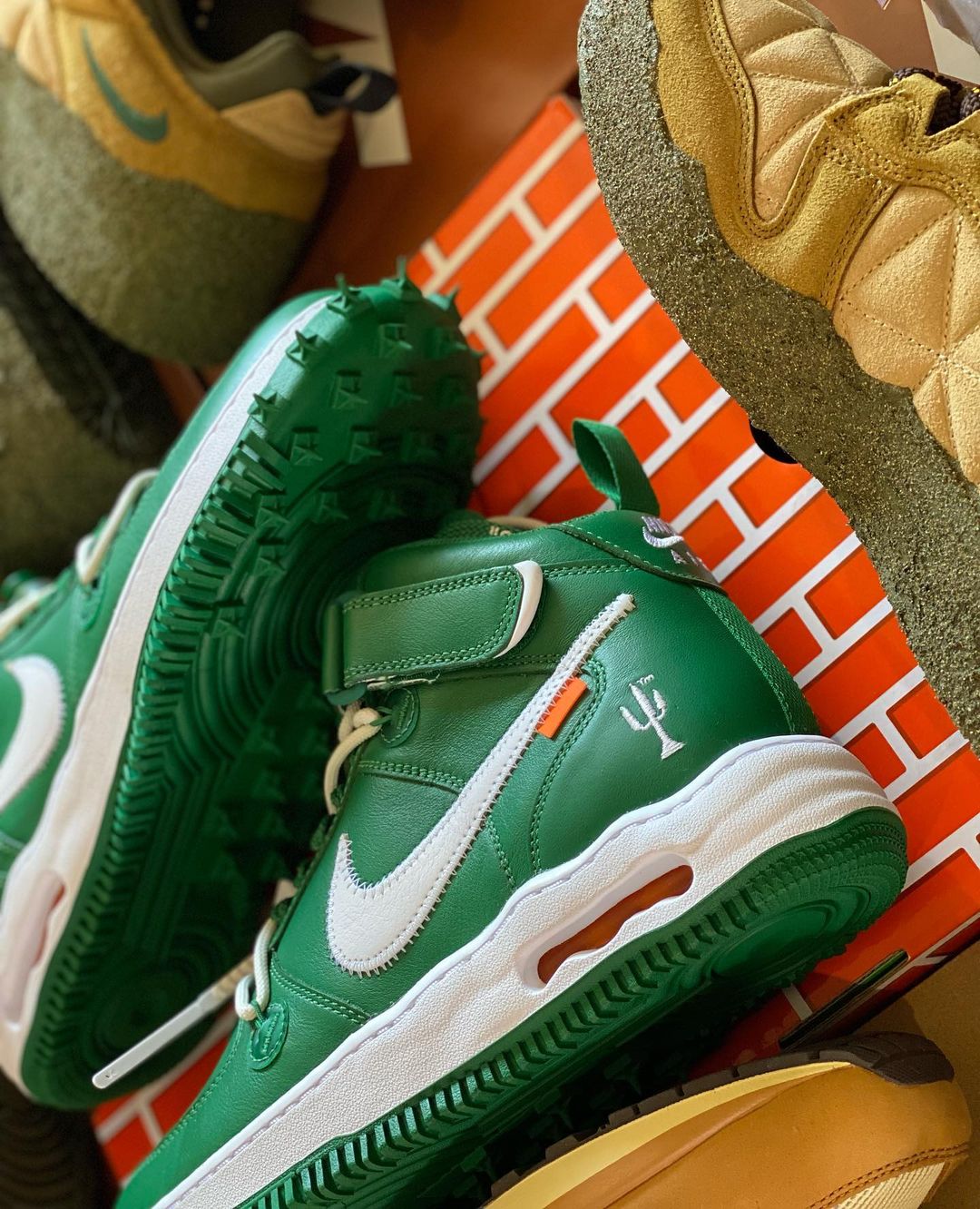