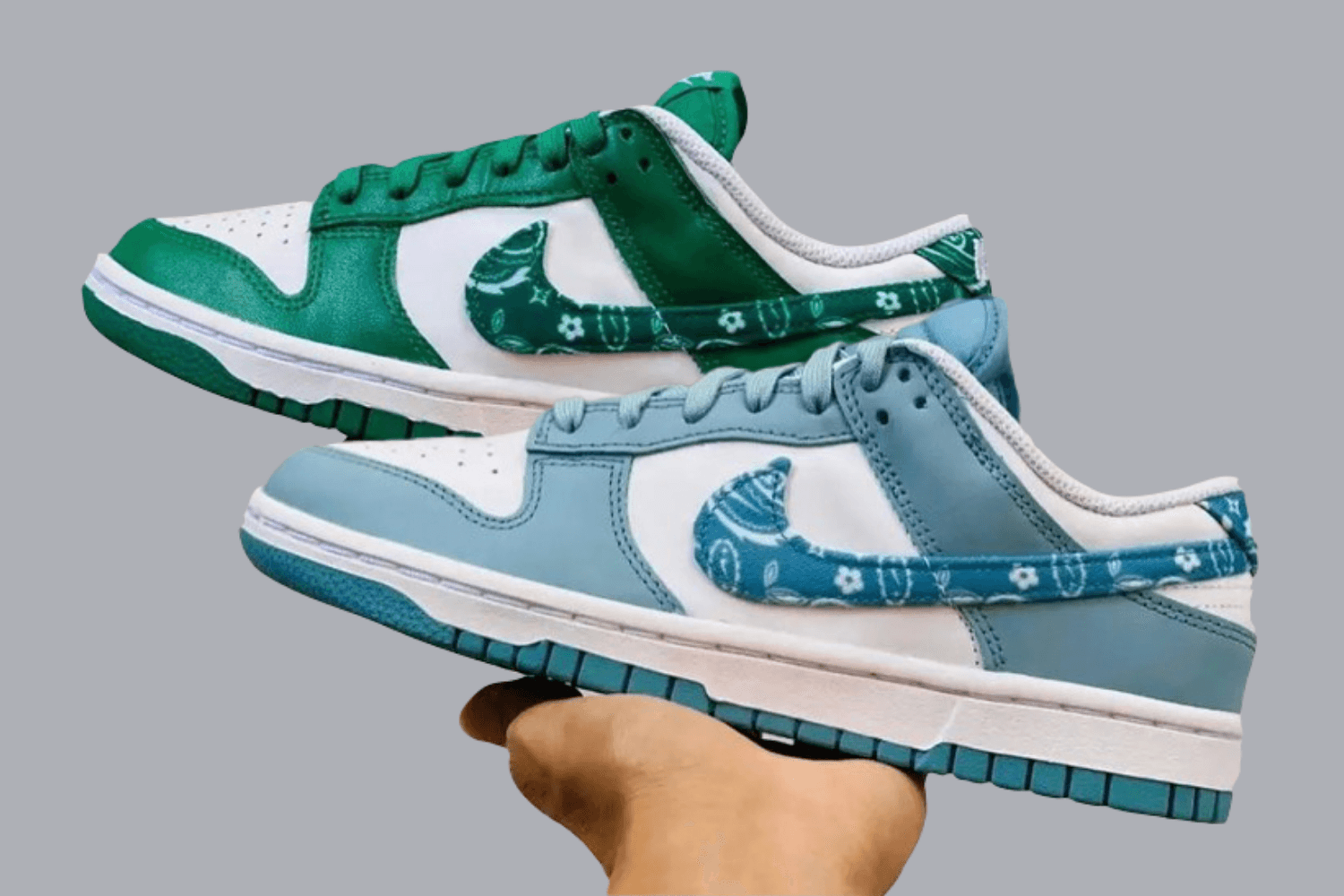 The first images of the Nike Dunk Low 'Paisley' pack have surfaced. The pack comes with two colorways and features the paisley print on the Swoosh.

Both pairs feature the paisley print. It's not the first time Nike put this print on their silhouettes. For example, the Nike Dunk SB Low in collaboration with Travis Scott also with a paisley print. The Air Force 1 'Paisley' pack is also expected in 2022. This pack includes the colorways 'Blue', 'Green' and 'Black'.

The second colorway comes with light blue overlays. This pair also has a leather upper and a white upper. The paisley print returns on the heel tab and Swoosh. The midsole is white and the outsole is the same light blue colour as the overlays.

The Nike Dunk Low 'Paisley' pack has no official release date yet. However, the sneakers are expected to arrive in 2022. Keep an eye on the release calendar for official photos of the pairs. 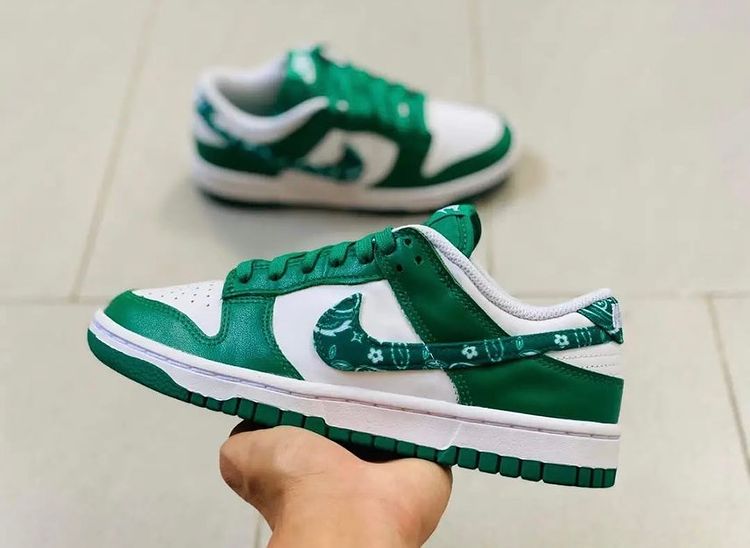 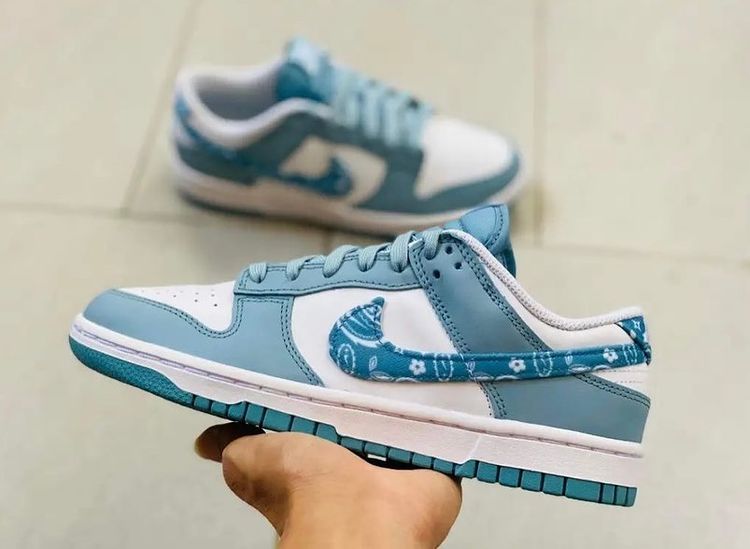