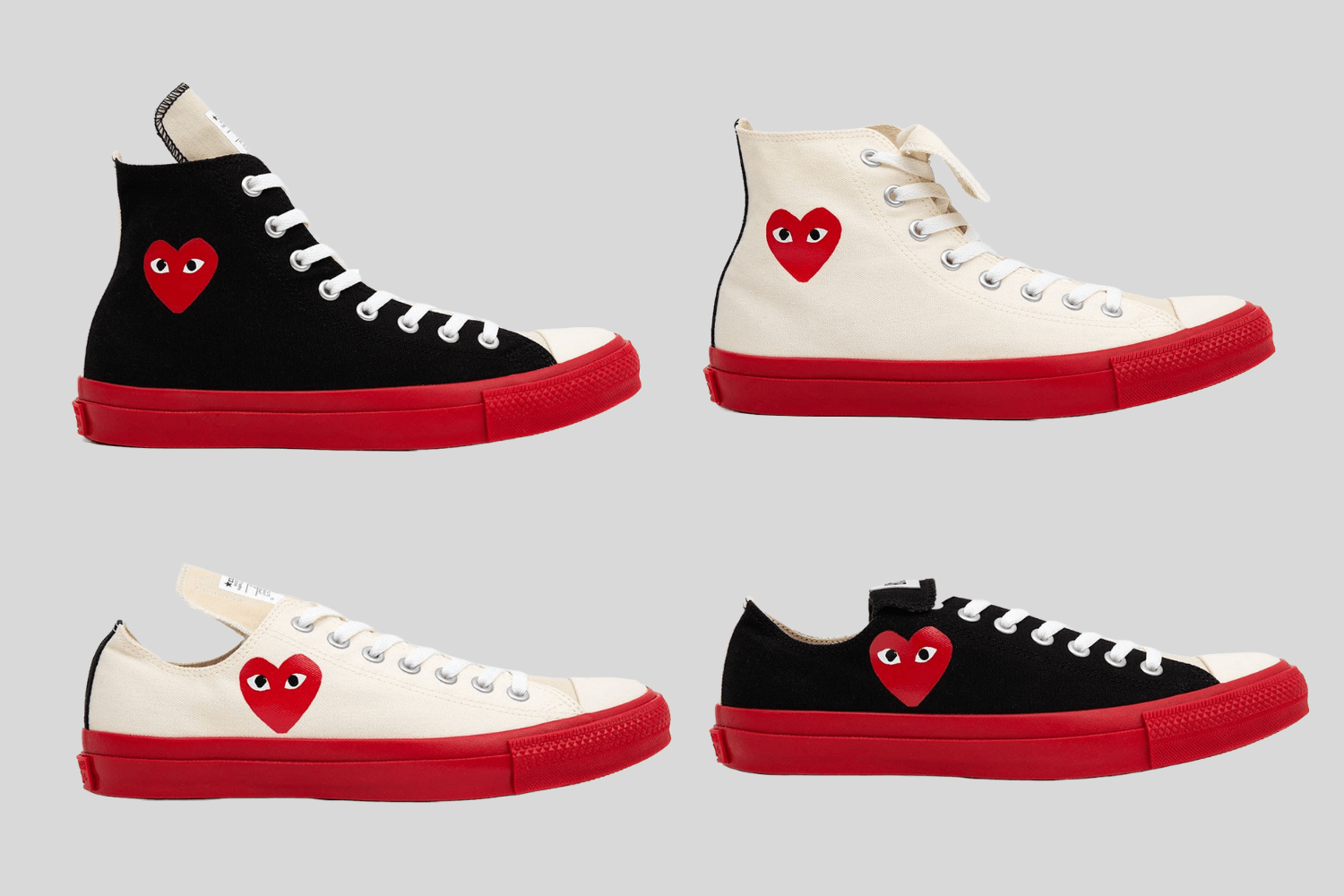 Converse and Comme des Garçons are coming together again, bringing a new design to the Chuck Taylor sneaker. The two names are known for their Chucks with the red hearts of CdG. Now the two brands are now coming out with an 'inverted' design. The pair was released in Japan on July 6, 2022. When and if the pair will come to Europe is not yet known.

Japanese fashion label Comme des Garçons, founded by Rei Kawakubo, has been collaborating with Converse since 2009. The two names have already brought several colorways to the Chuck Taylor model. On these, the familiar red heart, hinting at CdG's PLAY collection, returns on the heel.

Now the two names are coming out with a low and high version of the Chuck Taylor. The high variant comes in an off-white colorway and a black/off-white variant. On both pairs, a red heart is placed on the heel. This heart, unlike the previous releases, has been given a small size and is reminiscent of the first collab of the two names.

The low version also comes in two colorways. The off-white colorway has a black element on the heel. The second colorway combines the colours black and off-white. Like the two high Chuck Taylor colorways, the low sneakers also have a red midsole. Also, the tongue is larger than normal on all four colorways.

The four styles of the Comme des Garçons PLAY x Converse were released in Japan on July 6, 2022. When and if the collaboration will come to Europe is not yet known. Just keep an eye on our release calendar to stay up-to-date. 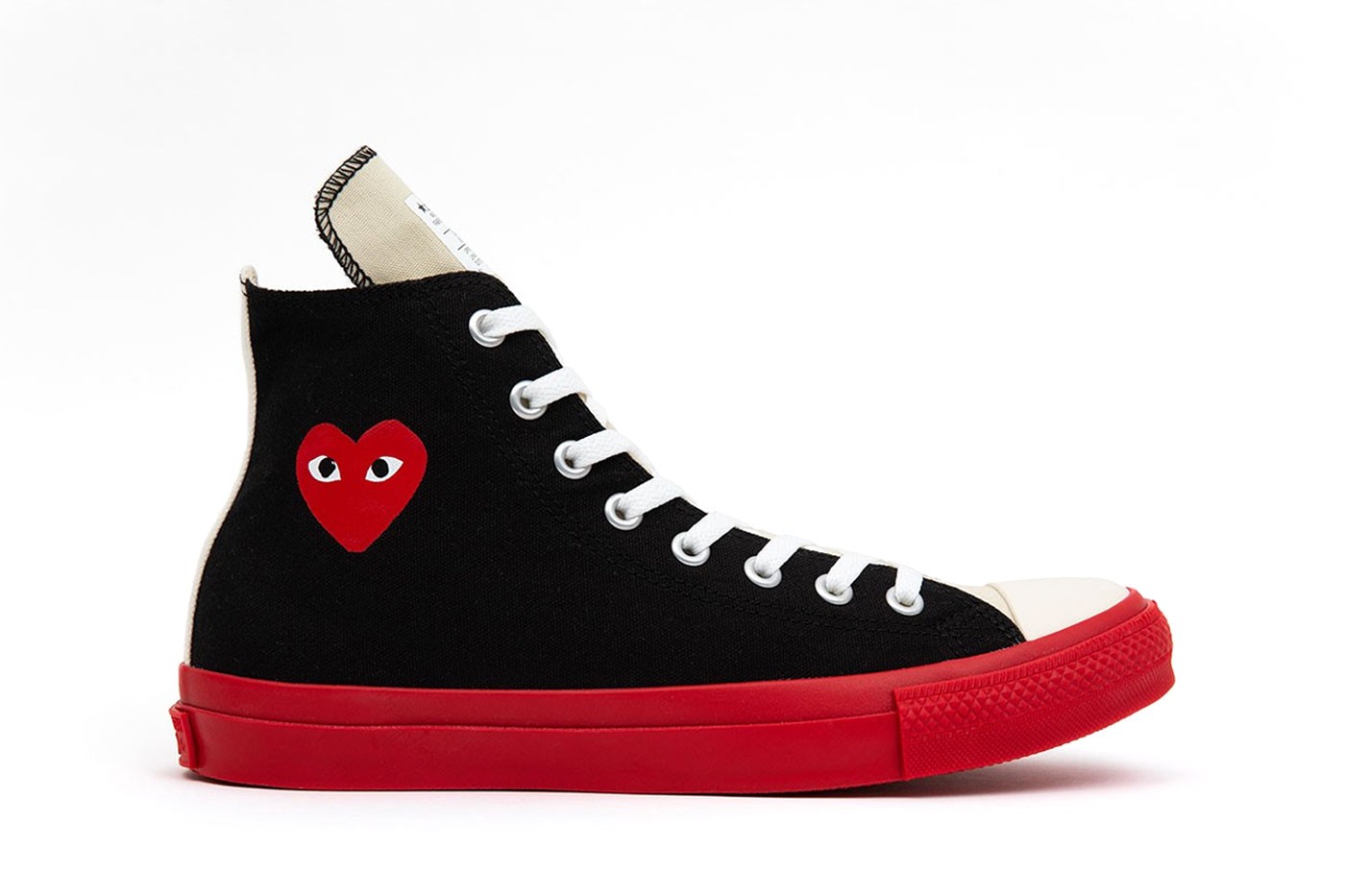 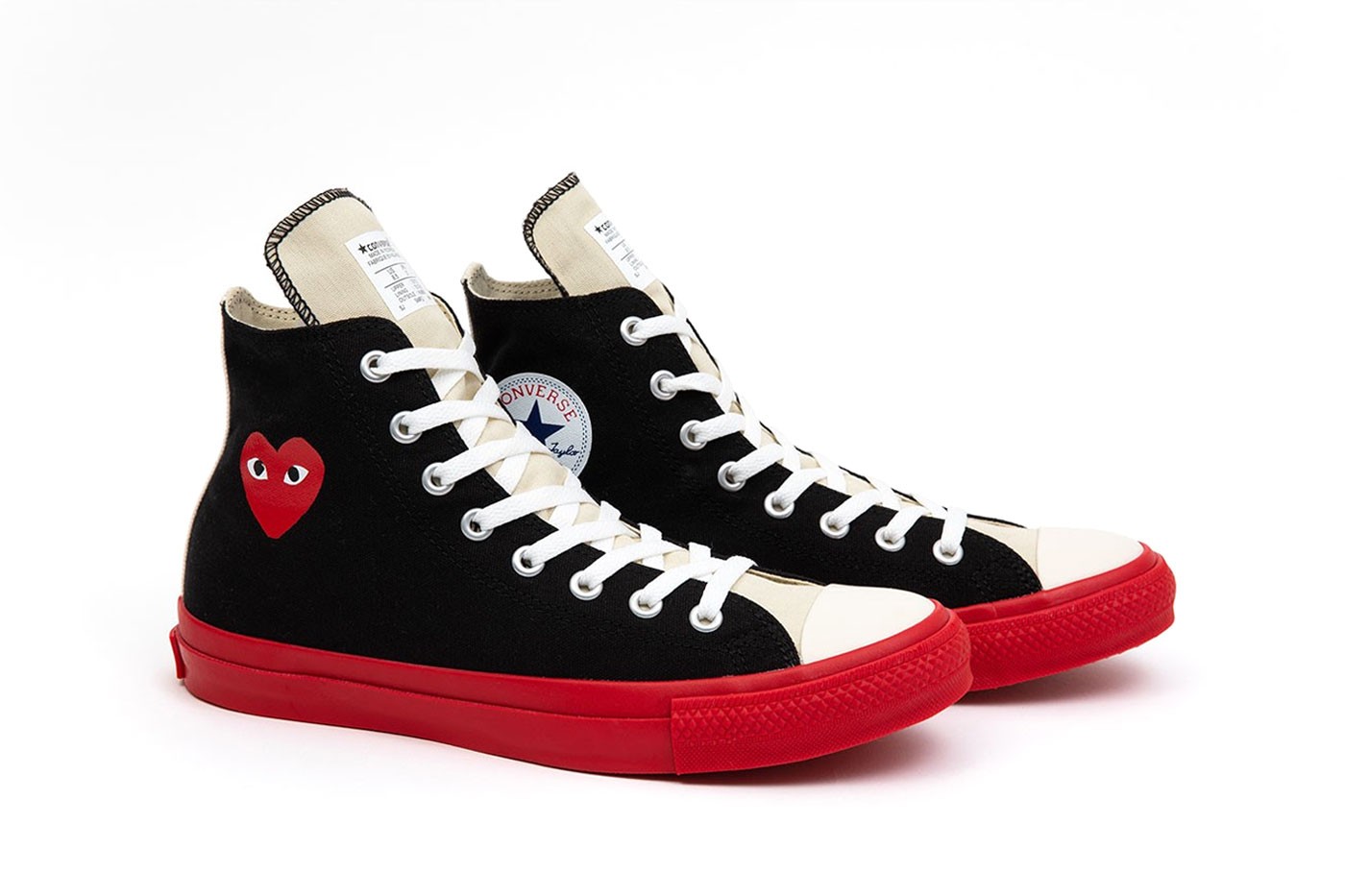 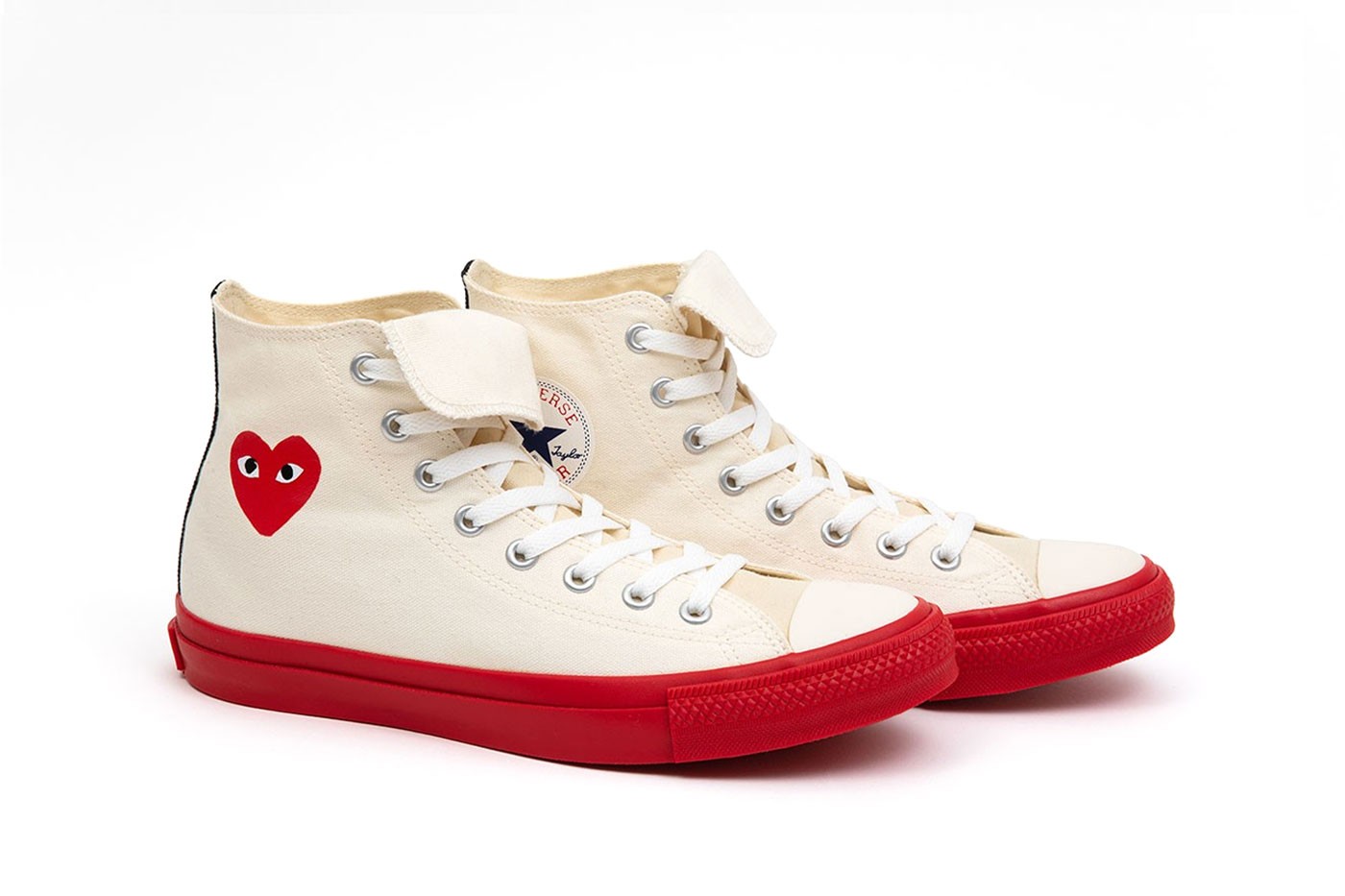 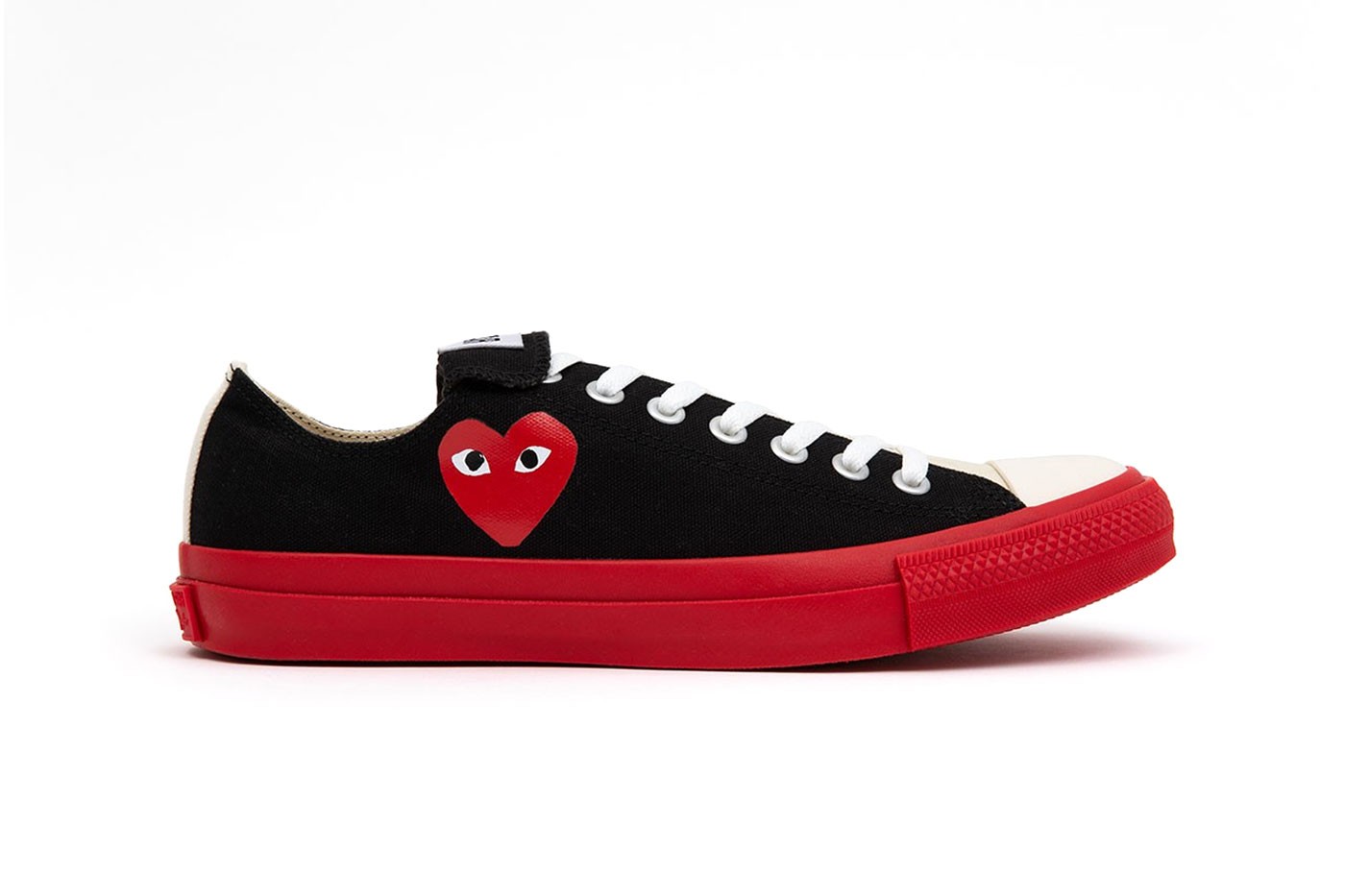 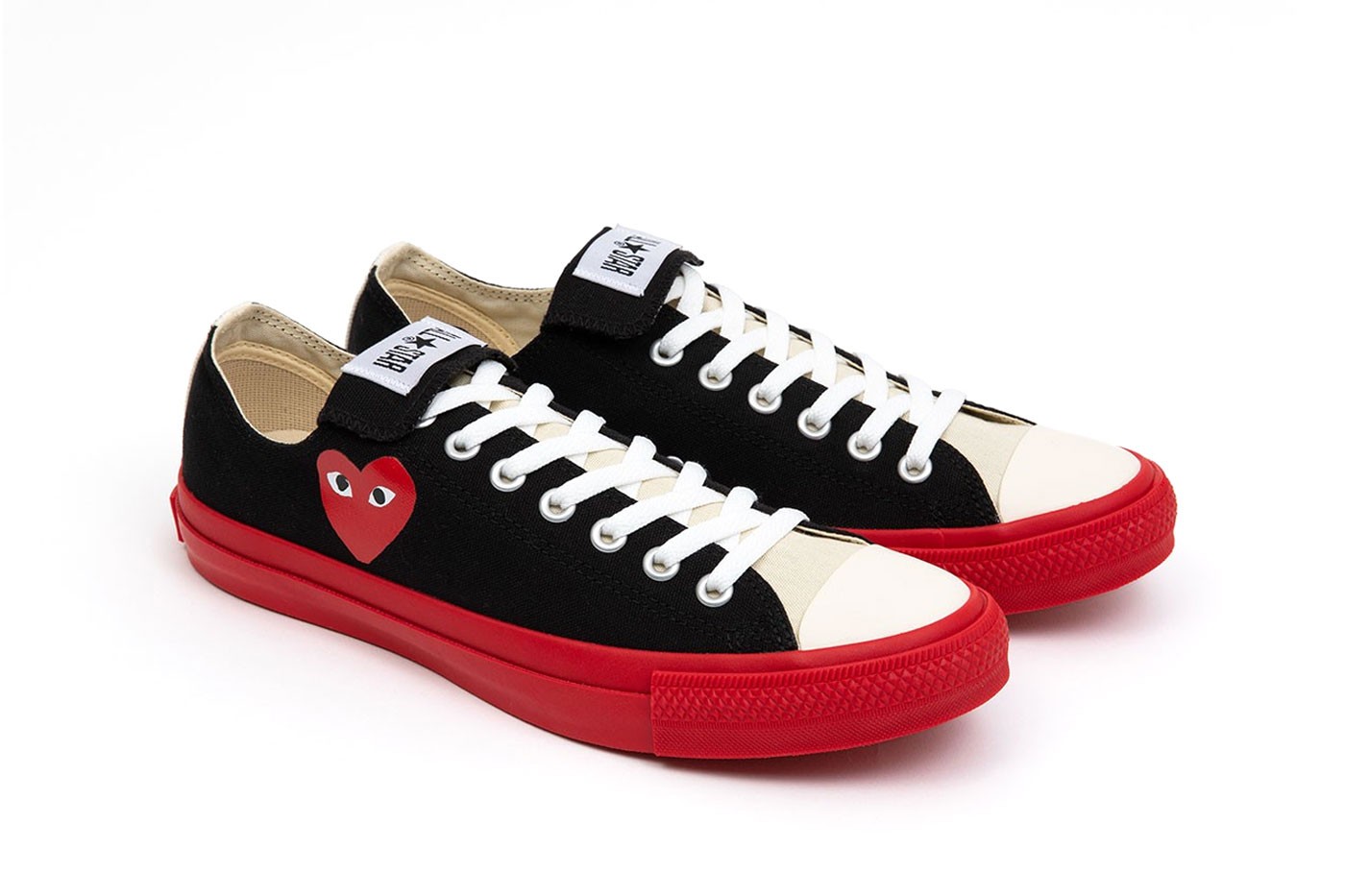 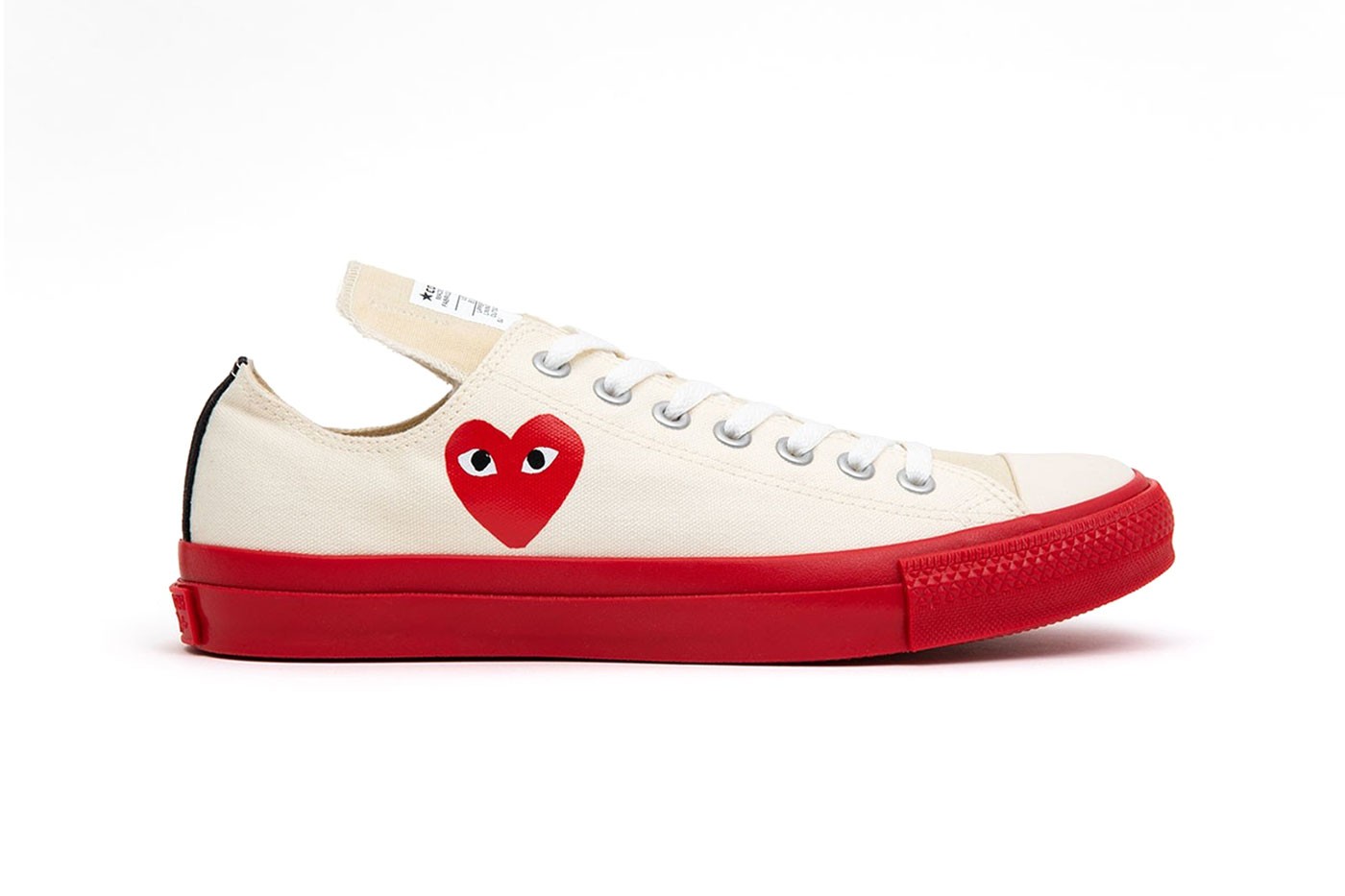 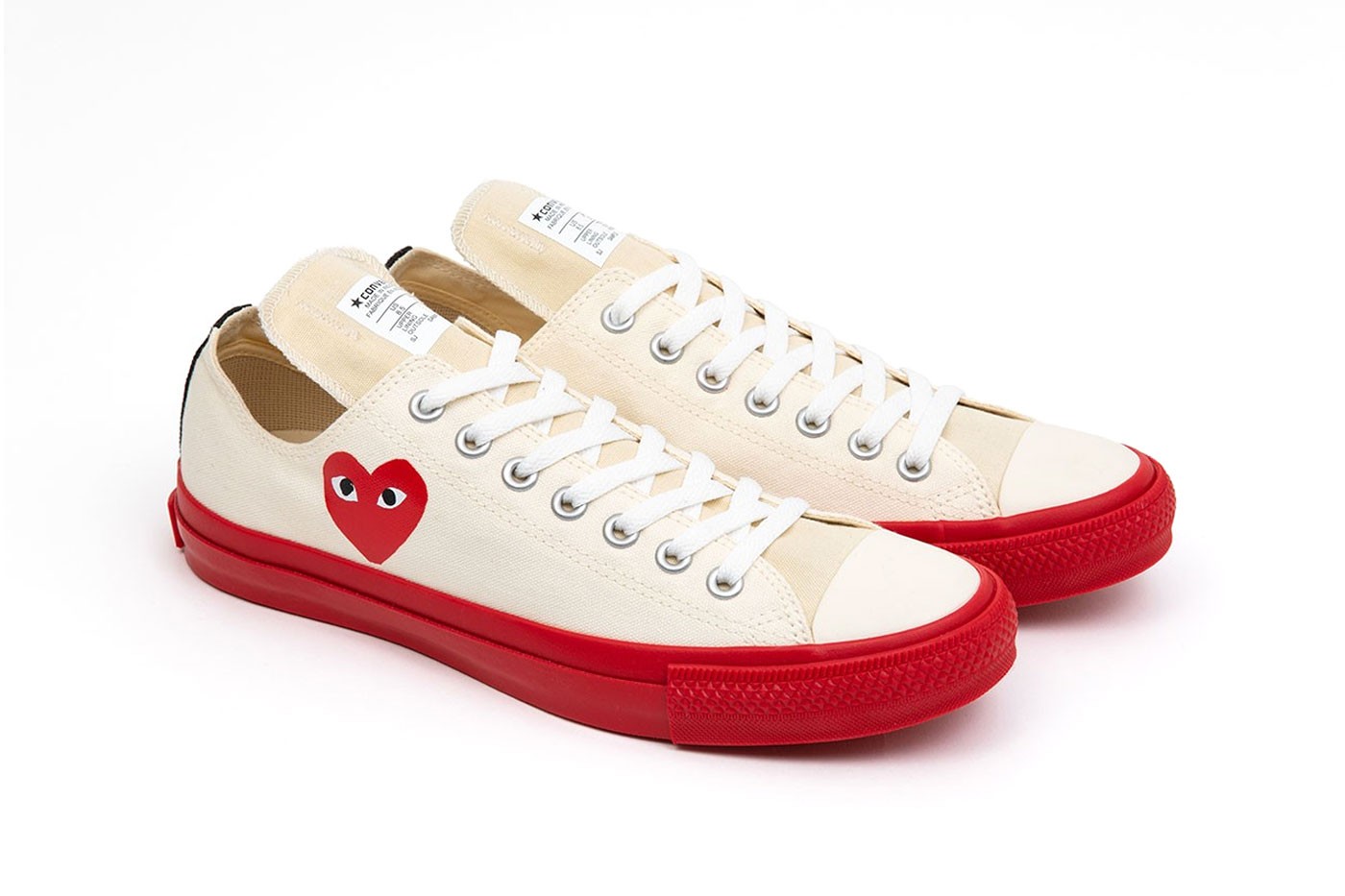