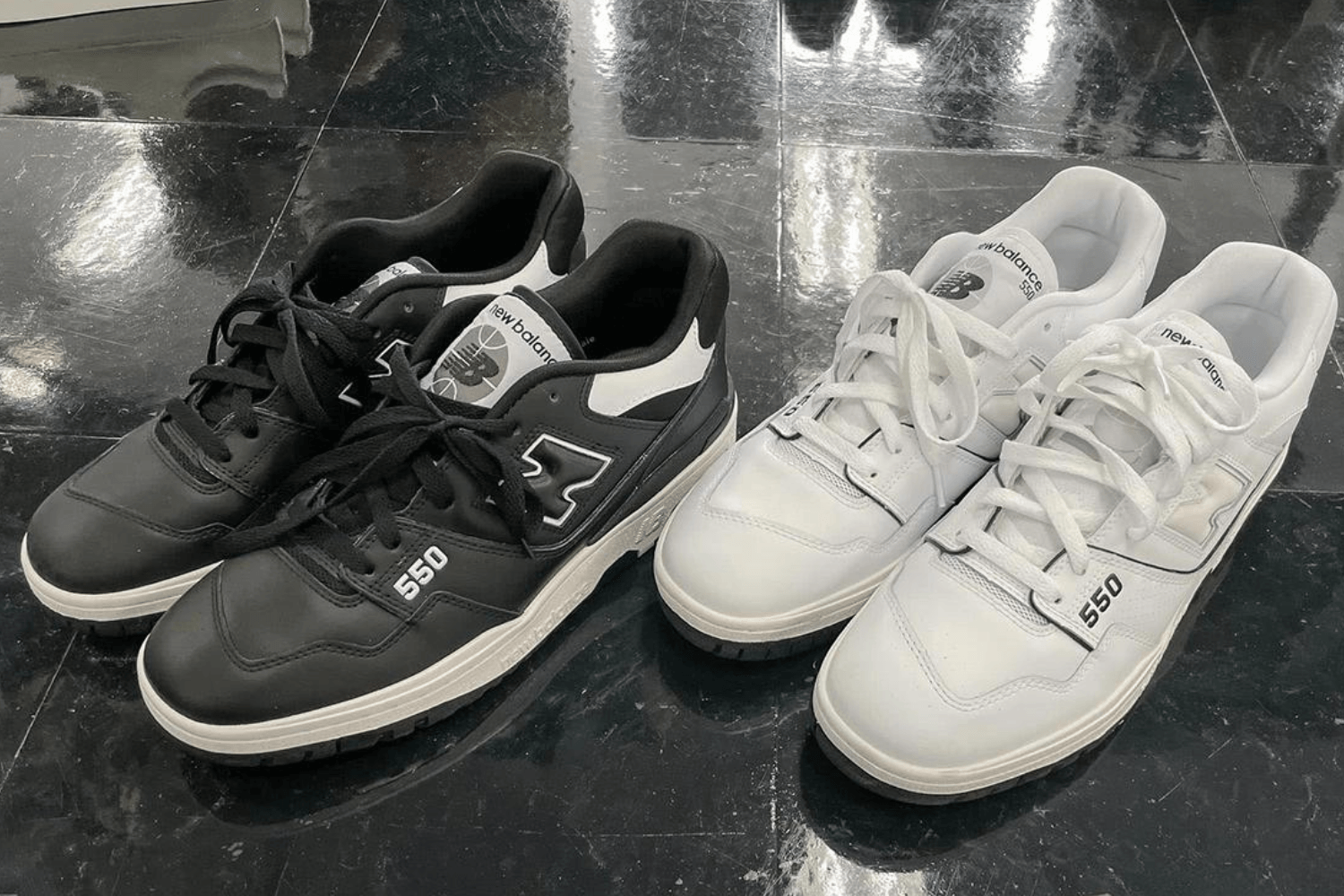 Comme des Garçons Homme teams up with New Balance and releases two colorways of the 550. Both colorways have a retro look and have received the CdGH logo on the heel. When the colorways will be released is still unknown. However, we can expect the pairs in 2022.

In late June 2022, the first images of the Comme des Garçons Homme x Nike Terminator were shared and now, about a week later, we see the first images of the CdGH x New Balance 550. The two names have been working together for some time, so the NB 550 collab is not entirely unexpected. The pairs were first seen at Comme des Garçons Homme's AW2022 show.

The New Balance 550 is back!- thats a fact. In 2020, Aime Leon Dore, the New York-based brand, breathed new life into the basketball silhouette. Since then, one hyped colorway followed another and now Comme des Garçons Homme is getting two variants of its own. The sneaker comes in a white and black colorway.

Both pairs received the CdGH logo on the heel and the N logo appears on the center panel. The upper of both pairs is made entirely of leather and the label on the tongue has been given the New Balance logo. The silhouette of a basketball can also be seen here and the number 550 appears on the toe as we know it.

Both colorways do not yet have a release date. However, we can expect the CdGH x New Balance 550 in 2022. Keep checking our release calendar and stay tuned for the latest releases. 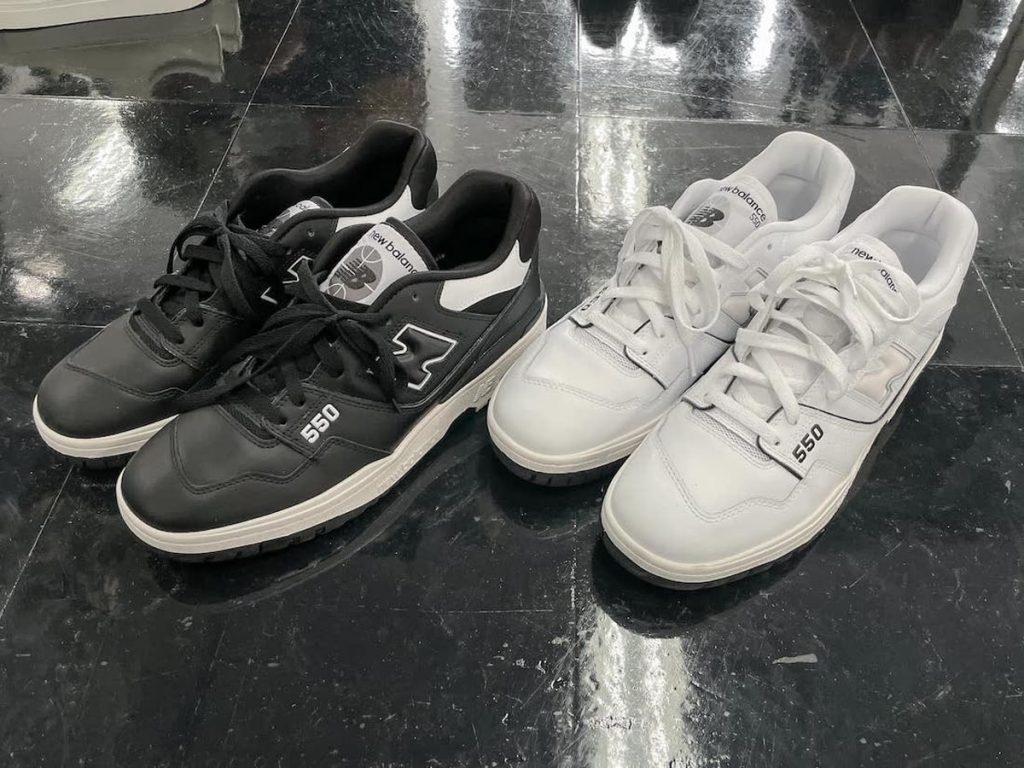 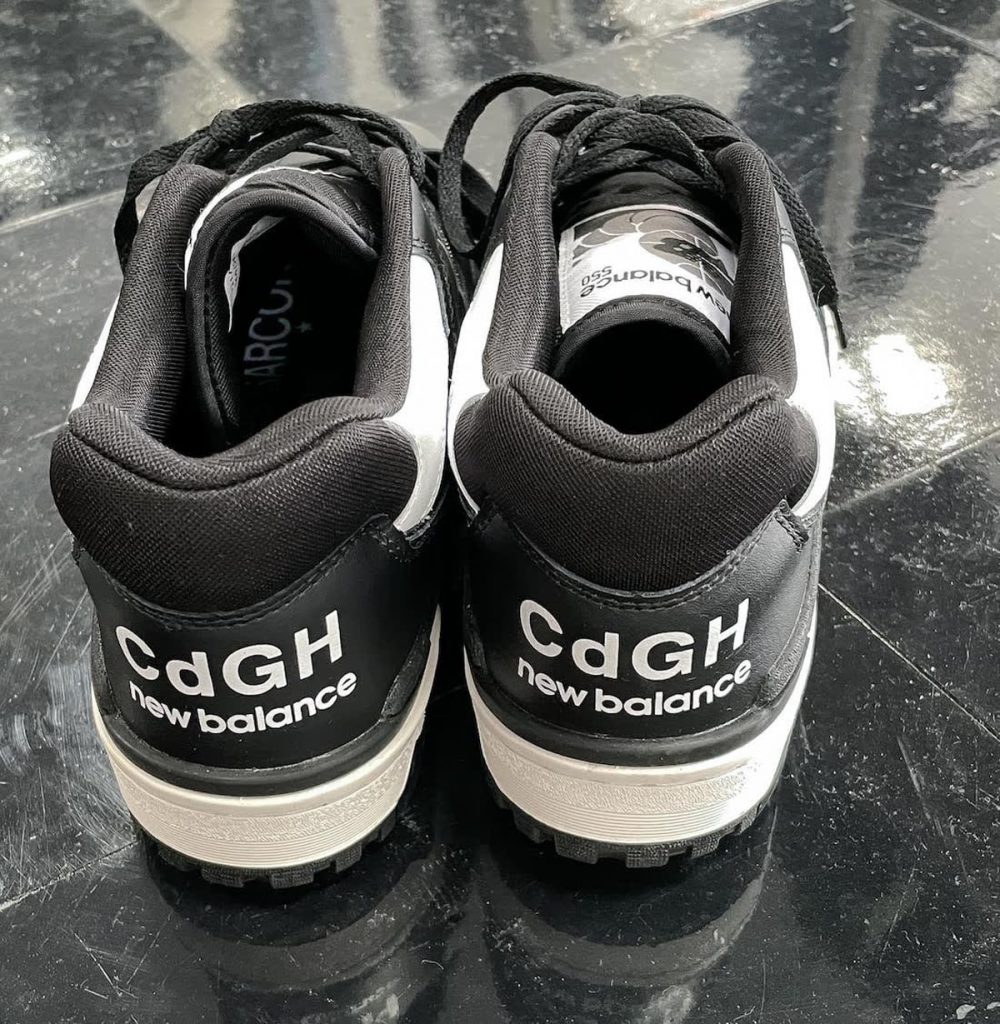