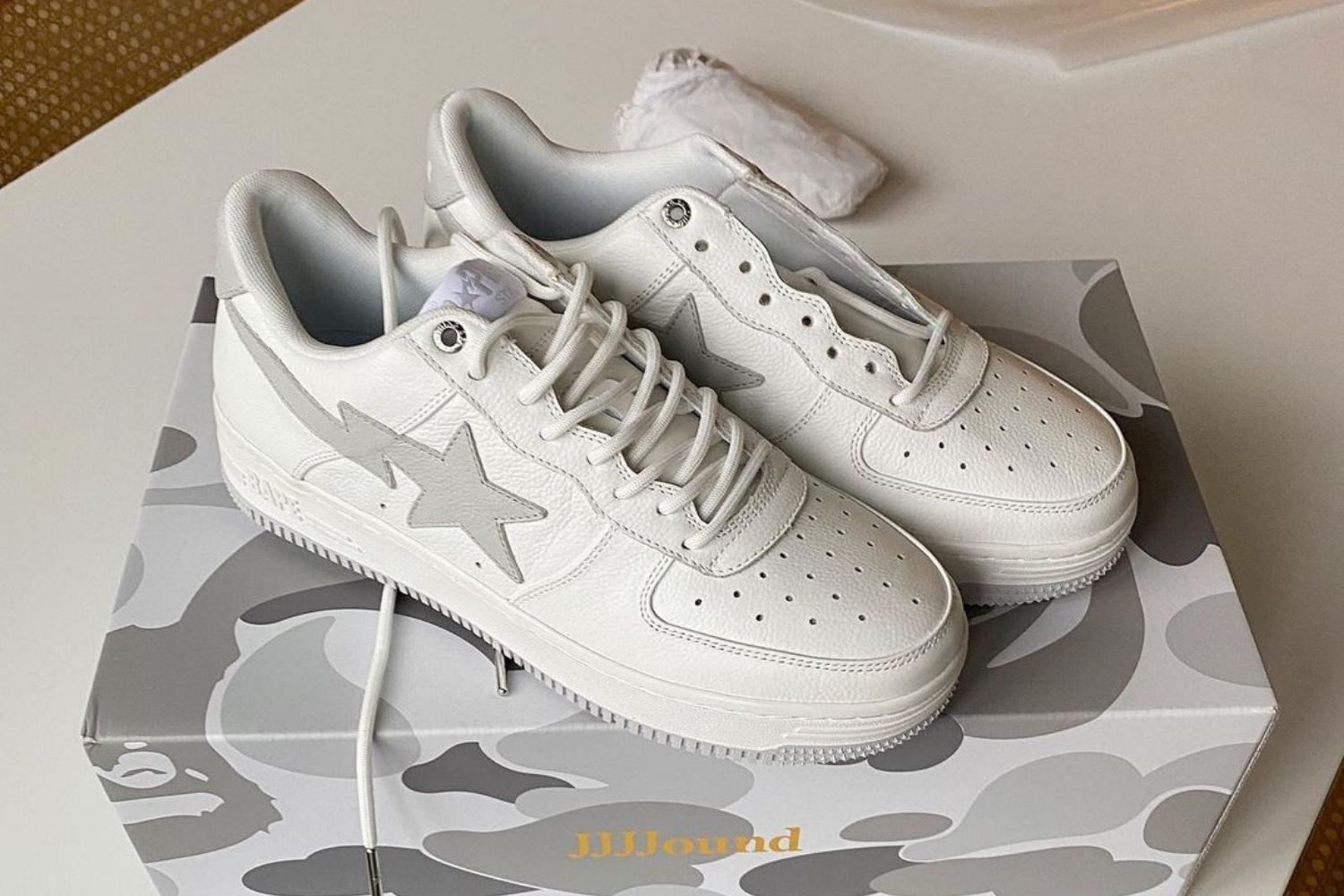 After their recent collaboration with New Balance, JJJound is releasing a new BAPE STA together with A Bathing Ape. The sneaker has a minimalist design.

JJJound was founded in 2006 by Justin Saunders as a personal blog. When creating the blogs, he focused mainly on images. In 2008, Justin removed the texts from his blogs and the collection of pictures became like a personal mood board for him.

Soon, JJJound's image-based blogs attracted a lot of attention. Justin was later brought in by The New York Times as a contributor for the men's styles for T Magazine. JJJound also worked on various projects with names such as Virgil Abloh, Heron Preston and New Balance.

Now Justin and his design team team up with A Bathing Ape to release the JJJound x BAPE STA. The sneaker has a minimalist design and has an off-white tone. The STA logo can be found on the middle panel and is coloured grey together with the heel tab and outsoles. The tongue features the A Bathing Ape logo and the upper eyestays are set in silver.

Furthermore, the kicks are delivered in a special shoe box. The box features the famous CAMO print of A Bathing Ape with a golden JJJound branding. The JJJound x A Bathing Ape BAPE STA will most likely be released in the spring of 2022. 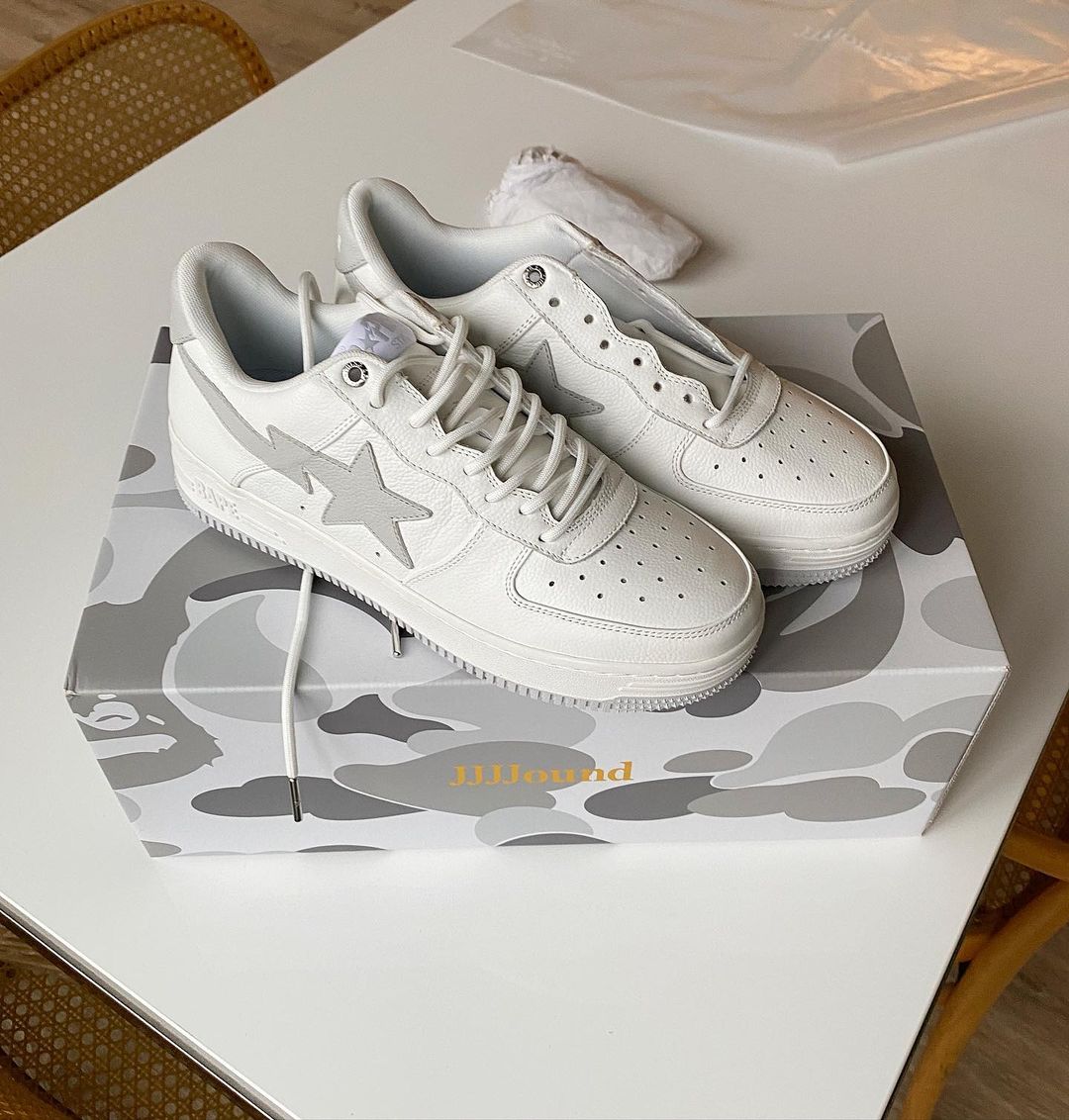