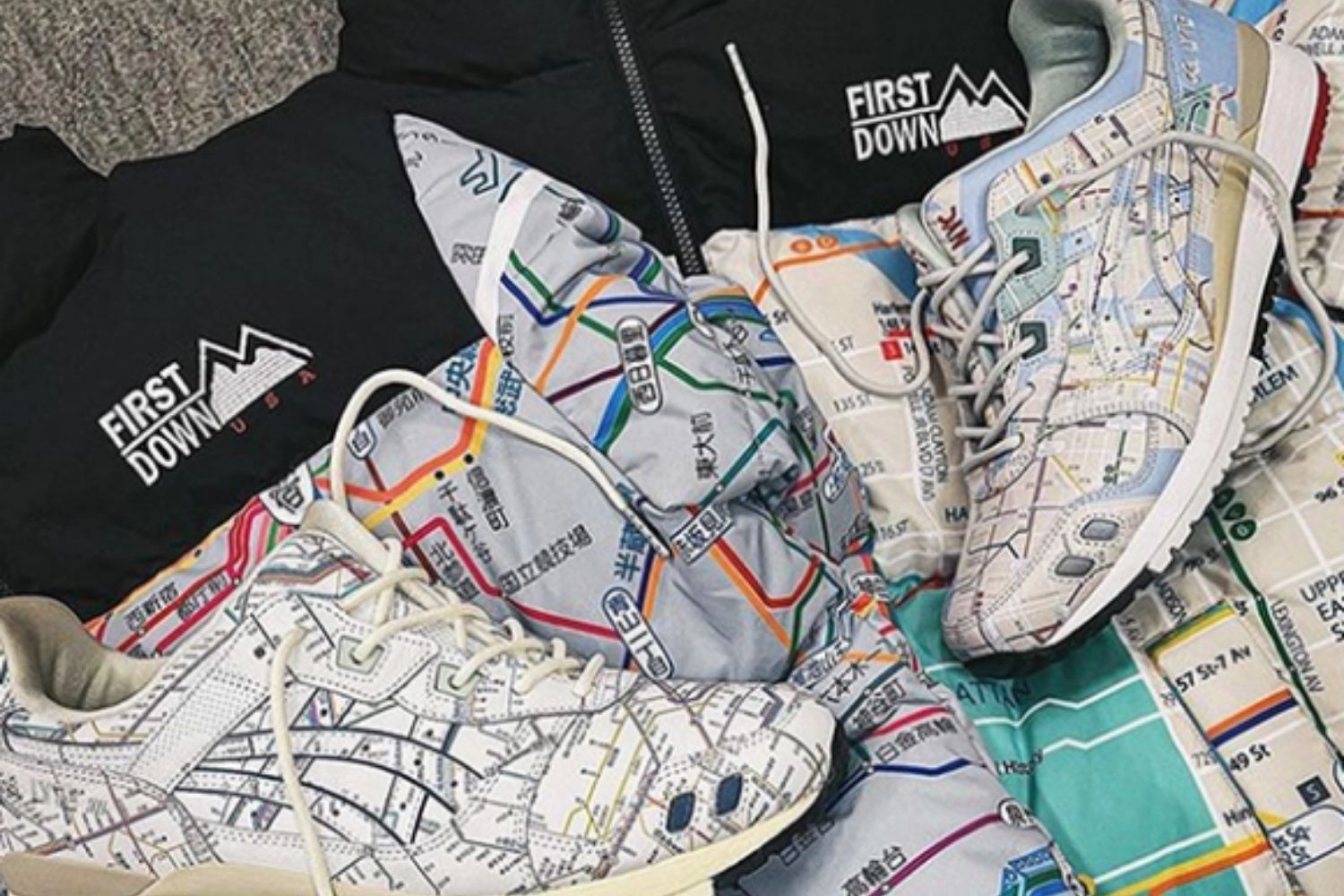 Together with Japanese sneaker boutique atmos, Asics releases two new pairs of the Gel Lyte 3. The pairs are part of the atmos x Asics Gel Lyte 3 Subway pack and are inspired by the underground maps of New York and Tokyo.

atmos was founded by Hidefumo Hommyo in 2000. Apart from selling sneakers and streetwear items, the brand also has its own label. atmos has grown over the years and has collaborated with brands such as Nike, adidas and Puma.

To complete your outfit, there are also matching puffer jackets in the collection. These jackets are from the brand 'First Down USA'. These items also feature the metro maps of New York and Tokyo, with the First Down USA brand logo stitched onto the chest.

New York and Tokyo are both known as fast-moving cities and have extensive transport systems. In addition, these two cities were deliberately chosen as they represent not only atmosphere, but also the Japanese brand 'First Down USA' from which the puffer jackets originate.

Unfortunately, the atmos x Asics Gel Lyte 3 Subway Pack has not yet received an official release date. Keep an eye on our release calendar to make sure you don't miss it!