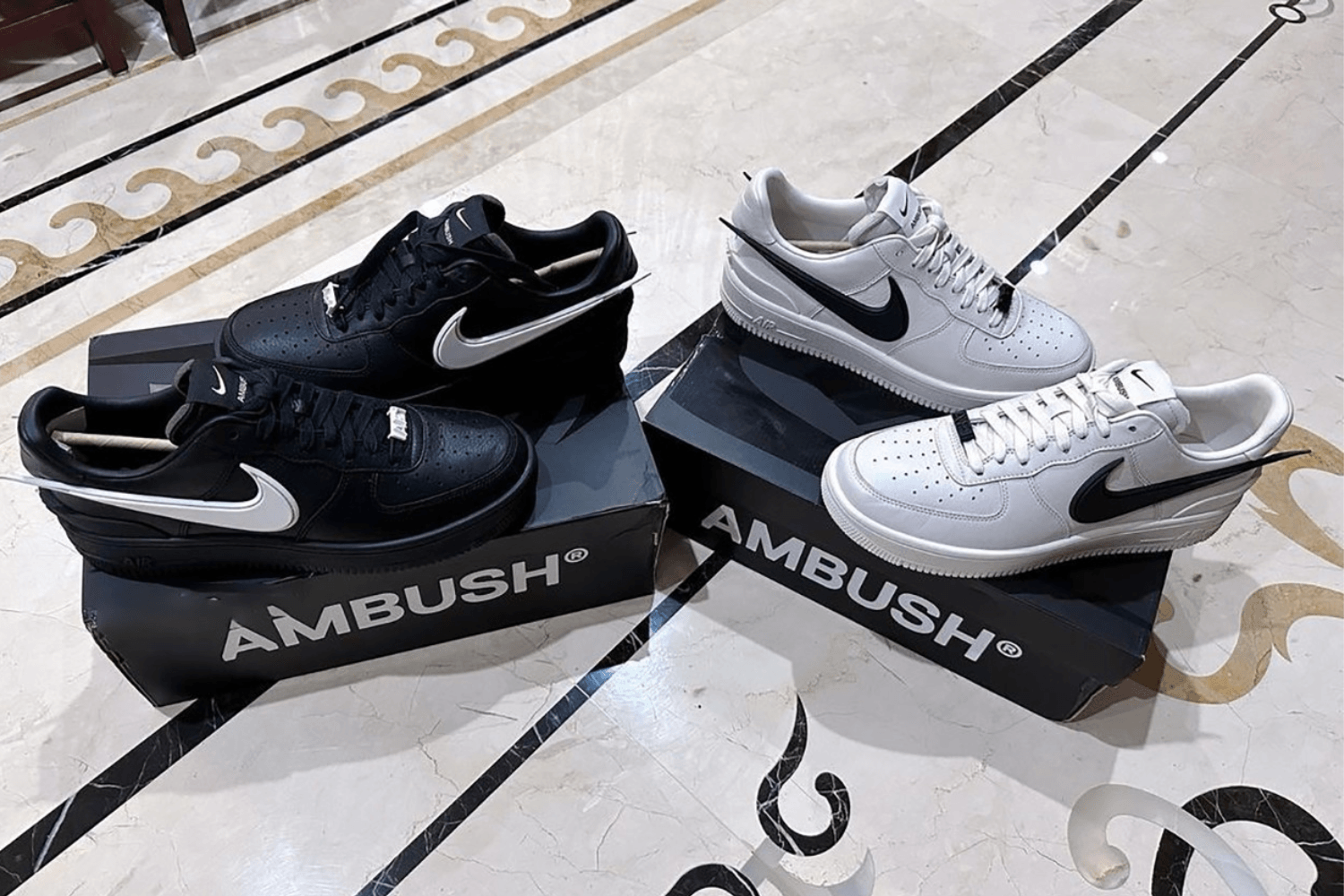 AMBUSH and Nike are teaming up again, dropping three colorways of the Air Force 1 Low soon. The sneaker will come in a 'White', 'Black' and 'Chicago' colorway. Exactly when the sneakers will be released is still unknown. However, we can expect the colorways in 2022.

Nike and AMBUSH are no strangers to each other. The two brands recently released two colorways of the Nike Air Adjust Force. This retro-looking silhouette had last been released in 1996 and was re-released in collaboration with AMBUSH in a 'Black' and 'Summit White' colorway. Now AMBUSH comes out with three colorways of the Air Force 1 Low.

The three colorways come in the familiar style of Yoon Ahn, founder of AMBUSH. For instance, the Swoosh on the centre panel has been given an enlarged look and protrudes at the heel. This is reminiscent of the Dunk High collab with AMBUSH from 2020 and 2021. The AMBUSH logo also appears on the heel of the three colorways.

The 'White' colorway, as the name suggests, colors white and has black details all over the design. In the 'Black' colorway, this is reversed and the black upper has white details, such as the Swoosh. The 'Chicago' colorway pays tribute to the well-known Nike colorway, which is a big hit mainly on the Air Jordan 1, and combines the colors red, white and black.

The tongue features the logos of both names. AMBUSH and Nike brandings also appear on the lace tags. On the midsole, the term 'AIR' is set, hinting at the technology used in the model.

When the three colorways of the AMBUSH x Nike Air Force 1 Low will be released is still unknown. However, we can expect the sneakers in 2022. Keep an eye on our release calendar for the latest updates and don't forget to follow Sneakerjagers on Instagram for the latest news. 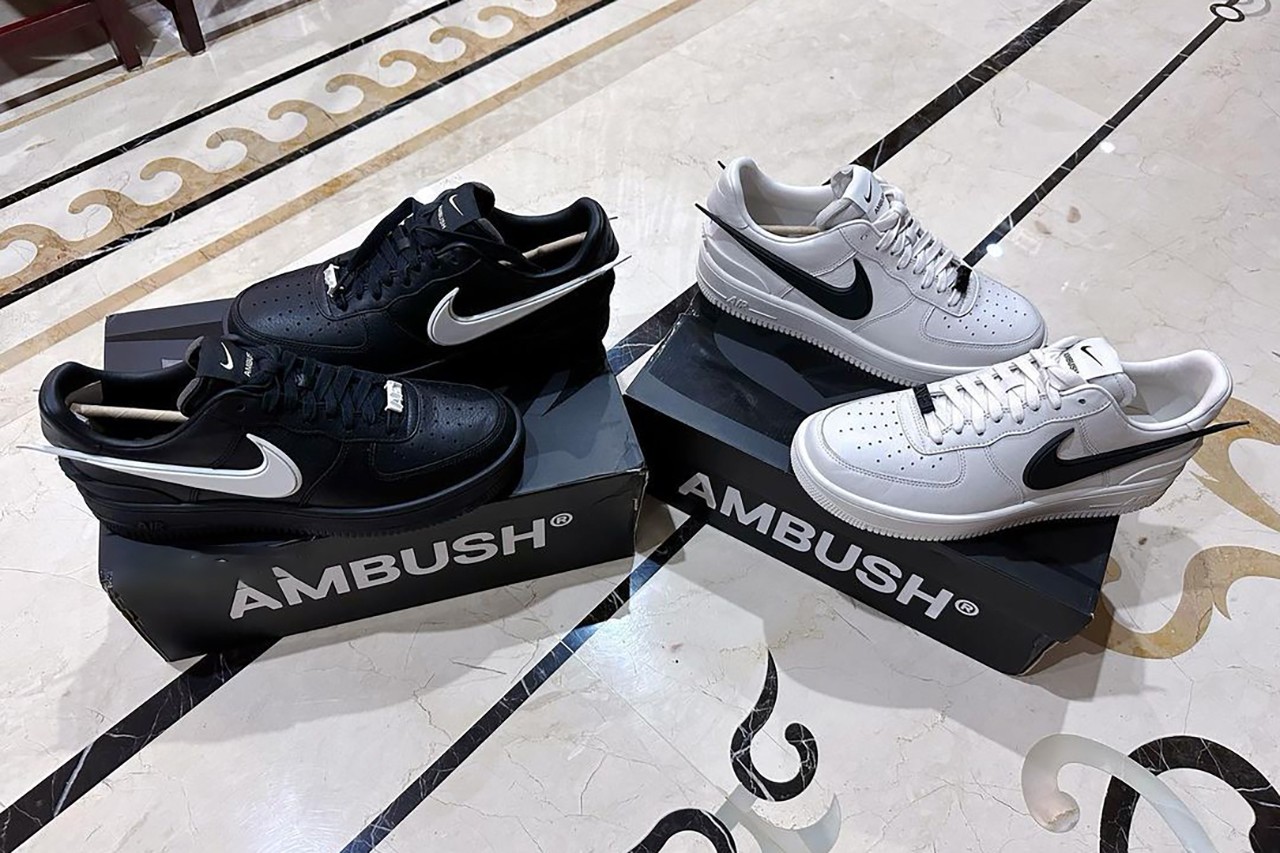 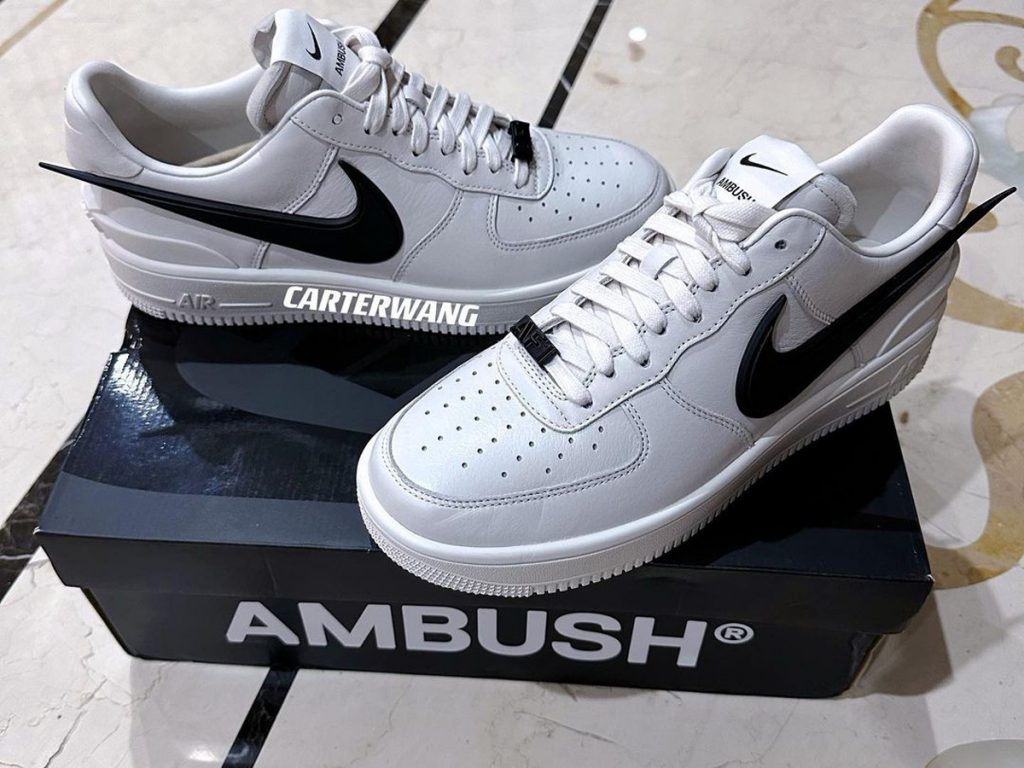 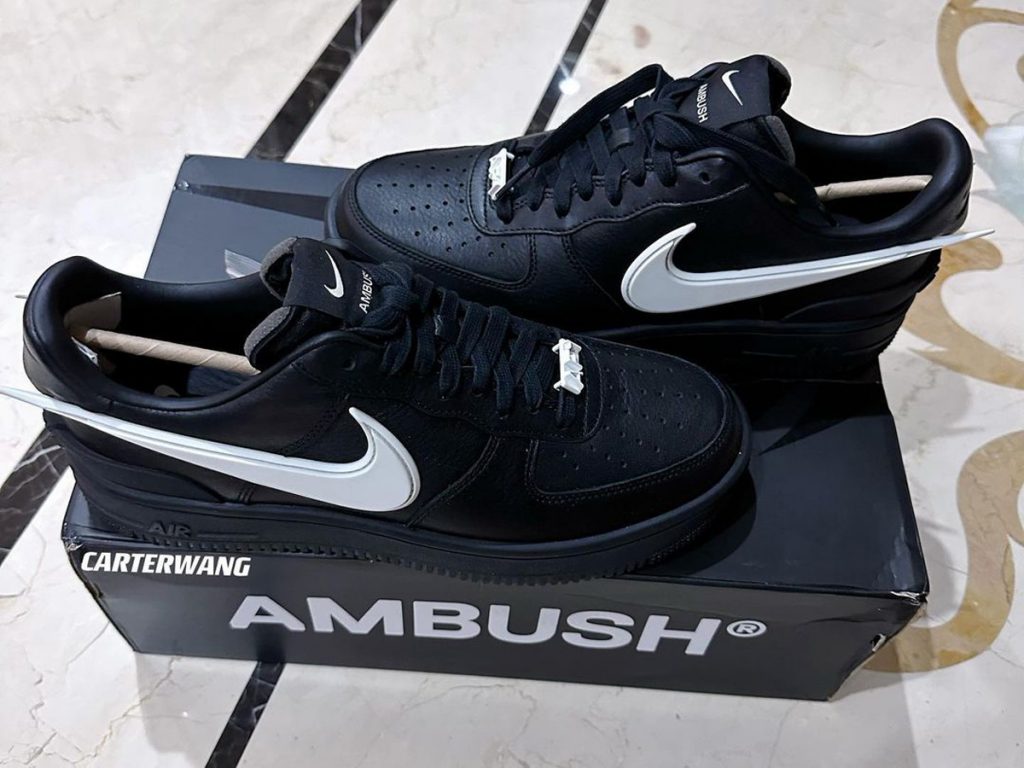 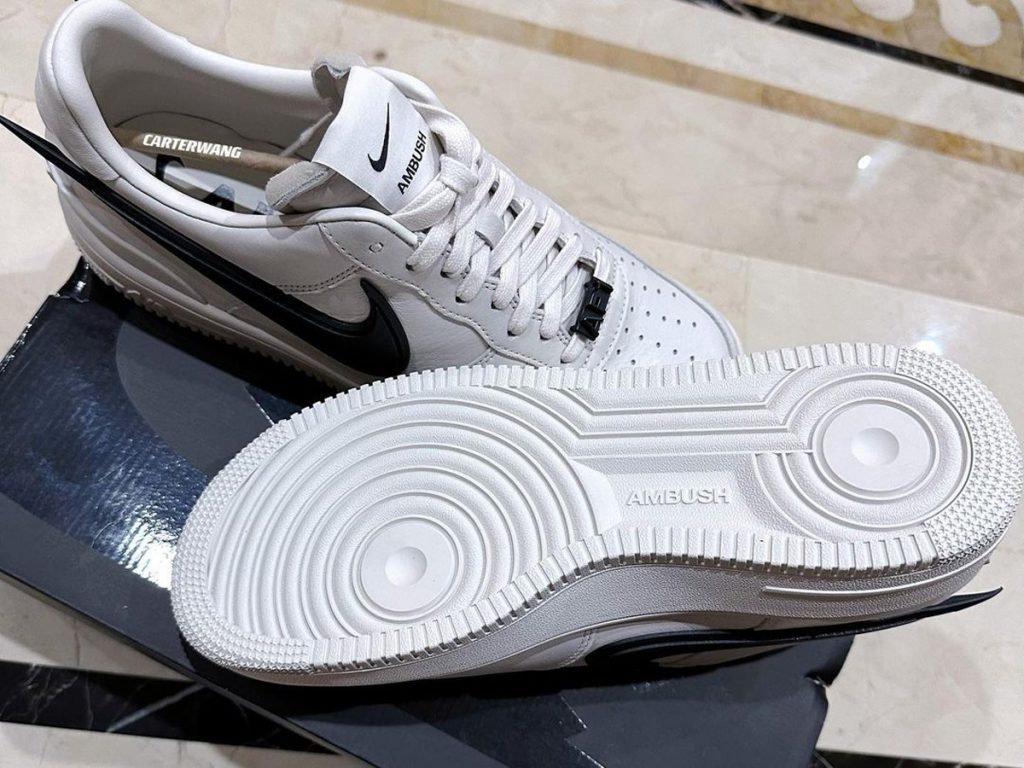 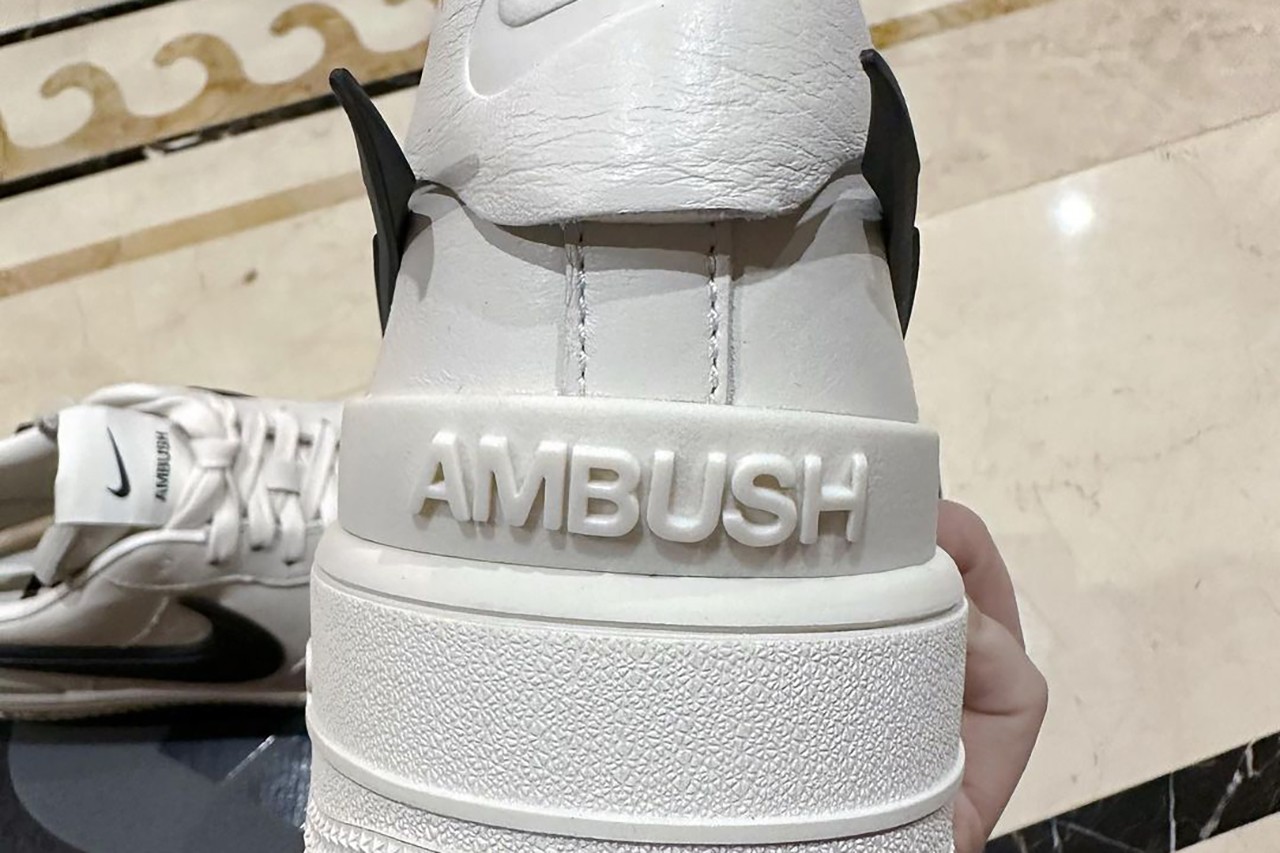 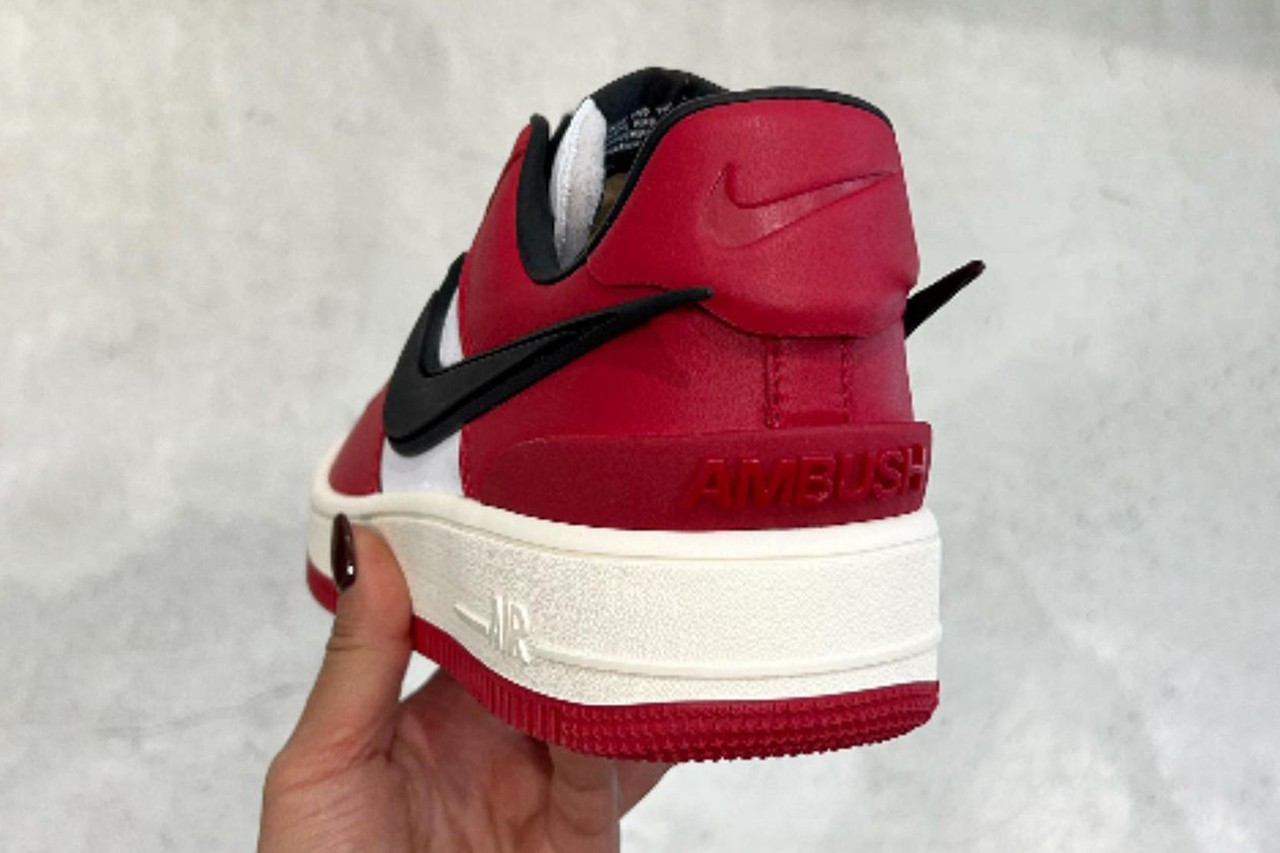 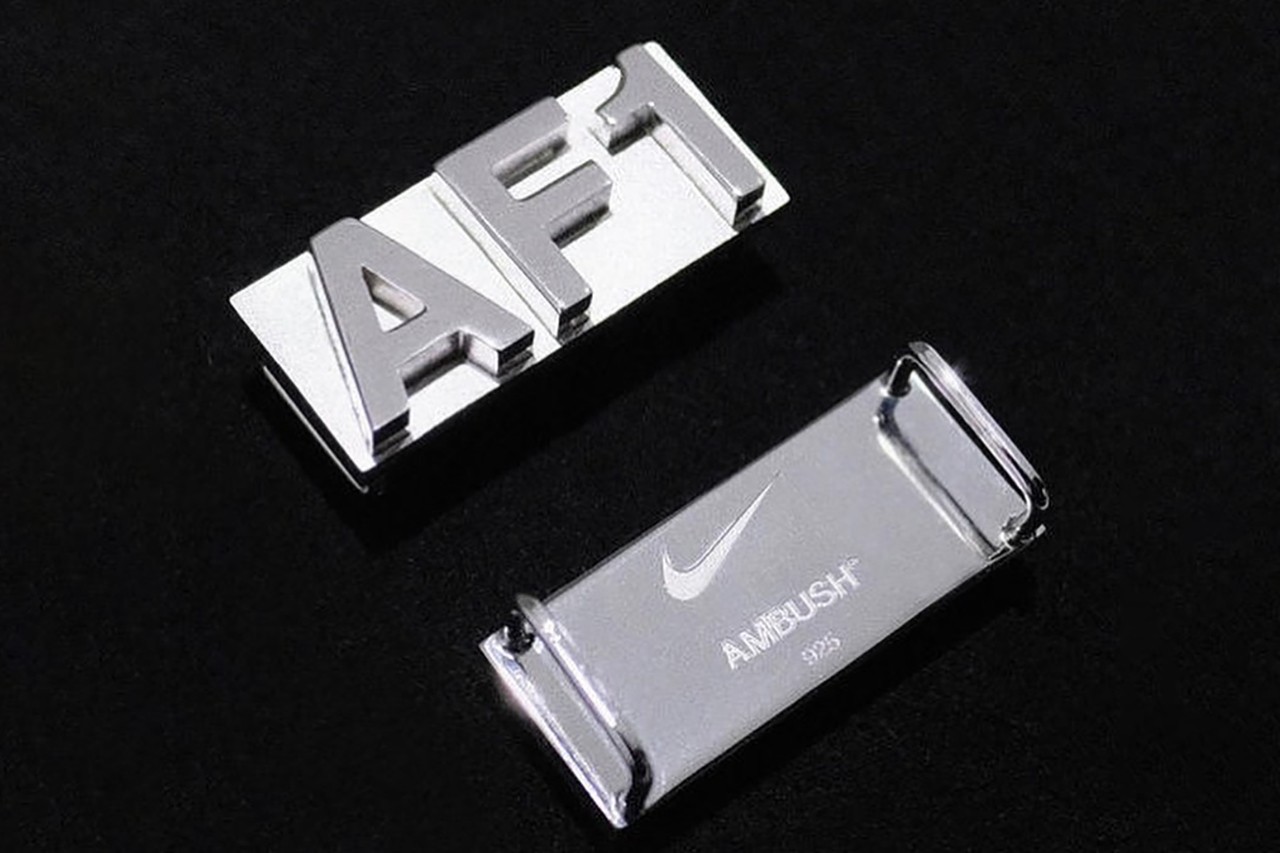