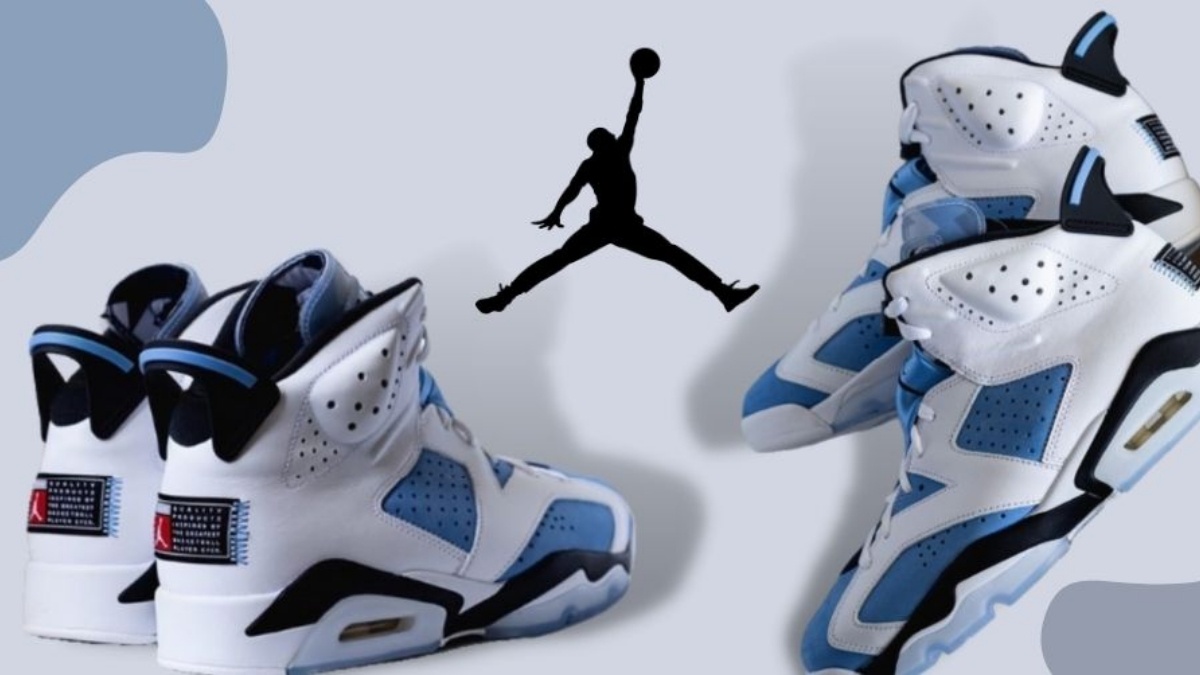 The Air Jordan 6 comes with a new colorway that has already appeared on several models and will be released in 2022.

The Air Jordan 6 was first released in 1991 and was designed as a basketball shoe. This is how basketball player Michael Jordan won his first NBA championship in this Nike model. In the past twenty years, this Jordan has had many different colorways and the 'UNC' is one we have been waiting for.

In Michael Jordan's basketball career, the player played three seasons at the University of North Carolina (UNC). The colours of the American school were white and university blue. These colours have been used in several Jordan models, such as the Air Jordan 1 and Retro 4.

The upper of the sneaker has been given the 'university blue' colour, as well as the tongue and details on the heel tab and sole. The overlays on the model are white. Perforation holes can be found on the middle panel. This helps the shoe to breathe.

The Jordan emblem is stitched on the heel and the Jumpman logo is on the tongue. The midsole has a black and white colour combination. The outsole has a translucent icy blue colour.

The exact release date of this sneaker is still unknown. However, we assume it will be released in 2022. Keep an eye on our release calendar to not miss this drop and other sneaker releases. Also don't forget to follow us on Instagram, Facebook and Twitter and stay informed of all the latest updates and news items.