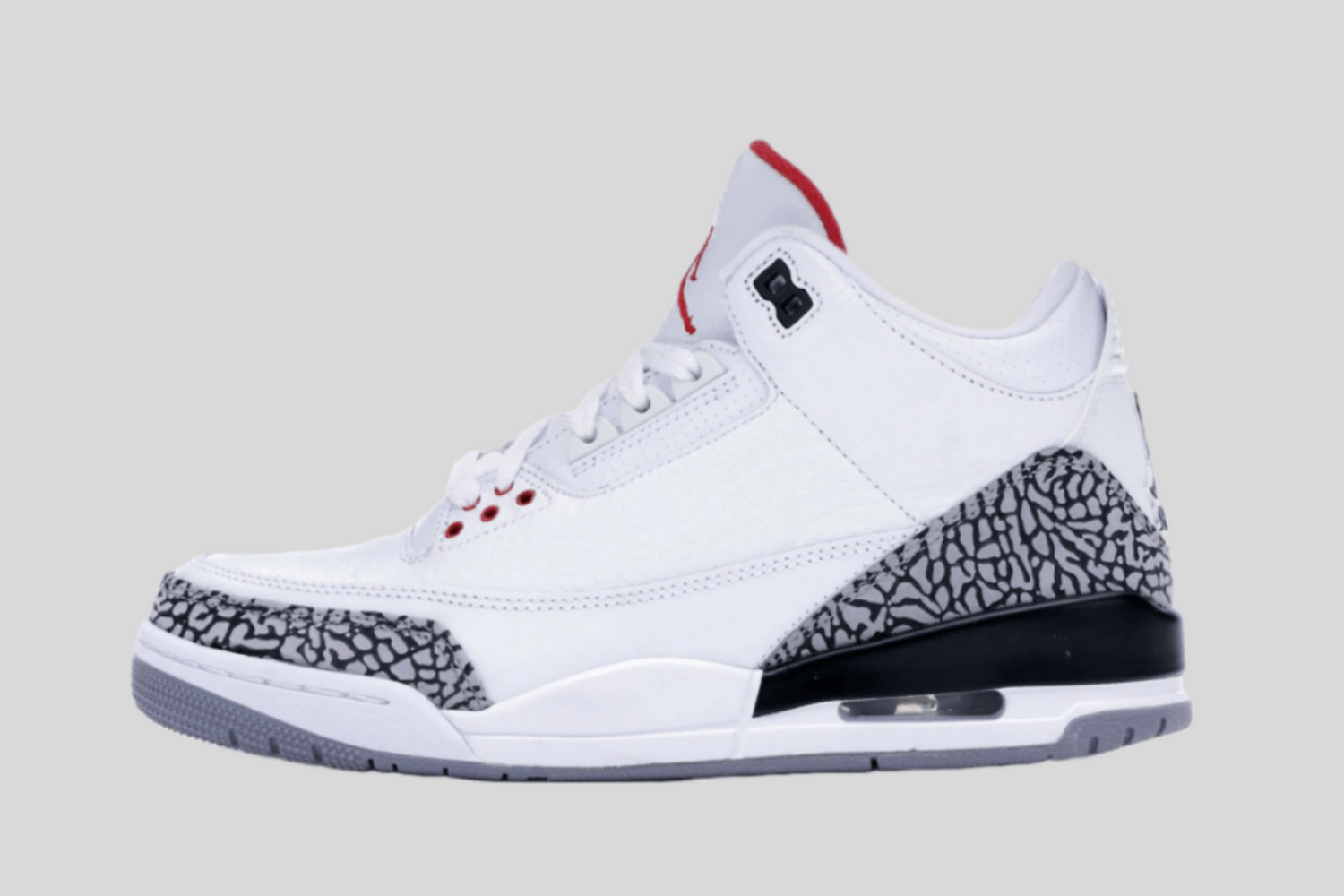 The well-known Air Jordan 3 'White Cement' makes its comeback in 2023. The Nike model celebrates its 35th Anniversary in 2023 and does so with the comeback of this iconic colorway. When exactly the 'White Cement' will be released is still unknown.

The 'White Cement' is perhaps one of the most famous colorways of the Air Jordan 3. The Air Jordan 3 model was first introduced in 1988. The sneaker was designed by Tinker Hatfield, well-known designer at Nike. This was also the first Air Jordan to feature an Air Unit.

In recent years, the model has received several colorways, including the 'White Cement'. This pair features the famous 'elephant print' on the mudguard. This pattern has become characteristic of the Air Jordan 3 and also appeared on colorways such as the 'Black Cement' and the 'True Blue'.

Now, the 'White Cement' is making its return and the sneaker will be re-released in 2023. The sneaker has a white upper and has red details on the tongue. The mudguard is coloured grey and has the elephant print. On the tongue the Jumpman logo is put and colours red here.

The lacing eyelets have also been given a red colour and give the sneaker a striking twist. On the heel, the Nike Air logo is set. No official images of the new variant have surfaced yet, but most likely this classic will retain its familiar look. The photo below is a mock-up and shows what the model will likely look like.

We can expect the Air Jordan 3 'White Cement' in early 2023. The model will also be dropped in full-family sizing. Keep an eye on our news page and stay up-to-date. 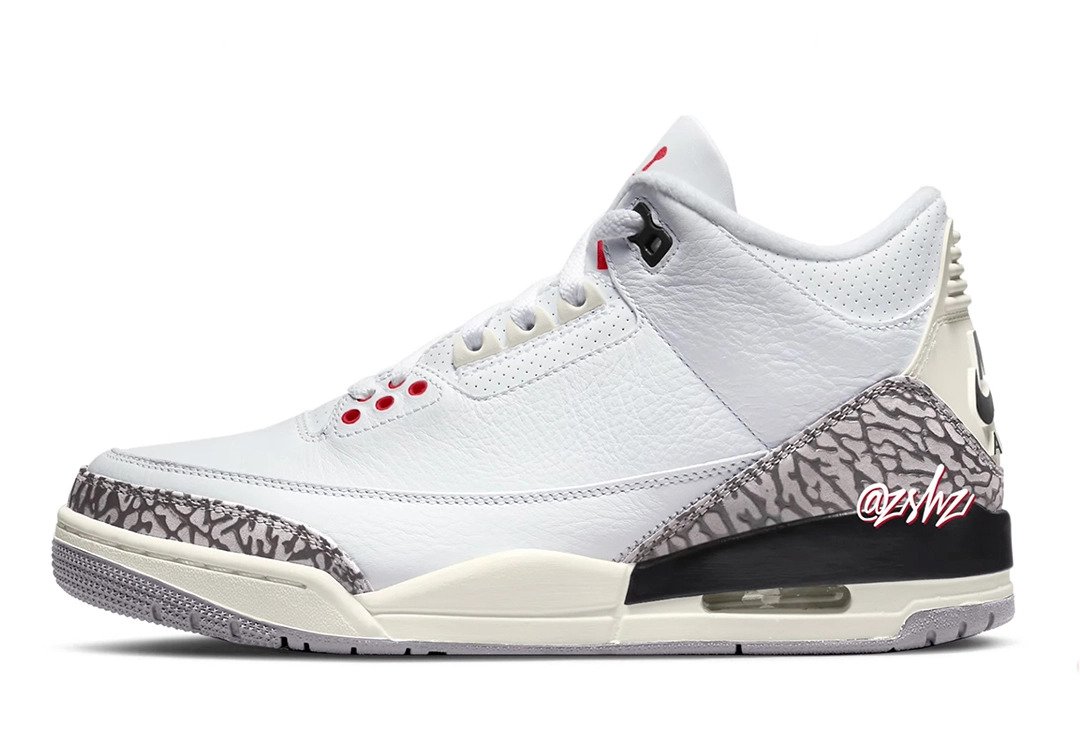