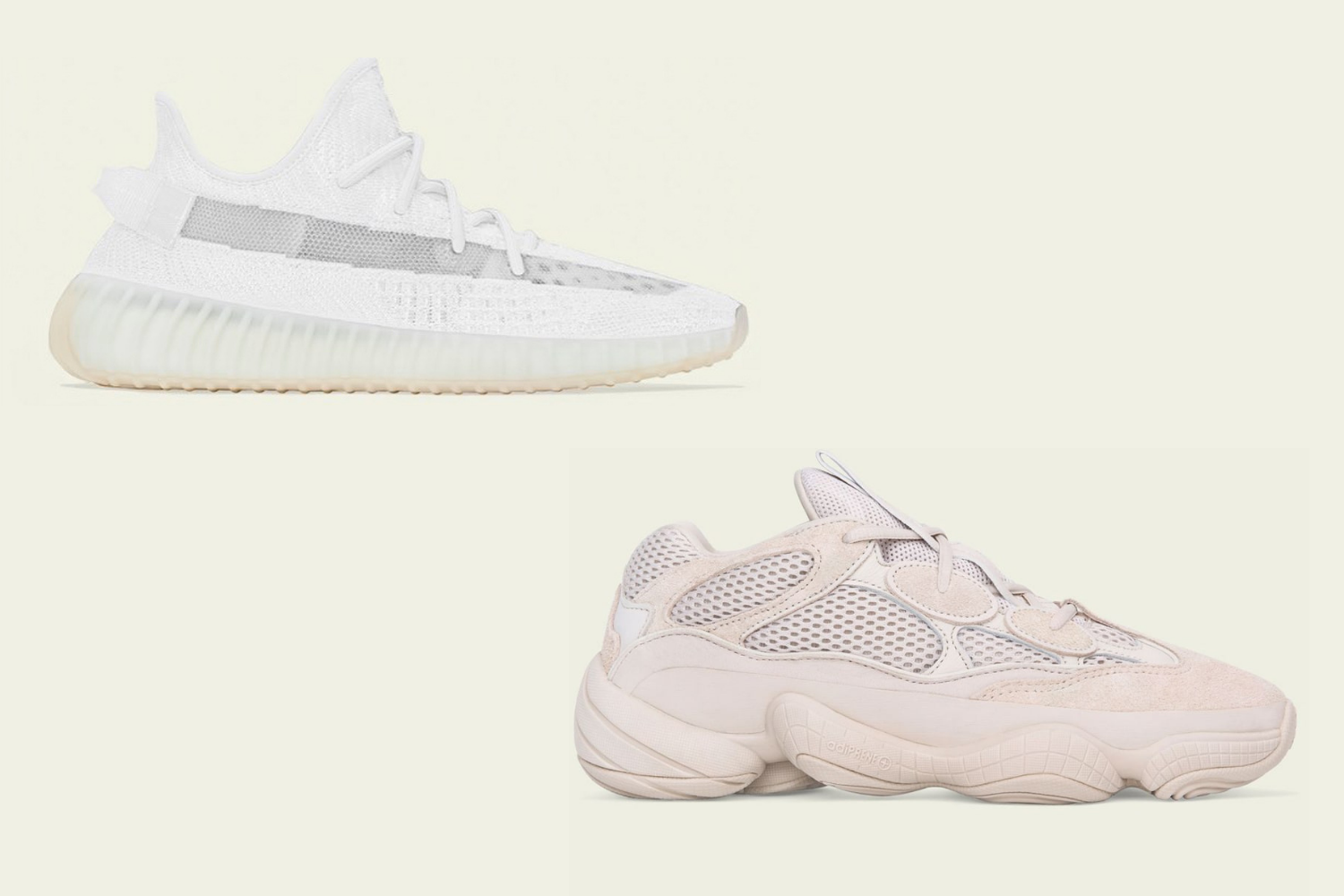 In 2021, we will have a lot of special adidas YEEZY release dates. From restocks of old favourites to special new models. Think for example of the restock of the YEEZY BOOST 700 OG 'Wave Runner' or the different colorways on the YEEZY Slides. The year 2022 is also expected to be full of special releases.

The restock of the YEEZY 500 'Blush' was originally scheduled for the fall of 2021, due to COVID the pair has been delayed. It is expected that the restock of this light colorway will finally take place in January 2022. As we have come to expect from the 500 model, the trainer is completely covered in one colour: in this case in a beige 'Blush' shade.

The YEEZY Knit Runner 'Stone Carbon' succeeds the first 'Sulphur' colorway, which was released exclusively in the US earlier in 2021. This grey variant is expected to be released internationally. The sockliner has been given another light brown colour that resembles the original shades of the OG colorway. The lower half of the model has been given a greyish 'Stone Carbon' hue.

The YEEZY 'MX Blue' is the third colorway in the series featuring a marble-like pattern on the upper. This 'MX Blue' variant succeeds the previously dropped 'MX Oat' and 'MX Rock'. The new sneaker features different shades of blue mixed with yellowish and greenish colours.

Also in 2022, four different colorways of the adidas YEEZY 700 MNVN model will drop throughout the year. The colours have been given light, pastel shades, making them perfect for spring. The sneakers are expected to have different release dates.

The adidas YEEZY Boost 350 v2 'Dazzling Blue' is reminiscent of the early years of YEEZY. The sneaker features the familiar Primknit pattern with a black base. The striking, bright blue stripe on the upper immediately draws attention.

The YEEZY 350 v2 'Cotton White', which will probably be released in the spring of 2021, is very similar to the 'Cloud White' variant. Again, different shades of white and beige can be seen on the shoe.

There are rumours that the popular adidas YEEZY Boost 700 v2 'Static' will get a restock in 2022. There are still few details about this restock. However, it is expected that this pair will sell out quickly.

We have seen many YEEZY Slides that have been dropped in a plain colour. Gradually, YEEZY seems to be experimenting more and more with different colours and patterns on the slide. Think of the 'Ochre' colorway that contained a subtle pattern of multiple colours. The adidas YEEZY Slide 'MX' will probably get a striking pattern. We still have to wait for the official pictures.