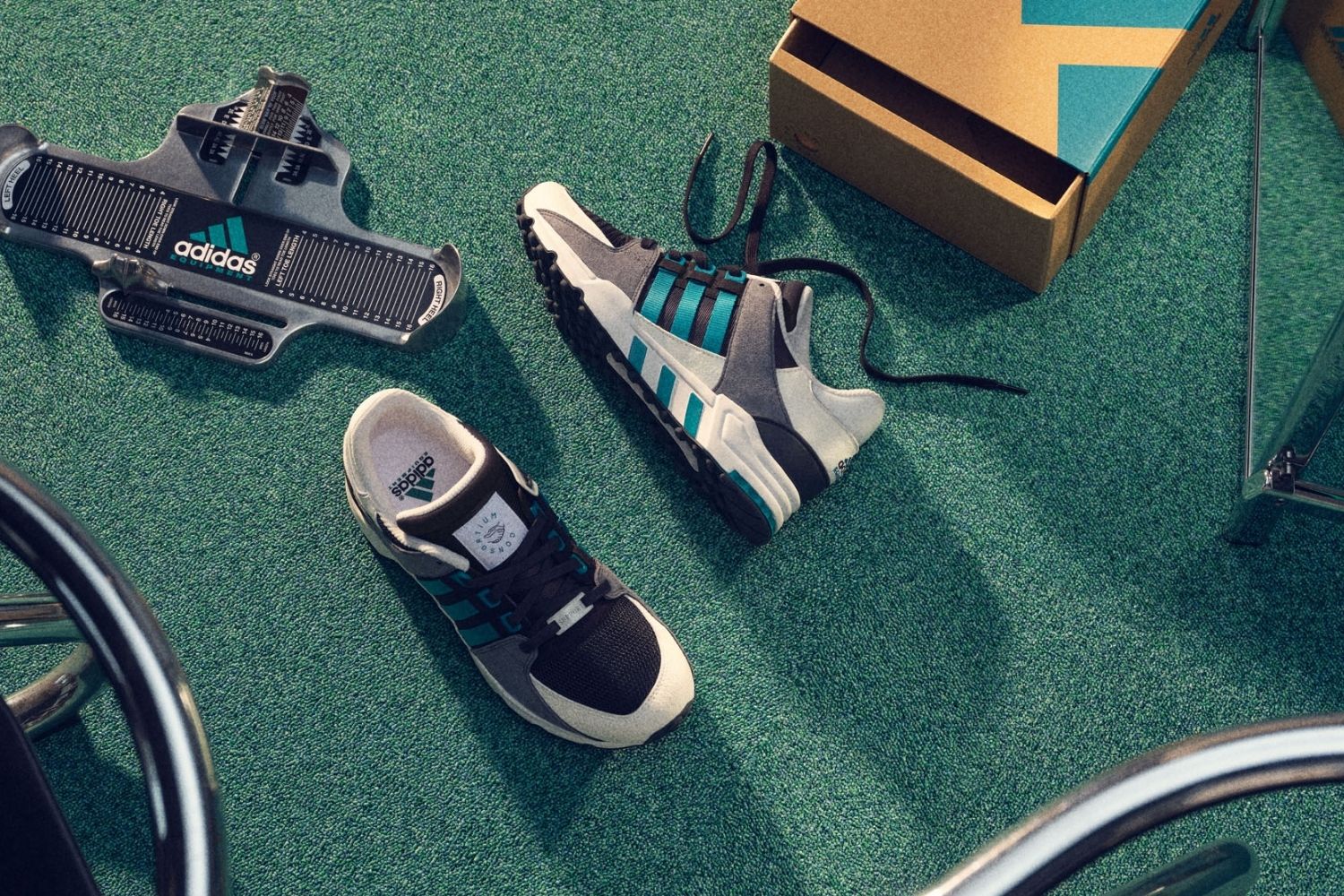 The 30th Anniversary pack of adidas EQT will be released soon. In it, four classic pairs get a new variant and all share the same colour scheme. The pack will be released on 3 November 2021.

The EQT (Equipment) collection by adidas is celebrating its 30th anniversary this year. This adidas Originals was first released in 1991 and came in the colours grey, white and 'Sub Green'. The EQT line was designed by Robert Strasser and Peter Moore. With the EQT line adidas wanted to focus on everything that was important in a sneaker. They have adapted this part by part.

Also, with the EQT line, the two figures wanted to combine sport and style in their designs. In the 90s, adidas was a well-known brand in the field of sports shoes. In the Equipment line, adidas wanted to make the pairs not only functional, but also stylish. The sneakers not only had to support the athlete and be well built, they also had to look chic.

The first pairs from the line came in the familiar green colour. The sneakers had a minimalist look and combined quiet colours. The middle panel featured the three iconic adidas stripes.

In addition to the focus on the sleek design, the shoes also focused on improving sports performance. Thus, the shoes in the line could be worn for all kinds of different sports.

In the 30th Anniversary pack, the original pairs get a makeover. The Support, Race Walk, Cushion and Prototype models get a new look that takes inspiration from the first EQT sneakers. The original silhouette is preserved and the colour 'Sub Green' is also back on the models.

The adidas EQT Support 93 is the first model in the pack. The sneaker combines the colours off-white, black and grey in the upper. The upper is made of mesh and the suede overlays are grey and off-white. On the three stripes on the middle panel, the 'Sub Green' colour returns. The colour is also found on the eyestays and on the midsole.

The adidas CSG EQT 91 combines the same colours but has been given a somewhat lighter look. The upper is white and the overlays are grey and off-white. The model also has the Torsion technology in the midsole. The EQT Race Walk has the most retro look of all four pairs and is off-white in colour. The three adidas stripes also turn green on this pair.

Available at 9 webshops
View all retailers

The last model in the pack is the adidas EQT Prototype. In contrast to the Race Walk, this model has a somewhat futuristic look. The three stripes on the middle panel have been replaced by triangle-shaped synthetic material overlays. However, the model retains the iconic colours that can also be seen in the rest of the pack.

Over the past 30 years, the sneaker has become a popular model both on and off the sports field. The classic colorway gives the pair a retro look and the logos on the heel and tongue remain untouched. The term 'Equipment' is also stitched under the logo on all four models.

In addition to the four colorways, the stores Footpatrol, Overkill, atmos and Hanon are also making their own version of the sneaker. Following the Anniversary pack, adidas has also launched its own 'Life Needs Equipment' website. On it, the models designed by the aforementioned shops are here to buy.

The four adidas EQT 30th Anniversary pairs will be released on 3 November 2021.