Adidas and Pixar come up with a Monsters, Inc. sneaker collection 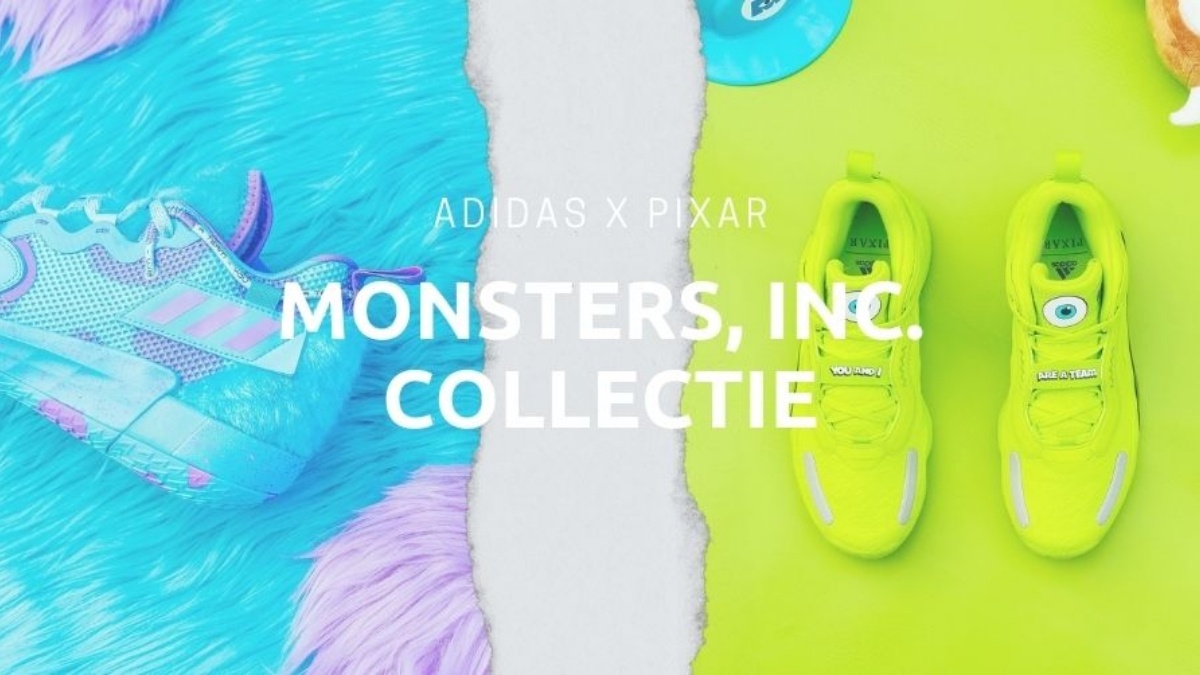 adidas and Pixar are releasing the Monsters, Inc. collection together. The two brands celebrate the 20th anniversary of the classic Monsters, Inc. film by giving the shoes in this collection a monster makeover.

About the Monsters, Inc. film

Monsters, Inc. is an American animated film that was first shown in 2001. The story partly takes place in the monster world, where the Monsters and co. factory is central. Here, energy is generated to keep everything in the monster world running. In order to generate energy for the factory, the monsters collect cries of fear from small children.

The monsters enter the human world through different doors, where they try to scare the children in the bedrooms. One day, a little girl follows one of the monsters into their world. The monster Sully, together with his best friend Mike Wazowski, tries to keep the girl hidden until the two monsters can bring her back to the human world.

To celebrate the anniversary of the monster movie, the two brands have released a creepy collection. This collection consists of a number of items based on the monsters from the film.

The first item from the collaboration is a new pair from the D.O.N. Issue #3. This sneaker is based on the green monster Mike Wazowski. The silhouette is completely green, with a few black elements.

The colour black can be found on the three stripes on the side of the heel and on the accentuated midsole. Furthermore, Mike Wazowski's eye can be found on the tongue of the silhouette. Over the laces is an elastic band, on which the phrase "You and I are a team" is written in white.

Pixar is also adding a monster to the Dame 7. The pair takes its inspiration from the big monster named Sully. The upper of the model is made of different materials. The base is made of mesh, over which you will find overlays made of leather. These are placed on the mudguard and around the laces. The heel is made of fur and refers to Sully's furry coat.

Sully's coat is blue, with purple spots. Pixar takes this detail to the colour scheme of the silhouette. Thus, the base of the trainer is blue, on which purple spots can be found on the upper and on the outsole. The midsole is blue with purple speckles.

Furthermore, the tongue is finished with a purple edge. On the side of the sneaker you can find the three adidas stripes in purple. The text "You and I are a team" is also written in white on this pair. Therefore, the pair matches perfectly with the Mike Wazowski D.O.N Issue #3 and the friendship between the two monsters can be found on these pairs.

One of the best moments of the animated film is the iconic sock scene of the monster George. After George successfully fills an energy tank with a child's cry of anguish, the monster accidentally brings a sock into the monster's world. Watch the scene below.

George, too, gets his own pair of the adidas Forum Low. The upper of the model consists of different shades of orange.

The base is made of leather. The toebox, the three adidas stripes and the small elements next to the laces and on the heel are made of fur. These refer to the hairy fur of the monster.

The silhouette also features a white midsole and orange outsole that match the upper.

Next we have the Mike Wazowski T-shirt. The shirt shows Mike leaning against an energy tank and spinning a basketball on his finger. Below the monster, the text "It's the laughter we're after!" is written in white.

In addition, adidas and Pixar are also releasing the Sully hoodie. The hoodie has a blue base, on which purple spots are spotted on the hood, shoulders and sleeves. On the sleeves are the three adidas stripes, these are white. On the front of the hoodie you can also find the adidas logo.