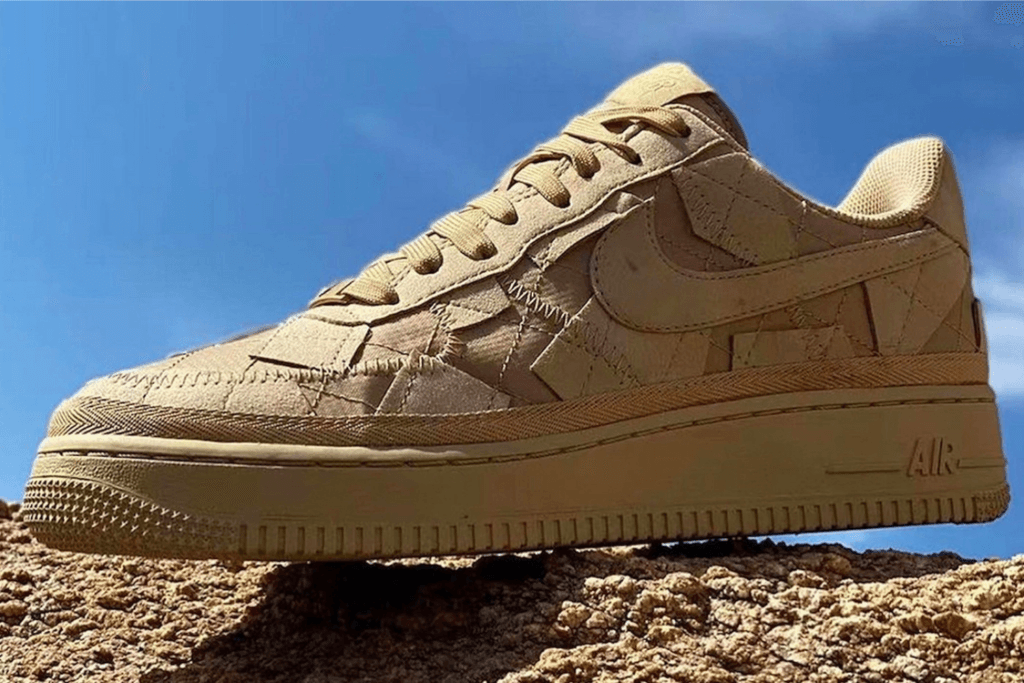 Billie Eilish has already several collaborations with Nike and Jordan Brand to her name, from the Air Jordan 1 KO to the Air Force 1 High. Soon another model will be added to the collection, the Nike Air Force 1 Low. The first images have been released, check them out below! When the sneaker will be released is unfortunately not yet known.

The new pair is very different from its predecessor, the Air Force 1 High. The sneaker has a much busier patchwork design. The entire upper is given a grid pattern by the square and obscure shapes that are placed under the stitching. On top of the midsole, there is also a rim of canvas, which gives extra reinforcement to the shoe. Finally, the Swoosh, lacing eyelets and heel are made of suede. The entire model comes in a light brown shade.

When the Billie Eilish x Nike Air Force 1 Low will be released, is still unknown. We can already take a look at the first images below! Keep an eye on our release calendar for updates. 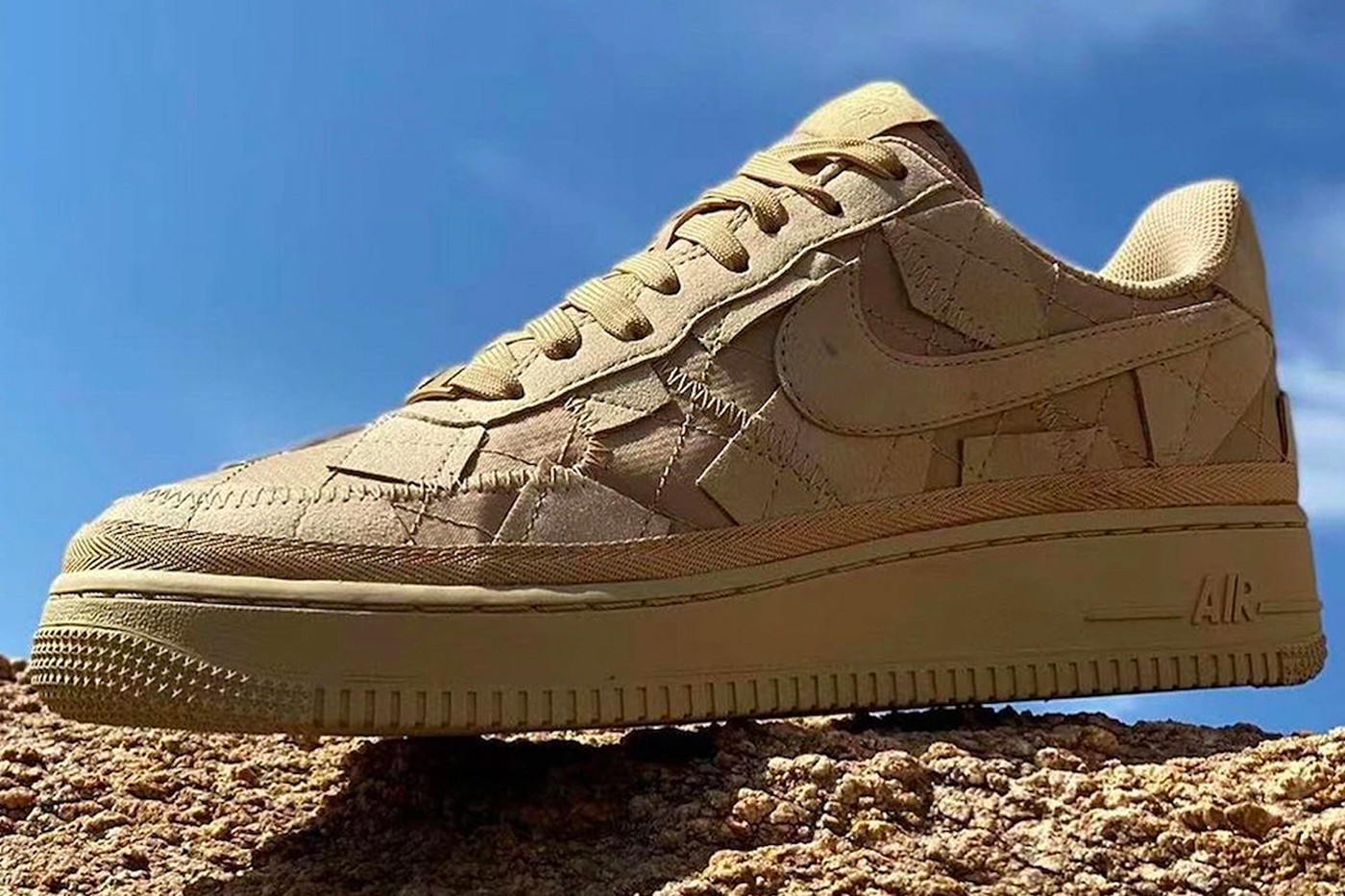 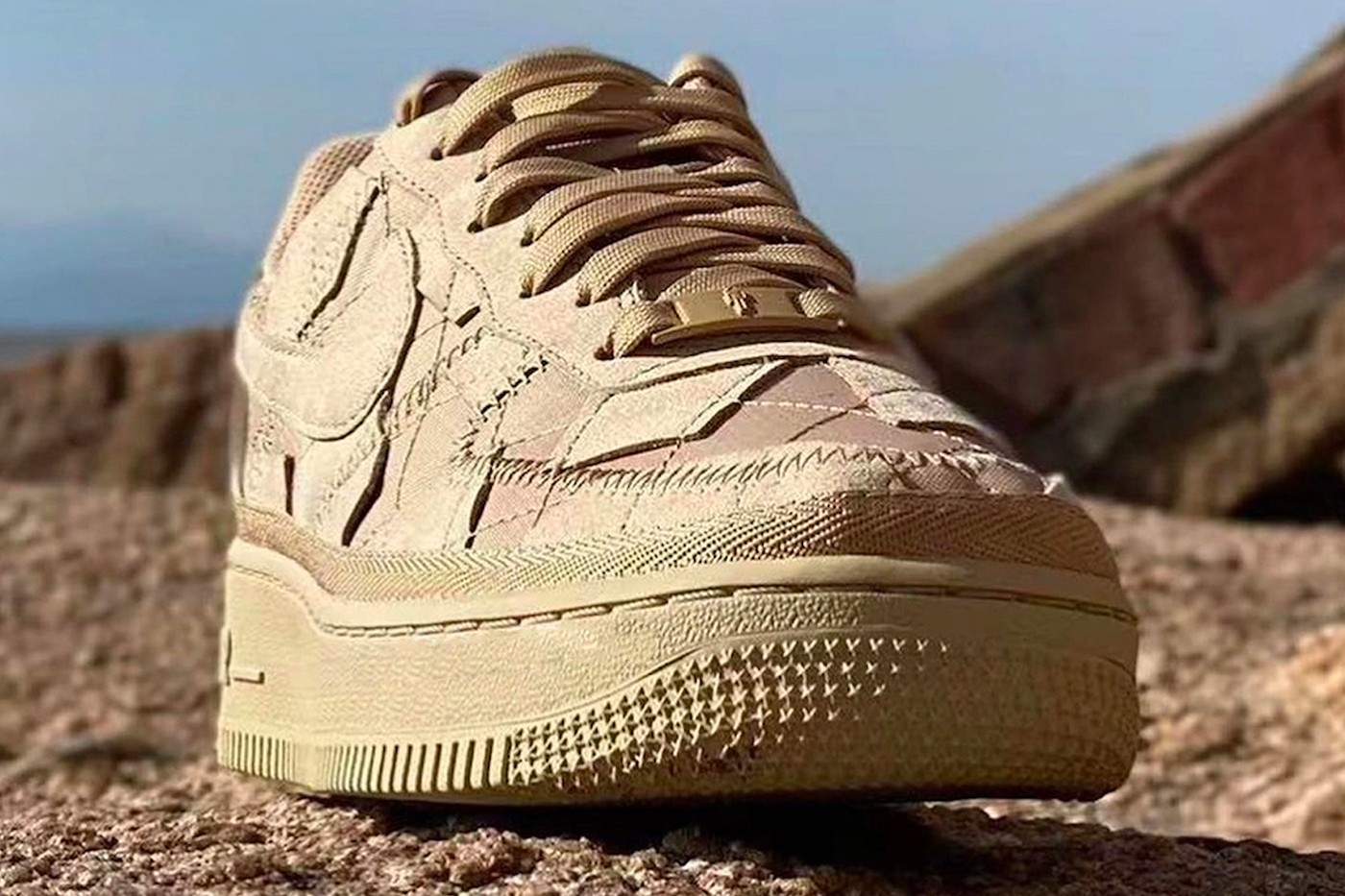 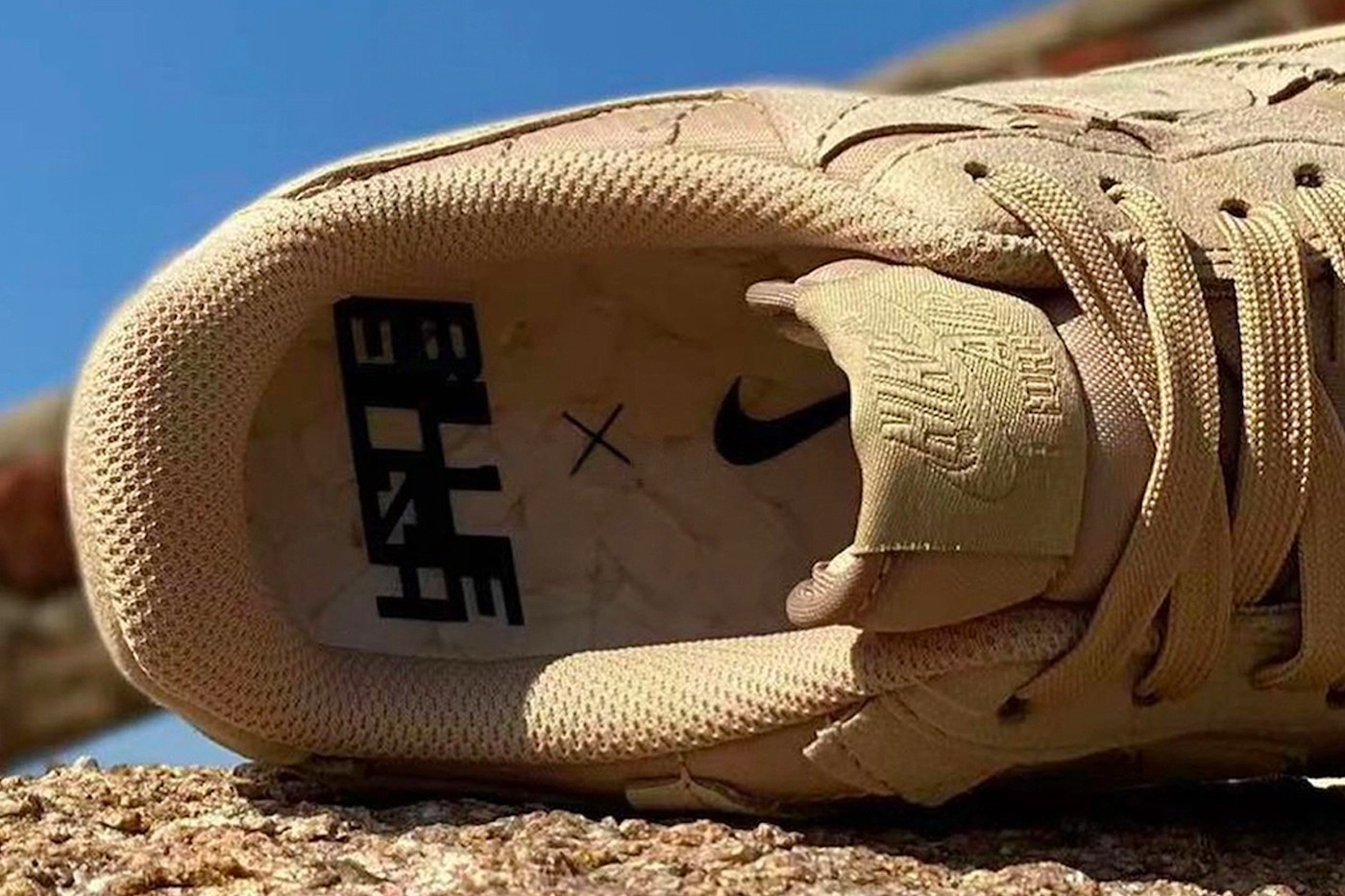 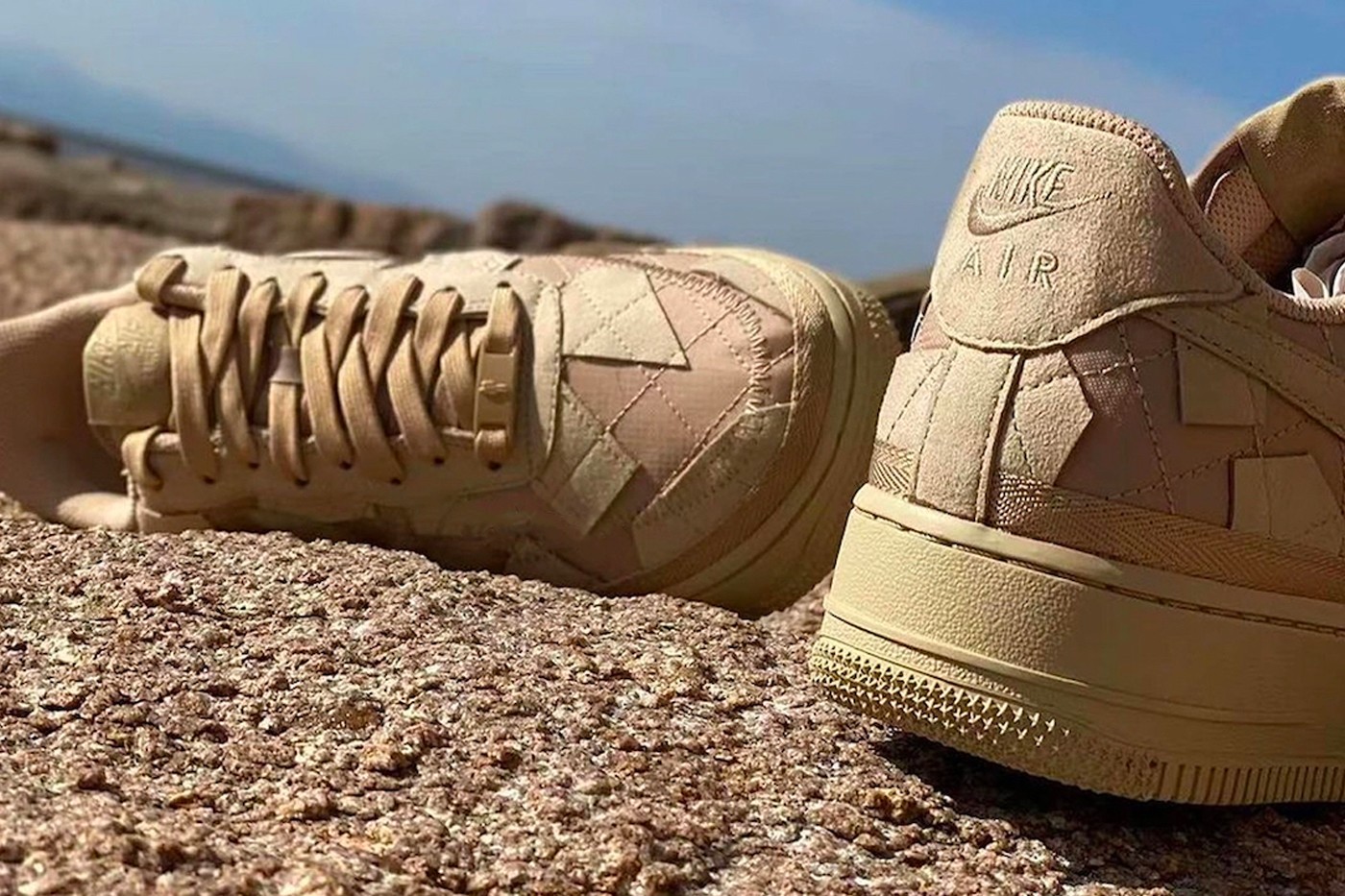 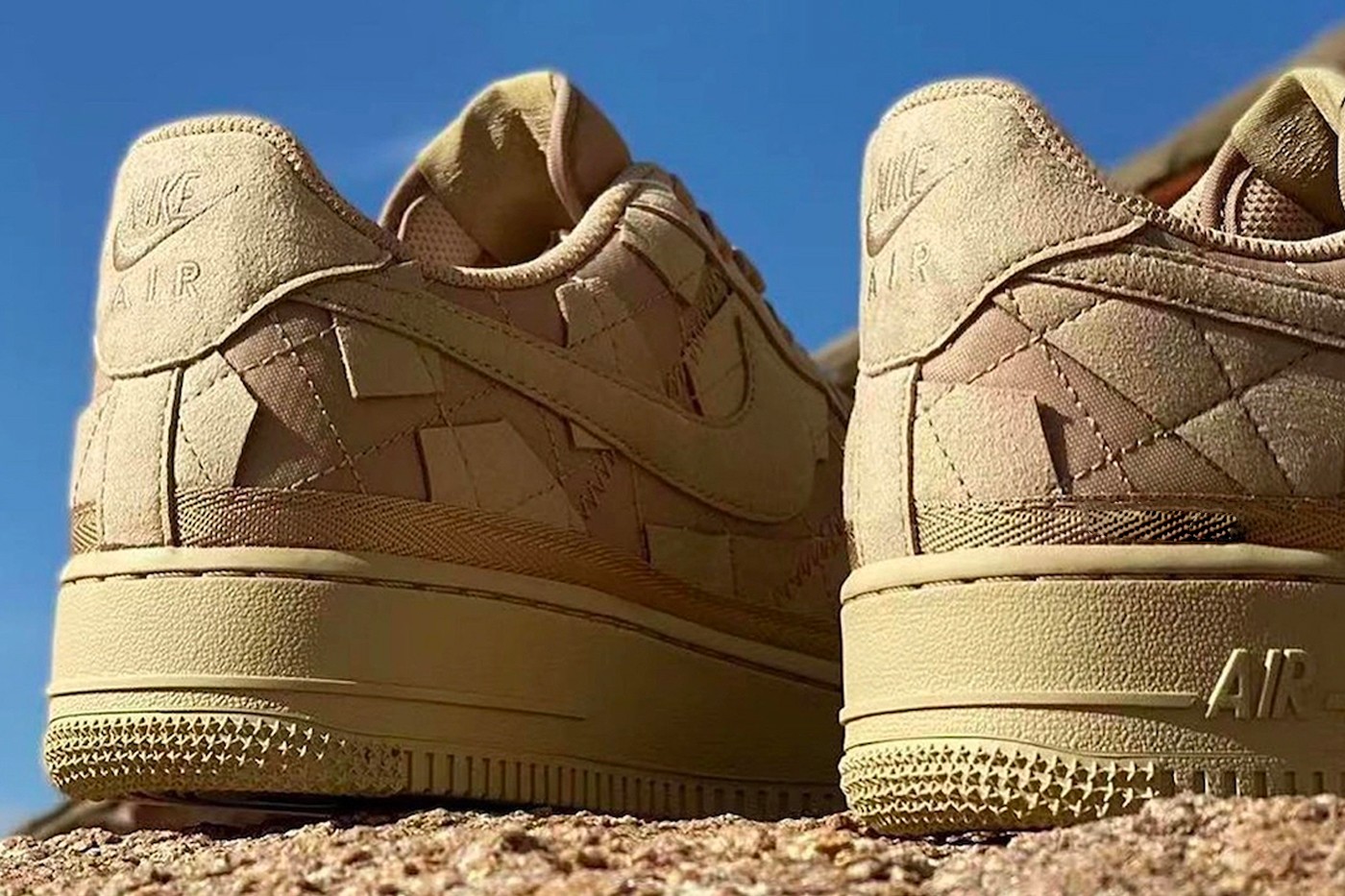