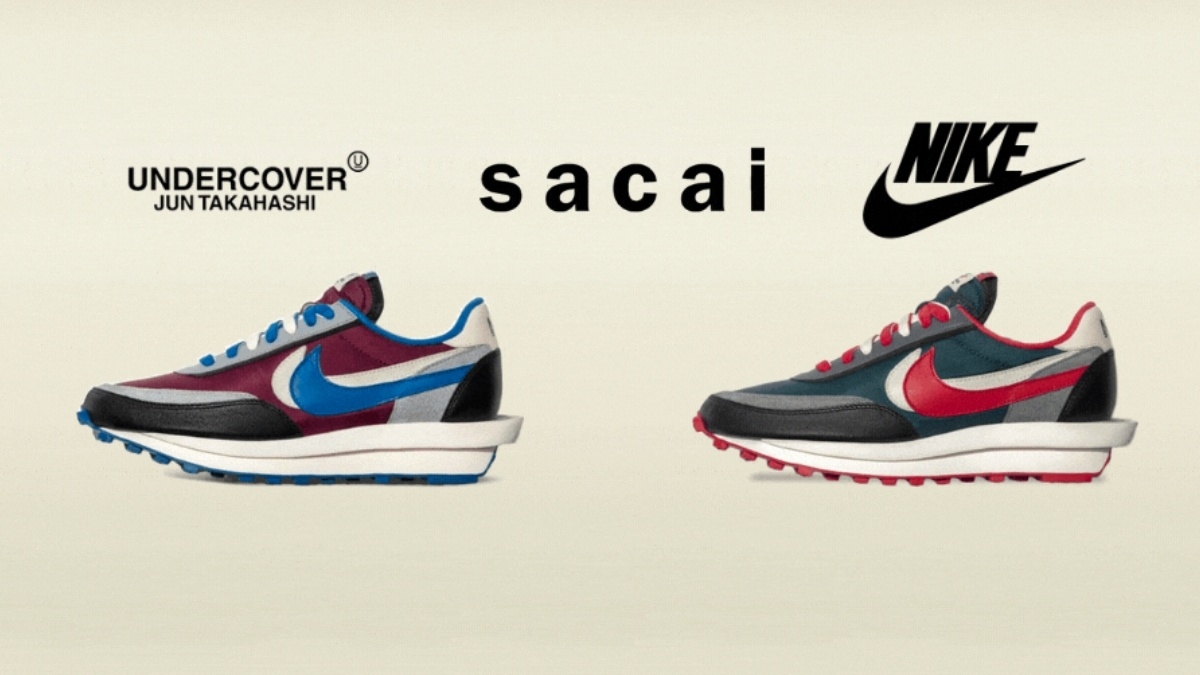 The close-up images of the Undercover x sacai x Nike LDWaffle collaboration are going around on social media. This collaboration is part of a big project between sacai and Nike.

Earlier in August, Sacai announced that they were teaming up with Nike to approach three other brands for collaborations on the LDWaffle. These brands were Fragment, CLOT and Undercover. The collaboration with Fragment was released on Tuesday 24 August.

The collaboration between Undercover, Sacai and Nike features three different colorways. Currently we only have close-up images of two of the three.

The Undercover x Sacai x Nike 'Midnight Spruce' has a nylon upper. The base of the upper is in a dark green colour, which almost looks black.

On the heel is the branding of Nike and Sacai. The midsole protrudes and the upper reads 'Nike/sacai/Undercover'. The outsole is the same red as the Swoosh, lining and laces.

The Undercover x Sacai x Nike 'Night Maroon' features a completely different colour scheme. The nylon on the upper is in burgundy on this pair.

Across the toe and heel are the same suede overlays as on the 'Midnight Spruce'. The only difference is that red is replaced by blue. This gives the sneaker a different look.

The laces on this pair are white and blue, as are the midsole and outsole. The lining is also in blue for this colourway.

The release date of the Undercover x Sacai x Nike LDWaffle is not yet known, but it is estimated that the three colorways will be released in October. Don't want to miss this release? Follow us on Instagram and download the Sneakerjagers app to keep an eye on the release calendar.