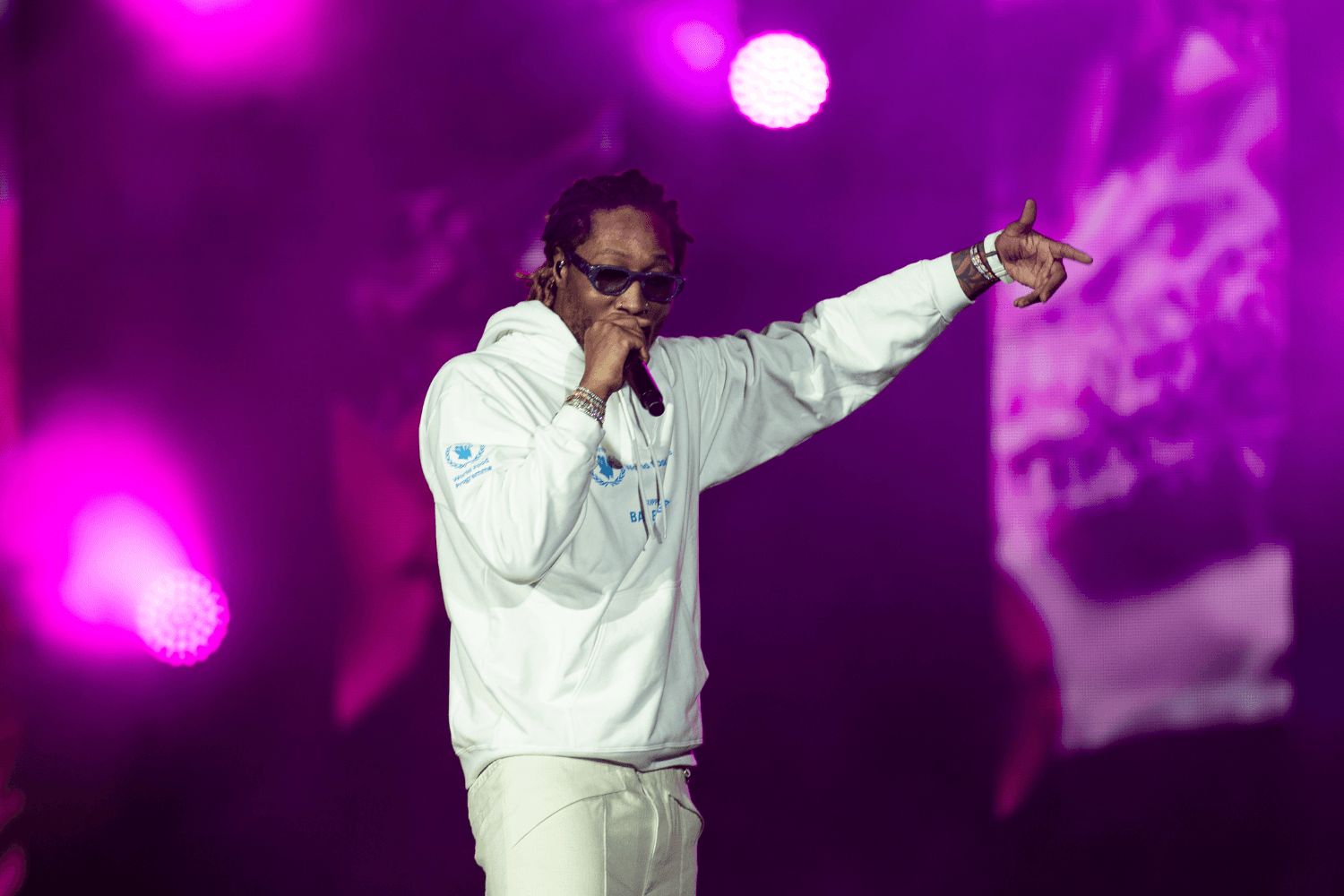 Last weekend, July 1-3, 2022, the WOO HAH! x Rolling Loud 2022 festival took place. During this weekend the terrain of the Beekse Bergen in the Netherlands was filled with the best hip-hop artists. From J. Cole to Future, Dave and Roddy Rich, but also Dutch artists like Kevin, Cho, and Frenna were to be seen. Sneakerjagers was there all weekend and followed the festival closely.

It's over again. Last weekend the hiphop festival WOO HAH! x Rolling Loud took place in Hilvarenbeek, Tilburg. From July 1 to 3, 2022 the best hip hop artists could be seen at this three-day festival. WOO HAH! has been known as the largest hip hop festival in the Netherlands since 2014 and this year, the festival worked with Rolling Loud for the first time.

Rolling Loud is an American festival organizer and in recent years brought the biggest acts to Miami, Portugal, New York, and this year also to Toronto. In cooperation with WOO HAH!, Rolling Loud also provided the Netherlands with the best hip-hop acts with the biggest artists.

For example, Future, Dave, Roddy Rich, and J. Cole were the headliners of this year's festival. Also, Jack Harlow, 6lack, Playboi Carti, Baby Keem, Don Toliver, and Trippie Red were present this year and could be seen on the different stages. In addition, the best artists from Dutch soil such as Frenna, Kevin, Cho, Sevn Alias, and sor were also featured.

Once again, WOO HAH! was a huge success this year. The festival opened the gates on Friday, July 1, 2022 at 4:00 p.m. and SoFaygo filled the main stage, aka the Snipes Stage, as the first act. The festival had three main stages and several small spots where you could see your favourite artists and where the after-parties were held.

On the first day, artists such as Playboi Carti, Trippie Red, ADF Samski, and Central Cee performed. Yung Lean had to cancel at the last minute and was replaced by Joost, also known as Joost Klein. Future was the headliner of the day and was featured on the Snipes Stage in the evening.

The second day began with sor & sorkest on the Snipes Stage. Artists like Kevin & The Animals, Josylvio, Sevn Alias, and Baby Keem followed. Roddy Rich and Dave were the headliners of the day and were both featured on the Snipes Stage. On the Forest Stage Jack Harlow, 6lack, and Ares performed. In short, another day full of diverse performances.

The highlight of the day (and perhaps of the entire festival) was J. Cole who closed out the festival on the Snipes Stage.