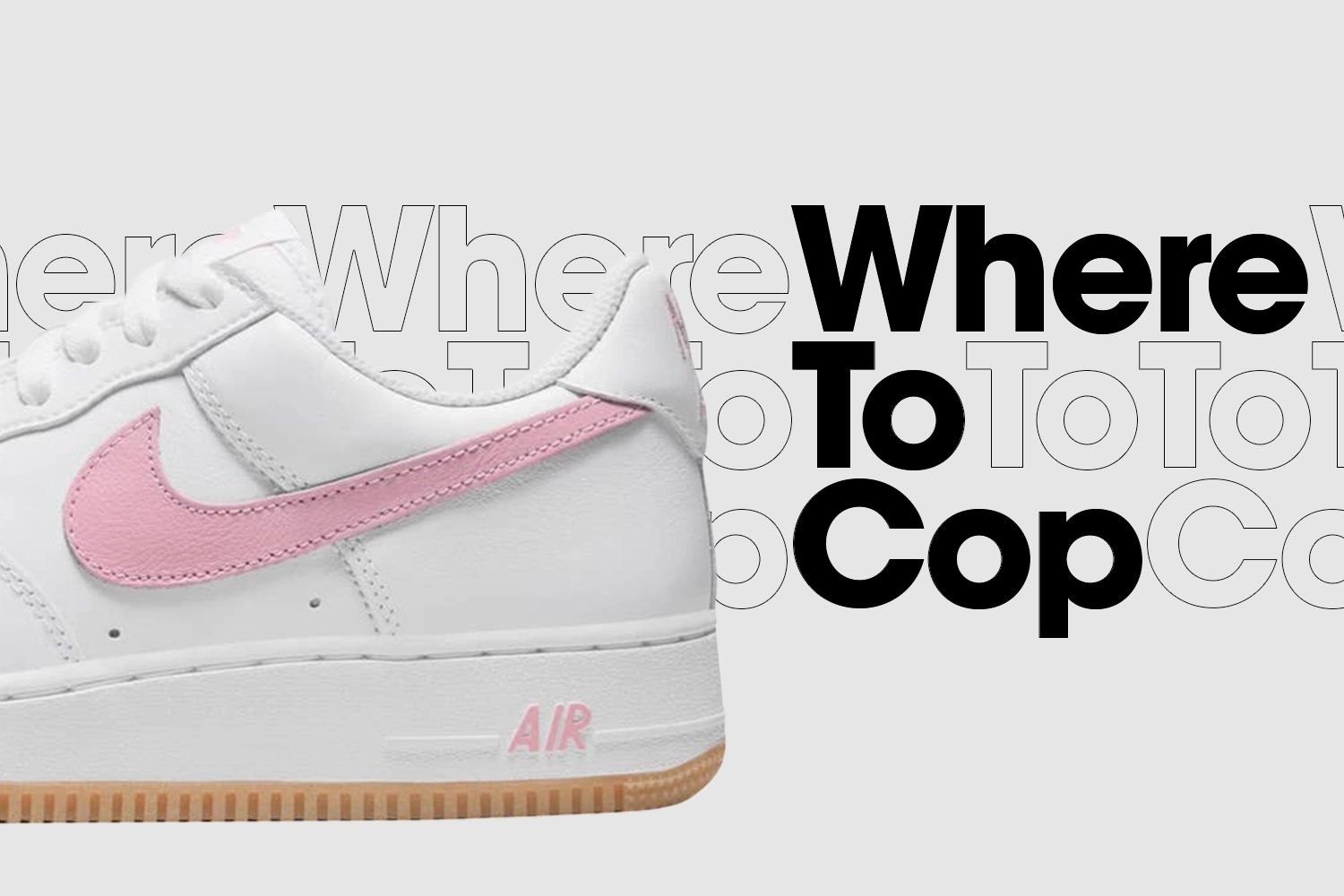 A new Air Force awaits us in the Anniversary Edition theme, dear community! The Nike Air Force 1 Low Retro 'Pink' will be released on Thursday 06 October 2022 at 09:00. As you have come to expect from our Where to Cop blogs, in this post we list all the important information about the release, so you can see all the retailer and raffles at a glance.

The new Air Force is again part of the Color of the Month drops. The story behind it is this: The Air Force had a bad run in the past and was about to be disbanded. The original Colour of the Month series was released in 1984 because some sports shops in Baltimore knew how well the kicks were selling and were confident this trend would continue. They asked Nike for custom colours to sell in their shops.

The rest is history. In 2022, the Air Force celebrates its 40s Birthday and is an absolute sneaker legend!

The Nike Air Force 1 Low Retro 'Pink' - Anniversary Edition celebrates its release on Thursday, 06 October 2022 at 09:00. We advise you to set an alarm clock and have the most important information ready. The sneakers will be popular.

If you click on the pictures below, you will be redirected to the respective shop.

You can also sign up for a raffle of the Nike Air Force 1 Low Retro 'Pink' - Anniversary Edition. As always, you have to be lucky to win the right to buy the sneaker here. The raffle is already open, so sign up soon.

Just click on the image to go directly to the raffle.

One more time: The Nike Air Force 1 Low Retro 'Pink' - Anniversary Edition will be released on Thursday, 06 October 2022 at 09:00. If you follow us on Instagram, you'll also get another reminder on the day of release!