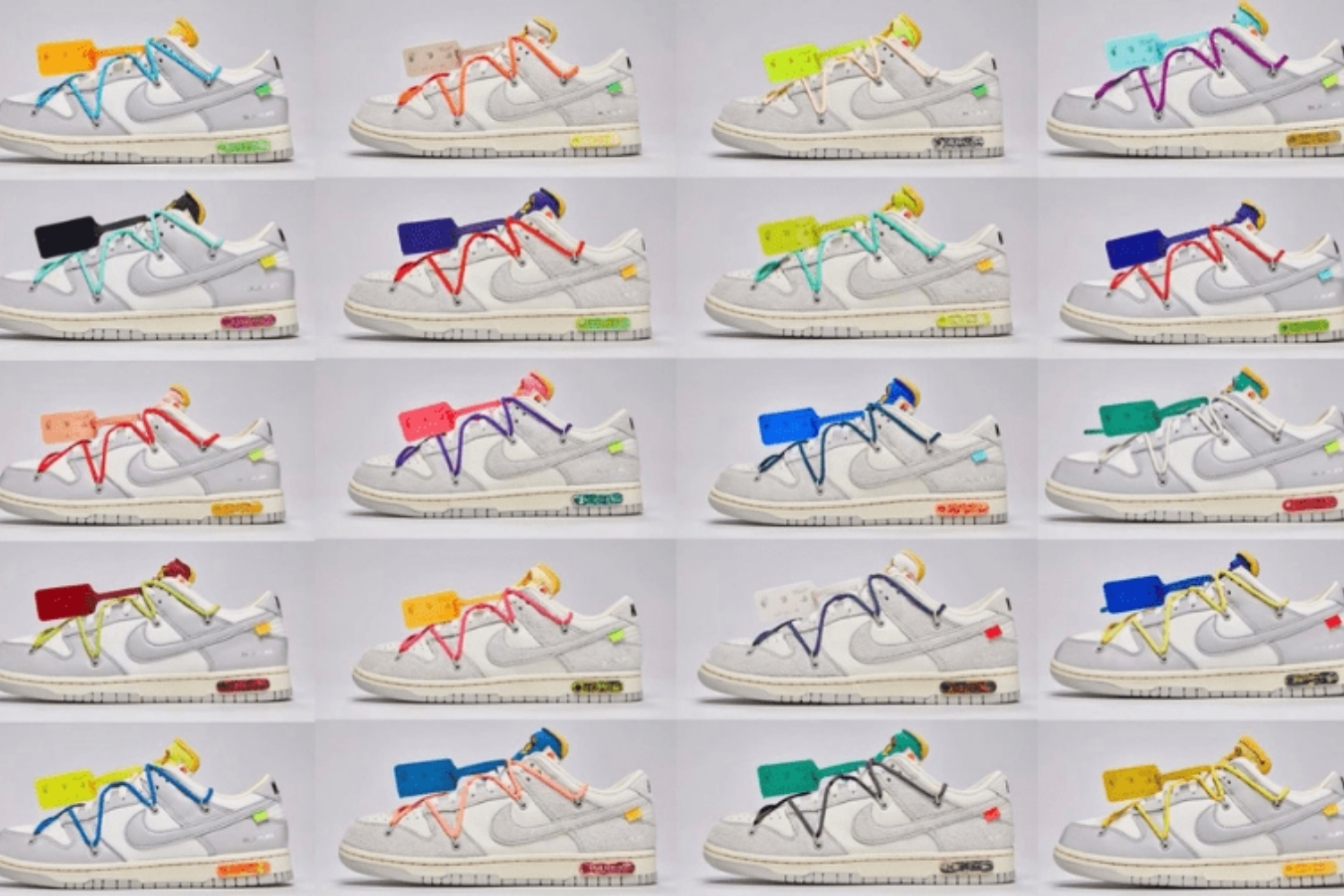 It is true: there will be 50 different Off-White x Nike Dunks in 2021. On social media the rumours have often been about 'The 50', but this collection will be called 'Dear Summer'.

Off-White and Nike have had many collaborations in recent years. In 2017, the two brands came up with 'The Ten', which reimagined 10 different silhouettes. The first collection did not yet feature a Dunk. After 'The Ten', several collabs followed. They released several Air Force 1's, Blazer Mid's, Waffle Racer's, VaporMax's and Rubber Dunks together.

In 2019, the two came out with Nike Dunk Low's in three colorways. What stood out about this model was that it was different. The base of the sneaker was premium leather, which is what we are used to from the Dunk. The tongue, on the other hand, was made of exposed foam. On the upper, there were extra laces in a different colour than the usual laces. The laces read "SHOELACES", which is Off-White's signature.

Also on the laces was the famous tag of Abloh's brand. On the inside of the sneaker, it looked like the Off-White logo was stamped on it. The Off-White x Nike Dunk Low came out in a Red, Pine Green and Navy/Yellow colorway. Missed them? Shop them below.

The 'Dream Summer' Collection by Off-White and Nike

The 50 Dunk Low is completely in black. The regular laces are in white and the silver Swoosh also returns on this version. The tag under the Swoosh and on the heel are in purple. The Off-White label that always hangs on the sneakers is also in black. On the tongues of the shoes are large round holes that hint at the identity of Off-White.

The 48 Dunks differ from each other by the colours on the details. Each shoe has been assigned a different colour for the tongue, the tiewrap and the insole. The colours of the upper laces and of the tag under the Swoosh differ again. There are also holes in the tongue of these Dunks. Take a look below at the 50 colorways that are planned.

The Off-White x Nike 'Dear Summer' collection will be released on 9 August 2021, SNKRS Day. Keep an eye on the release calendar if you don't want to miss out!