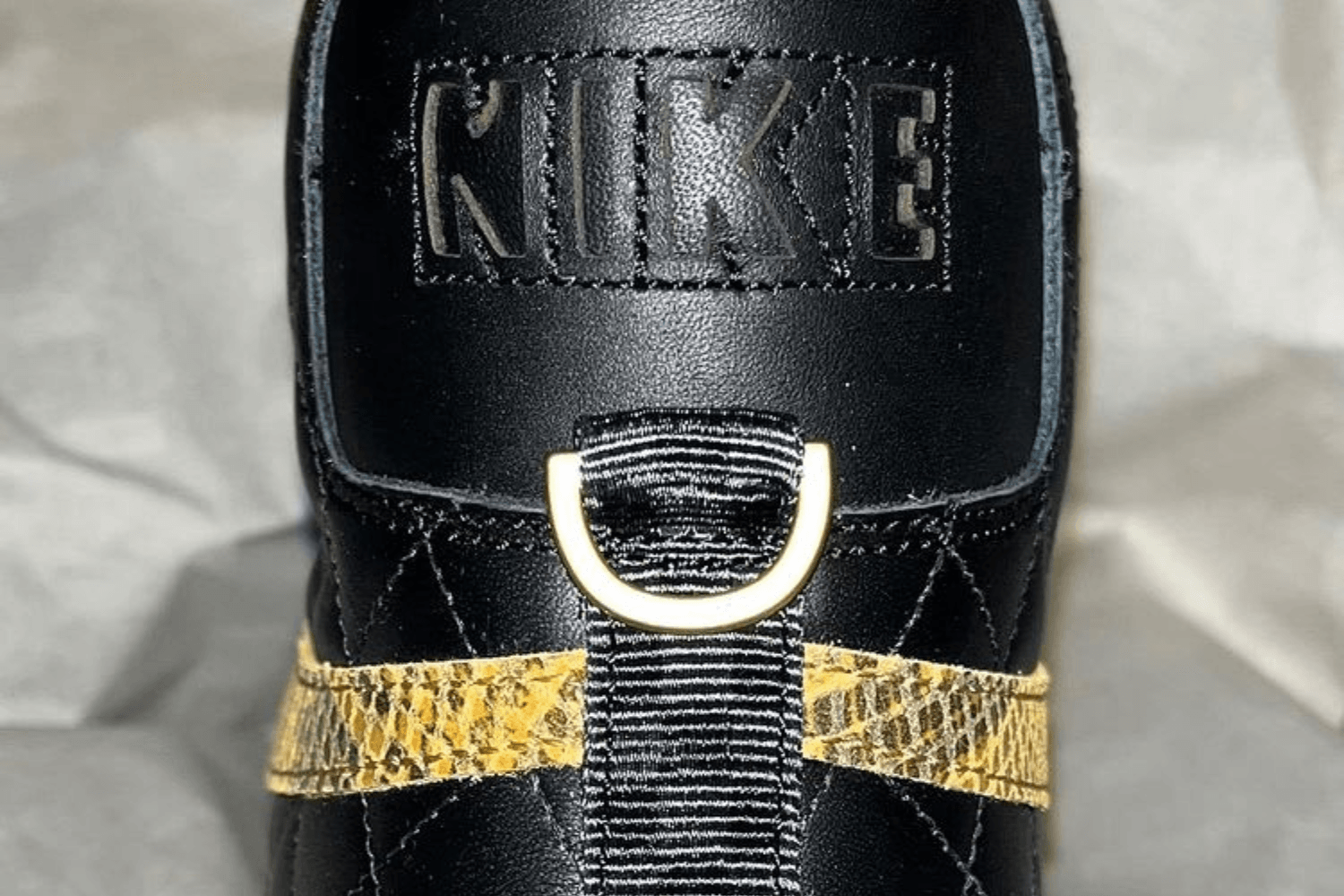 The first images of the Supreme x Nike SB Blazer 'Black' have surfaced. The sneaker was released in 2006 along with a white and red colorway. Now, about 14 years later, new images of a successor have surfaced. For now, only the black colorway can be seen. The sneaker does not yet have an official release date. However, we can expect the Supreme x Nike SB Blazer 'Black' in 2022.

In 2006, Supreme and Nike came out with three colorways of the SB Blazer. These pairs feature a quilted upper and have a snakeskin Swoosh. The colorways 'Red', 'Black' and 'White' were all a great success and will most likely return in the winter of 2022.

For now, only images of the black colorway have been released. The sneaker has a quilted upper. This one is made of leather and is colored black. Unlike its 2006 predecessor, this version has been given a gold-colored Swoosh. Gold details are also placed on the tongue and heel.

The Swoosh on the center panel turns gold and has been given a snake print. On the tongue, the Nike SB and Supreme logos are set in gold. Also, the midsole has been given a black color, instead of a white one as on the 2006 version.

The 'Red' and 'White' colorways have not yet received new images, but will most likely be dropped in 2022 as well. Keep an eye on our release calendar and stay up-to-date on this release. 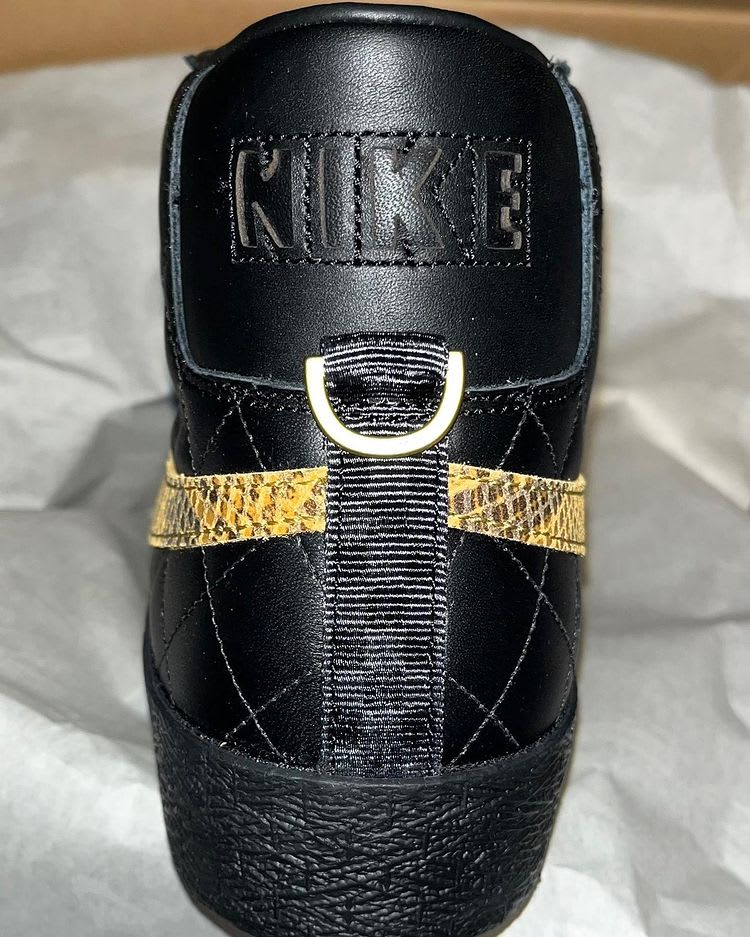 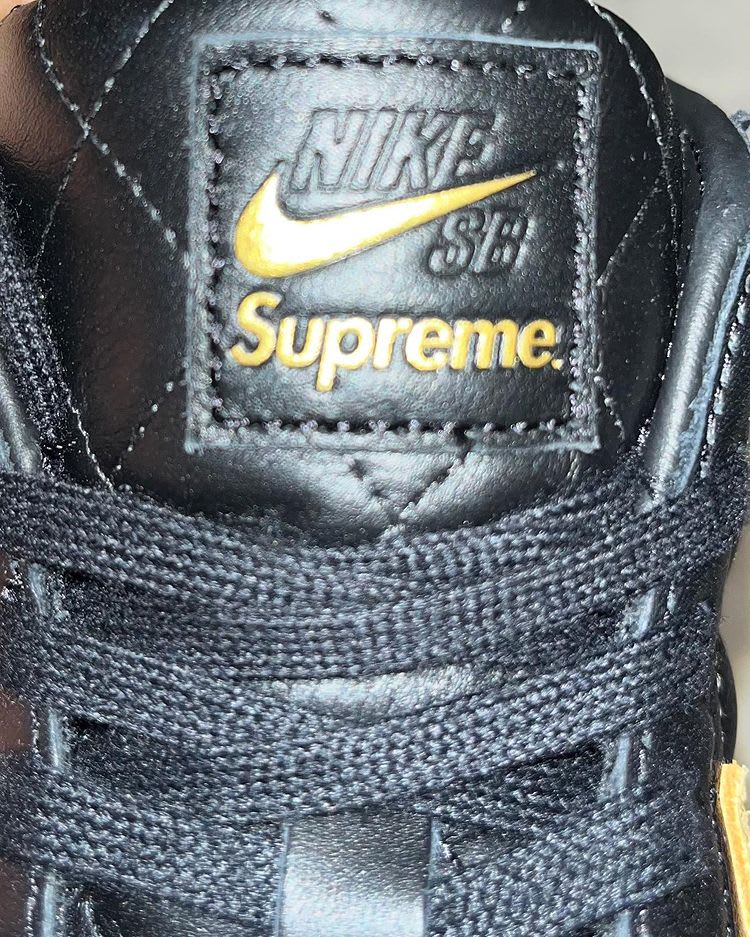