Another unveiling of a paisley-patterned Nike Dunks follows. Back in December, we provided you with the first information on the Nike Dunk Low 'Black' Paisley, as well as the Nike Dunk Low 'Blue' Paisley. Barely two weeks later, Nike has us waiting for the next Paisley Dunk. This time we can expect a Nike SB version in a striking patterned brown paisley print.

It seems like we'll be wearing paisley sneakers more often in the future. Do you think the trend will catch on this year?

The upper of the Nike SB Dunk Low 'Brown Paisley' is made of robust canvas material. Colours such as pink, green and blue also stand out, decorating the kicks in a rounded colour-blocking look. The matching brown Nike SB laces, together with the brown and white Nike SB tongue tag complete the look of the shoe.

White accents on the Swoosh and midsole give the shoe a clean look. As with many Nike SB Dunks seen in the past, the 'Brown Paisley' SB has a stylish gum sole. Underneath the sole, there is a bright pink detail on the Nike SB logo, which picks up on the pink in the paisley print.

It is not yet known when exactly we will see a release of the kicks. As always, we will keep you up to date so that you don't miss any of the following releases. 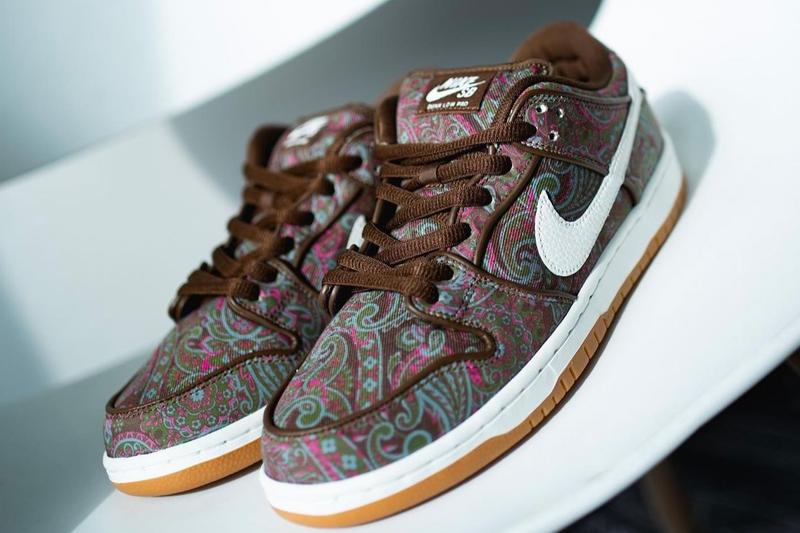 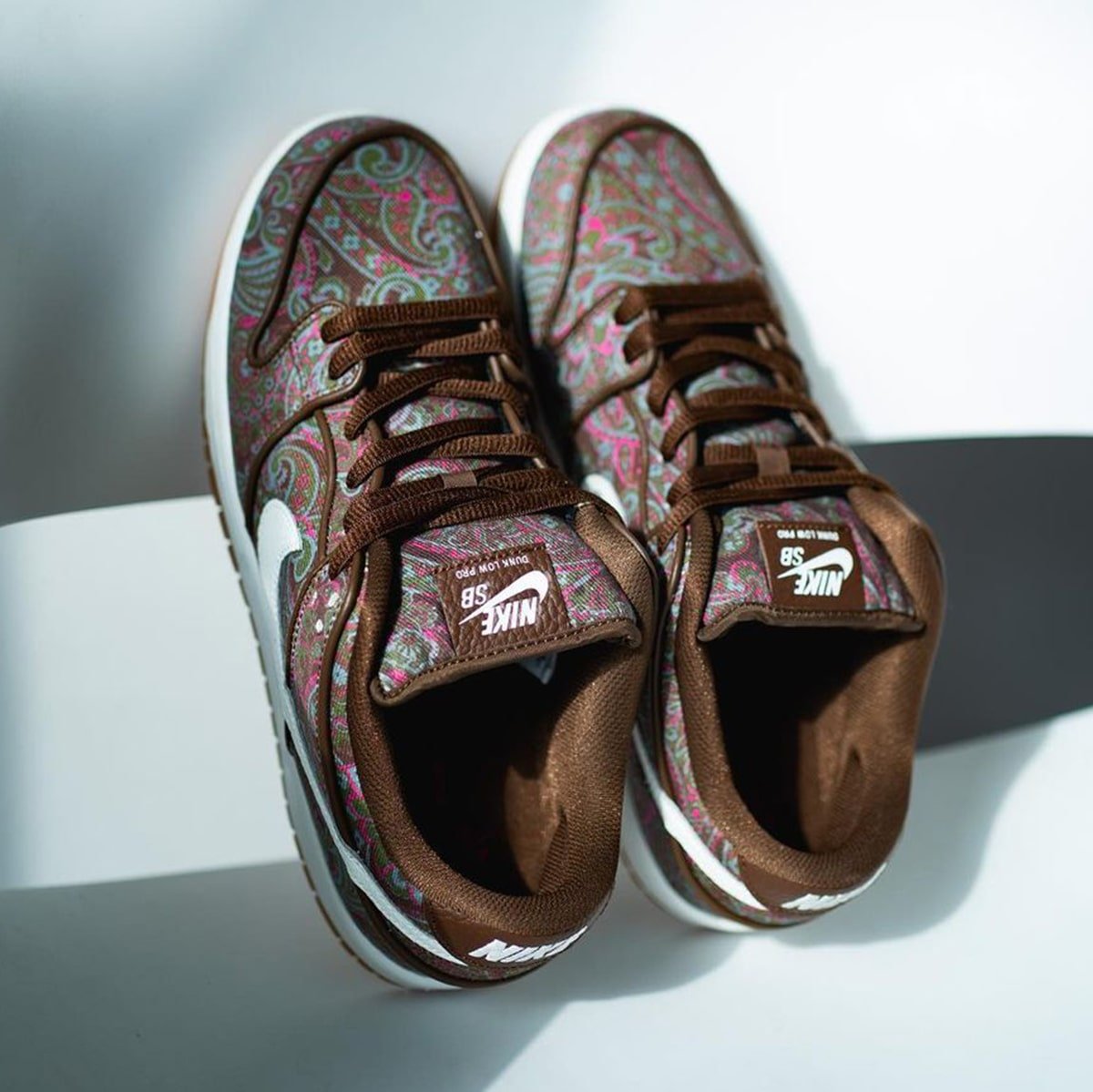 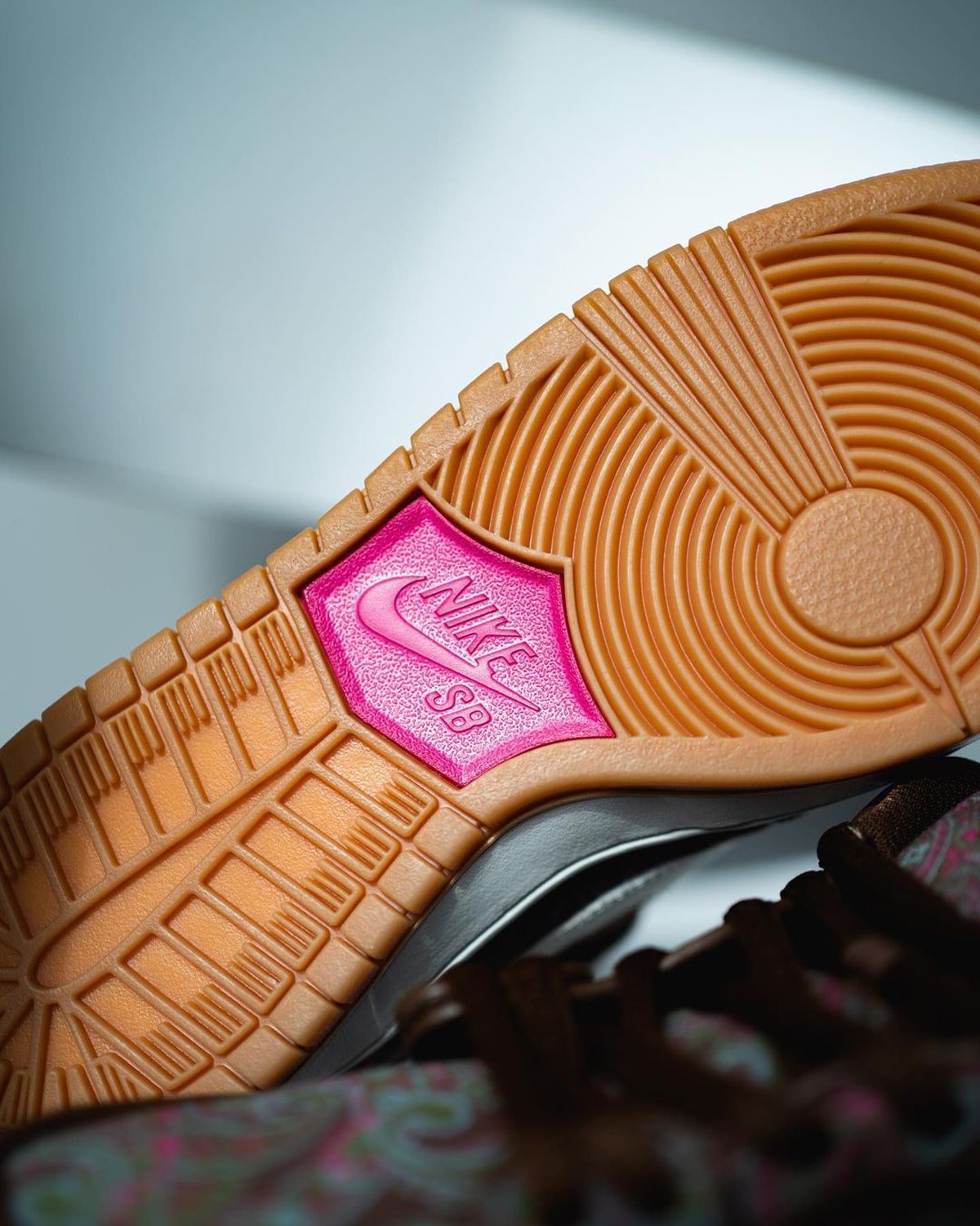