The Nike Air Huarache 'Scream Green' is a must-have 💥 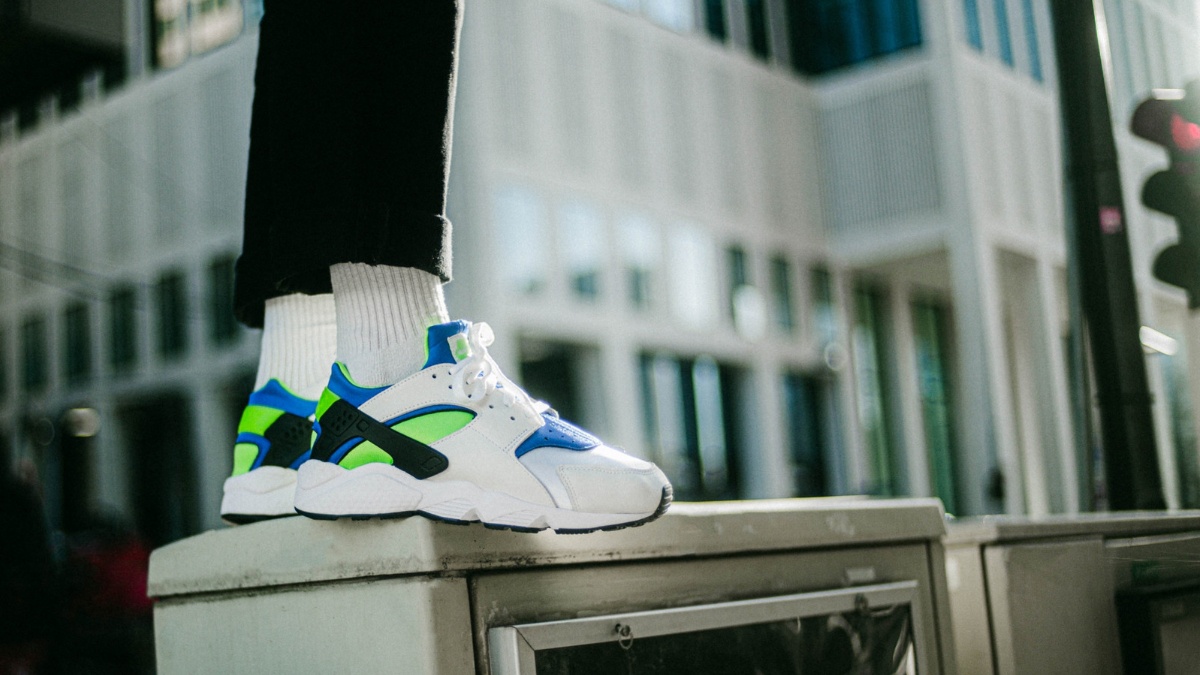 We have hot news for you again! 🔥 We would like to announce in this blog post with great anticipation that the Nike Air Huarache 'Scream Green' is about to make its comeback!!! 😍

The silhouette, which was first released by Nike in 1991, is back in its most original form. The 'Scream Green' colourway is one of the OG colourways of the Huarache!

Here you can find out what makes this Nike Air Huarache so special and sets it apart from other releases. We'll give you some cool insights into the background of this icon and, of course, beautiful pictures of this gem. 💎

We don't have to wait long for the legendary Nike Air Huarache 'Scream Green'! Already on Friday, 12 March 2021, the pair will be released at 09:00 am at all selected retailers, as well as in the Nike SNKRS app. With a little luck, you can soon call these gems your own for a mere €130!

Let's get to the important background that gives the shoe its special character. First of all, let's clarify what an OG colourway is: Sneaker silhouettes like the Nike Air Huarache in 'Scream Green' are called OG colourways if they are given the colourway that adorned the silhouette when it was first released on the sneaker market.

A distinction can also be made between re-releases and retro-releases. Re-releases reflect the exact same makeover of the original shoe, whereas retro-releases usually refer to the OG colour scheme with minor changes.

In this case, we can look forward to a re-release. You can find out why in our small detailed overview below.

The 'Scream Green' celebrated its first release in 1991. Despite the fact that the silhouette of the Nike Air Huarache was designed by Tinker 'The Architect' Hatfield, the sneakers were a real flop at the beginning and didn't go down as well with people as expected.

Let's get down to the details! Like every single Huarache, the new 'Scream Green' is of course also a pioneer when it comes to comfort. Not for nothing was one of the first advertising slogans in the 90s 'Have you hugged your foot today?'. Because since 1991, the Nike Air Huarache has promised an outstanding experience in terms of comfort and fit thanks to its neoprene-like material on the upper and the thick straps on the heel. In addition, the typical elements ensure a firm fit in the shoe.

But now let's really get down to the details of the kicks: The flexible material on the base of the shoe comes in white in the toe area and in the area of the midfoot in bright green, which also gives the shoe its name. The same shade of green can also be found in the sockliner, as well as on the back part of the black heel strap. Blue neoprene overlays extend from the elements above the toe box to the heel.

On top, the sneaker features smooth leather overlays in off-white, which also include the eyelets for the white laces. The whole design is completed by the typical thick, bright white midsole and a jet black sole.

To clarify the question from above: We can look forward to a re-release of the former Nike Air Huarache 'Scream Green' in its most original form! The sneaker even got the old Nike tag on the tongue, which the OG from 1991 also had! This is a must-have for every collector and a beautiful piece of sneaker history that we are all being served. 🙏🏼

In any case, we wish you good luck with the Cop! 🍀