The Nike Air Force 1 Craft gets a 'Snakeskin' makeover 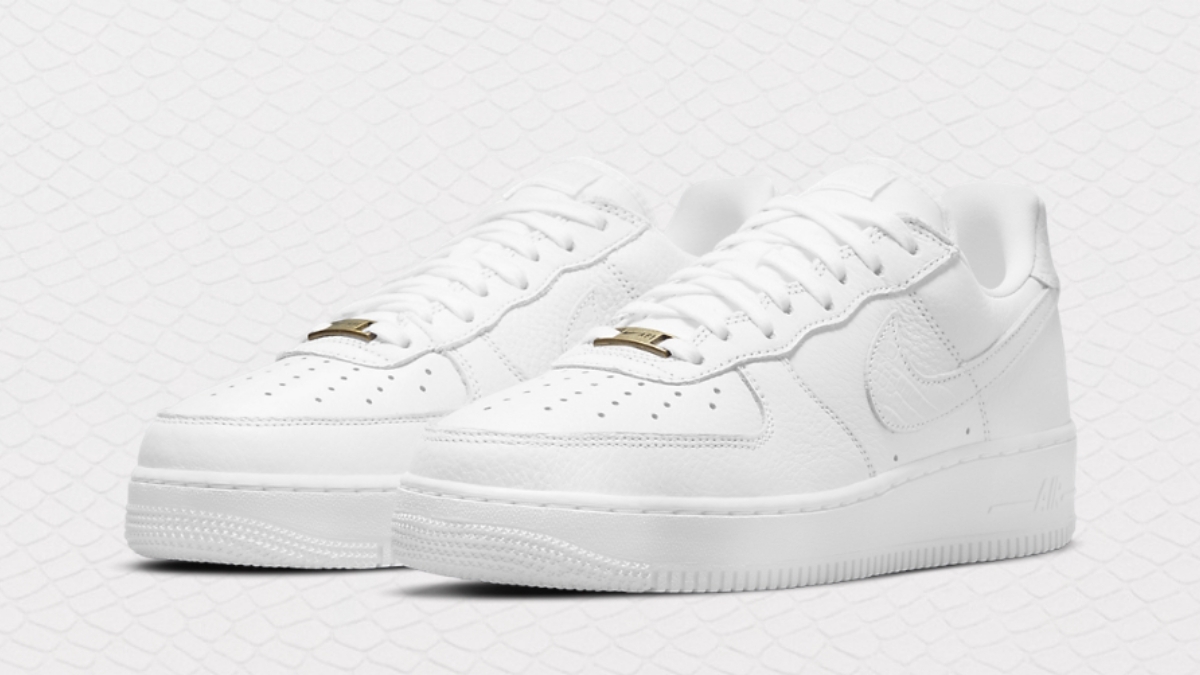 It is refreshing to see new variations of the Air Force 1. Even though the classic white Air Force 1 is still a favourite of many, sometimes a refresher doesn't hurt. For example, we recently saw the release of the Air Force 1 'Pine Green'. This was just your usual Air Force 1, only all the stitching on the upper was green.

We also recently saw the release of the Air Force 1 'Desert'. This sneaker was largely made of recycled materials and belongs to the Nike Move-to-Zero project. Both sneakers are still available at different retailers.

This sneaker is very similar to the classic white Air Force 1, only this pair features premium materials. The upper is largely made of tumbled leather. Snakeskin leather is used on the Swoosh and heel tab. The Nike Air Force 1 logo is placed on the tongue and insole of the sneaker. The logo on the heel patch is omitted, but there is a tab with the Nike Air Force logo on it. The Air Force 1 deubré on the front of the laces is gold colored and offers some contrast to the all white upper. Underneath the upper is a white mid- and outsole to complete the look.

The release date has unfortunately not yet been announced for the Air Force 1 Craft 'Snakeskin', but can expect the snaeker from Nike sometime in the next few weeks. Keep an eye on our release calendar to always be up to date with the latest sneaker releases. Check out the images below.