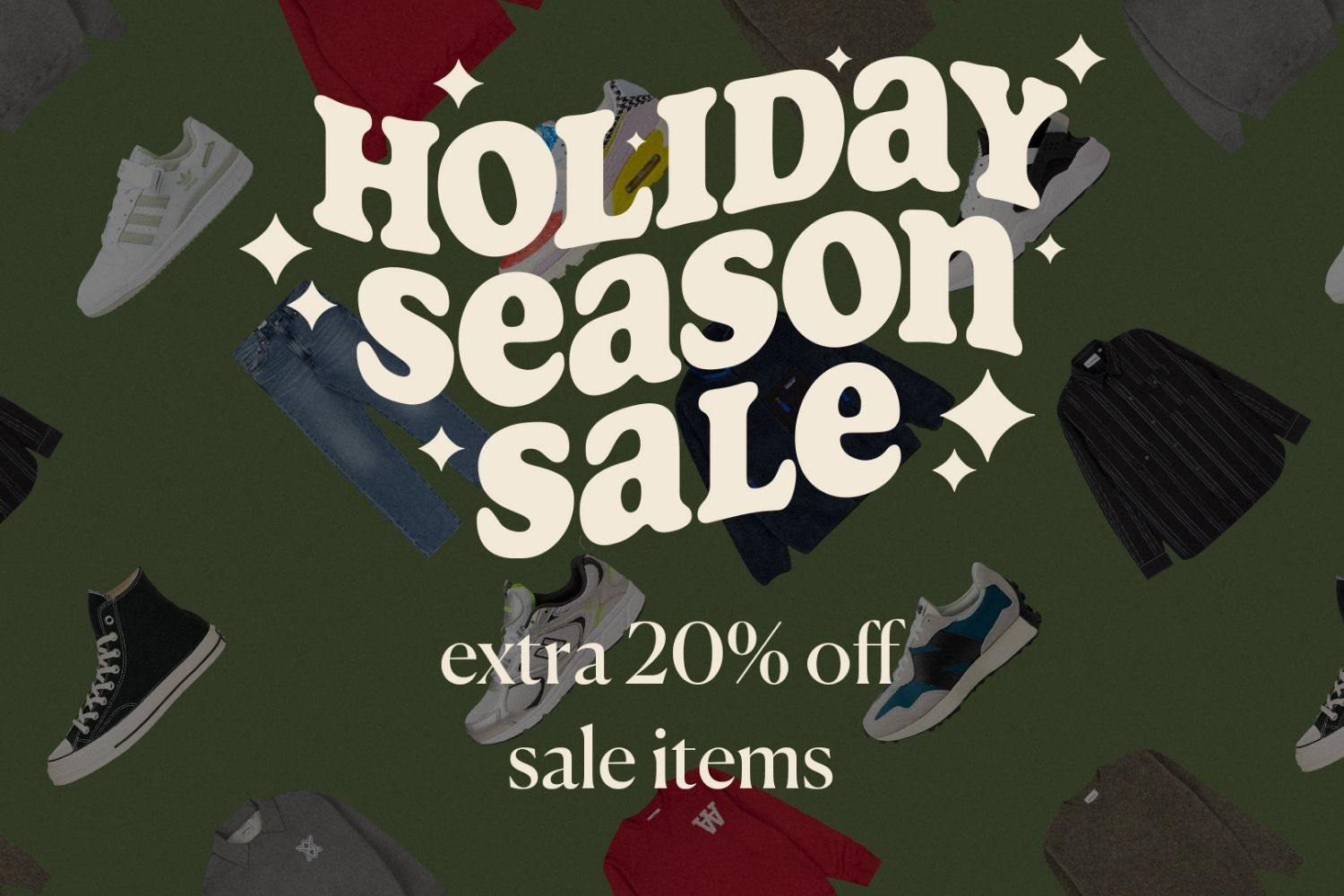 With the holiday season just around the corner, Asphaltgold is hosting a Holiday Season Sale! You'll benefit from 20% extra discount on top of the sale items. From Nike Air Hurache's, The North Face jumpers and Patta T-shirts, you can find them all at low prices at Asphaltgold. We've listed our favourite sale items for you.

We start our favourite picks with two cool Patta T-shirts. The Amsterdam-based brand first opened its doors in 2004 and was founded out of love for hip-hop, sneakers and street culture. Since then, the brand has left a big impact not only on the Dutch streetwear scene, but also on the clothing industry and the community around it.

Patta Word on the Street

You can also find great Daily Paper accessories in the sale. Daily Paper was also founded in 2012 in Amsterdam by three childhood friends. The brand gets its inspiration from the African culture and combines this in its items with a timeless design.

Nike was founded in 1964 by Bill Bowerman and Phil Knight and was originally called "Blue Ribbon Sports". In 1972, the brand launched its first own shoe and has since released a host of iconic models.

From 1978 the brand changed its name to 'Nike'. Models like the 1991 Air Hurache and the 1973 Blazer are indispensable in the sneaker world, and these pairs can also be found in the sale.

New Balance also has a lot of popular models. The brand was founded in 1906 under the name "New Balance Arch Support". In 1983, William J. Riley, founder of New Balance, designed his first shoe for a local running team.

Then, in 1941, the brand expanded its range to include a footwear line. Since then, New Balance has released a host of iconic models that are not only suitable for running, but also for everyday use.

We round off our favourite picks with a pair of stylish caps from New Era. After borrowing money from his sister and colleague, Ehrhardt Koch started a cap company called New Era Cap Co.

In the first year, the company produced 60,000 caps and in 1943, New Era started producing caps for the Cleveland Indians. The company continued to grow and produce caps for various clubs in the NBA, NFL and MLB.

Those are our favourite picks from Asphaltgold's Holiday Season sale. Of course, you can still find a lot of discounted items on the website. Would you rather scroll through the Holiday Season sale yourself? Then click the button below!