Nike Air Max 1 'Evolution of Icons' 🔐 inside the vault 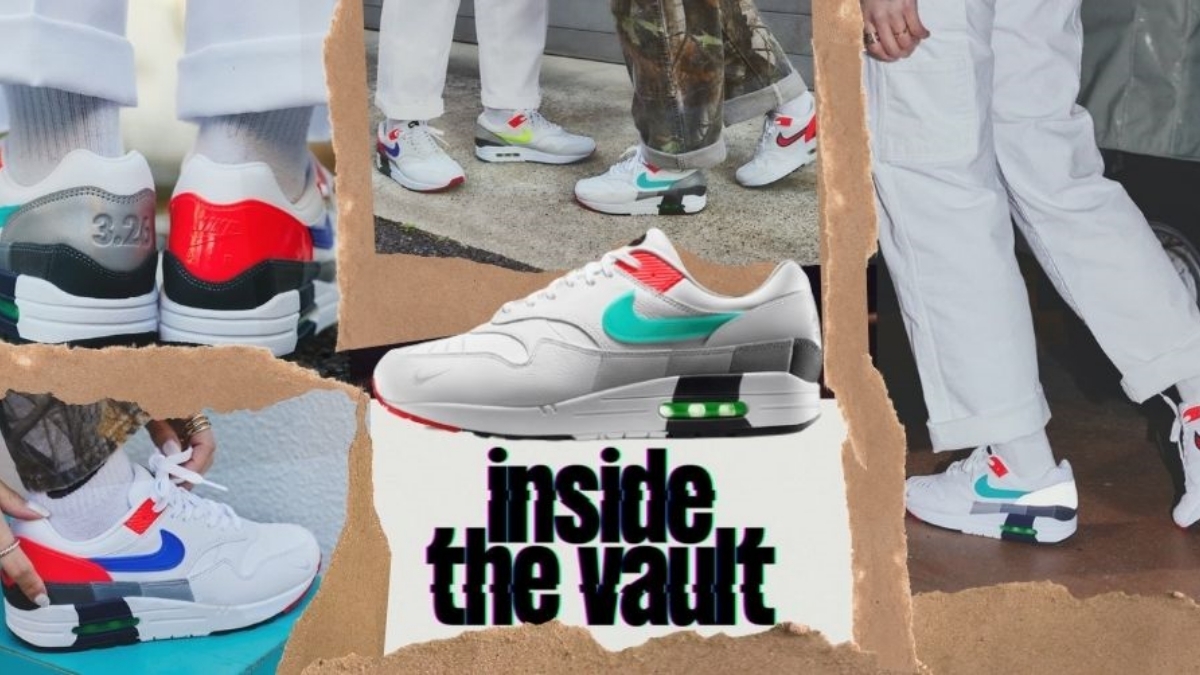 After a long wait, the time has finally come: Air Max Day 2021. On this day, 26 March, Nike celebrates their iconic Air Max line worldwide. Usually, this event starts a few days before the official date and this year is no different. Starting Monday, March 22, 2021 Nike has organized several actions and live sessions. Of course there will also be sneakers released on Air Max Day. This year the Nike Air Max 1 'Evolution of Icons' will be released on 26 March 2021. But it seems that some observant sneakerheads have already managed to get their hands on a pair… 👀

On 26 March, we celebrate Nike's Air Max Day worldwide. On this day, Nike released their first Air Max shoe in 1987. It was the first model which had the so called visible AIR Bubble, which was visible through a transparent part in the sole. The shoe was designed by Nike's famous designer Tinker Hatfield. Over the years, there have been countless variations on this model. The Air Max 1 is still one of Nike's most popular models, so this year a new variation is released especially for Air Max Day.

The Air Max 1 'Evolution of Icons' features a white base with colourful details. What makes the design unique is that the parts of the AM1 EOI are derived from Nike OG models. As a result, the shoes are made up of different colours and materials.

Different colours and other elements are incorporated on the shoe, as an ode to the history of iconic OG sneakers. For example, parts of the Air Max 1 'University Red', Air Max 95 'Neon', Air Max 96 'Scream Green' and the Air Max 97 'Metallic Silver' have been used. The date of Air Max Day can also be seen on the heel, while the insole refers to the earlier Air Max models.

On Monday 22 March 2021, a new post appeared on the SNKRS app. On the last image of the post, there was a layer that you could scratch off with your finger. Underneath was a pleasant surprise: you got Early Access to the Air Max 1 'Evolution of Icons'. Like every Early Access on the SNKRS app, the pair sold out within minutes. Maybe you were lucky because you happened to see the item pop up and you got there in time. But chances are you were just too late because you didn't see it in time.

But by our own Sneakerjagers app users were notified and some of them were able to quickly get hold of another pair! Do you want to be on time next time? Download the Sneakerjagers app now and turn on your push notifications to never miss a release, shock drop or restock again!

But don't worry if you haven't downloaded our app yet, the official release date of the Nike Air Max 1 'Evolution of Icons' is scheduled for 26 March 2021 at 9:00 AM via Nike. Curious which other sneakers will be released on Air Max Day 2021? Check out the release calendar to see which ones they are!