Know your Size: The Sizing Guide for New Balance 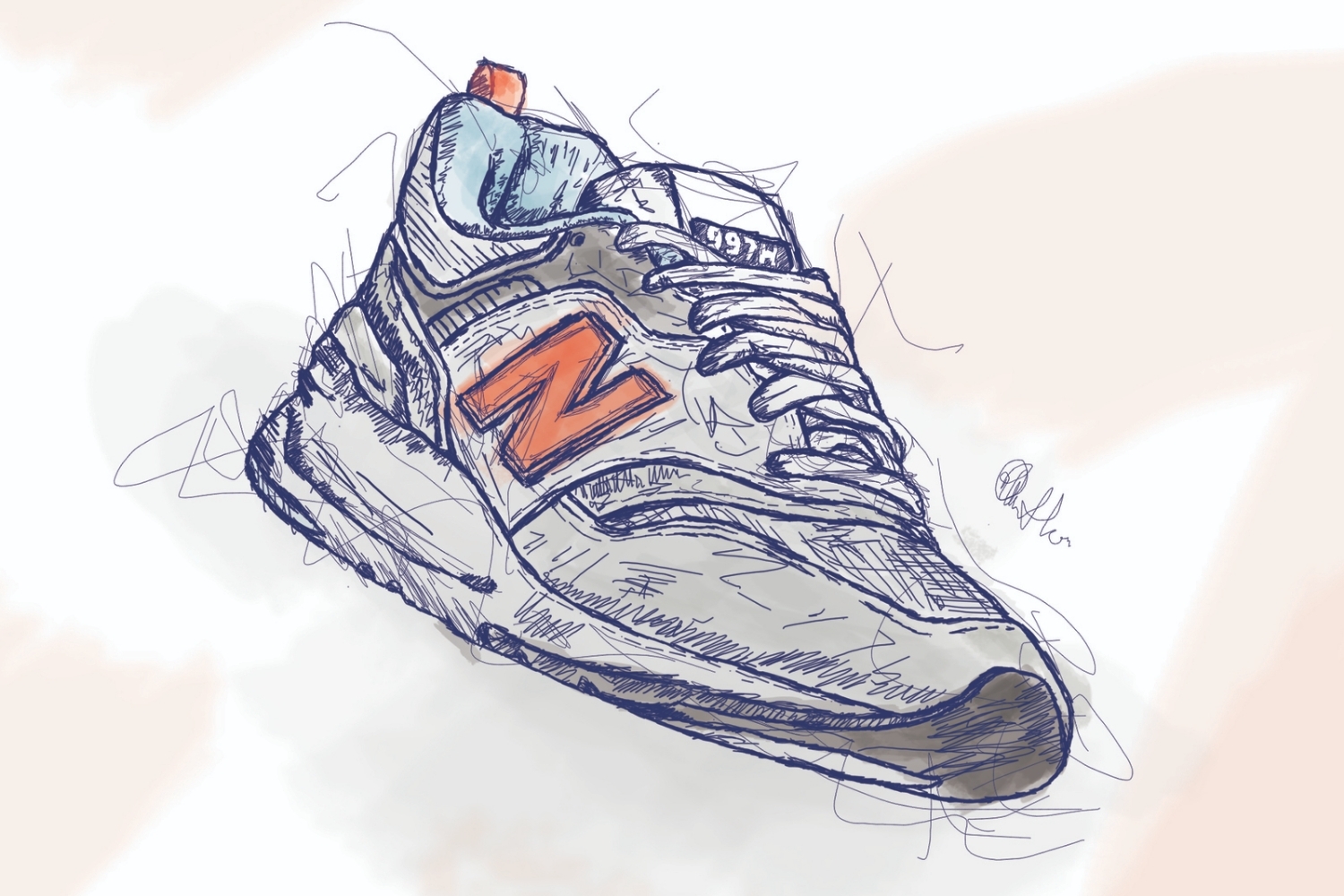 Many sneakerheads know the problem: you order a new pair of shoes on the internet and wait full of anticipation for the package to arrive. But then the big shock: the shoe is either too small or too big and you have to send it back. Totally frustrating!

To avoid this in the future, we have created sizing guides for you on a number of popular sneaker models, including: New Balance.

To create a basis for this guide, it is first important to determine the size of your own foot.

Determine your own shoe size

As feet swell during the day, it is best to take the measurement in the afternoon. Put on the socks that you will later wear in your shoe and take a pencil and paper. Now find a corner where you can place your heel completely against the wall. Fix the sheet of paper on the floor and stand upright on it so that your heel touches the wall. To avoid distorting the result, ask someone to outline your toes and then measure the distance from the edge of the paper to your big toe. Repeat this process for the other foot as well, as the sizes may differ. Then use the larger foot as a reference to determine your shoe size.

However, you should bear in mind that the specifications of the various manufacturers can differ and that you should therefore always use their size tables.

The New Balance Arch Support Company was founded in 1906 by William J. Riley in Boston, Massachusetts. At first, the company mainly produced orthopaedic insoles for shoes until they finally designed the New Balance Trackster in 1960. The Trackster was the first running shoe with a wave-shaped sole, which was also produced in different widths. The size specifications for the widths of the shoes are described as follows:

So you can see that comfort and fit have always played an important role at New Balance. We're taking a look at the most popular New Balance models and telling you how the shoe fits on your foot and which size you should choose.

The 1500 series from New Balance already has a few years under its belt, as the design is already 30 years old. The shoe was first released in 1989 and has been one of the most popular models in the New Balance family ever since. The shoe is made in England and is of high quality. On the New Balance homepage, most 1500 models are marked as a D width, which is a standard size. The shoe size itself, however, is usually described within the community as true to size. If you have a very narrow foot and prefer a tighter fit in the toebox, you can size down half a size.

The New Balance 574 is simply THE classic sneaker from New Balance. Everyone has seen this shoe at some point, whether it's for sports or simply on the street, the 574 is simply an icon and has already experienced a lot with its over 30 years. The shoe comes with the in-house ENCAP cushioning system and thus ensures a comfortable fit on the foot. This sneaker also comes in a D width as standard, but some colorways are also available in larger widths. For the shoe size, the sneaker is again true to size, but if you have wider feet, it may be advisable to choose a width of 2E-4E, or simply go up half a size.

Conclusion: true to size, for wide feet choose size up or larger width

More of a running shoe than a casual shoe, this New Balance 990 has a much sportier silhouette than most of the other models on this list, but is still popular with fashion fans and athletes alike. The sneaker is made in America and is the oldest shoe on this list at almost 38 years old. Since the focus of this shoe is really more in the sports area, you have a large selection of different widths with this model. However, the 990 is supposed to fit a little bigger than most other New Balance models, so a size down of half a size can make a difference. If you have wider feet, you should also look for a width of 2E-4E.

Who would have thought it, the New Balance 991 is an update version of the 990 and is rather the baby of our list. The shoe was first released in 2001 and brought a few changes to the previous model. An ENCAP midsole provided more stability and high-quality materials made the shoe rougher. However, due to the revised upper, the choice of different widths has been compromised, mostly the shoe is only available in the standard width D. However, the fit of the shoe is true to size and can be bought in the usual size. As always, if you have particularly wide feet, you can go half a size up to give your feet more room.

Conclusion: true to size, size up for wide feet

The New Balance 878 was first released in 1990 and was a classic sports shoe as was usual for the time. In 2016, the shoe was re-released when the retro trend broke out and the designs of the 90s were fashionable again. Many people refer to this chunky and clean type of sneaker as a dad sneaker, which is not meant in a negative way. Unfortunately, due to the few colorways that have been released so far, there are no different widths. The general fit of the shoe, however, is described by most as true to size. So if you're looking for an 878, you can't go wrong with your usual size.