Kanye, Yeezy and the Ancient Romans 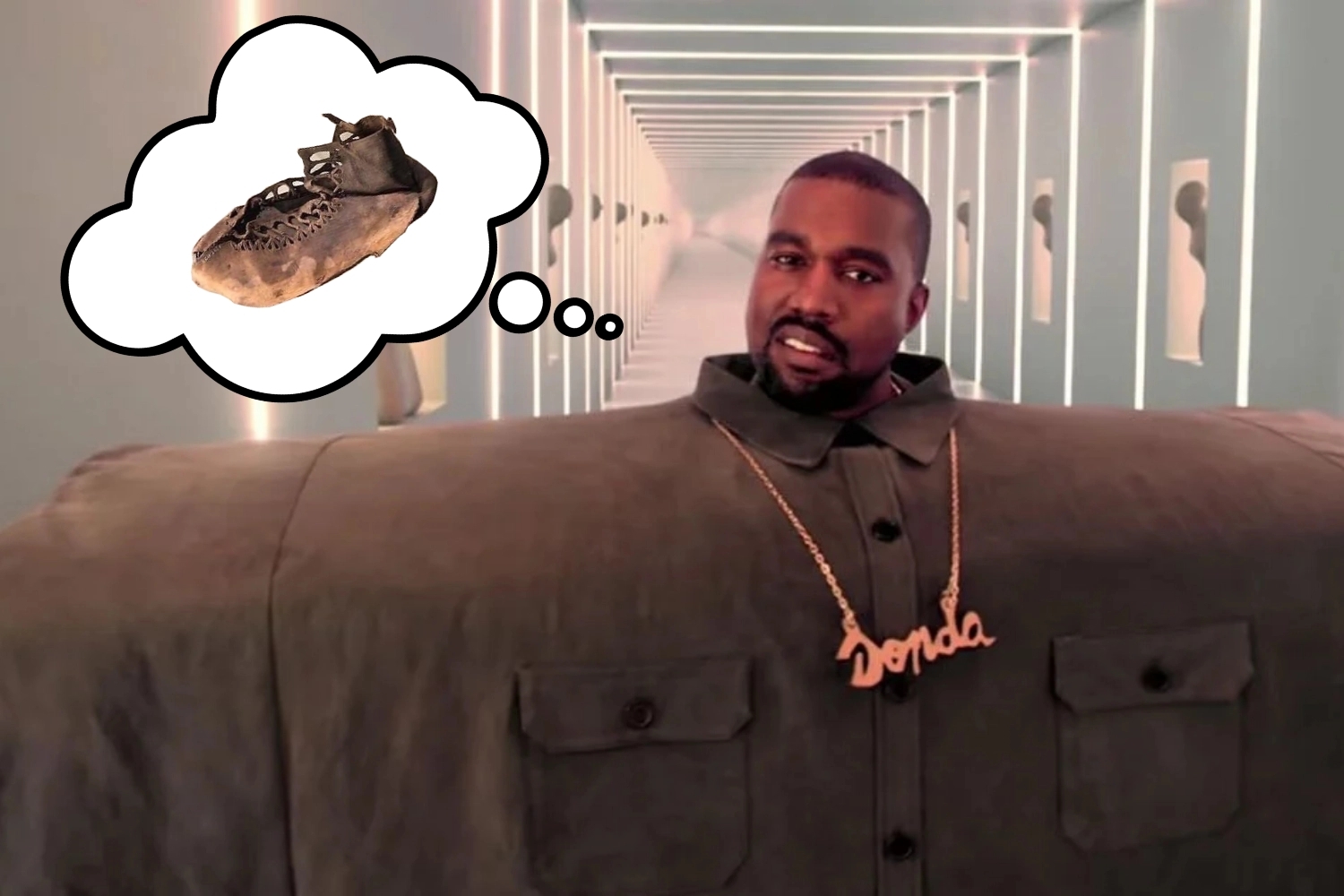 In early July 2021, a picture was shared on social media. It showed shoes made by the ancient Romans about 2,000 years ago. But somehow they remind us of a different design?

There's really no denying a certain resemblance to Kanye West's latest Yeezy models, is there? Let's take a closer look at the source of inspiration of the impulsive creative head and singer and thus also the adidas Yeezy Boost 350 V2, the Foam Runner and other silhouettes.

Are the antique kicks of the ancient Romans perhaps the predecessors of the Yeezys we are all familiar with? Kanye had said in an interview once that he had been inspired by Roman shoes for the designs of his kicks. Can that be true?

Today, the Italians are still known as excellent shoemakers for both quality and style all over the world. Most of the time, their products are categorised under the high fashion industry, which today of course includes Bottega Veneta, Versace, Moschino, Valentino, Fendi, Gucci and more!

But back to the conquerors, who are not only known as ingenious engineers, architects and sculptors. The footwear of the ancient Romans was functional and even fashionable in a sense that we still understand today!

In 2018, archaeologists in Saalburg, Germany, found a neatly crafted women's shoe that provided both protection and warmth. They were also stylish and probably a status symbol among the citizens. According to Rome Across Europe, a blog dedicated to Roman culture, the ancient civilisation of Julius Caesar, Cicero and many others actually introduced the Mediterranean world to the first shoe that encased the entire foot:

"Many had large openwork areas made by cutting or punching circles, triangles, squares, ovals, etc. in rows or grid-like patterns. Others were more closed and had only holes for the laces. Some very delicate women's and children's shoes still had thick nailed soles."

Roman shoemakers were known as pioneers and their craft was highly praised throughout ancient Europe and beyond. The style obviously travelled with the conquest, as specimens were also discovered in the outskirts of the empire.

As long as humans have been on the move on planet Earth, they have worn leather shoes to protect their delicate feet. The oldest shoe ever found in the world is about 5,500 years old. Called the 'Areni-1 shoe', it was found in 2008 by an international team of archaeologists in an Armenian cave. In combination with the cool and dry conditions of the cave, the floor was covered with a thick layer of sheep dung, which sealed and preserved the size 7 shoe.

If we now jump forward another thousand years to the time of the early Christians and ancient Romans, we see that shoes were made by professional cobblers. The Roman shoe discovered 2,000 years ago in a ditch of the Roman fort of Vindolanda near Hexham in Northumberland clearly shows that.

Besides, it really does remind you of the kicks that David Beckham used to wear.

Kanye and his sources of inspiration for the Yeezy

So Kanye, let's be honest here. What are your real sources of inspiration? As part of his 2019 Forbes cover story, Kanye West also took part in a video interview explaining how he designs new Yeezy sneaker silhouettes. Watch the full video below. When asked how the process begins, he explained, "It could start with a sketch. It could start with a vintage reference. It could start with a previous shoe that we created that we're doing a newer version of."

Then he goes into the films and experiences that influence his creative designs. For example, the Japanese animated film Akira is a big reference point for him. He also says that visiting car shows with his father as a child influenced his style. He says the moment he saw a white Lamborghini Countach for the first time was formative. Yeezy is now the Lamborghini of shoes.

You don't need to know much about Kanye West to see that he does things differently. Whether it's with his music, his entrepreneurship or his fashion design, Kanye West always has a vision that he brings to life. He is also inspired by his spirituality:

For his eighth collection, he followed up a Sunday service in Paris 2020 with a surprise show. The show included a new vision for Yeezy, stunning models for the collection and a performance by his daughter, North West.

In his album Yeezus, he sings "Keeping it 300 like the Romans". Washington Post writer Alexandra Petri uses the lyric as the basis for her commentary in 2013, because this line from the song is followed by: "300, [ladies], where's the Trojans?". Did Kanye perhaps not quite pay attention in history!? She goes on to congratulate him for the source of inspiration, which he says was a Corbusier lamp. Do some googling, because you need a lot of creativity to see the connection between a lamp and his musical album. I also particularly like the passage:

"'Why are you writing this?' you are probably saying to yourself. (Oh, who am I kidding. You will never read this. You are off somewhere being fanned by people with palm fronds and addressed as Your Worship and trying to decide what items we are going to buy each other as Christmas presents in 2043.)"

Finally, I would like to recall the rumours swirling around both Kim Kardashian and Kanye West in the spring of 2021 that they had illegally acquired an ancient statue from Rome. Initially, Kim Kardashian West was suspected of having imported an ancient Roman statue that US authorities said had been looted from Italy. But according to Artnet, court documents from California state that Kardashian bought the sculpture the same year from Belgian dealer Axel Vervoordt, who had previously decorated her Calabasas villa.

Citing a "source connected to the situation", TMZ reported that West acquired the sculpture as part of a larger purchase that included other artworks - without Kardashian's knowledge. The sculpture was seized by Los Angeles authorities back in 2016 after a 5.5-tonne shipment of antiques worth $745,000 arrived with Kardashian listed as the consignee and importer.

The Yeezy Boost 350 and other popular models

Quirky, quirkier, Kanye - I think we've established that now. But let's move on to his hyped kicks. In 2021, the Yeezy Foam Runners shook up the sneaker world. If you think back to the picture from the beginning of the post, a connection to the ancient shoes can definitely be made here, what do you think?