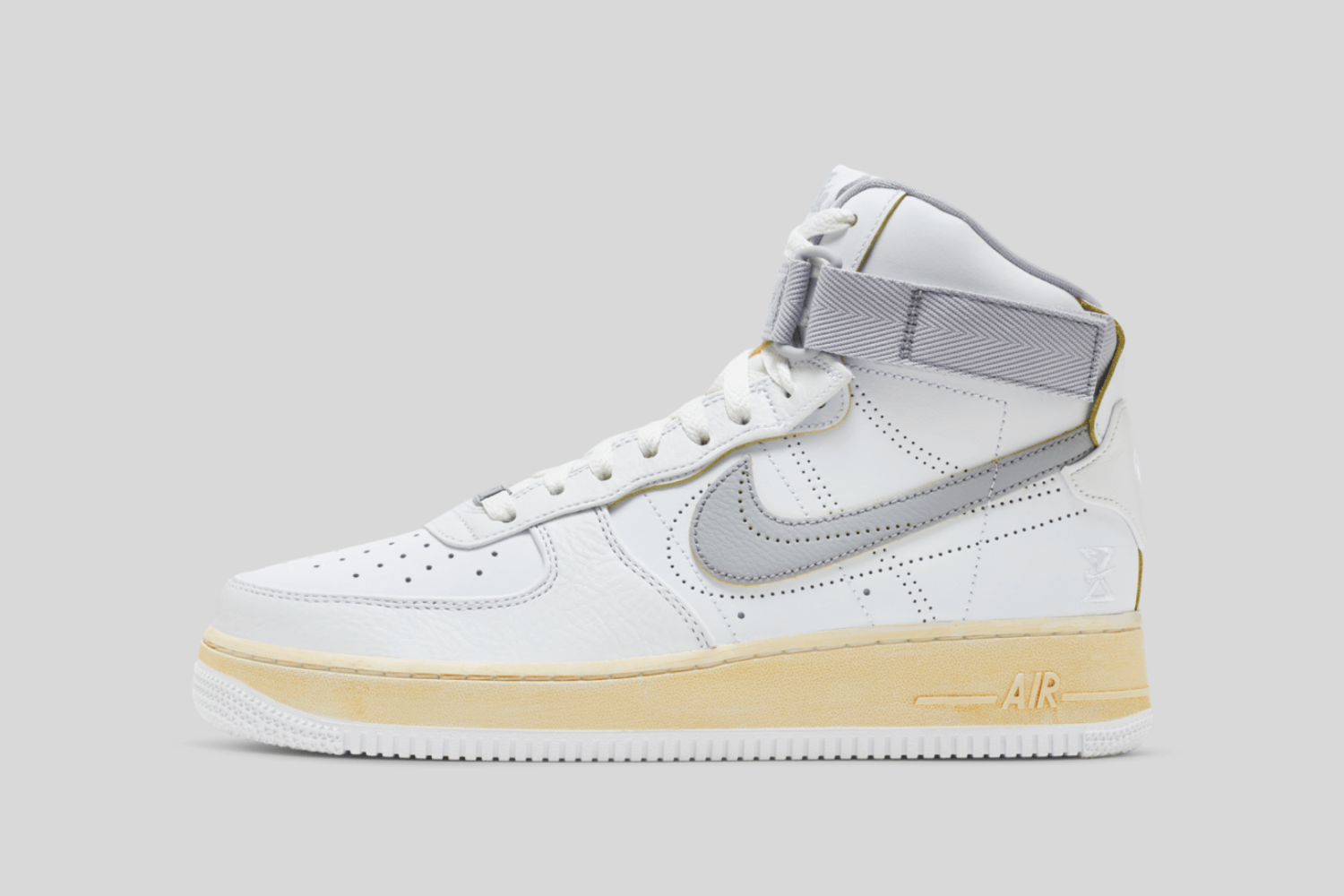 Nike comes out with a new colorway of the Air Force 1 High. The Air Force 1 celebrates its 40th anniversary in 2022 and does so with different colorways and variations. The upcoming Air Force 1 High does not have an official release date yet. However, we can expect the colorway in 2022.

The Air Force 1 was first released in 1982 in a High version. The sneaker was particularly successful on the basketball court and was the first Nike sneaker with Air technology. In recent years, the model received a Low and Mid variant and the sneaker is also a popular model off-court.

Now the Air Force 1 High is getting a new colorway. The sneaker seems to take its inspiration from the first colorway of the AF1 and combines silver details on the white upper. Also, the yellowed midsole gives the sneaker its retro look. A notable twist are the additional layers on the center panel and heel.

For example, on the center panel we see a double Swoosh. One Swoosh is grey and the other one is perforated on top of the grey one. The strap at the heel is gray and matches the Nike branding on the heel. Also, the heel tab is placed twice on the heel. This gives the Air Force 1 High a special twist.

When the Nike Air Force 1 High will be released is still unknown. However, we can expect this pair in 2022. Keep an eye on the release calendar and stay up-to-date. 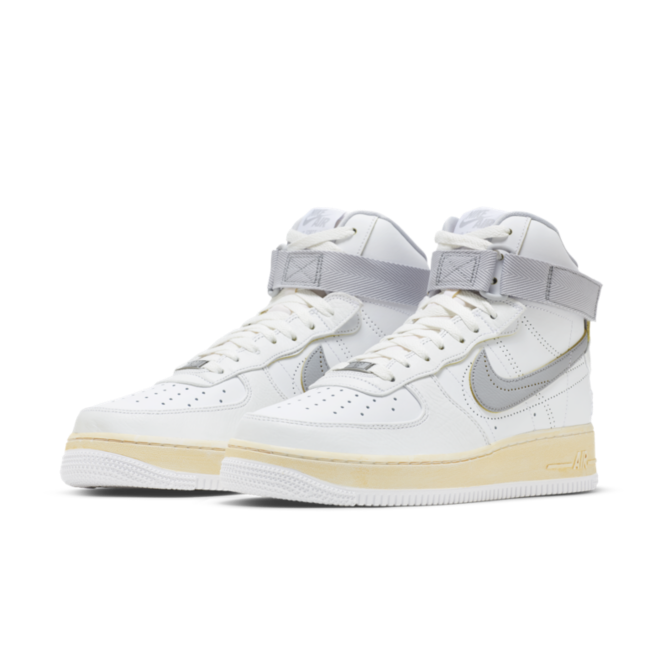 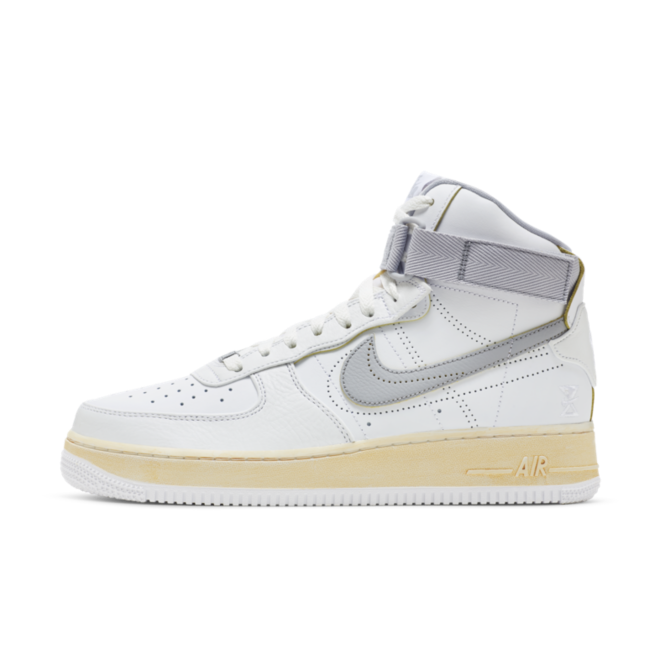 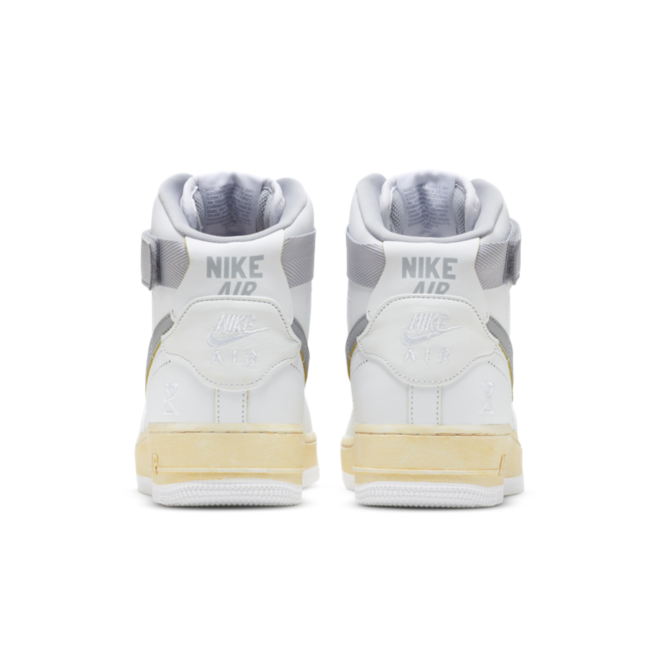 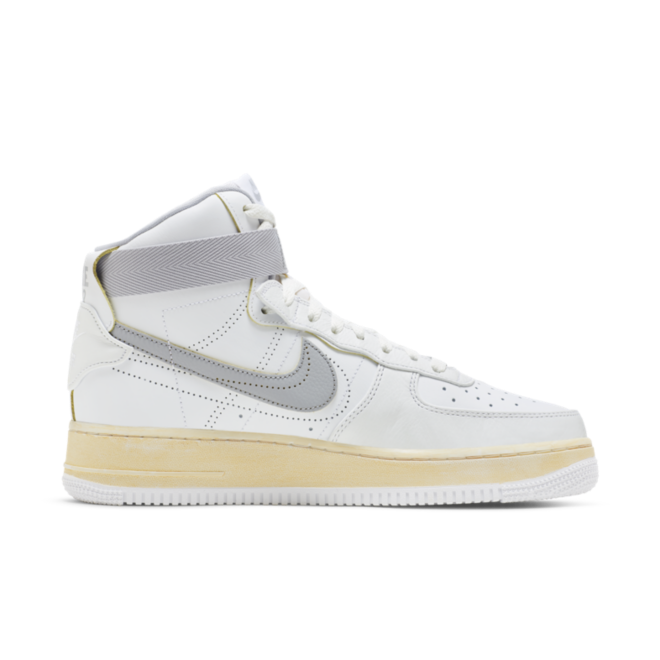 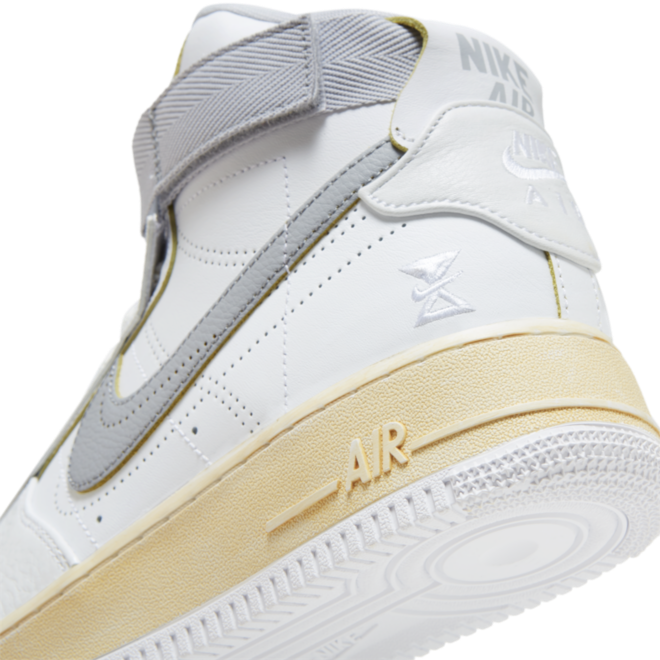