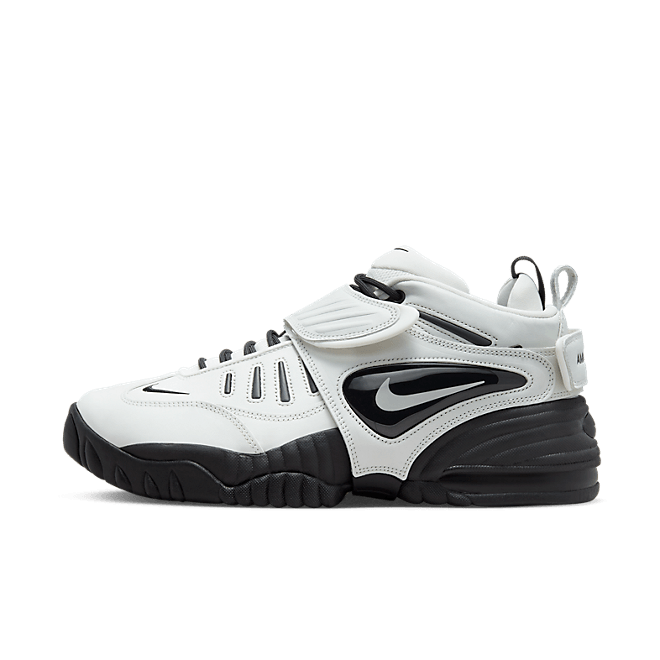 Yoon Ahn of AMBUSH joined forces with Nike once again to design a couple of colorways on the Nike Air Adjust Force model, with a ‘Summit White’ and a ‘Psychic Purple’ version. This was the model’s first reappearance since its release in 1996, emerging with a slightly slimmer silhouette, and a Nike Grind sole constructed from recycled materials as part of Nike’s Move To Zero campaign.

The AMBUSH ® x Nike Air Adjust Force 'Summit White’ places a simple black and white colorway on the 90s basketball sneaker, with a predominately white leather upper sitting on a black midsole and featuring multiple black details including the laces and mid-panel. A flash of purple from the insole adds another dimension to the colorway.

AMBUSH’s logo can be seen on the heel, while the Nike Swoosh appears on the upper twice, and once on the tongue. An interchangeable shroud around the midfoot can be worn or removed, and even mixed up with another colorway of the model.