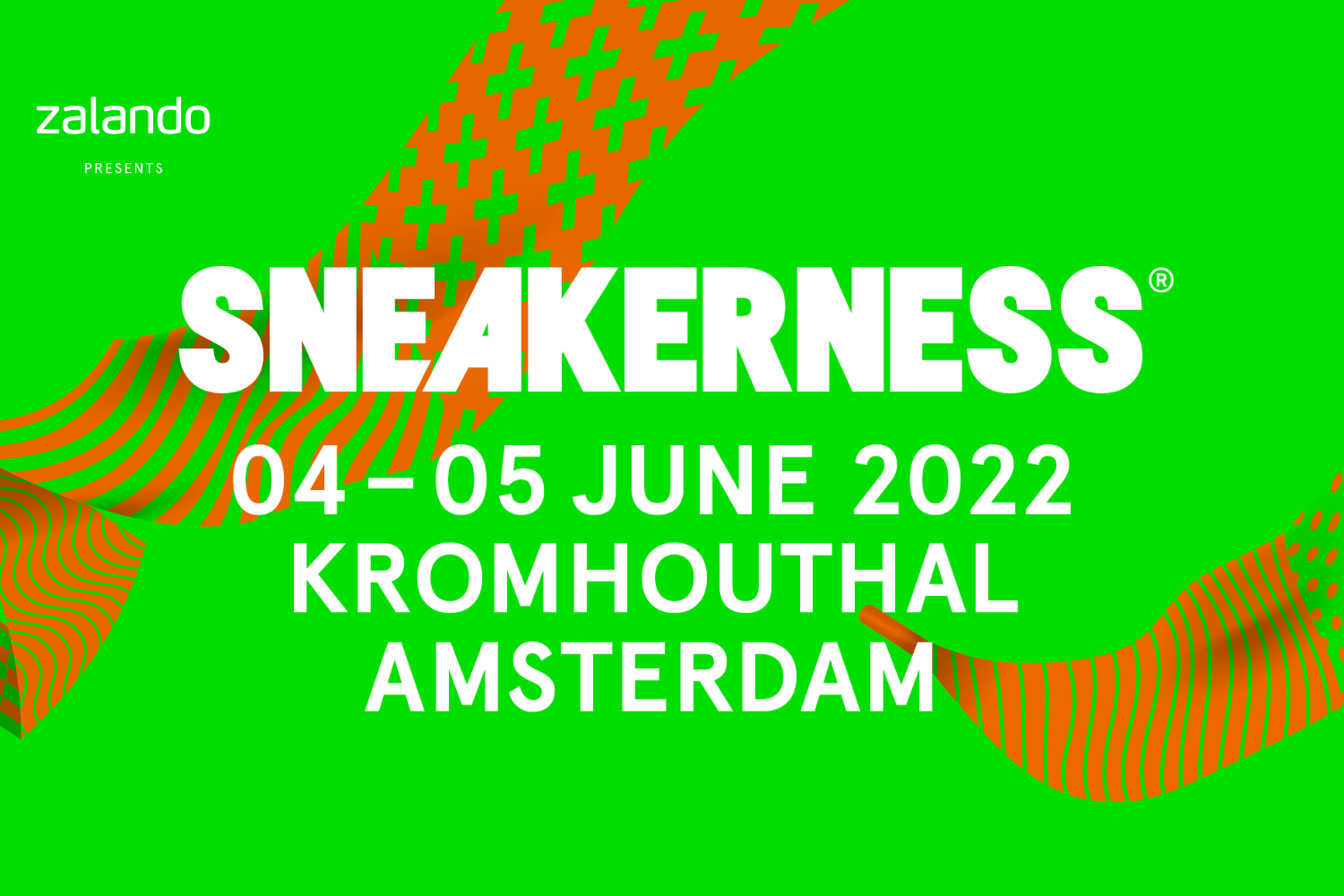 Zalando is the presenting partner of Sneakerness 2022. The previous edition in Zürich was a great success for both of them. Also for the next event in the Kromhout Hall in Amsterdam the fashion retailer has a lot in store.

Don't you have an outfit yet for Sneakerness Amsterdam on June 4 and 5, 2022? Then click on the button below.

Sneakerness is one of the biggest sneaker events in the world. Since 2008, annual editions have been organised in different cities in Europe and beyond. The next edition in Amsterdam will be held on Saturday 4 and Sunday 5 June in the Kromhout Hall. During this event there are a lot of different activities to do. You can walk along different stands for hours to see and buy limited edition sneakers, but there are also a lot of other things to do, since Sneakerness is also about lifestyle.

Zalando is also present at the big sneaker event Sneakerness. They provide a lot of different activities. You can participate in a competition to win an artwork of Jonas Cozone and you can watch the Convo Talkshow live with Armin Shah, Yuki Christus and Defano Holwijn. At the Convo liveshow Big2 and Careaux will be guests and they will talk about the nostalgia of iconic sneakers and culture in the Netherlands.

Zalando also went to Zurich with Sneakerness. Here you could also win artworks from Jonas, but also do a lot of other activities. The images below are from the sneaker event in Zurich.

Zalando is a large online fashion and lifestyle platform founded in 2008 in Berlin, Germany. At Zalando you can buy your favourite clothing brands, but also exclusive sneakers are released here. The brand is increasingly committed to street culture and gives them a platform.

Next to Sneakerness, Zalando prepared something else for the Dutch sneaker community. Zalando's 'Go Noticed' campaign can already be seen in several countries and now it's also in the Netherlands. With the 'Go Noticed' campaign, the German fashion retailer gives a platform to the local communities of Amsterdam, Rotterdam and Eindhoven. The whole campaign was created in collaboration with Glamcult Studio.

In Rotterdam, Zalando has highlighted the skate collective NEW WAVE. This collective provides a safe space for female and LGBTQ skaters. Negara Faghir and Kim Butter are committed to empowering individuals who are underrepresented and overlooked in skateboard culture and society.

Three different talents have been highlighted for Amsterdam. Rapper Leafs is committed to young people with the same background as him and tells through his songs how this has shaped him.

The other duo are the sisters Tisja and Ziarah Janssen. The two Sisters make art together with the vision of a more inclusive world.

The final city to represent the 'Go Noticed' campaign is Eindhoven. Breakdance group The Ruggeds are inspired by the culture of Breaking. As a group, but also as individuals, this culture has taught them to be original.

Sneakerjagers and Zalando wish you a great time at Sneakerness 2022!