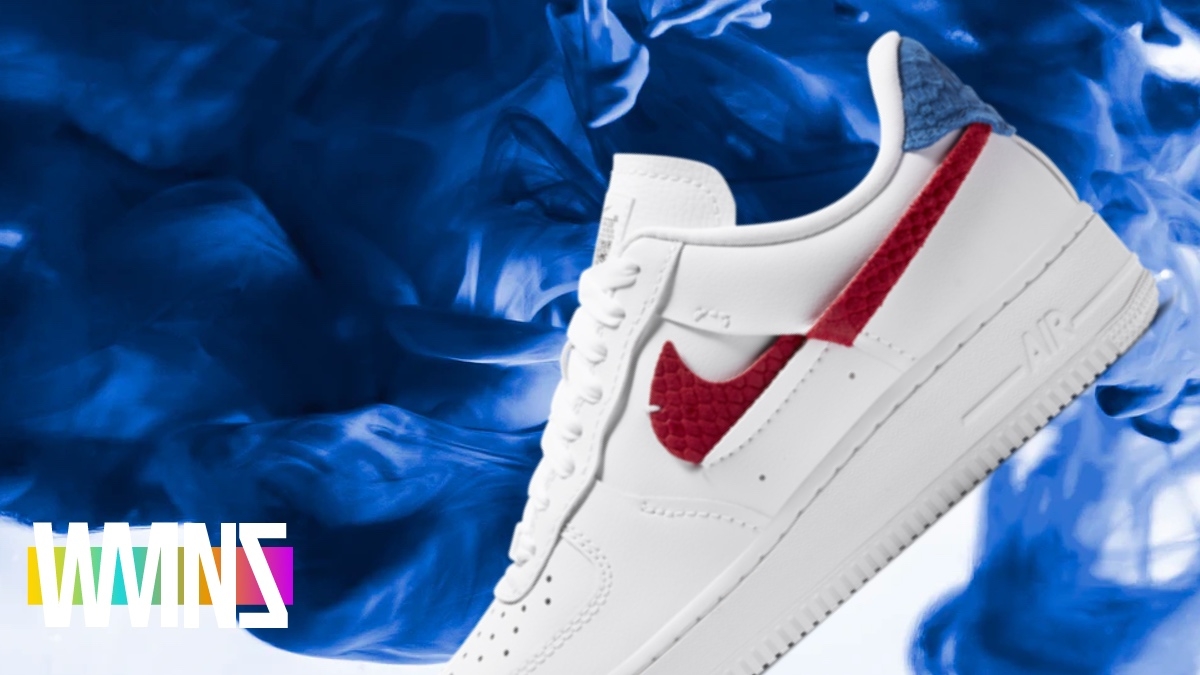 This message will please you, dear girls of our sneaker community! An Air Force 1, only for us ❤️ But not at all because we begrudge the guys, but more because the chance of copping is automatically higher 👏 (If the stupid bots and unfair players stay away 🤬). At the beginning of the year, I already told you that there will be some animal prints this year. And everything that has to do with snake patterns. And yesss, here we go! On Sunday, September 20th at 09.00 am the Nike Air Force 1 LXX releases the colorway 'Snakeskin'.

Nike itself describes the design of the Nike Air Force 1 LXX silhouette as 'a remake of the basketball icon from the 80s'. If you've lost sight of it, the colorway of one of the last of your favorites in this series will tell you something: Light Orewood Brown/Light Arctic Pink. That's right, the one that was brown on one side and pink on the other side 😍. If it doesn't click there, you'll get a picture in your mind when I say 'vandalised' 💡. On these Nike Air Force 1's the swoosh was cut in the middle and put on the sneaker. The front part of the swoosh was then sewn onto an extra layer of the upper, which is 'behind' the other 2.

And now to the current release. The Nike Air Force 1 LXX 'Snakeskin' got a complete white leather upper. On this white leather upper the swooshes in suede offer a great contrast. The swooshes have a snake print or die cut to create the snakeskin effect. For the coloring of the swooshes, red and blue are the main colours. But it wouldn't be the vandalised one, if it was just left on. No, as you can see in the pictures below, one colour runs along one side of the swoosh and then changes to the other colour at the heel. So we have the familiar change again, as already mentioned with 'Orewood Brown'.

On the right sneaker, the heel patch is in red and the Nike logo is stamped in here. On the left side the same happens in blue. The soles are also coloured, one blue, the other red. And the label, which is normally on the inside of the tongue and shows the size and info of the sneaker, is added here on the front of the tongue. Vandalised as a common thread.

There are no surprises with the price, because you already know the price of 110€. One thing I can promise you girls: You'll have to get up early on Sunday morning, because this sneaker will be sold out very fast. The combination of colours, AF1, snakeprint and WMNS, make this sneaker a must-have.

A little tip: Keep an eye on the release calendar, because as the release date of the drops can change from time to time this year. Good luck with a good copping moment girls!