With Air to success - A Nike Air Max Story PART 2 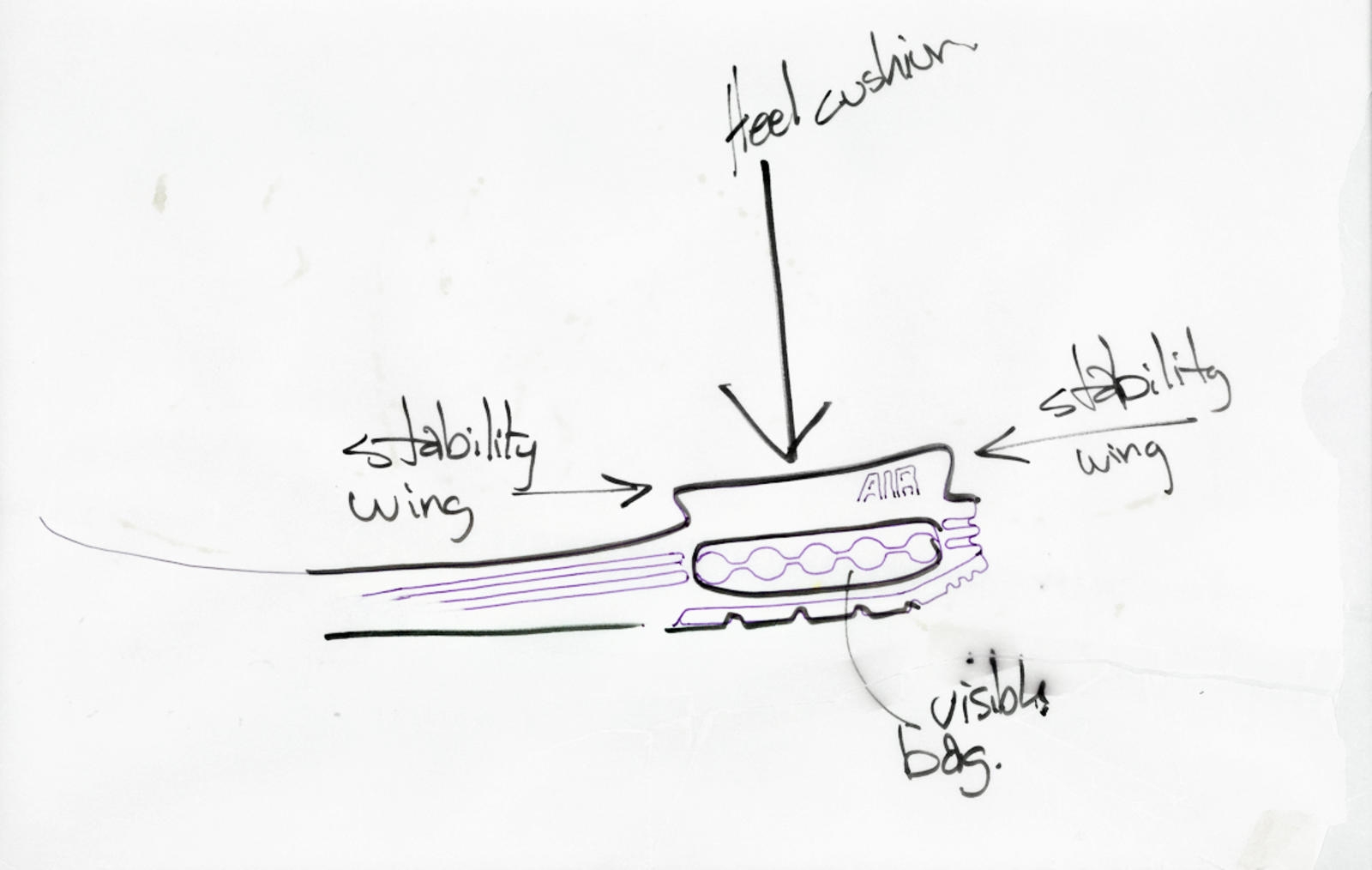 Yoo dear community! I hope you all have a nice, sunny weekend with lots of relaxation! ☀️ Tomorrow a new week starts again and the daily routine starts again. If, like me, you all have a really relaxed weekend and can start into the first week of the month with easy and full motivation, you can consider yourselves lucky. But if you had to drink a full pot of coffee to get through today, you can at least look forward to the second part of our Nike Air Max Story! ? Today we're going to focus on further developing the Nike technology on our favorite Air Max models!

Nike Air is not a shoe. If you don't know this quote and you just think: "Uh if not a shoe, what should Nike Air be?" Then you should first read the first part of this story highlight! You don't watch the second episode of a new series before the first one, do you? ? Click here for the first part ➡️ With Air to success - A Nike Air Max Story PART 1

So now that you've all read the first part, you know how important Marion Franklin Rudy was to all of Nike Air's technology and the success Nike has enjoyed today. Interesting, huh? But enough rave reviews, now we can start the sequel right away. And let's go!

The hype around the Air-cushioned running shoe increased steadily until the 80s. A major sticking point was that researchers at the University of Tennessee discovered through testing that athletes actually use less energy when running in the Nike Tailwind than in other conventional running shoes! This gave Nike a unique selling point in the market.

But then, in the mid-80s, time changed and music, art and design entered a new, looser, more street-based era. From here on, there was a greater appetite for people to try something new and different, partly because this new era offered plenty of room for creativity and inspiration.

Nike's MVP & The ONE

In basketball, an MVP is the player who is the most valuable player on a team. That's the position of Nike's then inspirational and iconic designer at the brand with the Swoosh. Tinker Hatfield. He is a pioneer and the creator of many of the Nike Air Max models we love so much! His creativity led to innovations like the visible Air element in the late 80's, laying the foundation for more than 30 years of Air history.

To be more specific, that foundation was laid by the one and only Air Max 1 in 1987. THE ONE got the very first visible Air unit and combined innovative sports technology and contemporary design.

3 years later, Nike continued these changes in both aesthetics and manufacturing. More new silhouettes were needed to make a statement and match the fresh design of the Air Max 1. There was the added difficulty that the new decade also had a new soundtrack. Rap or Hip-Hop became big & Brit-Pop dominated the charts. Streetwear was born with the equivalence of sport and culture in the 90s - or at least got it going.

The bold look represented by the 1990 released Air Max 90, as well as its predecessor the Air Max Light, was reflected in all the other Air Max models. Each new silhouette had its own unique character and always offered a new exciting design and an evolution of Nike's Air Max technology. The Air Max 180, Air Max 95, Air Max 97 and also the Air Max 98 are just a few of the models of this decade that continue to dominate today's street style.

These Air Max models, designed from the early 1990s until the Air Max Plus in 1998, helped change the way people dressed. Air Max and increased BPMs in clubs ensured that sportswear was welcome at parties all over Europe.

After the 90's described the most formative decade in Air Max history, Nike worked hard in the following years to take Nike Air Max technology to the next level. In 2006, the Nike Air Max 360 was released. It was fitted with an Air unit that stretched across the entire sole of the shoe and was visible from every viewing angle!

The latest models that shape our time today have all received the latest and, to date, most comfortable cushioning technology from Nike. The Nike Air Vapormax came in 2017 and from then on, it was a sole that was a complete Air unit with no other sole elements! 2018: The Nike Air Max 270 was designed. A futuristic sneaker with a retro touch, which as a lifestyle silhouette aroused a lot of interest especially among the generation Z. A sequel was the Nike Air Max 720 one year later. The bulky Air unit and the futuristic design make the silhouette one of the most exciting sneakers of the 21st century. Plus, the airbag here is the highest in the Air Max timeline!

Then this year the US-American sportswear brand gave us a new Air Max silhouette! The Air Max 2090 represents with its fresh design the future-oriented attitude that Nike takes with its new models. Inspired by the nostalgic silhouette of the Nike Air Max 90, the new 2090 model was released to coincide with this year's Air Max Day on March 26.

On the occasion of the Air Max Day 2020 a very cool video was also produced. It gives a good insight into the philosophy and perception of people who see more than just shoes with cushioning behind it all. I have added the video "THE STORY OF AIR MAX: 90 TO 2090" below. Enjoy!

If you like to get more information about the Nike Air Max have a look into our Newsblog. And in our Sneaker Collection - there you will find many different colorways! Have fun!