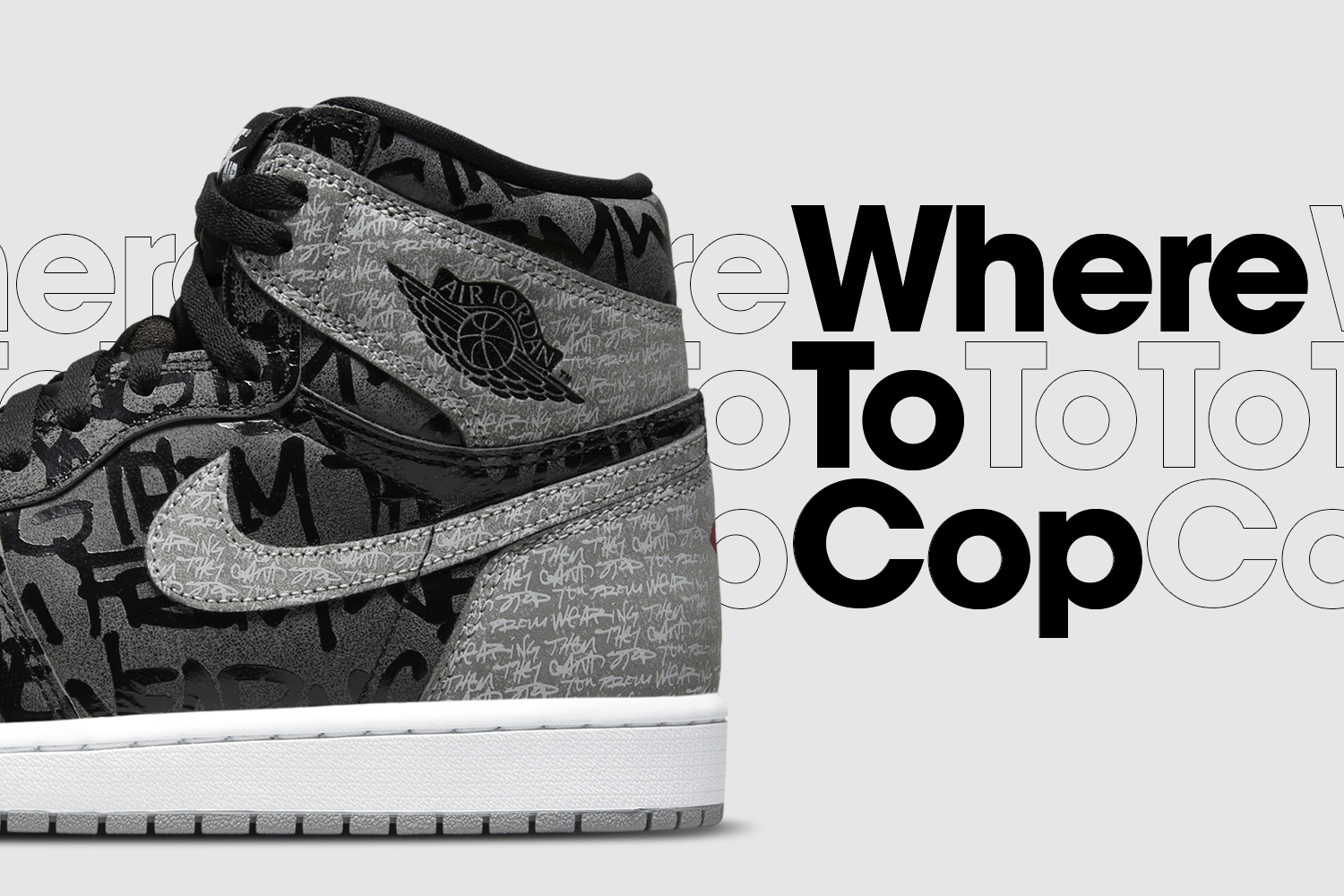 The 'Rebellionaire' will be released this weekend. During Michael Jordan's basketball career, his sneakers were banned once because they went against NBA rules. With the 'Rebellionaire', this history is honoured again.

The quote 'They Can't Stop You From Wearing Them' is printed all over the sneaker. This quote was also used in the Air Jordan 1 commercial from 1985. Two red crosses are placed on the heel. These crosses refer again to the fact that the sneaker was banned at first.

The upper is dark grey and has the famous quote stitched into it in black. The overlays and heel are light grey, with the quote in white. The Swoosh is grey again and matches the toe and heel, while the outsole is light grey.

The upper of the 'Rebellionaire' is made of leather. The label on the tongue features the Nike logo and the Wings logo can also be found on the heel.

The Air Jordan 1 Retro High OG 'Rebellionaire' will be released on March 12, 2022. The sneaker will be released at 9:00 a.m. sharp, so don't forget to set your alarm clock. Click on the shop below to check the release.

The Air Jordan 1 Retro High OG 'Rebellionaire' is also available through various raffles. These raffles are already open. Just click on the shops below to register directly. Again, the sneaker drops on March 12, 2022 at 9:00 a.m.

If you missed the release of the 'Rebellionaire', score the pair via the marketplaces below. This is where the sneaker will be available after its release.

The Air Jordan 1 Retro High OG 'Rebellionaire' will be released on Saturday, March 12, 2022. The sneaker will come online at 9:00 a.m. sharp. Keep an eye on our release calendar for more releases. Good luck with scoring this pair!