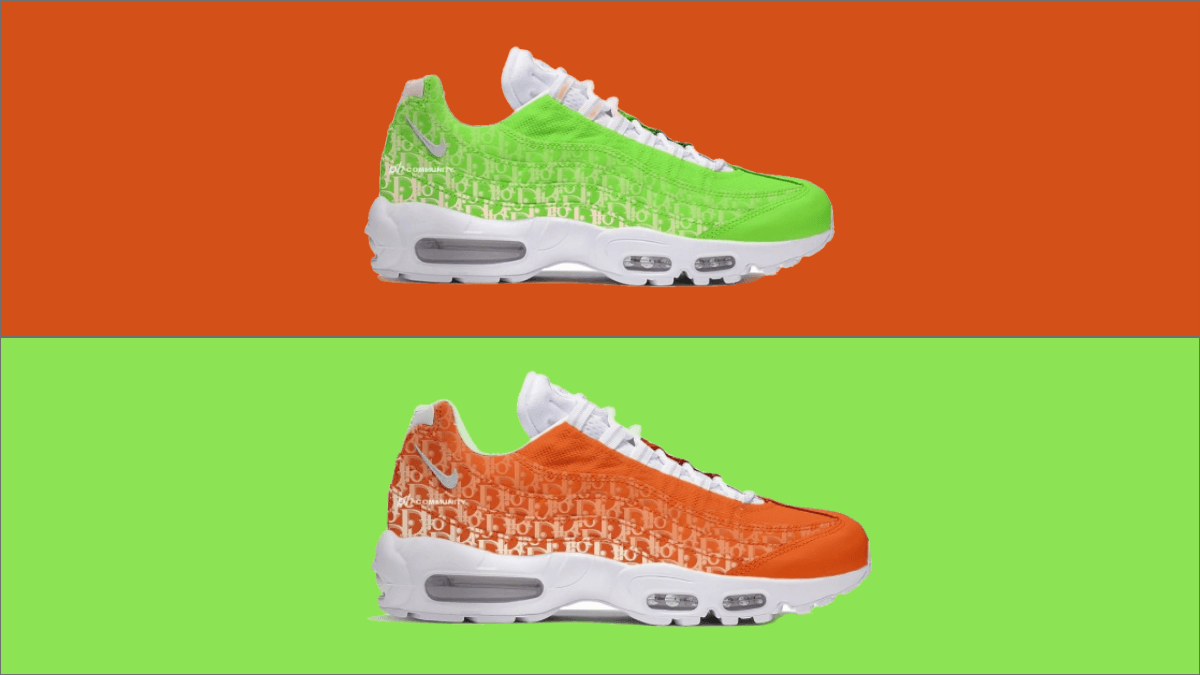 [Update 29. November 2020] Air Jordan x Dior, was probably the most hyped collaboration of the year. The French fashion house together with the sneaker of a basketball player, unthinkable a few years ago. But the couple of Jordans and the complete Air Dior Collection, doesn't seem to be the end of the collaboration. As according to @ph__community, there will be two Dior x Nike Air Max 95 in 2021. What are the two supposed to look like?⬇️⬇️⬇️

Exact release information is not yet known. But we assume that the two Dior x Nike Air Max 95 Colorways will release in June 2021. What the Nike's will cost is not yet clear. However, the shoes are likely to have a quite high retail price, as the Dior Jordan 1 were already very expensive.

The design of the Dior x Nike Air Max 95

First of all, one thing is immediately noticeable, both Colorways are extremely striking, because of their colours. One neon orange, the other neon green. In these colours you can see the Dior Oblique pattern, which is getting paler from level to level. All in all Kim Jones, the creative director of Dior, uses the logo of the French luxury brand rather unobtrusively, but the colours attract enough attention.

Kim Jones - the Mastermind of Collaborations

Kim Jones is the Creative Director for Dior Menswear and more recently for Fendi as well. Since joining Dior, Kim Jones has initiated several collaborations, whether with Stüssy or Kaws. Due to that Dior has become much more relevant in parts of the streetwear scene. If you think the Air Dior collaboration was the highlight of Kim Jones' collaboration career, you are wrong. Before Jones designed for Dior he was the creative director at Louis Vuitton. There was also the person responsible for what may have been the most hyped collaboration of all time, the Louis Vuitton x Supreme Collab. So Kim Jones is perhaps is the designer, who has had the biggest influence on the combination of streetwear and high fashion.

So now back to the Dior x Air Max 95, as soon as there are more pictures or new release info, you'll find it immediately in our updates.